Accessibility links
'Bitter Sweet Symphony' Credits And Royalties Given Back To The Verve By Jagger, Richards A songwriting dispute left the Britpop band bereft of royalties from its biggest hit, "Bitter Sweet Symphony." More than 20 years later, Mick Jagger and Keith Richards have signed over their rights. 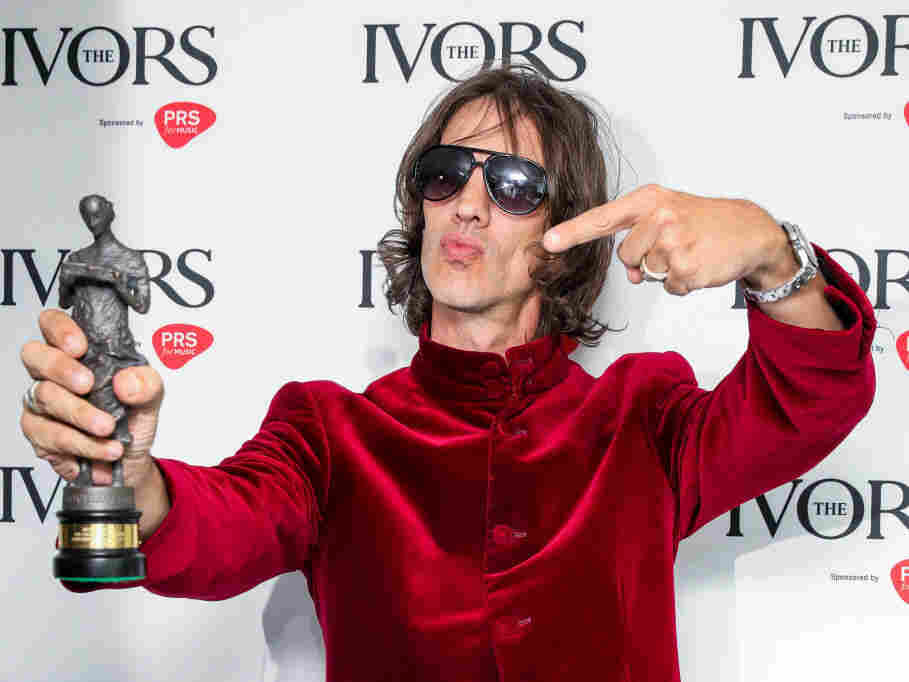 Richard Ashcroft, frontman of The Verve, poses with his Ivor Novello Award on Wednesday in London. A songwriting dispute had left the Britpop band bereft of royalties from its biggest hit, "Bitter Sweet Symphony." More than 20 years later, the Rolling Stones' Mick Jagger and Keith Richards have signed over their rights. Tristan Fewings/Getty Images hide caption 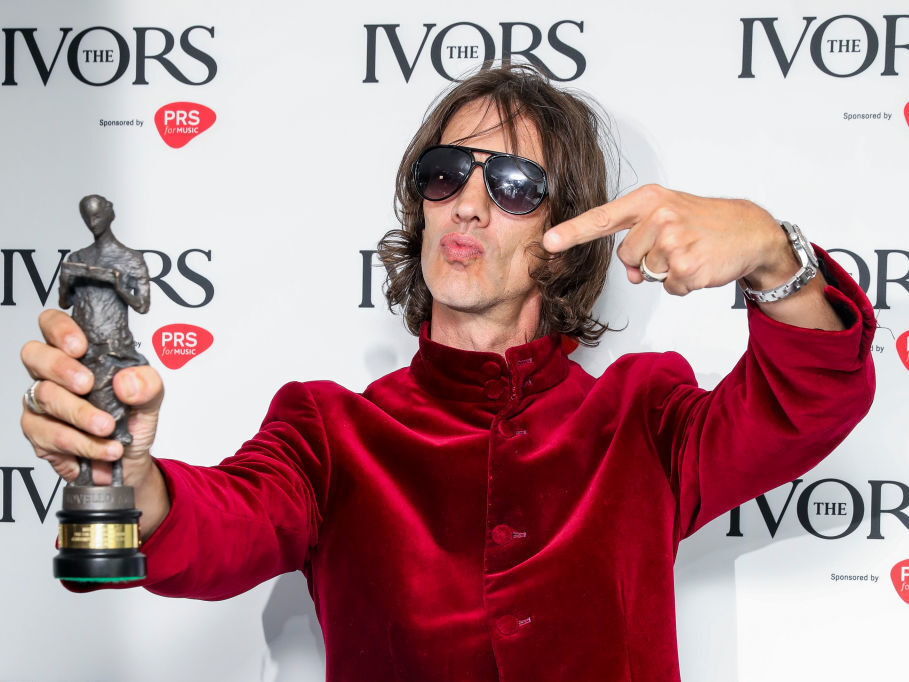 Richard Ashcroft, frontman of The Verve, poses with his Ivor Novello Award on Wednesday in London. A songwriting dispute had left the Britpop band bereft of royalties from its biggest hit, "Bitter Sweet Symphony." More than 20 years later, the Rolling Stones' Mick Jagger and Keith Richards have signed over their rights.

After more than 20 years, the Rolling Stones and The Verve have resolved a sour dispute over the authorship of the song "Bitter Sweet Symphony." The Verve's frontman and co-founder, Richard Ashcroft, announced on Wednesday that the situation has finally been laid to rest.

Ashcroft explained the change as he received a lifetime achievement honor — an Ivor Novello Award, a British prize for songwriting and composition. "As of last month," Ashcroft said in comments reported by the BBC, "Mick Jagger and Keith Richards signed over all their publishing for 'Bitter Sweet Symphony,' which was a truly kind and magnanimous thing for them to do." A rep for the Rolling Stones confirmed the change to NPR.

Last November, however, Ashcroft struck a clangingly different chord about the financial dispute in an interview for the Consequence of Sound podcast Kyle Meredith With.... At the time he said, "I'm coming for that money. Someone stole God-knows-how-many million dollars off me in 1997, and they've still got it."

The Verve, a Britpop band that has broken up and reunited several times but gave its last performance in 2008, first became famous in 1997 on the strength of "Bitter Sweet Symphony," which became a hit in the U.K. and the U.S. and across Europe.

Nearly from the get-go, however, the tune's authorship was challenged: The Verve's lead singer, Ashcroft, wrote the lyrics, but the song's instrumentals leaned heavily on a version of the Stones' "The Last Time" — specifically, on an orchestral arrangement recorded in 1965 by the Andrew Oldham Orchestra, a side project from Andrew Loog Oldham, the Stones' manager and record producer, who enlisted various session musicians and arranger David Whitaker to create symphonic versions of Stones songs.

The Verve received permission from Decca, the record label that had released the orchestral album, to use a few notes of the string melody from the Andrew Oldham Orchestra instrumentals in exchange for half of The Verve's royalties on "Bitter Sweet Symphony."

But Allen Klein, who managed the Stones in the late 1960s and who controlled the band's song copyrights through 1970, sued The Verve for plagiarism shortly after "Bitter Sweet Symphony" was released, saying that the younger Brits had used far more of "The Last Time" than was mutually agreed upon and that The Verve's use was not just a small sample but infringed on the songwriters' rights.

In late 1997, The Verve settled with Klein; the band gave Jagger and Richards songwriter credits on "Bitter Sweet Symphony" and gave its publishing royalties to ABKCO Records, Klein's company.

Oldham, meanwhile, separately sued The Verve in 1999 for about $1.7 million in mechanical — that is, songwriter — royalties. As a result of the two suits against The Verve, all royalty payments on "Bitter Sweet Symphony" went to Oldham, Jagger and Richards for many years. It's not clear how much money that represented in the years since The Verve hit it big, but in 2008, Oldham joked to British magazine Uncut that he had purchased "a pretty presentable watch strap" with his share of the song.

Ashcroft told the BBC after Wednesday's ceremony that he found the agreement "life affirming" and added that there is at least one ancillary benefit: He can watch international soccer tournaments again.

"They play ['Bitter Sweet Symphony'] before England plays," he observed. "So I can sit back and watch England ... and finally just enjoy the moment."