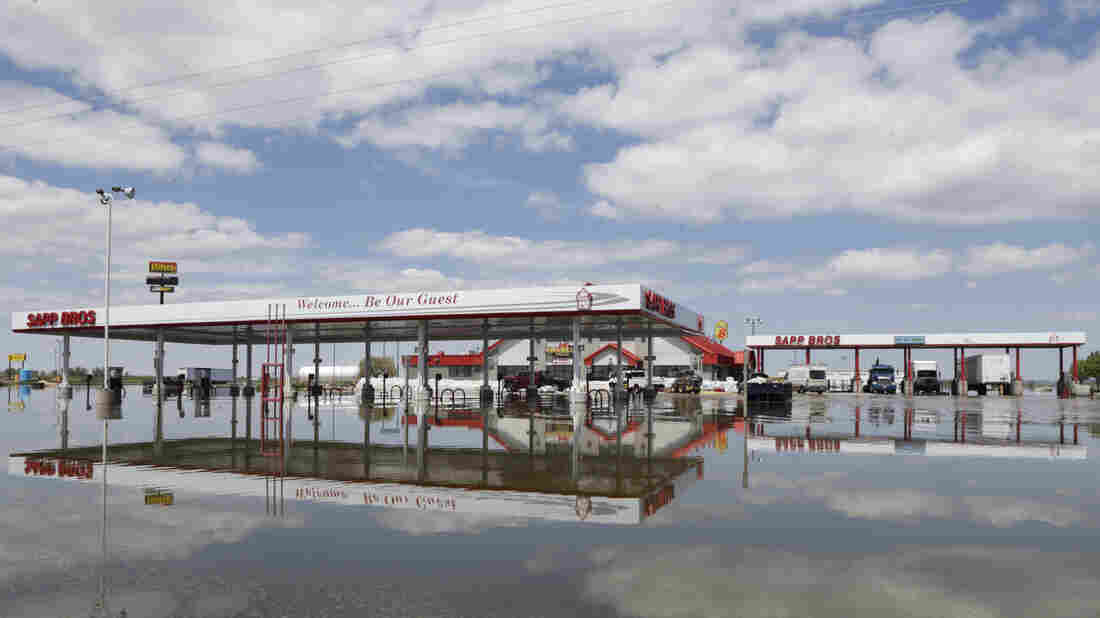 A Sapp Bros. gas station in Percival, Iowa, stands in floodwaters from the Missouri River on May 10. Lawmakers have reached a deal on disaster aid that they say President Trump will sign. Nati Harnik/AP hide caption 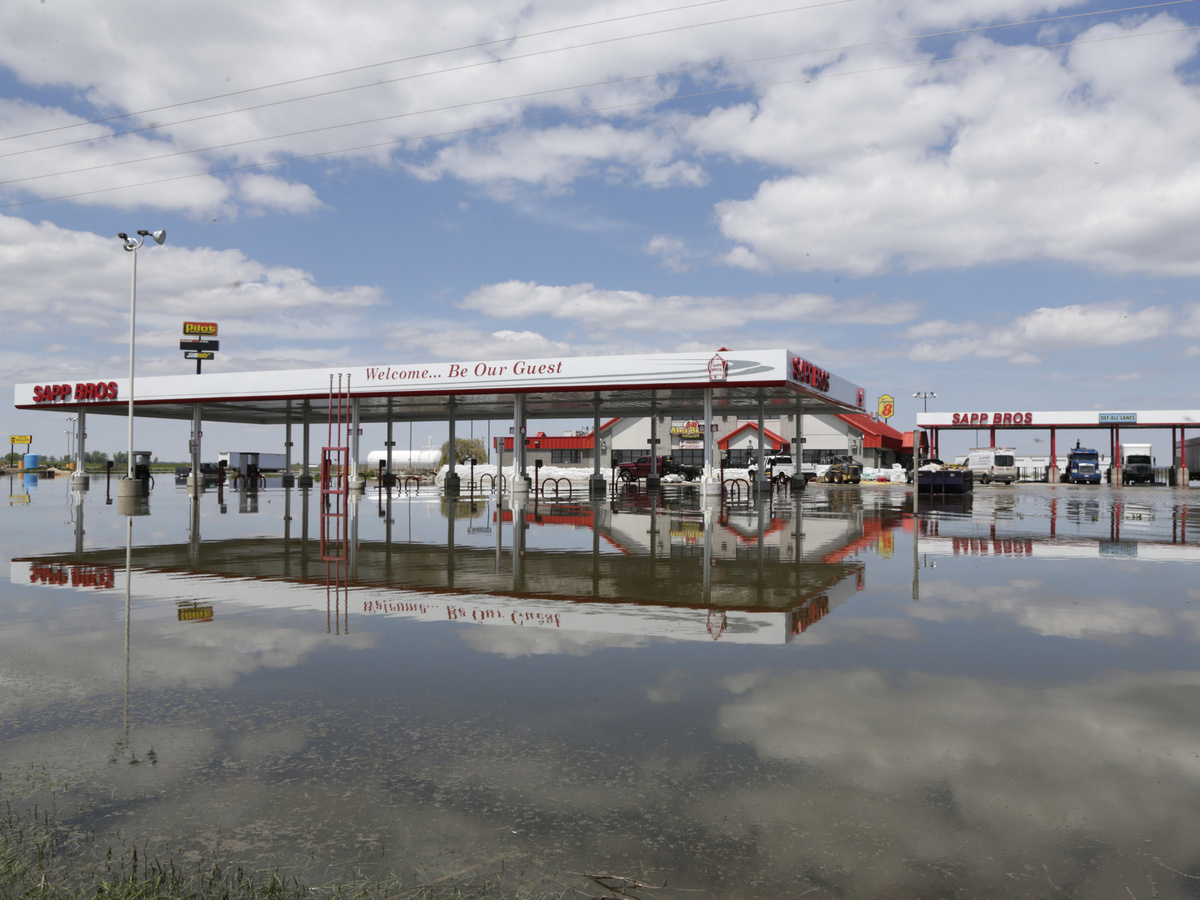 A Sapp Bros. gas station in Percival, Iowa, stands in floodwaters from the Missouri River on May 10. Lawmakers have reached a deal on disaster aid that they say President Trump will sign.

The Senate approved a $19.1 billion disaster aid package Thursday that includes money for states impacted by flooding, recent hurricanes and tornadoes, as well as money for communities rebuilding after wildfires.

The bill also includes funding for Puerto Rico, which is still recovering from devastating hurricanes in 2017. The president had previously resisted sending additional money there, a stance that derailed talks on disaster funding in April.

The deal does not include any funding for any border-related programs, something that the White House had sought. Shelby said he spoke with the president about the legislation, and that Trump was supportive of it.

"The president said OK," Shelby said. "I'm sure he wanted the border ... but we took that all out and we're going to try to push that separately."

Shortly before the Senate voted on the plan, the president told reporters at the White House he did not want to hold up the disaster aid to get additional funding for his immigration priorities.

Vermont Sen. Patrick Leahy, the top Democrat on the Senate Appropriations Committee, told reporters that he and Shelby worked on the proposal late into the night and throughout the day on Thursday to include funding for recent disasters that have occurred since they first started negotiating several months ago.

Leahy said he could not explain why Trump decided to accept the agreement, including the controversial money for Puerto Rico, after several months of objections.

"I would have just simply passed this several weeks ago," Leahy said. "I just want it done."

The House of Representatives has already left for its Memorial Day recess, but the legislation could be passed by unanimous voice vote now that the Senate has approved the package.

"House Democrats support clearing it through the House as soon as possible," said committee spokesperson Evan Hollander ahead of the Senate vote. "Chairwoman Lowey is pleased that President Trump and Republicans have agreed to bipartisan, comprehensive disaster relief legislation that will meet urgent needs across the country."