Accessibility links
Julian Assange Faces New Charges In War Logs, State Cables Case A grand jury in the Eastern District of Virginia returned a superseding indictment with 17 more charges against the founder of WikiLeaks in connection with leaks by Chelsea Manning. 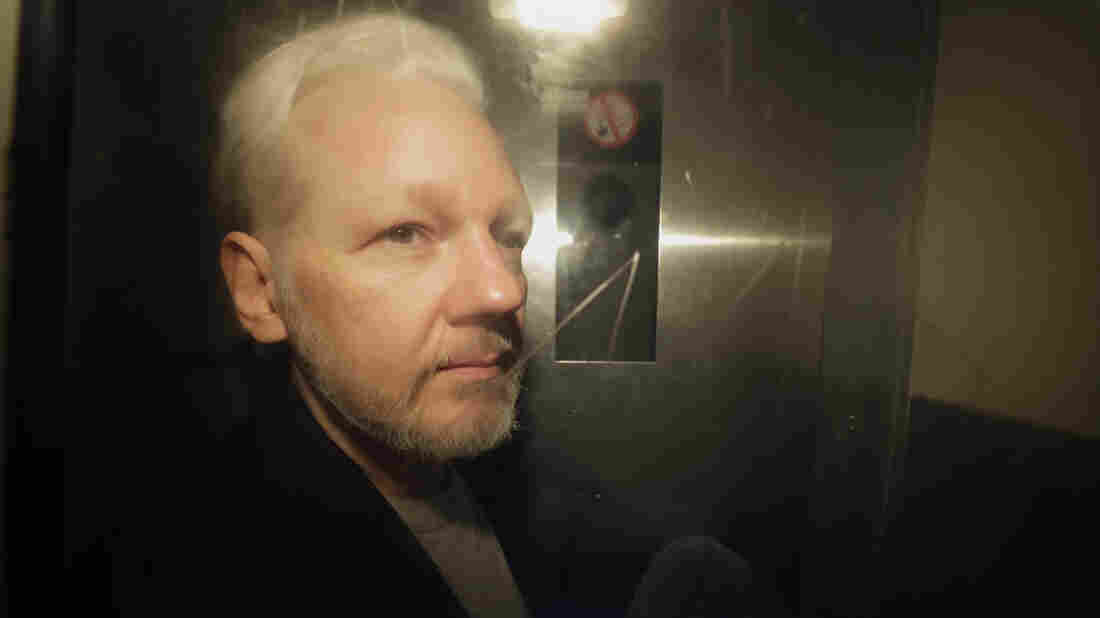 WikiLeaks founder Julian Assange is taken from court, where he appeared on charges of jumping British bail seven years ago, in London on May 1. Matt Dunham/AP hide caption 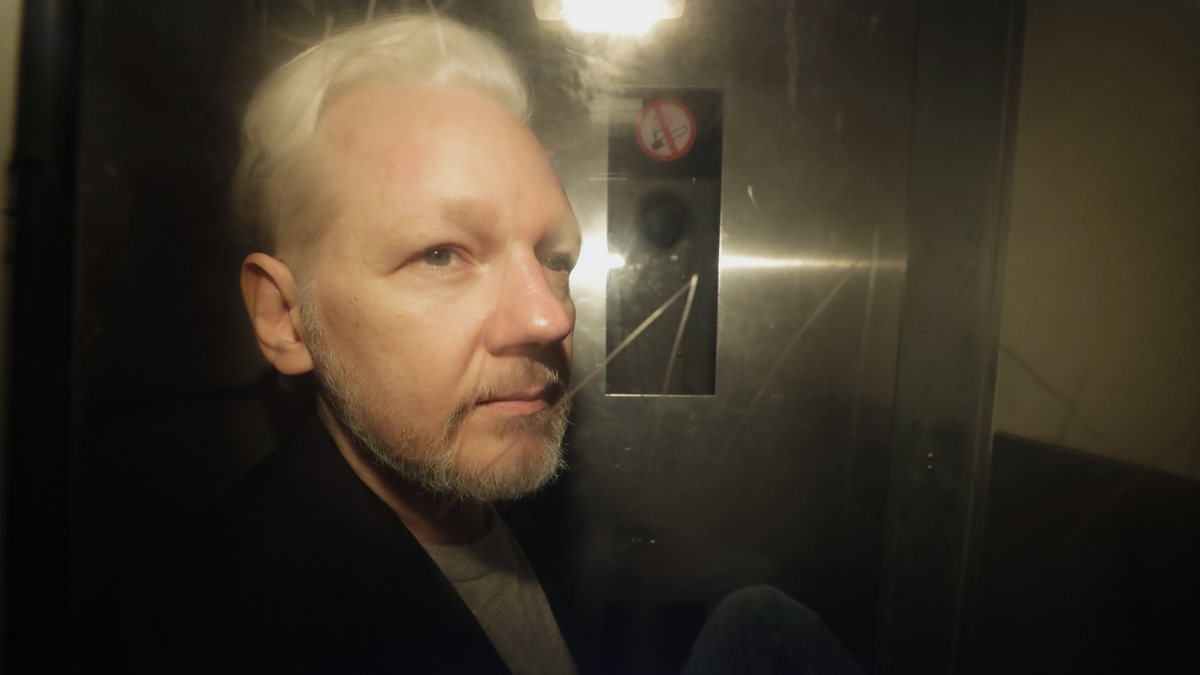 WikiLeaks founder Julian Assange is taken from court, where he appeared on charges of jumping British bail seven years ago, in London on May 1.

Prosecutors are bringing a slate of new charges against Julian Assange, including alleged violations of the Espionage Act, raising the stakes for his prospective extradition from the United Kingdom.

A grand jury in Northern Virginia has returned a superseding indictment with 17 more charges against the WikiLeaks founder. It follows an earlier case brought against Assange in connection with the alleged help he gave to then-Army intelligence analyst Chelsea Manning to compromise U.S. government computer networks.

Assange is being charged for what officials call his "alleged complicity in illegal acts" involving Manning and "for agreeing and attempting to obtain" information that compromised national security.

Said U.S. Attorney Zach Terwilliger: "The United States has only charged Assange with publishing a narrow set of classified documents" that included the names of innocent people, such as dissidents and human rights activists.

"Assange is not charged simply because he is a publisher," Terwilliger said.

The charges announced on Thursday all relate to chapters in the history of WikiLeaks before its involvement in Russia's interference in the 2016 presidential election.

They include allegations that Assange violated the Espionage Act provisions that prohibit a conspiracy to obtain, receive and disclose national defense information; charges related to the attempted cracking of computer passwords; and unlawful receipt of sensitive information such as State Department communications and Defense Department logs.

Prosecutors also added a charge related to the disclosure of national defense information that included the unredacted names of human sources in places such as China, Syria, Afghanistan and elsewhere.

Court documents described a series of chats between Assange and Manning in March 2010 in which Assange allegedly encourages Manning more than once to obtain documents.

Assange has long argued that he is a journalist no different from any other reporter protected by press freedom rights in the West or the First Amendment in the United States.

The U.S. criminal case boils down to a reporter — Assange — encouraging a source — Manning — to give him a story, Assange and his attorneys argue. That's not only not against the law, they and supporters say, but also going forward would cause a deep chill in the ability of the press to report on the government. 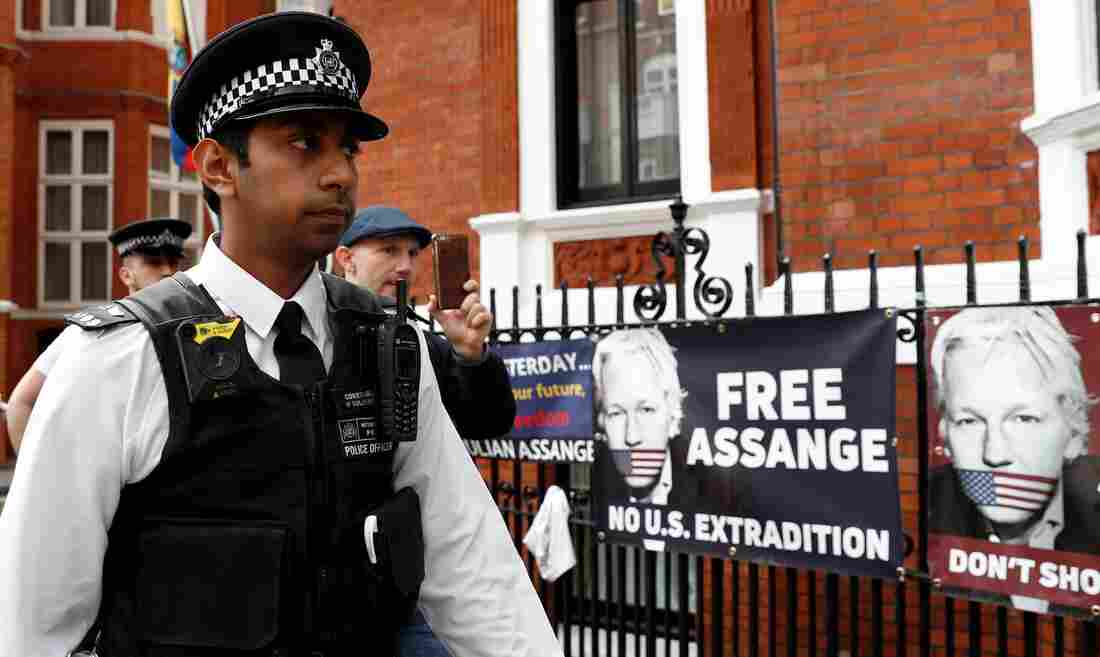 British police officers stand on duty outside the Embassy of Ecuador in London on May 20. Assange was arrested last month after being pushed out the embassy, where he had been living since 2012. Adrian Dennis/AFP/Getty Images hide caption 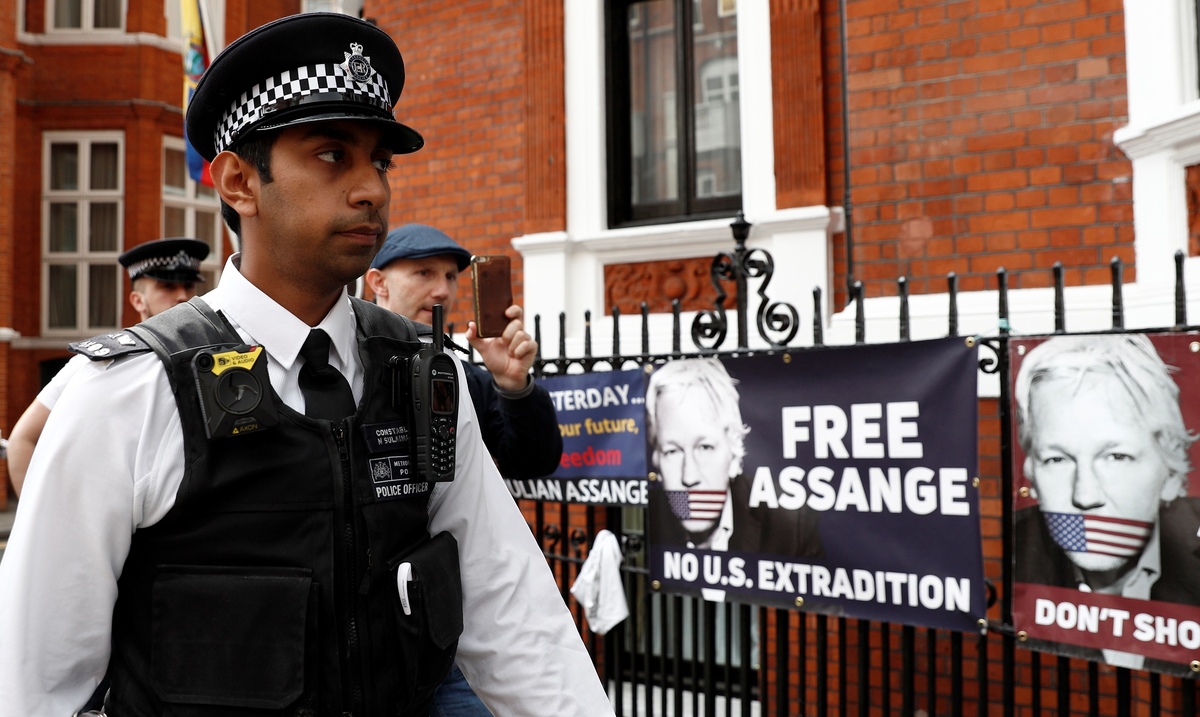 British police officers stand on duty outside the Embassy of Ecuador in London on May 20. Assange was arrested last month after being pushed out the embassy, where he had been living since 2012.

"These unprecedented charges demonstrate the gravity of the threat the criminal prosecution of Julian Assange poses to all journalists in their endeavor to inform the public about actions that have [been] taken by the U.S. government," said Assange attorney Barry Pollack.

Bruce Brown, executive director of the Reporters Committee for Freedom of the Press, reiterated the possible risk to journalists.

"Any government use of the Espionage Act to criminalize the receipt and publication of classified information poses a dire threat to journalists seeking to publish such information in the public interest, irrespective of the Justice Department's assertion that Assange is not a journalist," he said.

"This is an extraordinary escalation of the Trump administration's attacks on journalism, and a direct assault on the First Amendment," he said.

Manning, meanwhile, is in custody in Northern Virginia after apparently refusing to cooperate with the U.S. Attorney's Office in the grand jury proceeding that yielded the indictment unsealed on Thursday.

A judge ordered Manning to be jailed after she said she would not testify against Assange.

Assange is in British custody following his ejection earlier this year from his long self-imposed confinement in the Embassy of Ecuador in London. A British judge ordered him to be jailed in connection with bail jumping.

Swedish and American authorities both are asking London to extradite Assange to face criminal charges.

Swedish prosecutors reopened a investigation into rape allegations against Assange once he left the embassy. It isn't clear which capital — Stockholm or Washington — will take priority with British authorities in evaluating whether to extradite him.