Accessibility links
Video: Watch Lucky Daye Perform At The Tiny Desk Hailing from New Orleans with a love of sticky, bass-bumping funk, Lucky brought along a 10-person band, including a quartet of horns, to capture the full flavor of his debut album Painted.

Sometimes, a Tiny Desk is just meant to be. NPR Music's Bobby Carter and I have been checking for Lucky Daye since last year when we dubbed him one of the "Kings of R&B." Then, after seeing Lucky perform live in Washington D.C., we knew his charisma and control, even for a new name, would translate well to the Tiny Desk. The same week we saw him live for the first time, we knew he was ready for the challenge.

Hailing from New Orleans and inheriting a love of sticky, bass-bumping funk early on, Lucky wanted to bring the full flavor of his debut album, Painted to NPR. So he brought along a 10-person band, including a quartet of horns, and his go-to producer Dernst "D'Mile" Emile II on bass. Like the record, which incorporates bouncy pop, a light, wallowing nod to jazz and show-stopping soul (notice the dramatic pause of the beat during the final song, "Late Night"), Lucky took the vibe of the Tiny Desk from chill to rowdy within the span of 15 minutes. He even let the audience in on a secret: "I've never performed that song in front of anyone with a band," he said, trying to laugh off mid-set jitters and bask in the moment. "This is amazing, y'all. I'm really grateful." 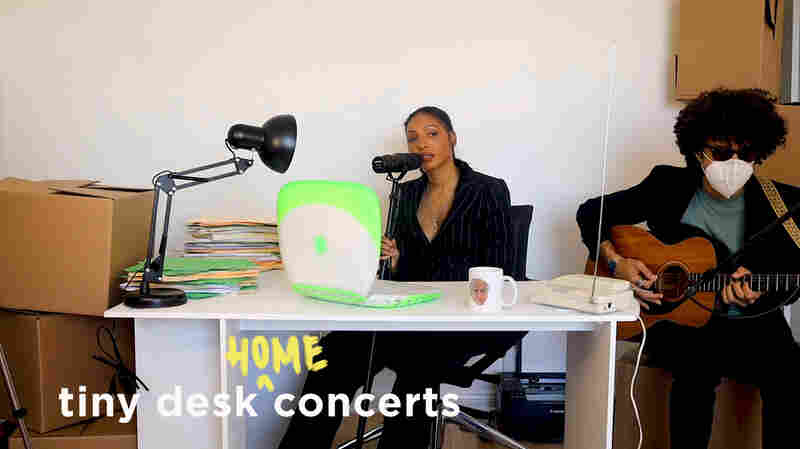