Accessibility links
Theresa May Will Resign As U.K. Prime Minister June 7, She Says May had been under intense pressure from lawmakers to step down after her plans for Brexit were repeatedly rejected. Conservative lawmakers will now begin to consider her replacement. 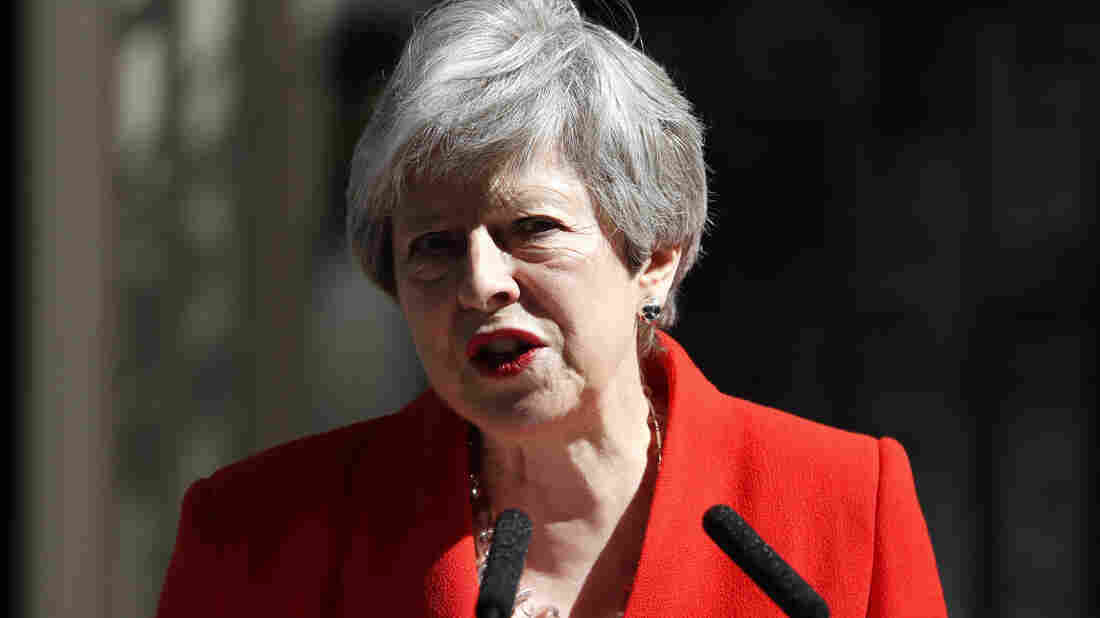 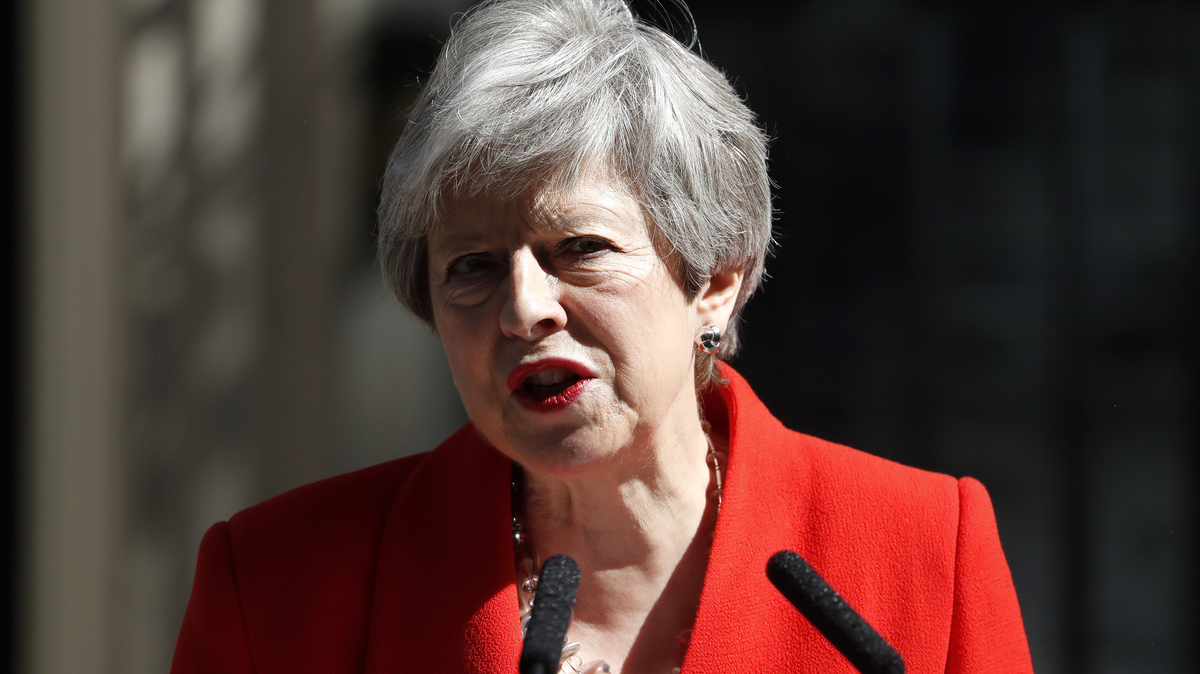 British Prime Minister Theresa May announces her resignation Friday at No. 10 Downing St. in London.

Theresa May will step down as prime minister of the United Kingdom on June 7, she said Friday at No. 10 Downing St.

She came to the job in 2016 after U.K. voters backed plans to exit the European Union in a referendum. For the following three years, she attempted to navigate the difficult and complex process of making that happen.

"I feel as certain today as I did three years ago that in a democracy, if you give people a choice, you have a duty to implement what they decide," she said. "I have done my best to do that."

But she encountered ongoing opposition in the British Parliament, which repeatedly rejected her proposals to withdraw the U.K. from the EU.

"I believe it was right to persevere, even when the odds against success seemed high," May said Friday. "But it is now clear to me that it is in the best interest of the country for a new prime minister to lead that effort. So I am today announcing that I will resign as leader of the Conservative and Unionist Party on Friday the 7th of June so that a successor can be chosen."

May said the process for electing a new leader "should begin in the following week."

She said she informed the queen that she will continue to serve as prime minister until the process is completed. Reports from Reuters say that process could take six weeks, with May serving as a so-called caretaker prime minister.

"It is and will always remain a matter of deep regret to me that I have not been able to deliver Brexit. It will be for my successor to seek a way forward that honors the result of the referendum," May said.

Lawmakers in her Conservative Party had been pressuring her to resign and let a new leader see through the U.K.'s laborious planned withdrawal from the European Union.

On Thursday, May delayed plans to publish her latest bill to officially withdraw the U.K. from the EU. Parliament had already rejected May's earlier agreements negotiated with the EU three times this year.

Her latest withdrawal bill "tried to win over various interest groups by offering something for everyone: strengthened workers' rights to please the Labour left, an option for MPs to vote for a second referendum to entice Remainers," according to The Economist, which said the prime minister instead "ended up alienating them all."

There would have been "overwhelming pressure" for a no-confidence vote in May's leadership if she had not agreed on a departure date, Conservative lawmaker Geoffrey Clifton-Brown said earlier.

Adding to the pressure, the U.K. voted in European Parliament elections on Thursday, and the Conservatives are expected to do poorly when results are announced Sunday. A new Brexit Party, led by Brexiteer Nigel Farage, was leading polls.

President Trump is set to visit the U.K. from June 3-5. May had not wanted Trump's visit and D-Day anniversary celebrations "to be undermined by the unseemly spectacle of Tory MPs and ministers scrabbling and scrambling to replace her," according to ITV's Robert Peston.

Boris Johnson, a former foreign secretary, is seen as the current front-runner to take May's place. Johnson was a leader of the Brexit campaign in 2016.

In March, May offered to quit if Parliament were to pass her Brexit plan, but even that wasn't enough.

In April, the EU agreed to extend the U.K.'s deadline for passing a Brexit deal until Oct. 31.