Accessibility links
Harvey Weinstein Reportedly Reaches Tentative Deal With Accusers About $30 million would compensate women who have accused him of sexual misconduct as well as former employees of Weinstein Co. and studio creditors, The Wall Street Journal reports. 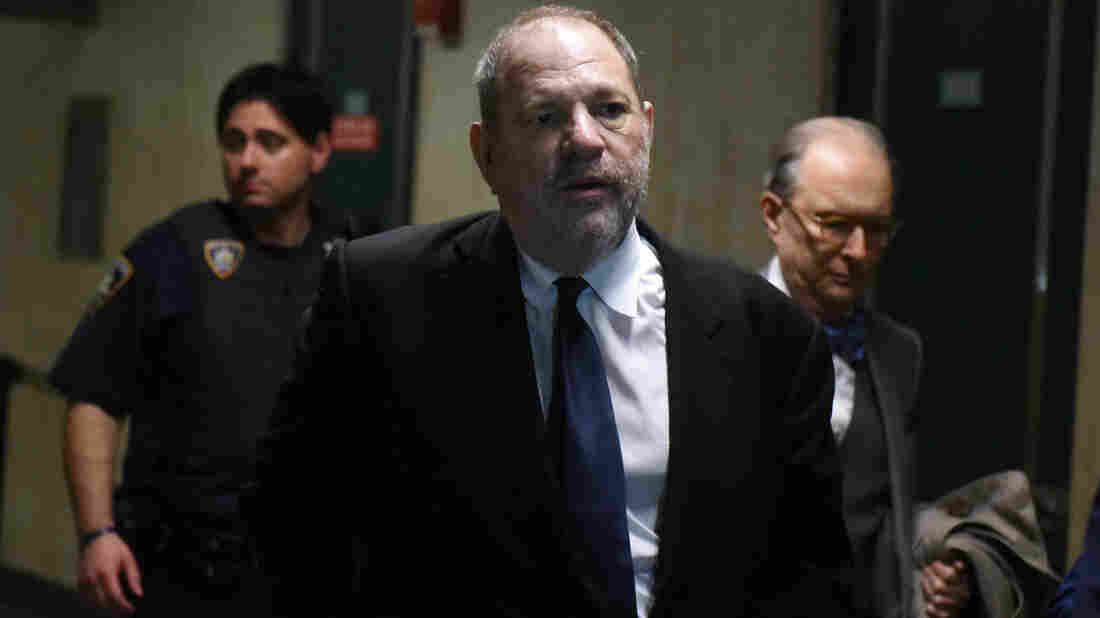 Harvey Weinstein exits the courtroom after a hearing in State Supreme Court on April 26 in New York. The Hollywood producer reportedly reached a $44 million deal to resolve a series of lawsuits and compensate women who accused him of sexual misconduct. Stephanie Keith/Getty Images hide caption 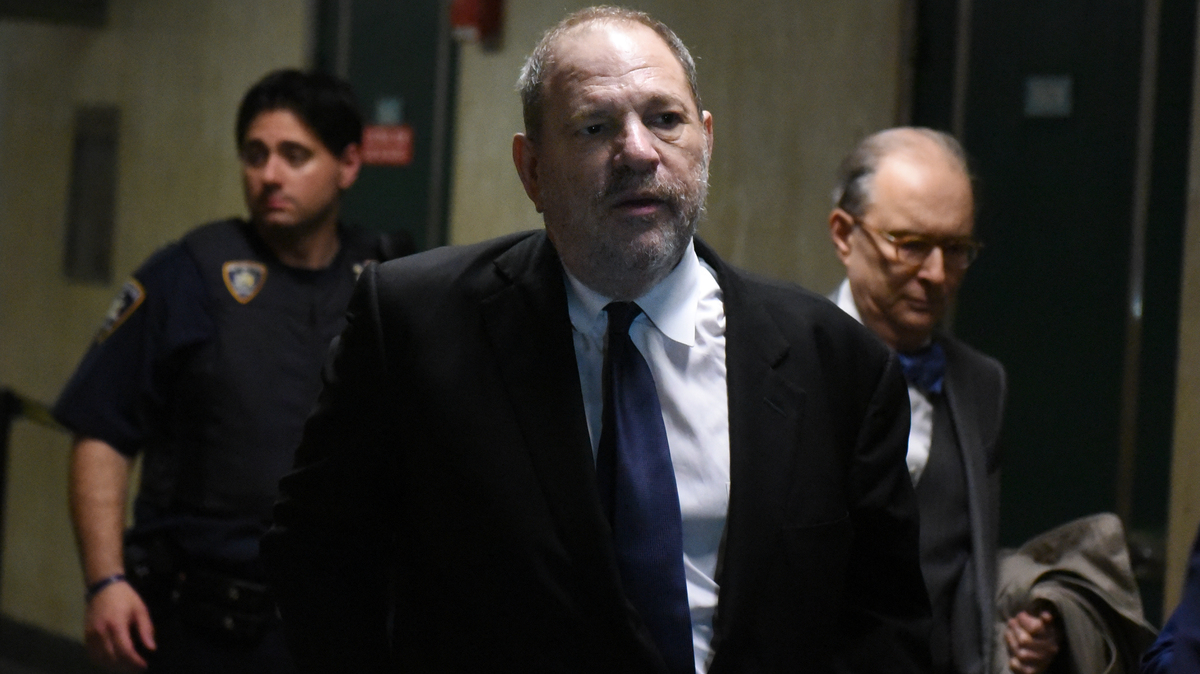 Harvey Weinstein exits the courtroom after a hearing in State Supreme Court on April 26 in New York. The Hollywood producer reportedly reached a $44 million deal to resolve a series of lawsuits and compensate women who accused him of sexual misconduct.

Harvey Weinstein and his former film studio board members have reached a tentative deal with women who accused the movie mogul of sexual misconduct.

On Thursday, Adam Harris, a lawyer for Weinstein Co. co-founder Bob Weinstein, told a bankruptcy court judge that "an economic agreement in principal" had been reached.

The Wall Street Journal and The New York Times reported Thursday that there was a $44 million proposed deal. A source with knowledge of the deal confirmed that figure to NPR.

"That $44 million is not coming from Harvey Weinstein himself, it's actually coming from insurance policies," Corinne Ramey, a reporter with the Journal, tells NPR. She added that they were civil, not criminal lawsuits.

About $30 million would go to the accusers, studio creditors and former employees of Weinstein Co. who said they felt they might be punished in a hostile work environment, according to the Journal. Another $14 million would pay for legal fees that Harvey Weinstein's associates faced.

The agreement must be approved by advisers who now control Weinstein Co. in bankruptcy proceedings, according to a company lawyer who spoke to the newspaper.

Weinstein still faces a criminal case involving two accusers. That pending case in New York, which charges Weinstein with rape, among other crimes, can still move forward. Motions have been filed to allow other women to testify, which could help prosecutors prove allegations about Weinstein's behavior, Ramey said.

In January, a federal judge in California dismissed a claim of sexual harassment in a lawsuit filed by Ashley Judd, siding with defense lawyers who argued that the law cited in the suit at the time of the alleged offense did not cover movie producers like Weinstein. It was the second time the judge dismissed the sexual harassment claim in Judd's lawsuit.

Weinstein turned himself in to police last May. Dozens of women accused him of sexual misconduct, after The New York Times and The New Yorker reported on women who described him as a predator, forcing them into unwanted sexual acts over decades. The reports brought forth the #MeToo movement.

As one of Hollywood's most powerful men, Weinstein was also accused of destroying the careers of women who did not comply with his demands.

He has denied the allegations and pleaded not guilty to rape and other sex crimes.