Accessibility links
Celebrity Chef Mario Batali Pleads Not Guilty In Assault And Battery Case Batali stepped away from his restaurants and TV appearances after accusations of sexual harassment. He's now facing a charge he forcibly kissed and groped a woman at one of his restaurants in 2017. 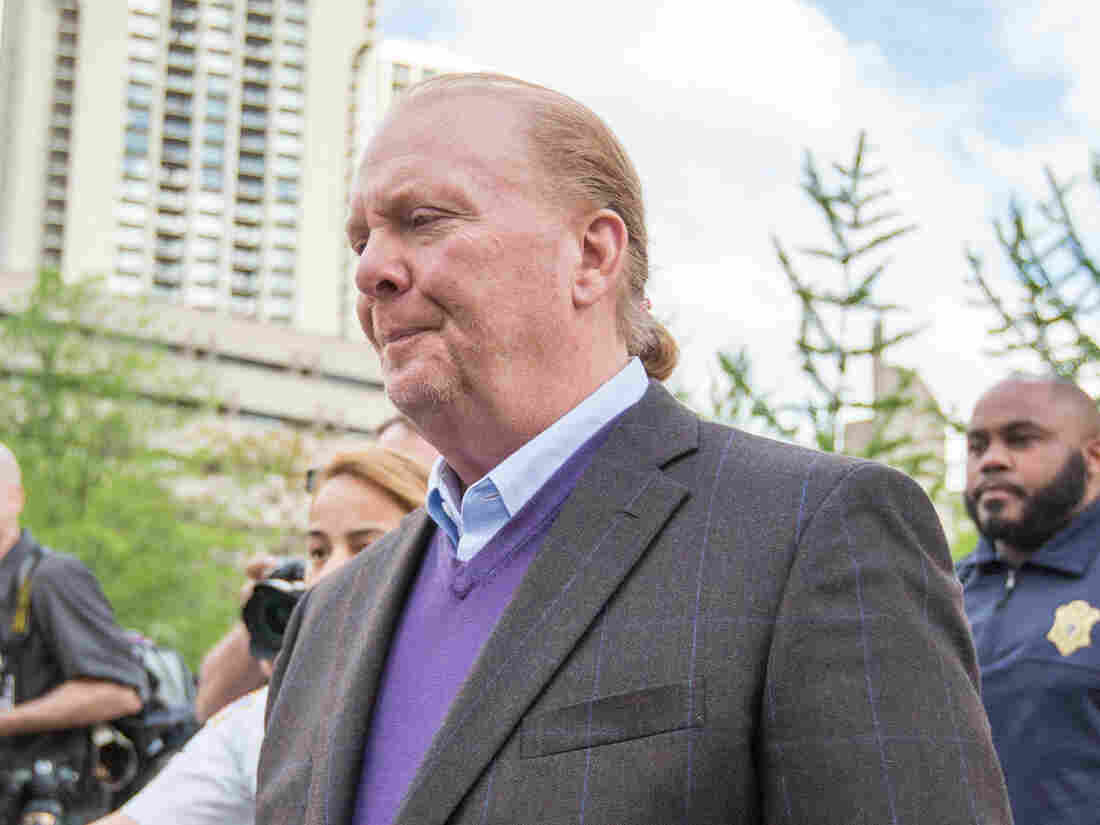 Celebrity chef Mario Batali leaves Boston Municipal Court on Friday following a court appearance on a charge of indecent assault and battery in connection with a 2017 incident at a restaurant of his in Boston. Scott Eisen/Getty Images hide caption 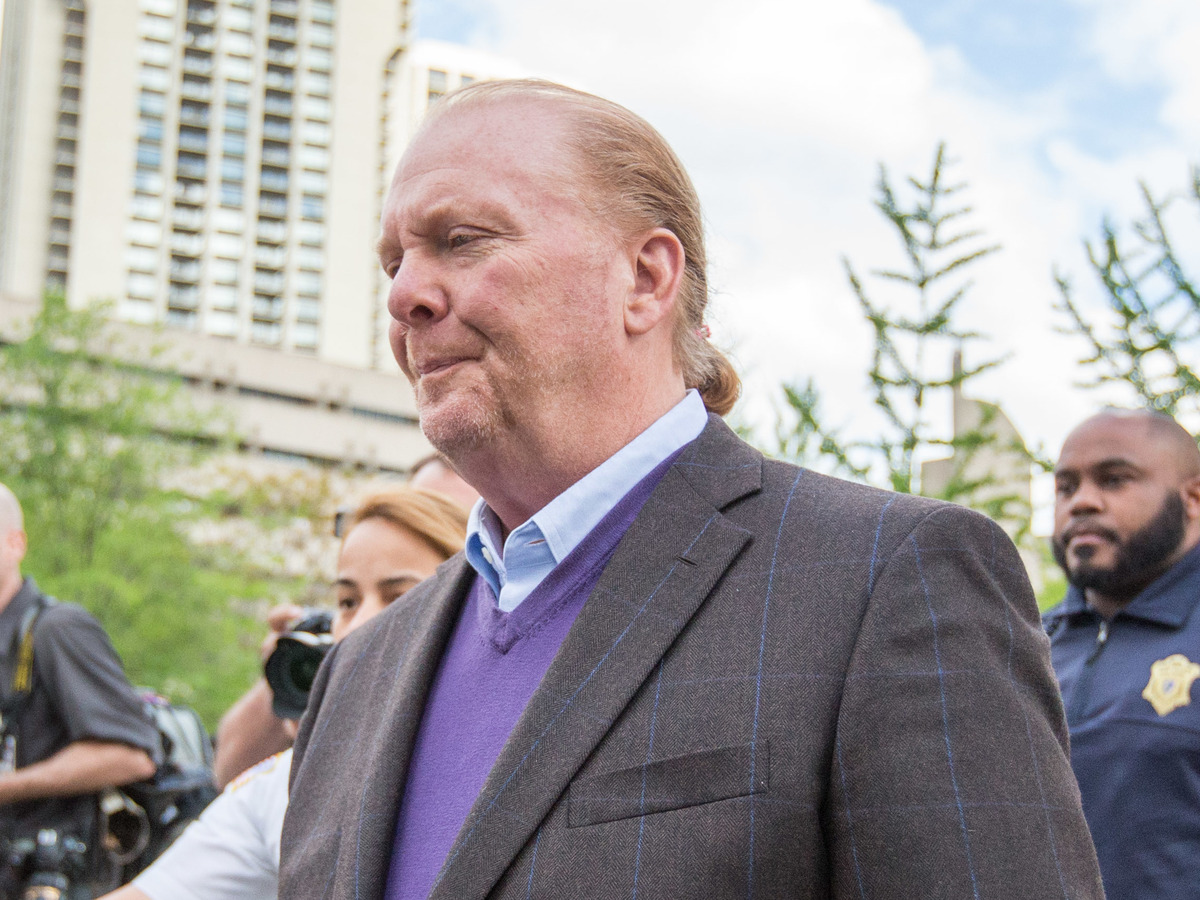 Celebrity chef Mario Batali leaves Boston Municipal Court on Friday following a court appearance on a charge of indecent assault and battery in connection with a 2017 incident at a restaurant of his in Boston.

Celebrity chef Mario Batali, who stepped away from his restaurants and television appearances after facing accusations of sexual harassment, pleaded not guilty on Friday in a courtroom in Boston, where he is standing trial over allegedly kissing and groping a woman against her will in 2017.

Batali, sporting his signature ponytail and wearing a black blazer with no tie, was stone-faced as the judge ordered the restaurateur to keep away from the accuser in the case, unless he has to be in a room with her for questioning connected to a separate civil lawsuit she has filed.

The court released Batali and set his next court date for July 12, where his appearance has been waived.

In 2017, the website Eater reported that Batali had allegedly touched four women inappropriately, three of whom had worked for Batali and the fourth who worked in the restaurant industry. All of the women accused the famed restaurant owner without revealing their names, telling the publication they feared retaliation. Batali did not deny the women's stories. He apologized and said the behavior "was wrong and there are no excuses."

Batali's court appearance on Friday is part of the first criminal case lodged against him. Prosecutors say the accuser, Natali Tene, was a fan who tried to take a photo of Batali in March 2017 at one of his restaurants in Boston when the chef noticed and told her to "come here now." He then allegedly suggested the two pose for a picture together. She claims that's when Batali groped and "held her face" to kiss her repeatedly.

Authorities say that incident amounts to indecent assault and battery. If convicted, Batali could face up to five years in prison and be registered as a sex offender.

Tene's lawyers, who have publicly identified her, said in a statement to NPR that she is grateful the Suffolk County District Attorney's office decided to pursue a criminal charge against Batali.

A separate civil lawsuit over the same episode is still pending. In it, Tene's lawyers say the encounter with Batali left her rattled.

"While taking the photograph, Mario Batali groped her breasts, buttocks, and genitals, and kissed her repeatedly without her consent," attorneys Eric Baum and Matthew Fogelman said. "Mr. Batali must be held accountable criminally and civilly for his despicable acts."

In New York, police had been investigating allegations made by unidentified women who said Batali had sexually assaulted them, following a 60 Minutes story last May that first aired the accusations. But earlier this year, The New York Times reported that the Manhattan cases had been closed and Batali would not be charged because the incidents were either beyond the New York State statute of limitations or detectives could not find sufficient evidence.

Batali lawyer Anthony Fuller said in a statement to NPR that his client expects to be exonerated in both the criminal and civil cases brought against him.

"The charges, brought by the same individual without any new basis, are without merit," Fuller said. "He intends to fight the allegations vigorously and we expect the outcome to fully vindicate Mr. Batali."