Accessibility links
Wisconsin Man Gets 2 Life Sentences For Kidnapping Jayme Closs, Murdering Parent The case drew national attention as a search for 13-year-old Jayme Closs ended when she escaped captivity and led authorities to her kidnapper. 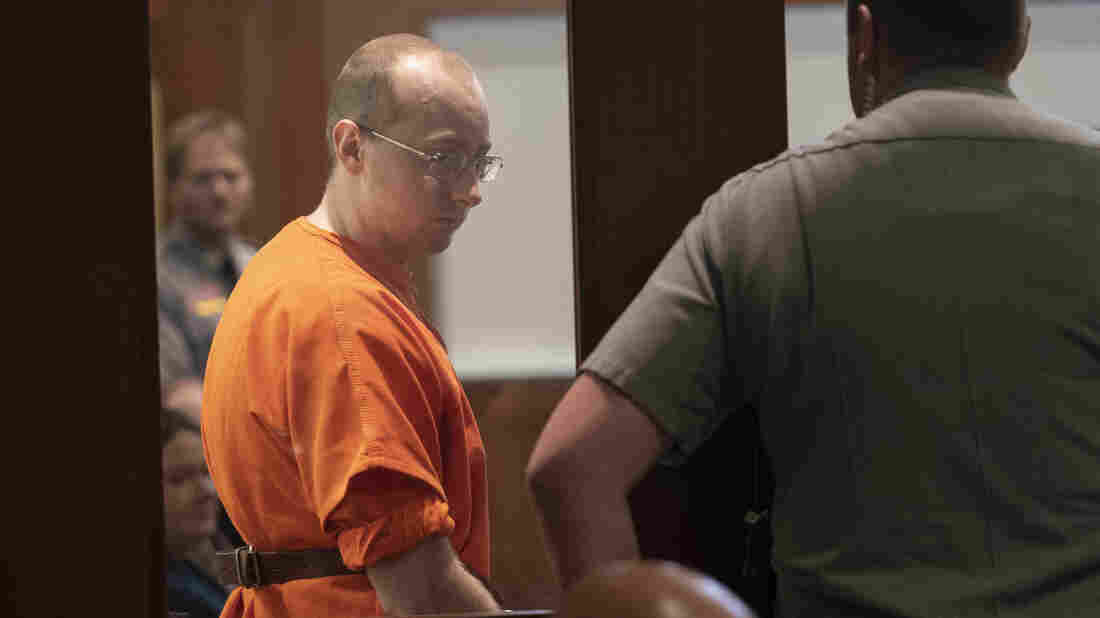 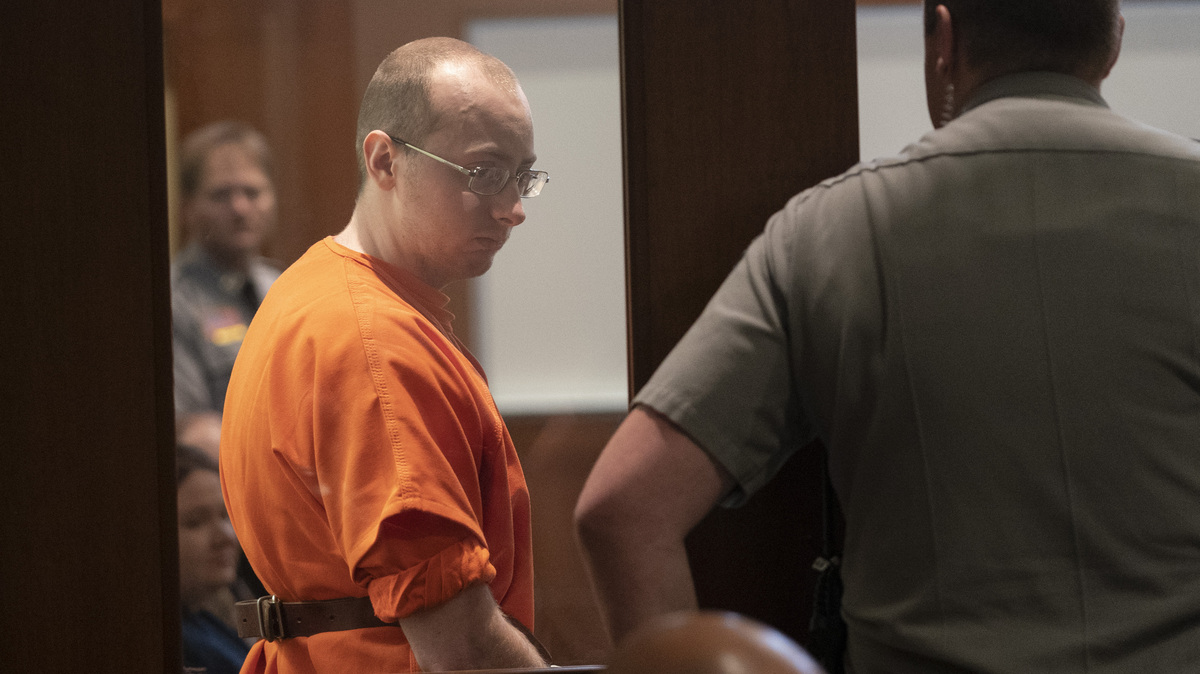 Jake Patterson at his sentencing hearing. He was sentenced Friday to two life terms for murdering James and Denise Closs. He also kidnapped their daughter Jayme.

A judge in Wisconsin has ruled that 21-year-old Jake Patterson will spend the rest of his life behind bars by sentencing him to two life terms in prison without the possibility of release for kidnapping a teenager and murdering her parents last year.

Patterson pleaded guilty in March to two counts of intentional homicide in the deaths of James and Denise Closs, who were killed at their home in Barron, a town in northern Wisconsin. He also admitted kidnapping 13-year-old Jayme Closs and keeping her captive for 88 days.

Patterson was also sentenced to 25 years in prison for abducting the girl.

The case drew national attention as an intense search for the teenager ended with her escaping captivity and leading authorities to her captor in January.

Jayme Closs did not appear in court for the sentencing, but her guardian read a statement on her behalf, saying Patterson "thought that he could own me, but he's wrong. I was smarter." She said she wanted to see Patterson "locked up forever," as quoted by the Associated Press.

Describing Patterson as "the embodiment of evil," Barron County Circuit Court Judge James Babler said the defendant's crime was "the most heinous and dangerous" he had seen.

As NPR reported in January, authorities disclosed the gruesome details of the Closs killings in a criminal complaint covering their murders; the discovery of their bodies; the conditions under which Patterson kept Jayme Closs hidden under his bed; and her eventual escape.

According to the complaint, Patterson, a cheese factory worker, told investigators that he had "put quite a bit of thought into the details of how he was going to abduct" Closs after seeing her for the first time getting on a school bus. The teenager escaped when Patterson left her alone for several hours, making it possible for her to find help. Authorities took her into custody and launched a search for Patterson. When he was pulled over shortly thereafter by police, he volunteered, "I did it."

According to the complaint, Patterson told investigators that, after seeing media reports, he had believed that he had escaped detection for the murders of Closs's parents. It was through those reports that he had learned the names of his victims. "The defendant stated he never would have been caught if he would have planned everything perfectly," it stated.

"Barron County District Attorney Brian Wright told a judge during Jake Patterson's sentencing hearing Friday that Patterson would never stop trying to find and possibly kill Jayme if he gets out of prison.

"He said Patterson can never get another opportunity to kidnap another girl and kill her or anyone with her.

"Patterson wrote that he had fantasized 'about keeping a young girl, torturing her and controlling her.' "

Prosecutors did not charge Patterson with any other behavior toward Jayme during her captivity as a way of sparing her more pain and scrutiny.