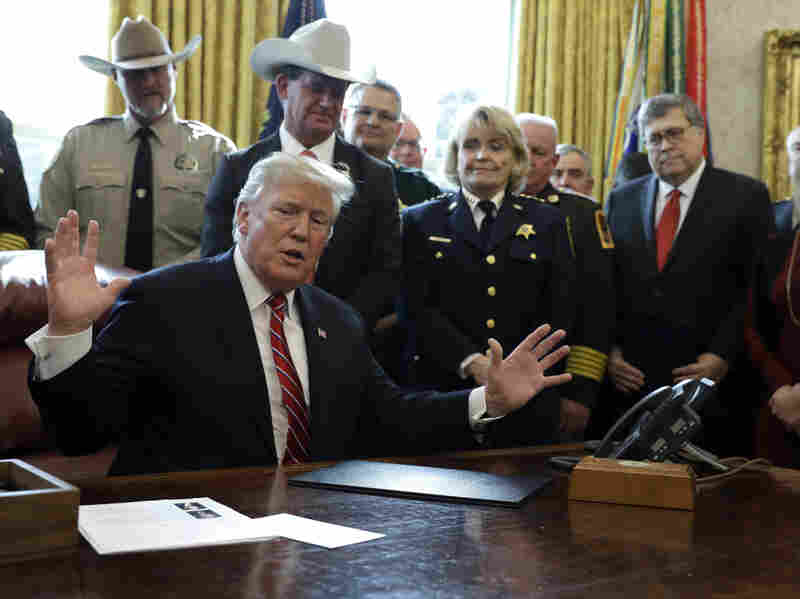 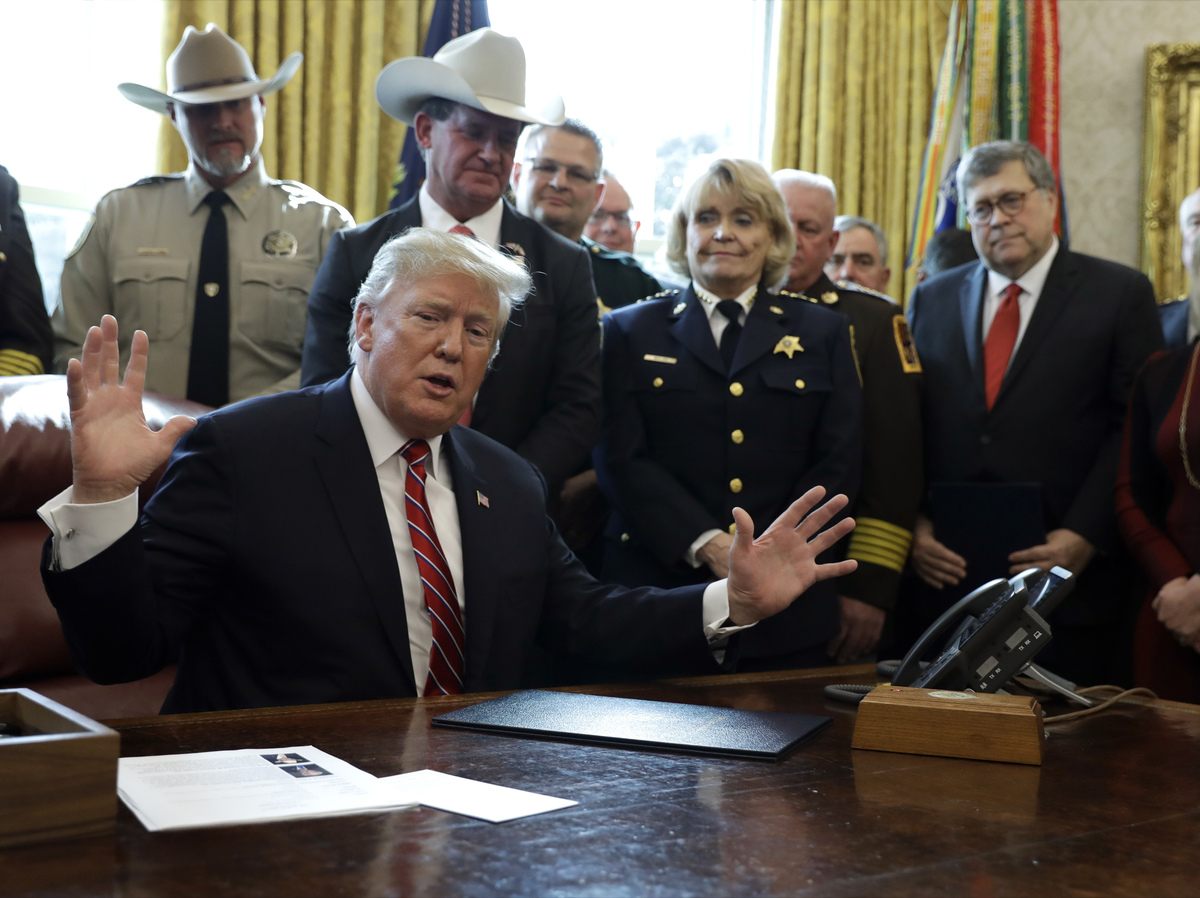 President Trump issued the first veto of his presidency in March, rejecting Congress' vote against his emergency declaration for border wall funding.

A federal judge in California has temporarily blocked the Trump administration from transferring funds from military accounts to begin building additional border fencing.

The judge did not rule on an additional $3.6 billion in funds from military construction projects that have yet to be identified by the Defense Department.

"The position that when Congress declines the Executive's request to appropriate funds, the Executive nonetheless may simply find a way to spend those funds 'without Congress' does not square with fundamental separation of powers principles dating back to the earliest days of our Republic," Gilliam wrote.

The ACLU sued to block the transfer on behalf of the Sierra Club and the Southern Border Communities Coalition. Gilliam has set the next conference in the case for June 5.

President Trump used his veto power for the first time in March to protect his plan to declare an emergency so he could use Defense Department funds to build barriers along the southern border. The House tried but failed to override the veto, but critics continue their fight in court.