Accessibility links
Scientists Studying EDM To Find Why Everything In The Universe Exists Somehow, at the beginning of time, there was an imbalance of matter and antimatter. That's how all the stuff in the universe came about. Scientists think they may find an answer by studying neutrons. 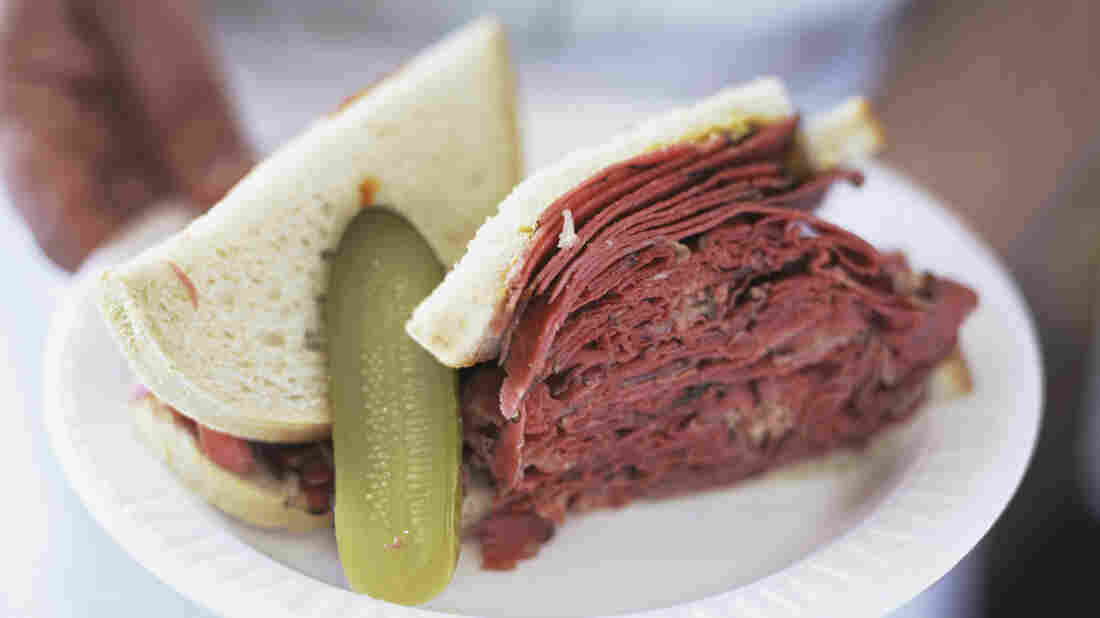 An imbalance between matter and antimatter in the universe produced all the things in existence, including corned beef sandwiches. Erik Rank/Getty Images hide caption 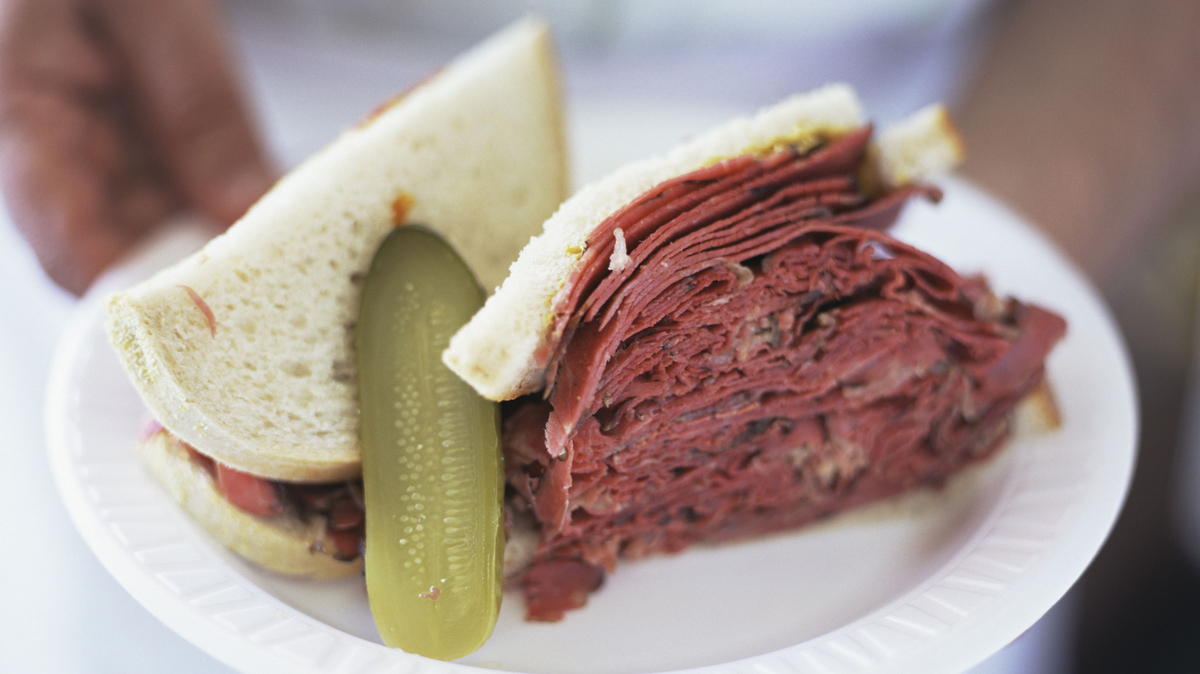 An imbalance between matter and antimatter in the universe produced all the things in existence, including corned beef sandwiches.

It's easy to take corned beef sandwiches for granted. There's no mystery about them. They simply exist.

But corned beef sandwiches, along with everything else in the universe, raise a critical question in the minds of physicists: Why do they exist?

In the earliest moments of the universe, energy turned into matter. But matter comes in two forms, matter and antimatter. And when a particle of matter encounters a particle of antimatter, they annihilate each other — and all you're left with is light.

The universe tends to be a symmetrical place, so it's reasonable to assume that at the dawn of the universe, matter and antimatter were produced in equal amounts.

Somehow, somewhere, there had to be a slight imbalance — a bit more matter than antimatter — or else the universe would be just a big ball of light with no you or me or stars or galaxies or corned beef sandwiches.

Physicists believe something called the "electric dipole moment" of the neutron might just hold the answer.

So when Indiana University physicist Chen-Yu Liu is asked why she's spending her research life looking for a rather obscure property of an atomic particle, she's ready with a response: "I say I am trying to understand why we exist."

The electric dipole moment isn't a moment in time — it refers to the neutron being slightly more football shaped than perfectly spherical.

And if this slight deviation from a perfectly spherical neutron could be measured, scientists theorize that this would help explain why there was a bit more matter than antimatter in the early universe. But so far, no one has been able to measure it.

"To do the measurement precisely, we need to slow [the neutrons] down, confine them in space and watch them for a very long time," Liu says.

She and other scientists are working on ways to do just that.

At Oak Ridge National Laboratory in Tennessee, researchers are using a giant facility called the Spallation Neutron Source. It's a giant device for generating neutrons. By firing a beam of protons at a target made of mercury, you get a spray of neutrons that can be diverted into multiple beamlines.

Oak Ridge physicist Vince Cianciolo points to one of the beamlines, No. 13. "The dipole moment experiment will be mounted next on this beamline," he says.

To get the neutrons to slow down so you can study them, you need to build a special chamber where the neutrons can be chilled to more than 450 degrees below zero Fahrenheit, just a couple of degrees above absolute zero.

That's just one of their challenges.

Cianciolo points to a spot at the end of the beamline where the chamber will be installed. "The support of this whole foundation has to be nonmagnetic. So you can't use standard rebar," he says. "We'll probably use fiberglass rebar."

The construction will take place over the next couple of years.

In the meantime, other pieces of the experiment are taking shape.

At the California Institute of Technology in Pasadena, Calif., physics grad student Marie Blatnik is working on that chamber that will ultimately go to Oak Ridge. It's a giant aluminum cylinder.

"We get to probe the smallest parts of the universe by making the world's largest machines." She points to the cylinder behind her. "I mean, look at this thing — it's huge."

It might not be the Large Hadron Collider, but it's pretty big.

Blatnik's adviser Brad Filippone says people have been trying for decades to find the neutron's electric dipole moment. The apparatus the Caltech team is building should take that search to the next level.

"We believe we'll be able to increase the sensitivity by a factor of 100," Filippone says.

It's still possible that even after this more sensitive search, physicists might come up empty. But Filippone says that's OK — physicists will learn something.

"Looking for the electric dipole moment is relatively easy to make the science case to other physicists," he says. "The question is, how much are you willing to spend?"

Convincing nonphysicists that the search is worth the money can be tougher. Just ask Oak Ridge physicist Leah Broussard.

"My mom says, 'Why are my tax dollars being wasted on this research?' " Broussard explains.

She has an answer for her mom.

"Humans are explorers," Broussard says. "We explore the unknown frontiers. I want to know how the universe came to be. Don't we all?"