Accessibility links
Hot Spots Candidates Can't Resist On The Campaign Trail In early primary and caucus states, there are well-known places — diners, fairs, union halls — where candidates connect with voters. Here are some of the classics and a few new spots. 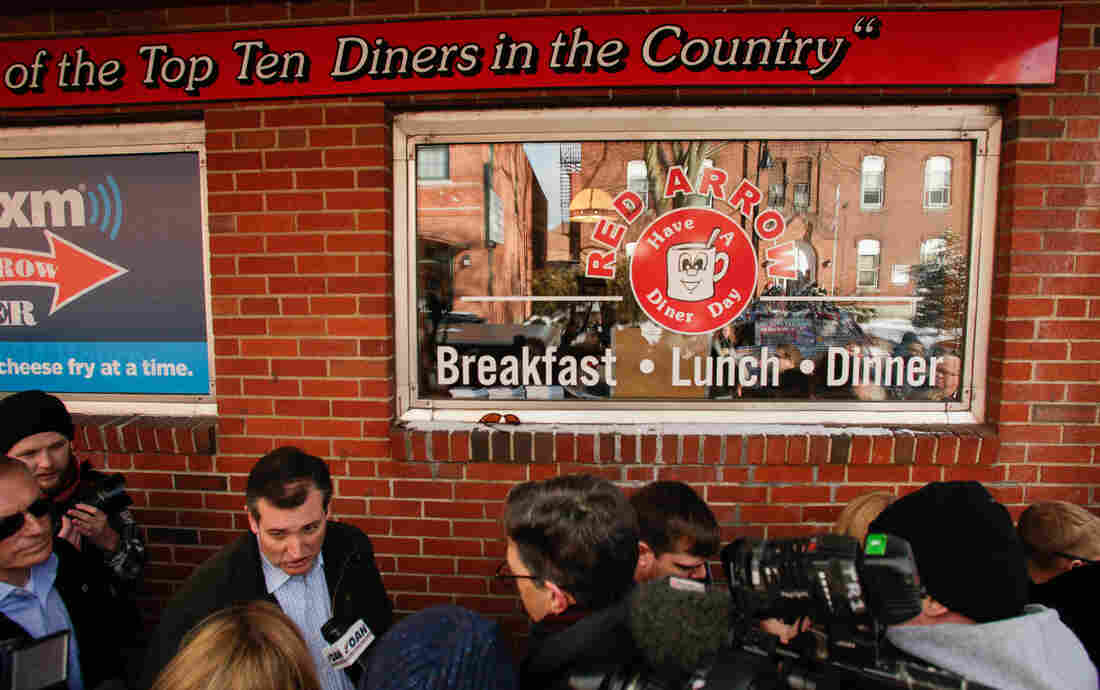 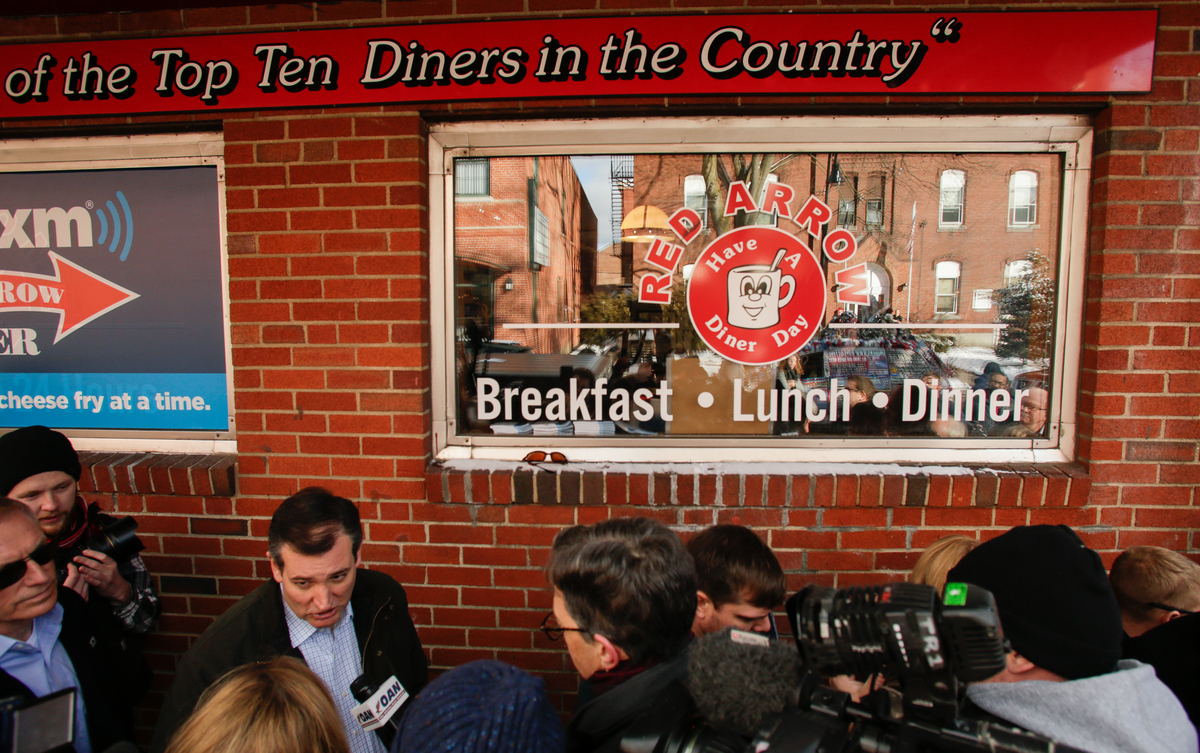 January 2016. The New Hampshire primary was just weeks away. Donald Trump slid into a booth at the Red Arrow Diner in downtown Manchester and ordered a deep-fried concoction featuring a cheeseburger topped with mac 'n' cheese and smothered with cheesy sauce. 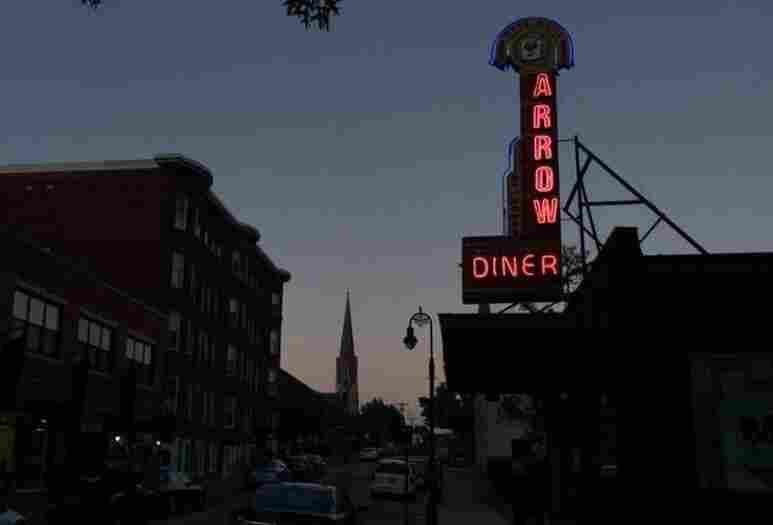 The neon sign of the Red Arrow Diner has been attracting presidential hopefuls for decades. Don Gonyea/NPR hide caption 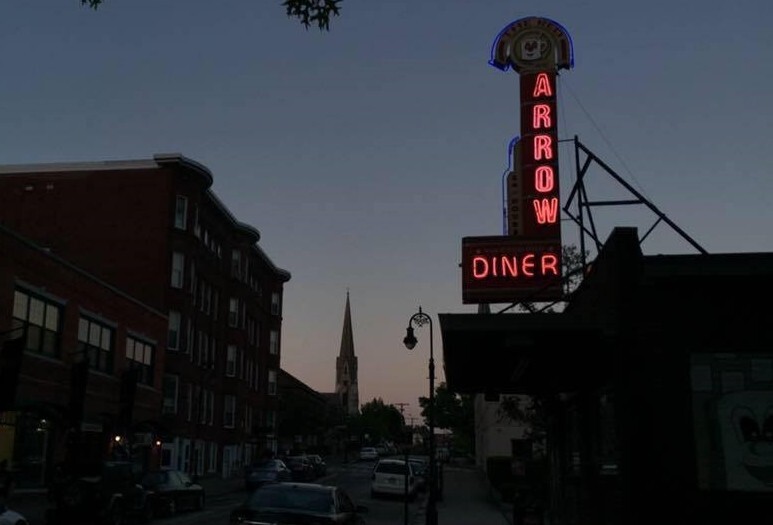 The neon sign of the Red Arrow Diner has been attracting presidential hopefuls for decades.

In that moment, he joined a long, long list of candidates who've dined at the Red Arrow, including Barack Obama, Bill Clinton, Hillary Clinton, Jeb Bush, Ted Cruz and John Kasich. And 2020 hopefuls are already doing the Red Arrow eat-and-greet.

It would be a local institution even without the New Hampshire primary, but campaigns give it extra buzz. There are places like this in every state.

Candidates get to know them pretty quickly; the voters already do.

Here's a sample some of the other hot spots in the first four states to vote in 2020.

Iowa: Where corn is king, even on the campaign trail 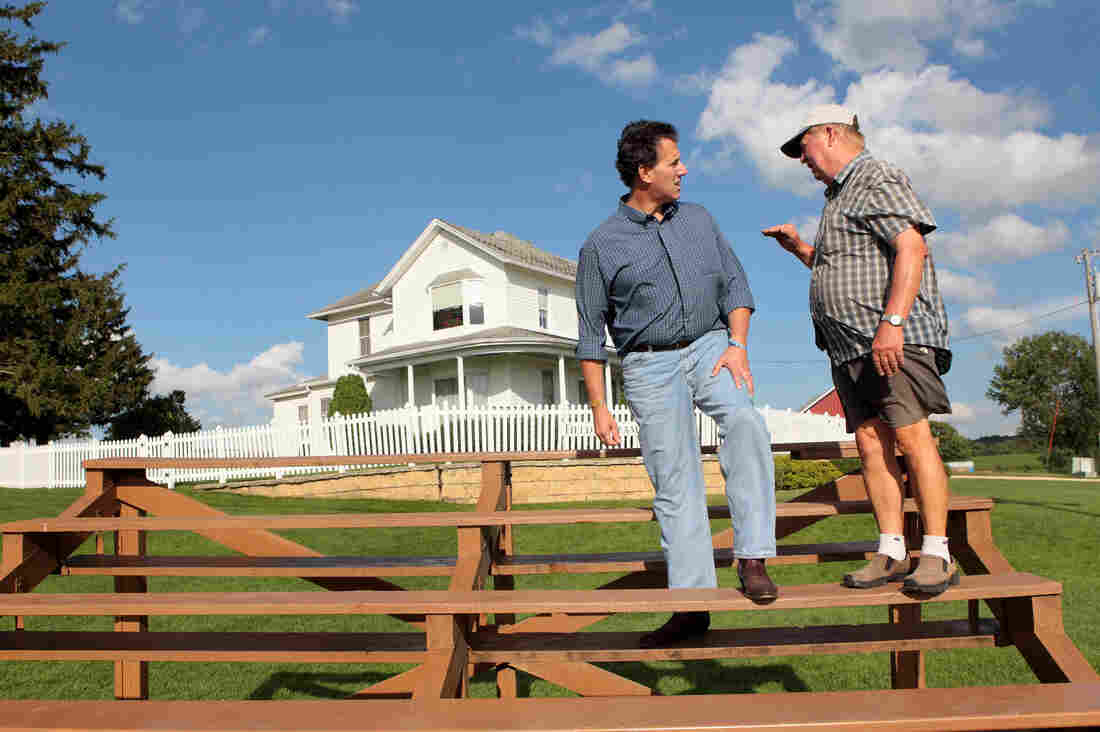 There are lots of picturesque campaign spots in a state that often looks just like a classic landscape painted by the great American artist and Iowa native Grant Wood.

Candidates pose with farm families as the barn and towering feed silo provide a picture-perfect backdrop. Sometimes it's a stop at the Field of Dreams baseball diamond, carved from the corn for the 1989 movie.

Then there's the annual Iowa State Fair. The Des Moines Register sponsors a stage where candidates stand just a few feet from their audience and deliver a short stump speech. Sometimes it's a friendly crowd. Sometimes, the heckling dominates. It's a test that a candidate must survive, though a few — like Trump in the 2016 election — opt to skip the speech entirely and simply tour the fairgrounds. 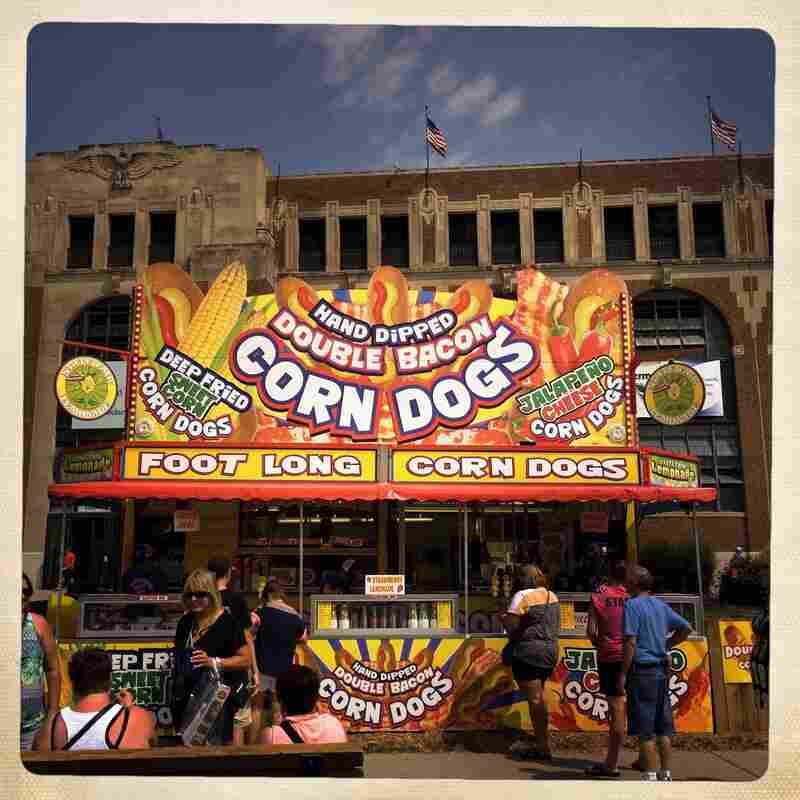 The Iowa State Fair in Des Moines is a regular spot for candidate speeches, hand-shaking and fried-food consumption. It takes place for about two weeks every August, with the years just before the Iowa caucuses especially busy. Don Gonyea/NPR hide caption 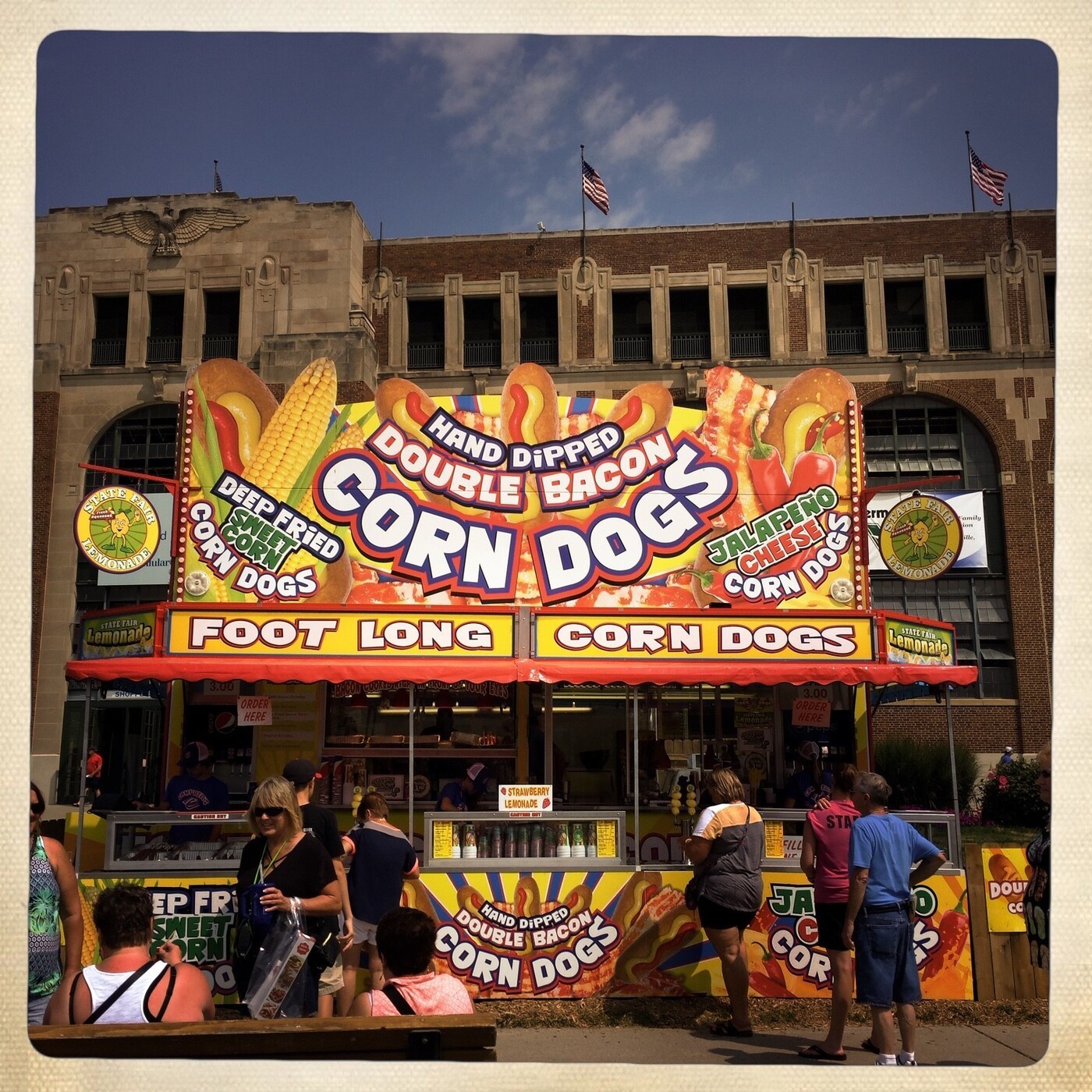 The Iowa State Fair in Des Moines is a regular spot for candidate speeches, hand-shaking and fried-food consumption. It takes place for about two weeks every August, with the years just before the Iowa caucuses especially busy.

Other caucus mainstays include the chain of Pizza Ranch restaurants across Iowa. Many of these buffet-style eateries are in rural areas and, as such, tend to be more popular among Republicans. Democrats have their own favorite spot — a T-shirt shop called RAYGUN (that also sells framed art, posters, mugs, pint glasses and all kinds of small home or office items) with a liberal bent.

Another shirt is self-reverential, summing it up this way: "RAYGUN: FOR THE IOWA CAUCUSES, WE'RE THE PROGRESSIVE CANDIDATES' PIZZA RANCH."

There are two other trends this cycle as far as must-visit campaign stops go in Iowa. One is local brewpubs, where candidates can give a short speech in a relaxed atmosphere. The other gets back to corn being central to the state's economy: ethanol plants.

The Iowa corn industry produces ethanol, which is blended with gasoline to create a fuel for automobiles that is cleaner and (in part) renewable. A federal mandate for ethanol gives the industry a boost, and candidates have taken to touring ethanol plants. Already this cycle, Democrats have made such visits. It's a chance to talk about cleaner, renewable energy, but it also signals to Iowa corn growers that a key market is not in danger.

New Hampshire: Politics with your eggs 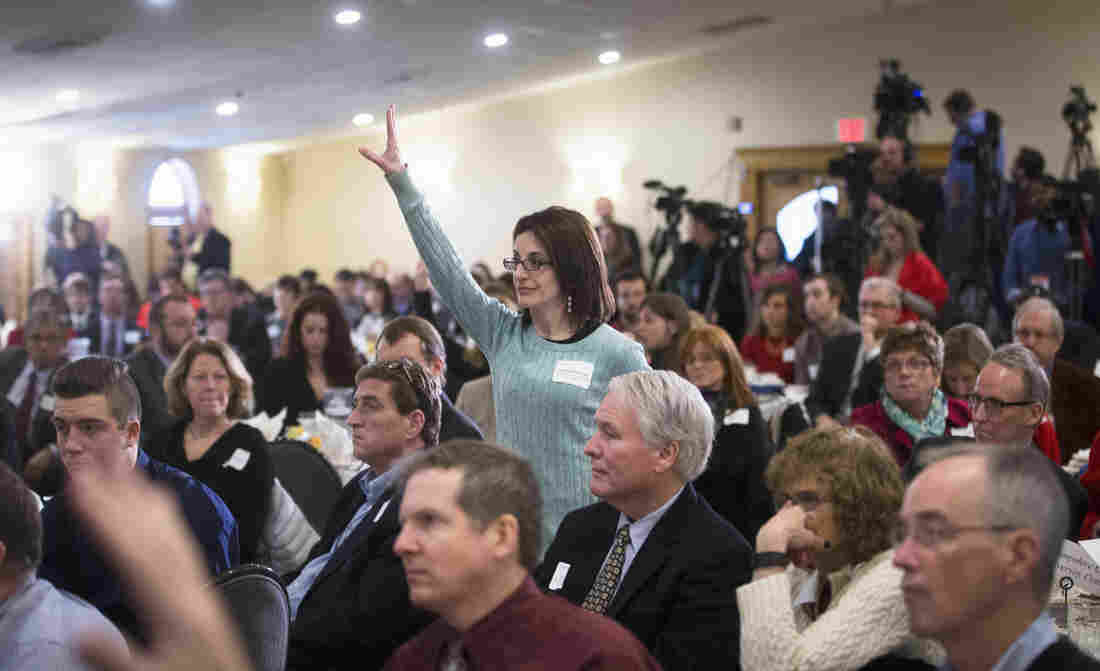 The Red Arrow is just one of many classic diners around New Hampshire that provide a spot for voters and candidates to connect. But there's a breakfast place that's also on the must-visit list that's not a restaurant: the Politics & Eggs gathering at Saint Anselm College in Manchester.

Candidates get an invite to speak to local political junkies and students at the college's New Hampshire Institute of Politics — former presidential candidate Sen. Marco Rubio, R-Fla., once waxed on about his love of Star Wars at this venue. A vigorous, if friendly, Q&A is always included with breakfast, and everyone in attendance takes home one of the souvenir wooden eggs depicting the White House emerging from a cracked egg. 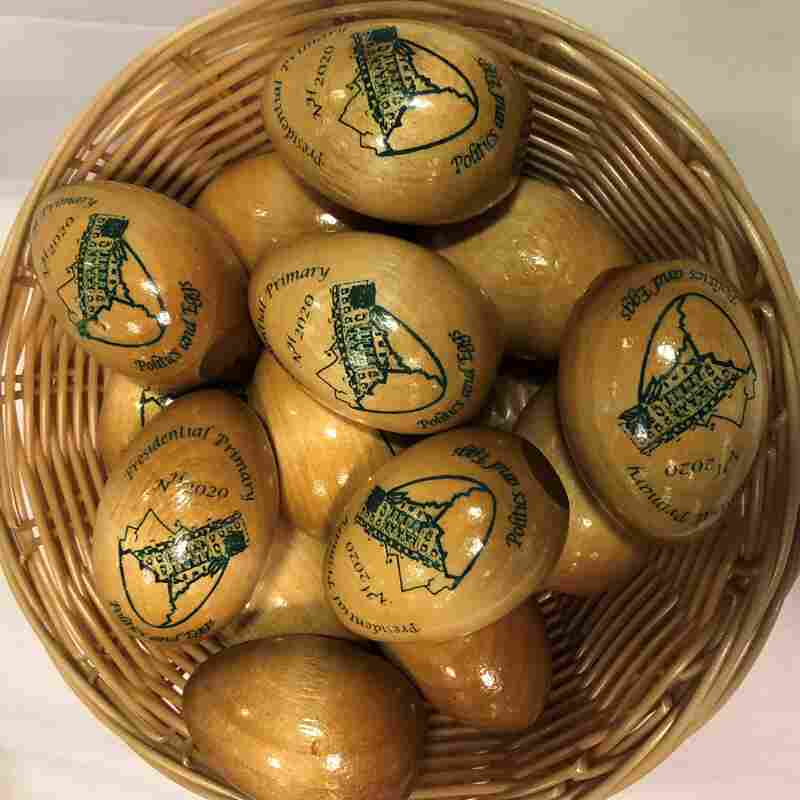 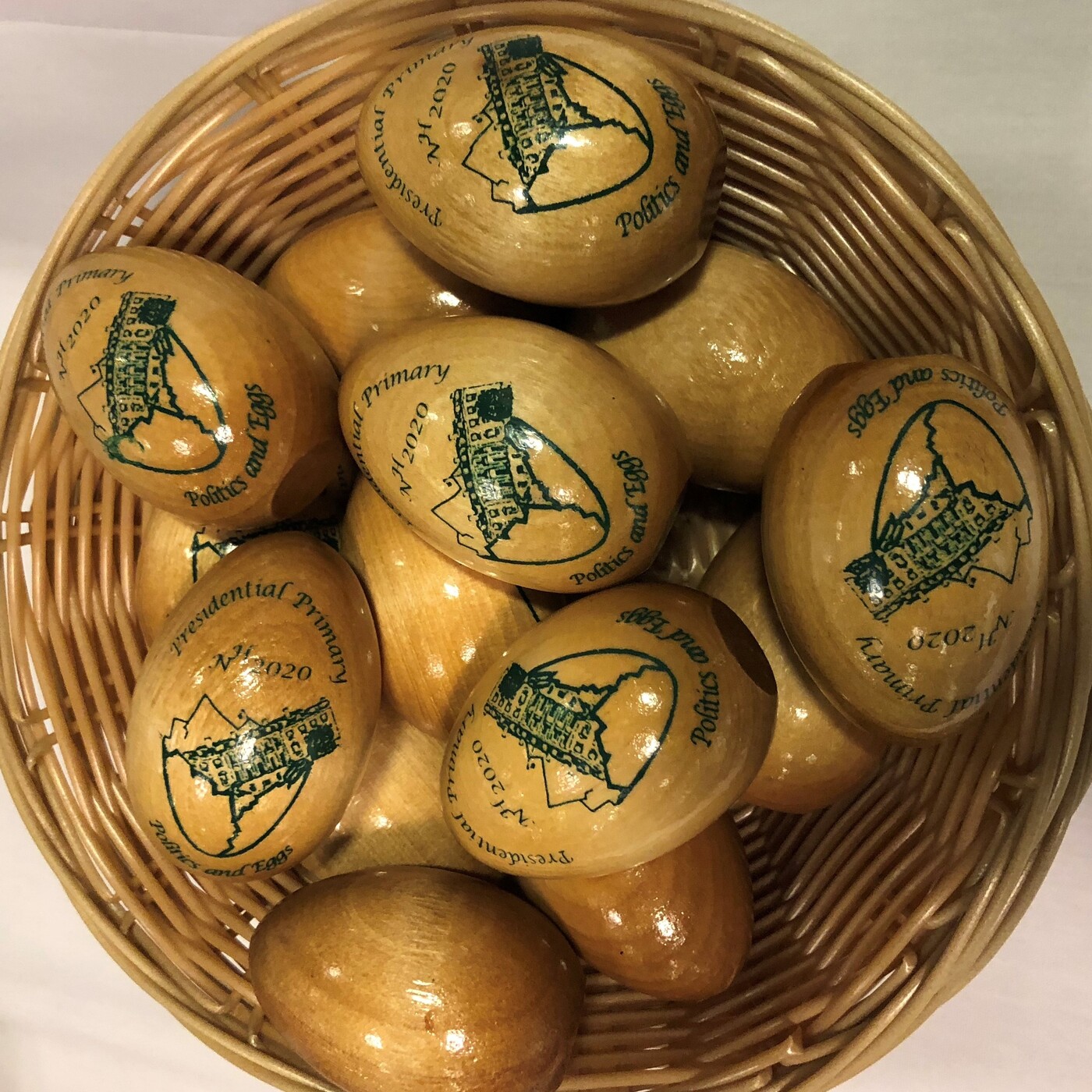 Other candidate hangouts include local barns. You may have to climb a narrow ladder up into the loft to get a decent view, but a political speech at a barn with cider and fresh doughnuts being sold in the gravel driveway isn't a bad way to spend a weekend afternoon or evening.

South Carolina: Off to church

In South Carolina — the first Southern state of the 2020 primaries — it's all about working the churches. People are used to seeing a presidential candidate sitting in one of the pews near the front during a service and then shaking hands on the sidewalk out front afterward. And for Democrats, that means going to church as a way to connect with African American voters, who made up roughly 6 in 10 Democratic primary voters in the state in 2016. 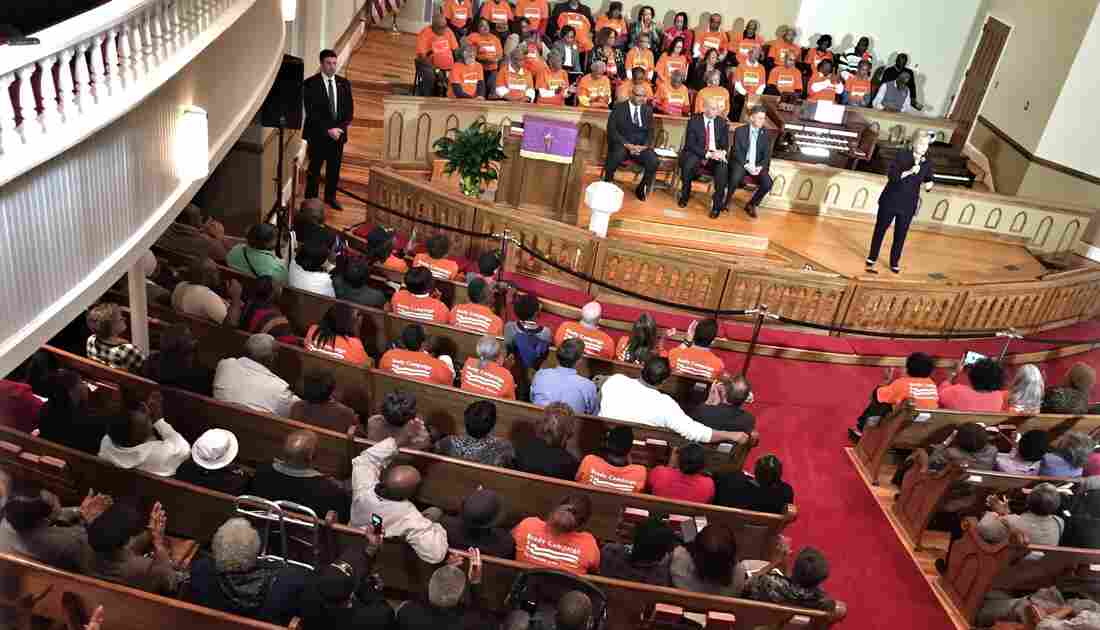 South Carolina churches are a prime spot for Democrats to reach out to African American voters. In this photo, Hillary Clinton campaigns at Cumberland United Methodist Church in 2016. Don Gonyea/NPR hide caption 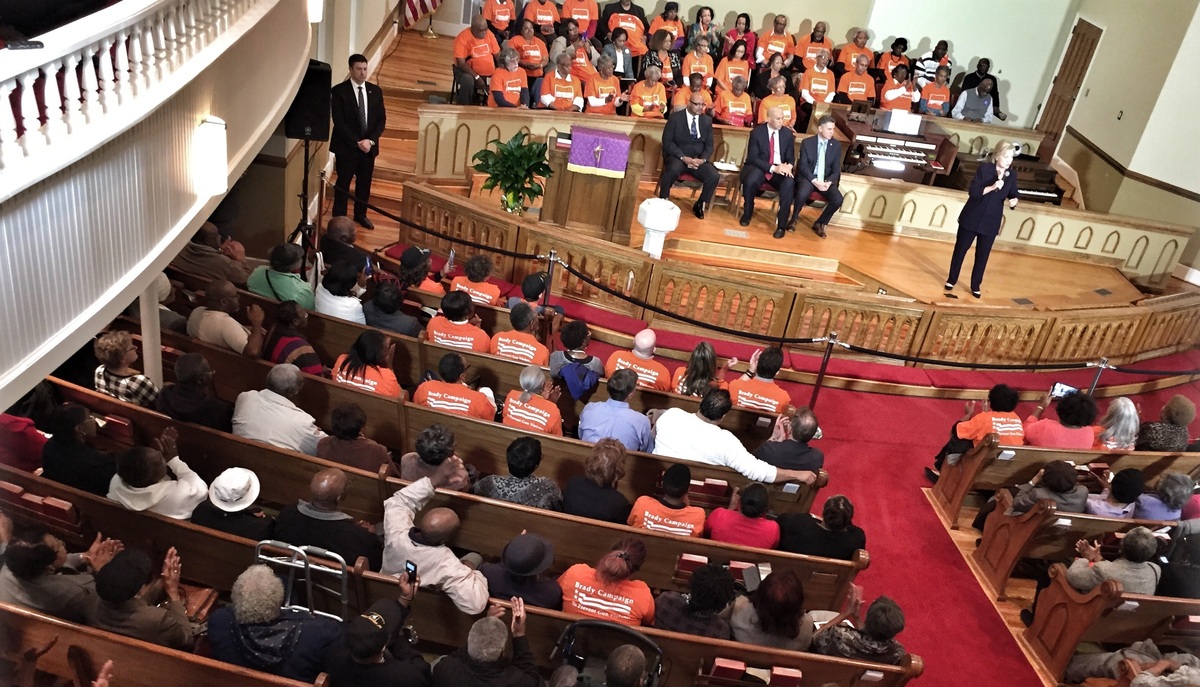 South Carolina churches are a prime spot for Democrats to reach out to African American voters. In this photo, Hillary Clinton campaigns at Cumberland United Methodist Church in 2016.

And it's not just Sundays. A crowd will gather at the local church any day of the week, day or night, to hear a presidential contender.

Other popular stops in the Palmetto State include the College of Charleston in the heart of the historic downtown. There's also a decommissioned aircraft carrier in the harbor at Charleston that provides a ready-made backdrop for any speech involving military policy or national security.

And a staple of every South Carolina campaign season is the local family dining chain called Lizard's Thicket. If you've driven through the state, you've seen one, and there's plenty of room inside for a candidate to stand in a booth or on a chair and speak to the entire place with the help of even a small PA system.

As an early campaign hot spot, Nevada is evolving. Like Iowa, it's a caucus state, despite a push to change it to a primary as a way to increase participation. Also, Nevada has only voted as early as it does now since 2008. Prior to that, it held a presidential primary that was very late in the nominating season.

Because of Nevada's relative newcomer status near the start of the nominating season, it hasn't had as long to establish as many campaign traditions.

That may be changing. A big draw for candidates is Nevada's Latino and Hispanic population, which is the largest of any of the early states by far.

And even if there's no long list of venues where presidential candidates have visited over the decades, there are still key places to go. 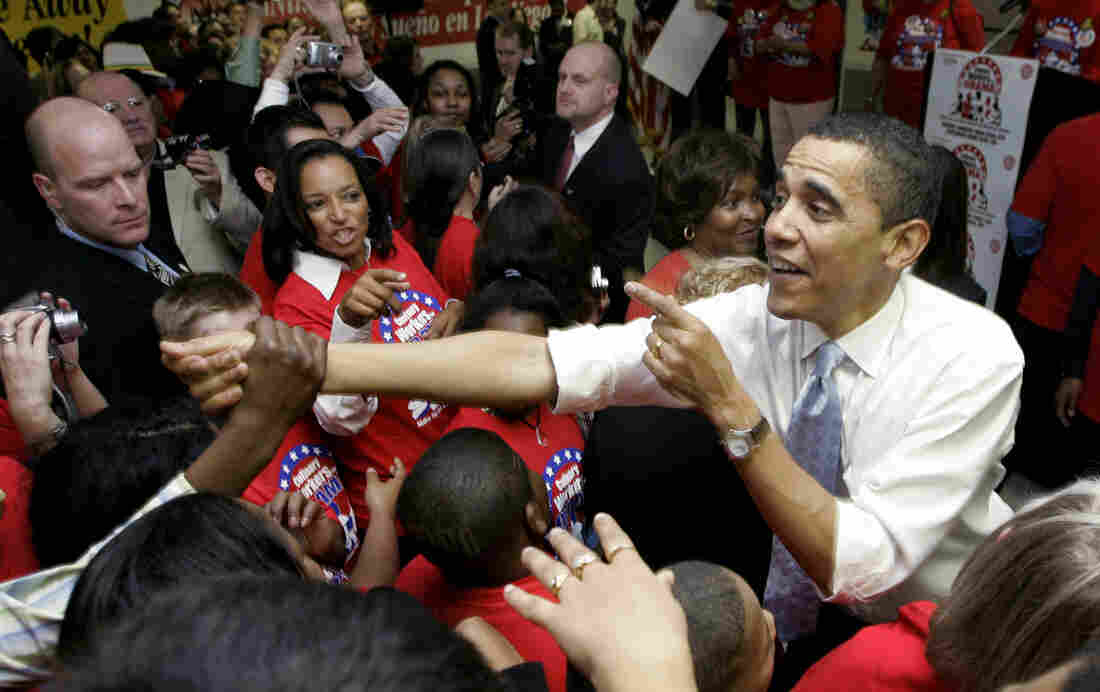 Perhaps most important is the Culinary Union Local 226 in Las Vegas. It has 60,000 members who work at the city's hotels and casinos. It's one of the most activist unions in the country, mounting grass-roots campaigns that make a difference in the state. Democratic candidates work hard to court the Culinary Union membership, for good reason.

Then there's food. In Las Vegas, Doña Maria Tamales is making itself known as a top spot for campaigning. Family-owned for nearly 40 years, the menu is traditional, the tamales are handmade and famous in their own right. They may actually be what brings candidates in, with any votes they pick up being a bonus. And that's how a campaign tradition begins to take hold.