Accessibility links
In Rural West Texas, Illegal Border Crossings Are Routine For U.S. Citizens In some remote border towns in Texas along the Rio Grande, U.S. citizens cross back and forth for medical care in Mexico. It's a technically illegal reality that local Border Patrol acknowledges. 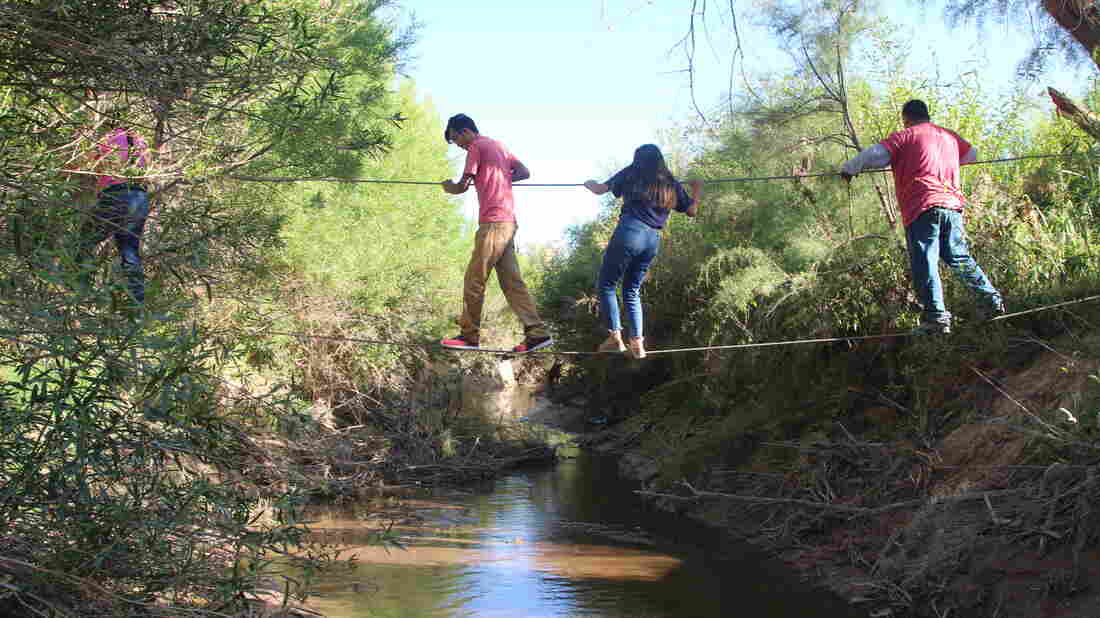 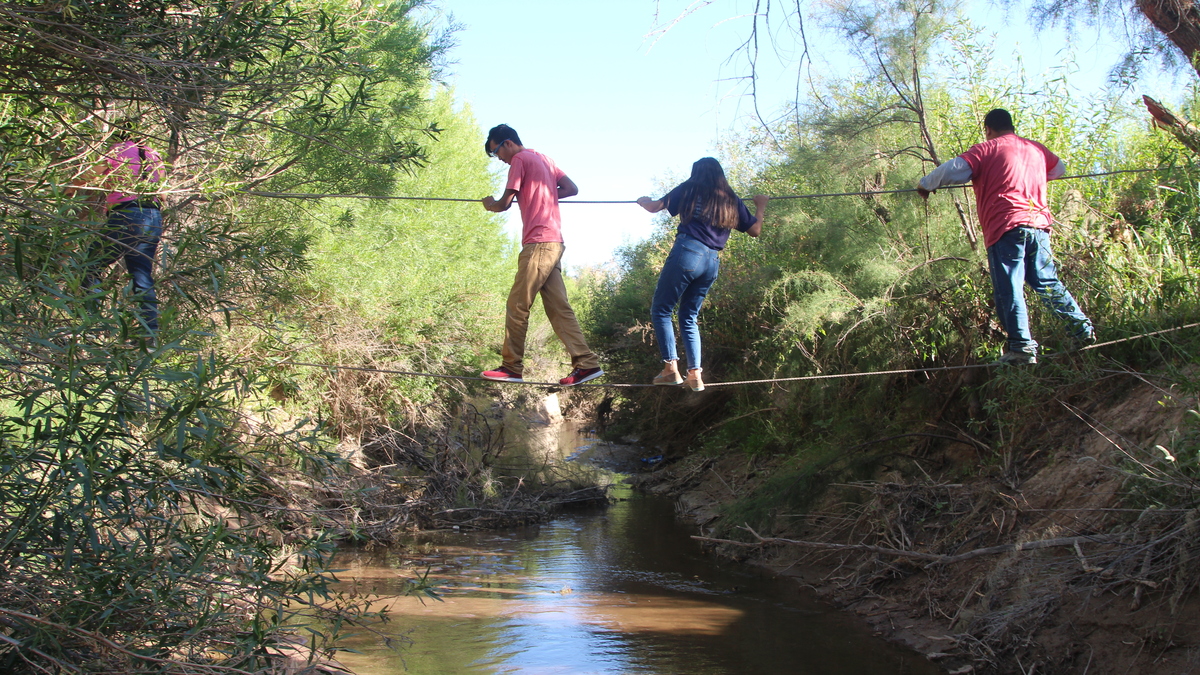 Along one rugged stretch of the Rio Grande, U.S. citizens routinely cross the border into the United States illegally. A shortage of basic services in rural Texas, such as health care, means U.S. citizens rely on Mexican services and rarely pass through an official port of entry on return.

Informal, unregulated crossings have been a fixture of life for generations in rural communities along the U.S.-Mexico border. Today, however, with the unrelenting focus on border security, this kind of unfettered back-and-forth by U.S. citizens is rare.

"We're citizens. We're U.S. citizens that have to go to get help in Mexico," said Loraine Tellez, a resident of the unincorporated town of Candelaria in West Texas. She said that the help principally involves health care.

There are two towns here, hamlets really, both remote within their own countries yet a stone's throw from each other across the Rio Grande — San Antonio del Bravo in Mexico and Candelaria in Texas. Their combined population is estimated by residents to be approximately 150 people.

If you are in Texas and get sick or have an accident, you can walk across the river — using ropes to cross above the water — to a clinic in San Antonio del Bravo where treatment and medicine are free, paid for by the Mexican government even if you're a U.S. citizen. In the U.S., the nearest hospital is a long drive away in Alpine, Texas.

"A 10-minute walk versus three hours to the hospital," Tellez said, detailing her options.

It's not a violation of U.S. law to walk into Mexico. However, returning back to Candelaria is. The official port of entry is a 90-minute drive away. 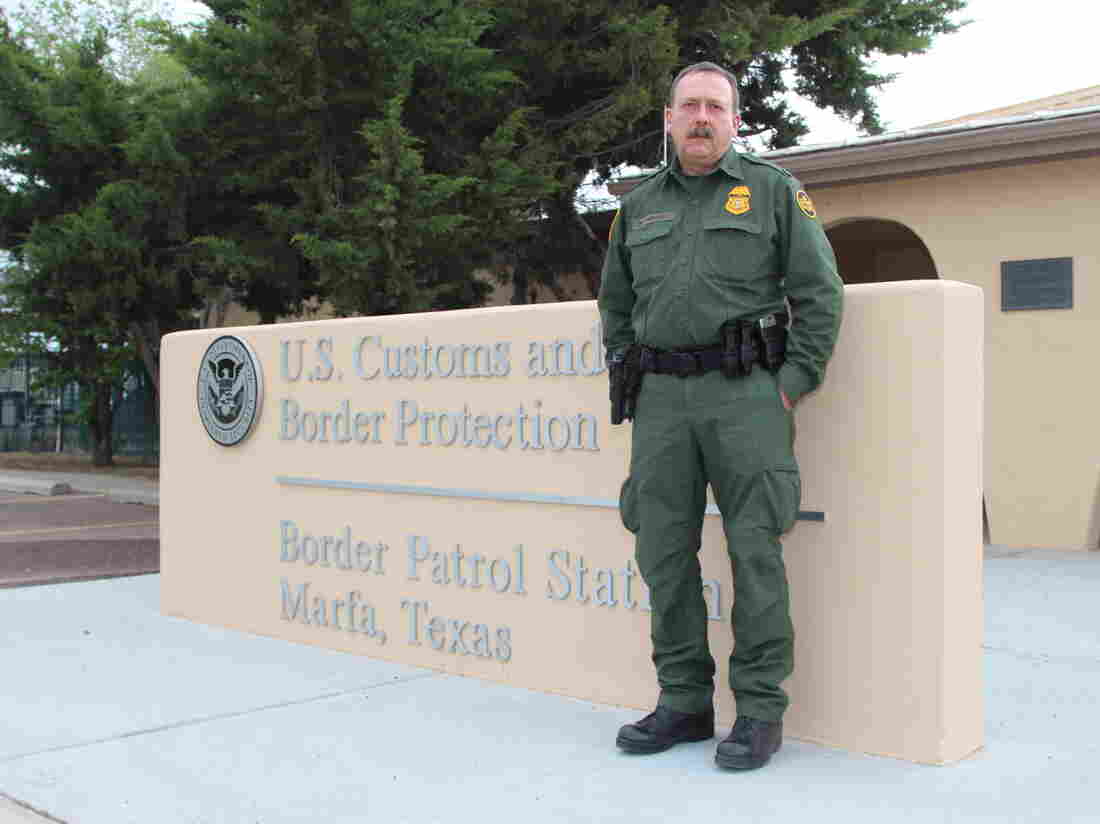 Border Patrol agent Mike Shelton. "The Border Patrol doesn't want to admit that things like this are going on," he says, "but the reality of the situation is it does." Lorne Matalon for NPR hide caption 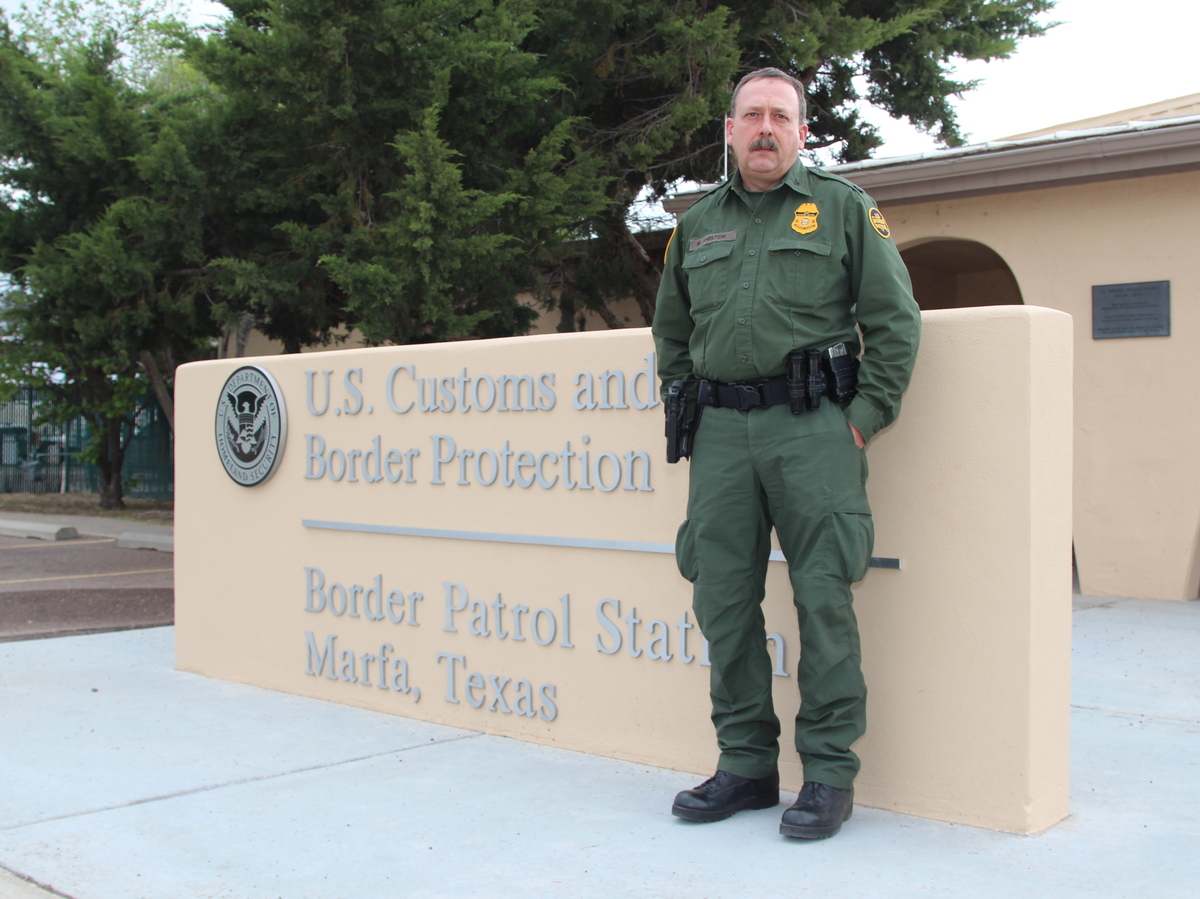 Border Patrol agent Mike Shelton. "The Border Patrol doesn't want to admit that things like this are going on," he says, "but the reality of the situation is it does."

"The Border Patrol doesn't want to admit that things like this are going on, but the reality of the situation is it does," Shelton explained. He said agents are trained to use their judgement on a case-by-case basis. "We want these agents to reason for themselves: 'Is what I'm about to do going to further the interests of the government and society?' "

"Just because we can take enforcement action doesn't necessarily mean we should," Shelton continued. "We don't want agents to put people's lives at risk simply because [the agents] are blindly following the letter of the law. It's about being human."

This area is also a well-trodden corridor for both human and drug smugglers. Residents said they'll tell agents if they have any misgivings about strangers they don't recognize.

"That's our way of helping them in order for them to help us," said Evelyn Lozano, 18, who said she has seen human smugglers passing through the region on multiple occasions.

Lozano is a U.S. citizen but effectively lives in both countries, with school in Texas during the week and weekends with family in San Antonio del Bravo. Lozano must travel three hours round trip each weekday to attend school in the border city of Presidio, Texas, because Candelaria does not have a school. Nor does it have a grocery store or gas station.

"They know that we are crossing illegally," Lozano said of Border Patrol agents working in the area from a small base in Candelaria. "But they do understand the fact that we do need to cross sometimes in order to get help, in order for us to get food, in order for us to survive. So that's why we go to Mexico, because we don't get that help here in Texas."

The help is reciprocal. Some Mexican citizens receive their mail in Candelaria because there's no postal service in San Antonio del Bravo. Their American relatives bring the mail across.

Tellez acknowledged that what is happening here flies in the face of border enforcement.

"Down deep in my heart it does make me feel guilty, but I have to do it sometimes," she said. However, she and other residents said, they don't flaunt what they're doing.

They understand that the Border Patrol has a job to do.

Meanwhile, the delicate dance between otherwise law-abiding U.S. citizens and border agents will continue on this isolated section of the Rio Grande.