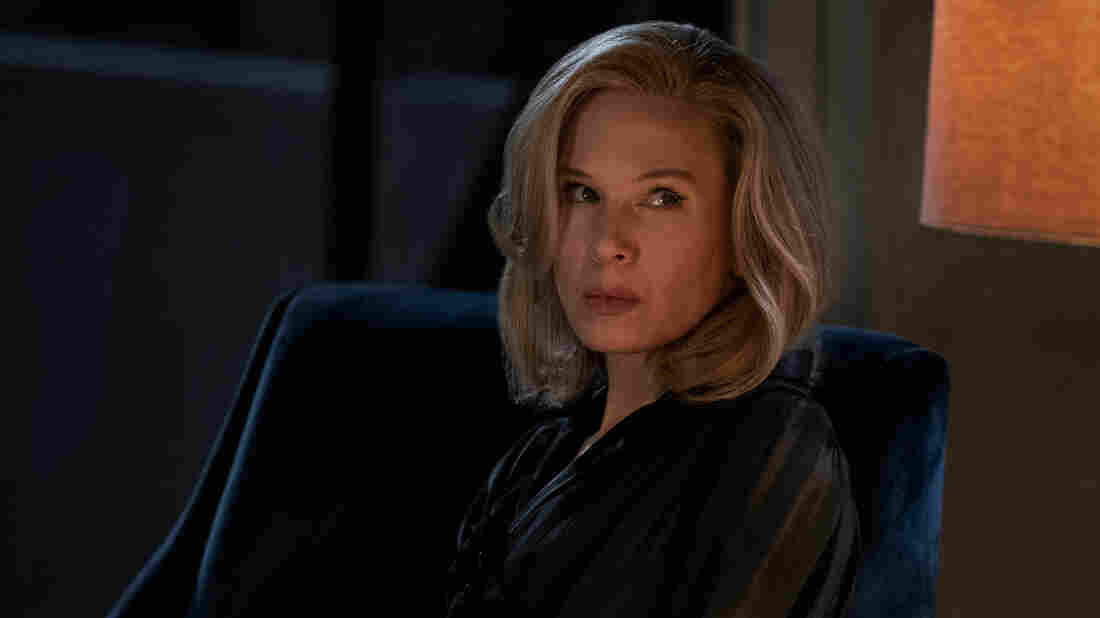 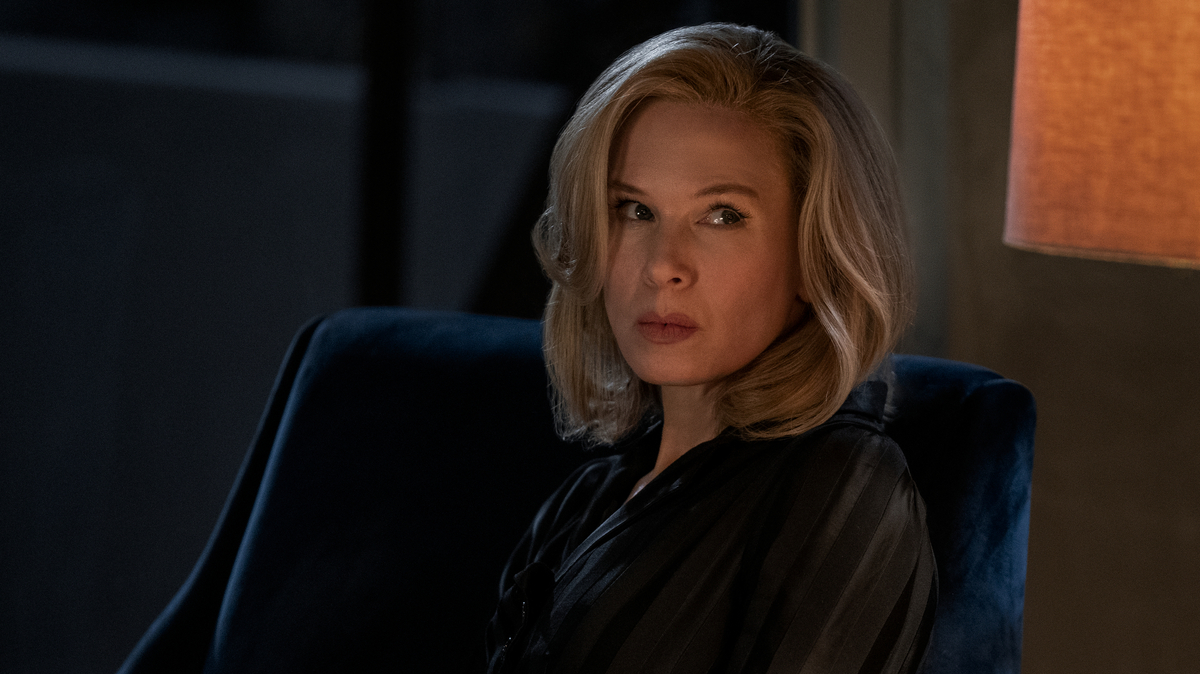 Let us begin with a story. A story of revenge (sort of).

At the 2011 summer press tour of the Television Critics Association, ABC presented a new drama series called Revenge that would premiere in the fall. It followed a woman played by Emily Van Camp who went around the Hamptons trying to seek ... well, revenge, on a lot of people who had somehow wronged her. If memory serves, she actually crossed them off! On a chart! Once she had gotten some of that delicious revenge! Anyway, when the panel of producers and cast sat down for their press conference, critics had already seen a little bit of the show. One of them raised a hand and asked, "Will any episodes end with Emily [Van Camp]'s character shaking her fist at the sky and screaming 'Revenge!'?"

You must first understand that the critic in question really put heart and soul into actually shaking one fist at the sky right there in the room and yelling, "REVENGE!" The vigor of it doesn't quite show up in the transcript. Nor does the good-natured laughter from the cast and producers, although the response from show creator Mike Kelley does: "What a great parody. Yes, every episode will now end with her shaking her fist."

I always believed this was one of the most auspicious things that could have happened at this panel, because the good humor on display indicated that the people involved knew what show they were making. They did not take offense at the affectionate treatment of the show as an over-the-top piece of high drama with an undertone of the absurd — even though they certainly intended for it to be a good show, and not a bad show. (It ultimately ran for four seasons.) If you liked it and got a kick out of it but you also thought every episode should end with her yelling "REVENGE!", that was just fine. You were understanding the product.

'Revenge' Vs. 'Ringer': Two Sides Of A Coin, But Only One's A Good Bet

I tell you this story because Mike Kelley is also the creator of the new Netflix series What/If. I have absolutely no idea why it has a slash in the middle of the title. None! There is no need for it! But there it is! And while none of the ten episodes in its first season ends with anyone yelling "REVENGE!", it's not unreasonable to note that ... they could.

What/If is meant to be an anthology series, where presumably each season will tackle some different morally murky scenario. This season is about a mysterious venture capitalist named Anne Montgomery, played by Renee Zellweger. Yes, sweet Renee Zellweger from Jerry Maguire! Here, she is a scheming financier aging hotly! Montgomery is a woman who swans around (really: "to swan," as in "I swan/you swan/they swan/we have swanned" is the only verb that seems remotely appropriate) her luxury home in silky outfits and flowing pants with only her faithful ... servant? assistant? butler? ... Foster (Louis Herthum) for company. She has become notorious for her book At Any Cost, in which she commands her readers to take control of their fates and references the foolishness of believing that "all your efforts — personal, professional, carnal — [are] utter and absolute slaves to some cosmically predetermined set of outcomes." (Who knew those were the three kinds of efforts that there are?) We know the book says all this because we see her dictate it into a tiny tape player while looking meaningfully out the window.

One night, Anne finds herself in a bar where the bartender is young Sean Donovan (Blake Jenner).

Now, I feel like we should pause for a moment to note that Blake Jenner is not a Jenner of the Kardashian/Jenners, though "Blake Jenner" sounds very much like a name that one of them would have. He is instead a pretty and wholesomely bland theater kid who won the second season of The Glee Project (the spinoff that allegedly sought talent that could go be on Glee) and then ... he went over and he actually was on Glee. He even starred in the Richard Linklater film Everybody Wants Some! But he is a totally independent kind of Jenner from the E! kind. So his DNA has not been crossed with the coding of Instagram or anything.

Sean is married to Lisa Ruiz Donovan (Jane Levy), who runs a biomedical startup called Emigen. Emigen is designed to profile your DNA (I think) so that (I think) they can better target your cancer. They take a few swipes at putting some medical detail to the technology, but the shorthand is this: Lisa is literally gonna cure cancer. Lisa feels extra-strongly about this, because, of course, she once lost a loved one, and now, all she wants is to make the world better. And to do that, she needs a great deal of money, because she's exhausted whatever resources she once had and apparently nobody cares about curing cancer. Boo!

Enter Renee Zellweger. Enter Anne Montgomery and the Sisterhood Of The Billowing Pants! She sets up a meeting with the Donovans, and they all get together in her ... Moss Sculpture Room? There, while wearing a get-up that somehow appears to be both a gold dress and a pair of gold pants given to flapping like sails on a ship on its way to a floating casino, she makes an offer to Sean and Lisa. The offer is that she will finance Lisa's hot brilliant startup if she can have one night with Lisa's hot dumb husband. Sean and Lisa immediately recognize this as an Indecent Proposal situation, and because it's a television show, they decide to go for it. (Think of the cancer patients Sean's naked behind can save!) But when they go to sign the contract, one of the conditions is that they can never talk to each other about what may happen between Sean and Anne. So Lisa will just have to wonder forever. (And to assume they had loads of sex, because that's the clear implication.)

But when Sean returns from his night of the Indecent Bro-posal, it appears that something weird has happened that maybe did not involve exclusively sex, not that Sean can tell Lisa what it was. Thus begins a winding tale about Anne threatening people and tormenting people and scheming and holding a war-themed party for her "rivals" (really her enemies) called "The Detente." You can tell the party is a very desirable invitation because a man with a very regrettable mustache wins his way in by beating Anne at fencing in her Empty Except For A Chandelier Room.

I know what you're thinking: because they're not showing or telling what happened between Sean and Anne on their night alone, there doesn't seem to be much sex in this show, and it seems like a show that would have more sex in it. You are right, up to a point. There's not much sex in that part of the story, but because this is a nutty soap at heart, there are a multiple stories!

Further furthermore, we are following Lisa's friend Angela (Samantha Marie Ware), a doctor who is cheating on her loving husband Todd (Keith Powers) with a powerful and creepy doctor at her hospital (Dave Annable). It is one of those affairs that fairly screams, I AM A BAD IDEA AND YOU WILL REGRET ME. (A scene where Annable acts menacing and scary while stalking around eating an apple is one of the show's weirdest and most ridiculous sequences.) This begins as a tale of forbidden love and secrets and betrayal, but I'm not afraid to tell you that by the end, it involves a bear trap. An actual bear trap, used to trap bears. So buckle up, buttercups.

This is the kind of show that peaks when something happens that is so stupidly elaborate that you cannot help but admire the verve with which they pull it off. For instance, in What/If, Anne has a secret past that she desperately doesn't want anyone to know about. And when she needs to go tend to something in her secret past, she has a set of keys that she retrieves from under a large glass case in her living room, where they hang from a post on a heavy ring. Why are her keys in the living room? Why aren't they somewhere more private? Why are they in a case? Why do they look like the keys to a pirate's barn? You shall not wonder! You shall just admire the way she slowly removes them from the post and swans off to confront her past! Sort of!

Bad mustaches, people getting tied to chairs, creepy basements, someone saying you could cut the tension with a knife, followed by a shot of a knife, a sincere commitment to glute-centric partial nudity ... This show has everything. And it's as if the show's world occasionally realizes there's something that hasn't been included, so someone throws it into the story like a broken chair onto a beach bonfire. For example, this is precisely the kind of show where someone would suddenly realize nobody has used the theory of relativity yet, so someone would just write "e=mc2" on a piece of paper, and that would be the key to solving a terrible problem. So obviously, this happens.

I'm torn about whether my favorite line is "Leave it to you to bring an axe to a gunfight!" or "The tree's suffering proved its opportunity." (The latter is said by Anne in a tone defined by the question "What if a very stoned person wrote fortunes?") I'm torn about whether the best sequence is the psychedelic chocolates overdose or the masquerade-themed real estate showing. There is so much to take in. There is so much to wonder at.

I would be hard-pressed to say this is a good show, given that nothing in it ultimately makes very much sense, and terrible secrets that promise to be very scandalous sometimes fizzle. Business people make things happen by just yelling into phones (I'm not sure "big pharma" can file a "class-action lawsuit," for instance). I also had to turn on the closed-captioning at one point because people were discussing important plot points while sloppily making out, and I couldn't understand what they were saying.

So it's not a good show, but it's entertaining in a very specific way. Zellweger has sunk her teeth so deeply into this notion of Welcome To Rich Prowling Cougartown that she's practically licking up bowls of milk. Everything in What/If is forever being revealed and unfurled and figuratively glitter-bombed, and if I were trying to distract myself from the problems of the world and had perhaps a tankard of wine and a dear friend at my disposal, I just might put my head on a fuzzy pillow and fire it up.