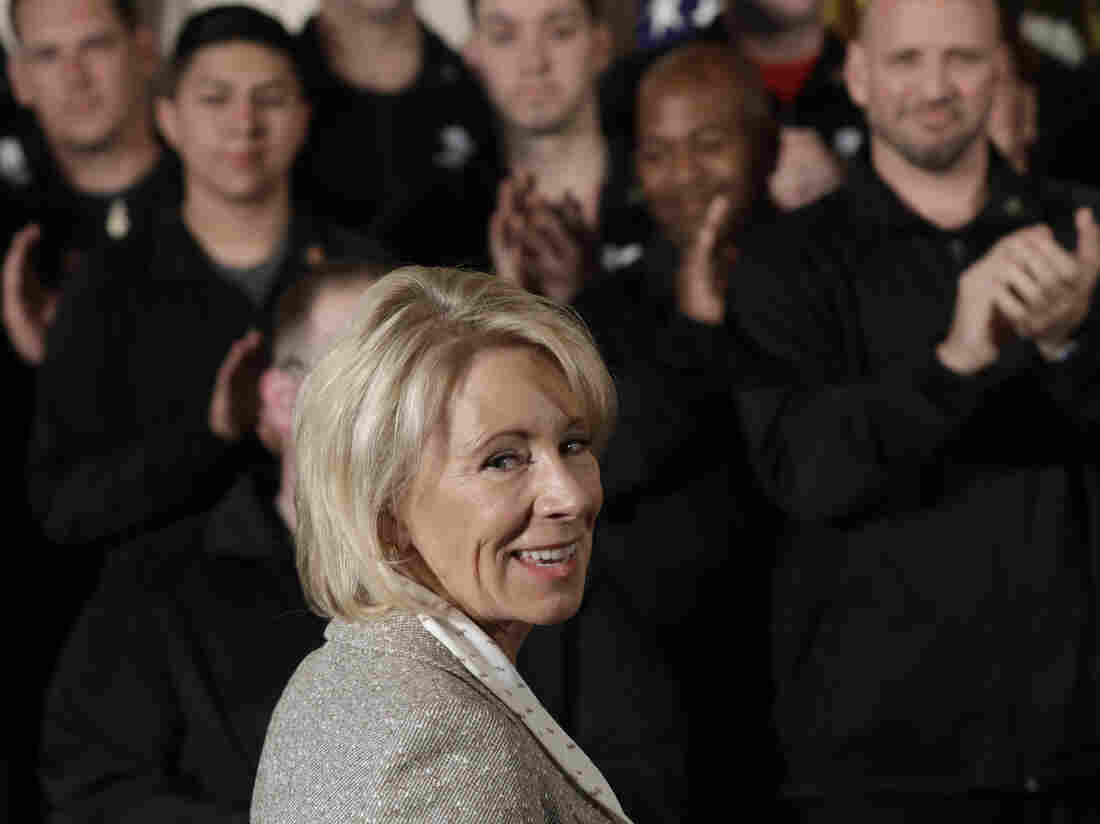 U.S. Secretary of Education Betsy DeVos has not responded publicly to the letter seeking automatic student loan forgiveness for veterans who are permanently disabled. Bloomberg/Bloomberg via Getty Images hide caption 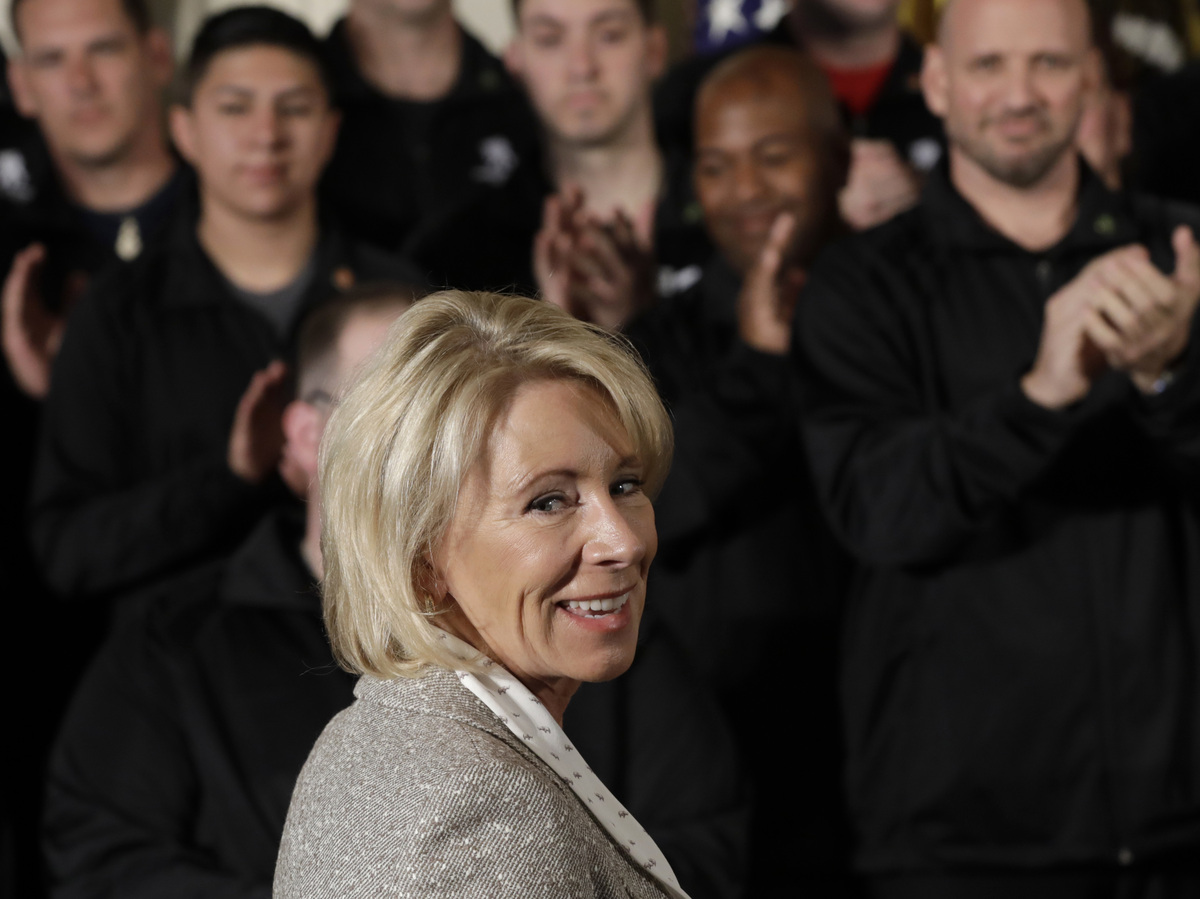 U.S. Secretary of Education Betsy DeVos has not responded publicly to the letter seeking automatic student loan forgiveness for veterans who are permanently disabled.

The Department of Education has identified more than 42,000 veterans who qualify for a federal program known as Total and Permanent Disability Discharge, or TPD, that offers to relieve borrowers from repaying certain government student loans. These veterans, the letter says, shoulder over $1 billion in education debt that could be forgiven.

To get the benefit, veterans must first apply for the program. According to information obtained by the group Veterans Education Success through a Freedom of Information Act request, almost 60 percent of eligible veterans had defaulted on a loan payment as of April 2018. Yet only about 20 percent had applied to the loan forgiveness program.

The attorneys general want that to change. In the letter — which was also signed by attorneys general for the District of Columbia and three U.S. territories — they propose making the forgiveness program automatic for veterans who have been identified by the Department of Education.

"As a nation, we have a moral obligation to assist those who have put their lives on the line to defend us," the letter reads. "There is no statutory or legal requirement that the Department of Education demand that eligible veterans affirmatively apply for TPD discharges before the Department will forgive their loans."

In a statement to NPR, the Education Department said it recognized the sacrifices that veterans make for their country, adding that it has worked to streamline the TPD discharge process.

"While we have worked to make this process as easy and as seamless as possible for veterans, the last thing we want to do is cause unintended consequences for them," according to the statement.

The department said discharges could raise veterans' tax bills or inhibit them from taking out more student loans.

In their letter to DeVos, the attorneys general dismissed the department's concern about increasing borrowers' tax bills.

"[F]ederal tax law now excludes loan discharges for disabled borrowers from taxable income, and most states' tax codes do likewise," said the letter. "Moreover, we think it likely that most borrowers would prefer to have one hundred percent of their outstanding loans discharged, even if this resulted in an increase to their state tax bill."

The letter from the attorneys general follows at least two other similar letters that Republican and Democratic members of Congress sent to DeVos last year.