Accessibility links
Study Shows Freezing Office Temperatures Affect Women's Productivity Do you often hear your colleagues complain that the office is too cold or that they have to bundle up? A new study shows that women are more productive when their surrounding temperatures are higher. 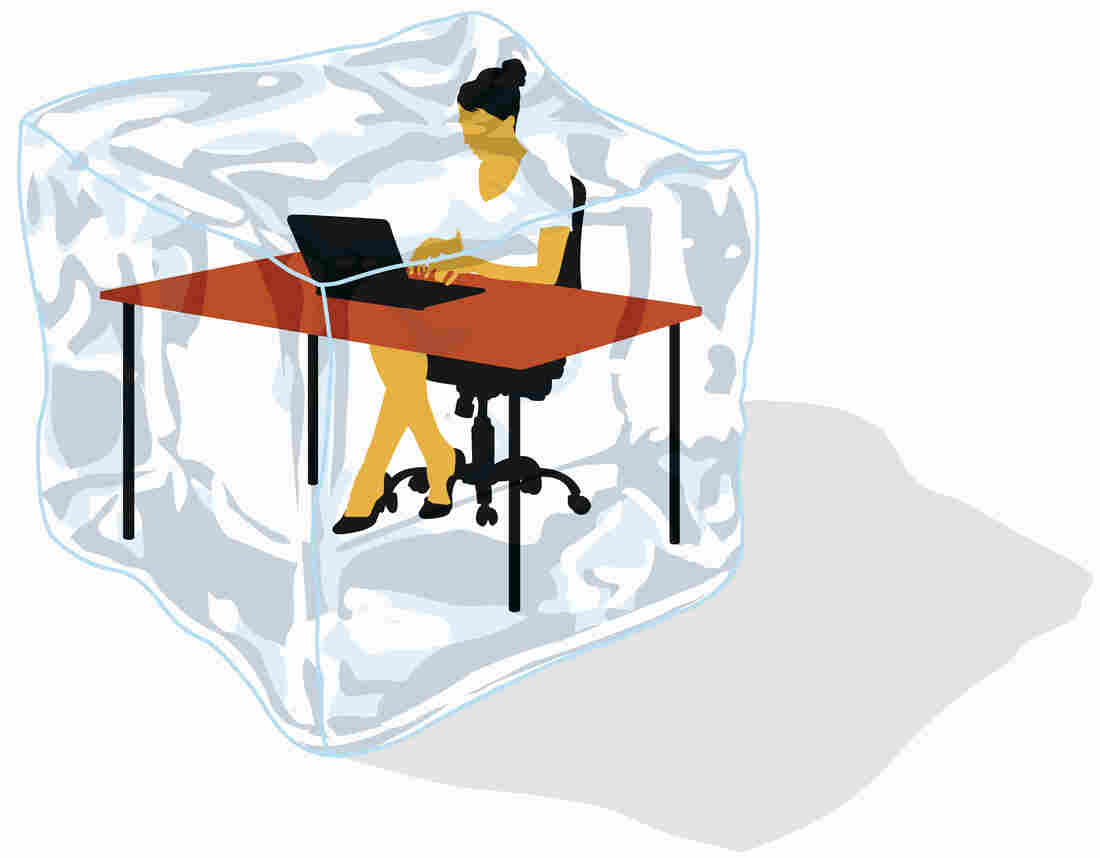 As the battle for the thermostat is being waged in offices and homes across the U.S., a new study shows that women perform better in certain areas when the temperature is higher. Neil Webb/Getty Images/Ikon Images hide caption 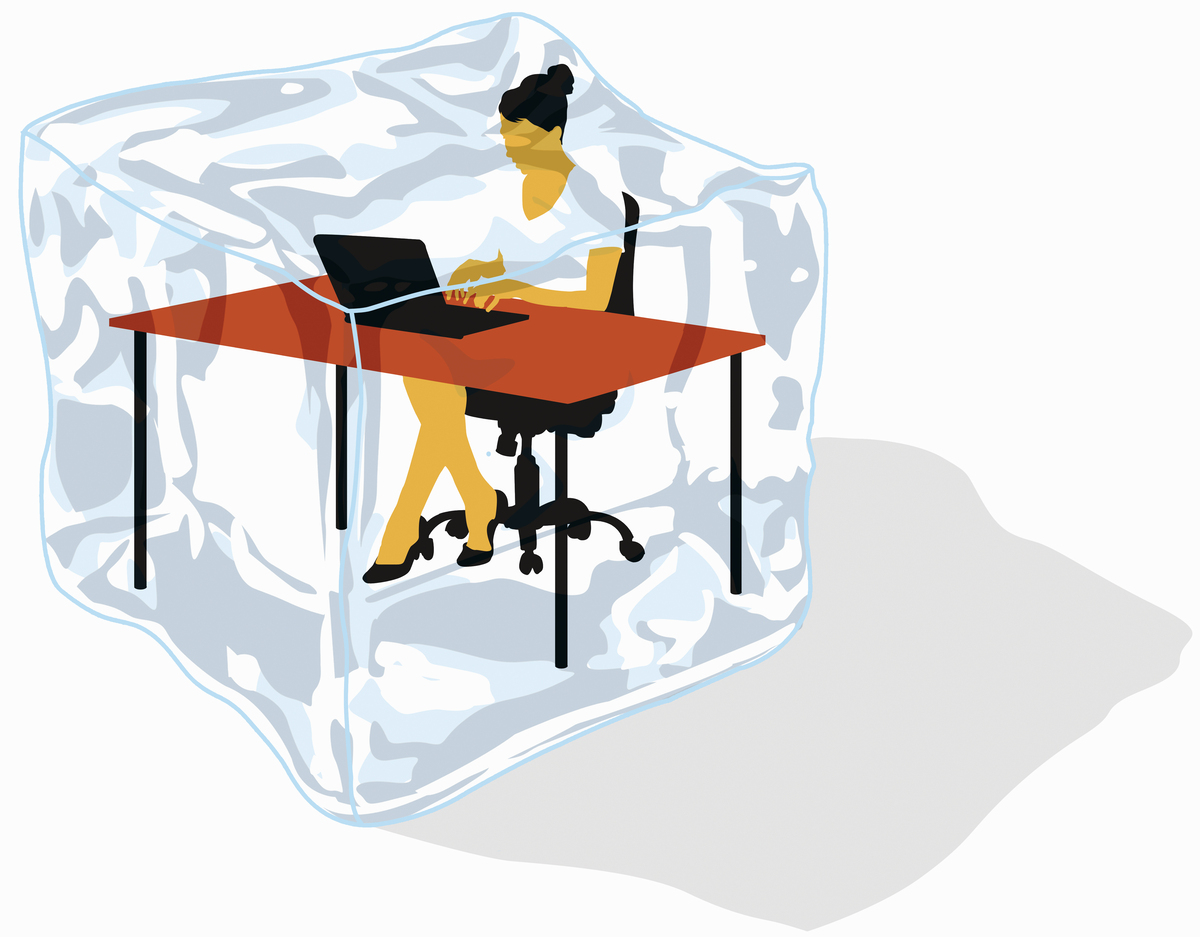 As the battle for the thermostat is being waged in offices and homes across the U.S., a new study shows that women perform better in certain areas when the temperature is higher.

Maybe you know colleagues who keep a sweater or a blanket at their desks to stay warm as the air conditioning tries to ice them out. Alternatively, maybe you have a co-worker who always comments on how warm the space is.

Either way, it's evident that the battle for the thermostat is being waged in offices and homes across the United States.

It's the debate that Tom Chang and his wife have been having for more than a decade.

Chang is an associate professor of finance and business economics at the University of Southern California. He says that their "vigorous discussion" is, in part, what prompted him to study the effect of temperature on people's cognitive performance.

He, along with Agne Kajackaite of the WZB Berlin Social Science Center, took 543 German college students, put them in a room and made them take tests at different temperatures — ranging from as low as 61 degrees to as high as 91 degrees.

The study showed a difference in performance between men and women depending on the temperature.

In other words, the warmer the room, the better the women did on the tests overall.

But the point of the study isn't to say whether there is an ideal office temperature, Chang says.

"I think, if anything, what I want people to take away from this study is that we're all a little different here and that one size doesn't fit all," he says. "More broadly, I think we should be more aware that environmental factors, like temperature, have a much bigger impact on your day-to-day lives than we generally give them credit for."

Chang says if you see half your workers keeping blankets at their desks, or sweating through their shirts, maybe consider changing the temperature.

"Our research says that even if as a business you only care about profit and productivity, you should take the comfort of your workers into account, as it will affect the bottom line," Chang says.

NPR's Audrey Nguyen and Lynn Kim produced and edited this story for broadcast. Wynne Davis produced it for digital.