Accessibility links
Knife-Wielding Man Kills 2, Injures 17 In Japan Mass Stabbing A knife-wielding man attacked a group of elementary school children as they were boarding a school bus at about 7:45 a.m. local time in the city of Kawasaki, according to news reports.

2 Killed, At Least 17 Others Injured In Japan Mass Stabbing

2 Killed, At Least 17 Others Injured In Japan Mass Stabbing 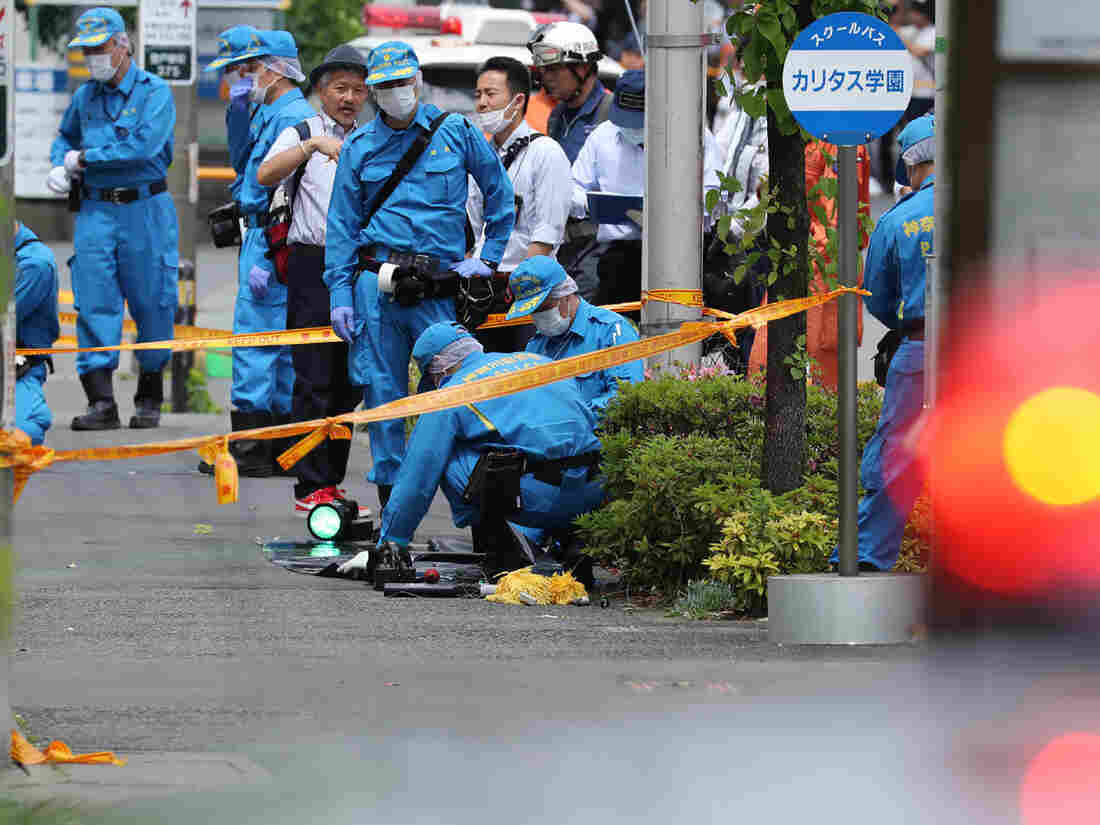 Police forensic experts investigate a crime scene where a man stabbed 19 people, including children in Kawasaki on May 28. Two people, including a child, are reportedly dead. Jiji Press /AFP/Getty Images hide caption 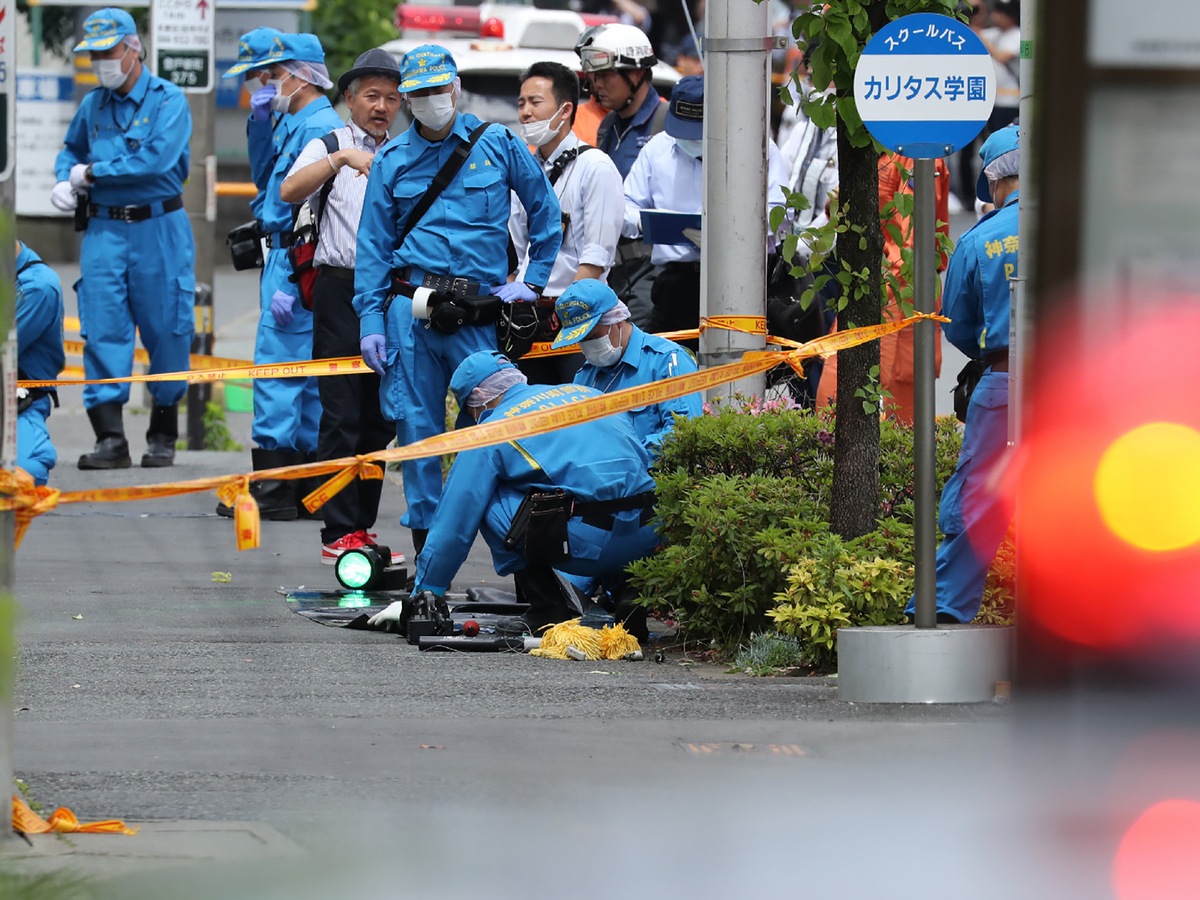 At least two victims are dead, including an 11-year-old girl, and about 17 others were injured in a mass stabbing attack near Tokyo, Tuesday morning.

A man who was killed was in his 30s and an official with Japan's Foreign Ministry, NPR's Anthony Kuhn reported.

Japanese broadcaster NHK quoted officials who said a knife-wielding man attacked a group of elementary school children as they were boarding a school bus at about 7:45 a.m. local time in the city of Kawasaki.

The suspect reportedly stabbed himself in the neck before he was detained. He has since died from his injuries, according to the broadcaster.

An eyewitness told police that the suspect, armed with two knives, approached the school bus and began stabbing children "one after another," NHK said.

Most of the victims are students at Caritas Elementary School, a private Catholic school run by Canadian nuns. They suffered non-life-threatening injuries, the Associate Press reported.

In Trump's Japan Visit, Golf, Sumo Wrestling — And A Raft Of Policy Differences

"A man stabbed them," Dai Nagase, spokesman for the Kawasaki Fire Department, told AFP. "We received an emergency call at 7:44 am, which said four elementary school children were stabbed."

The motive for the attack is unknown.

Throughout the morning and into the afternoon, people left offerings of flowers and drinks on the sidewalk near the site of the incident where dried bloodstains were still visible.

The fatal incident took place during President Donald Trump's visit celebrating the start of the Emperor Naruhito's new reign. He expressed his condolences and support while visiting a Japanese warship at the port of Yokosuka.