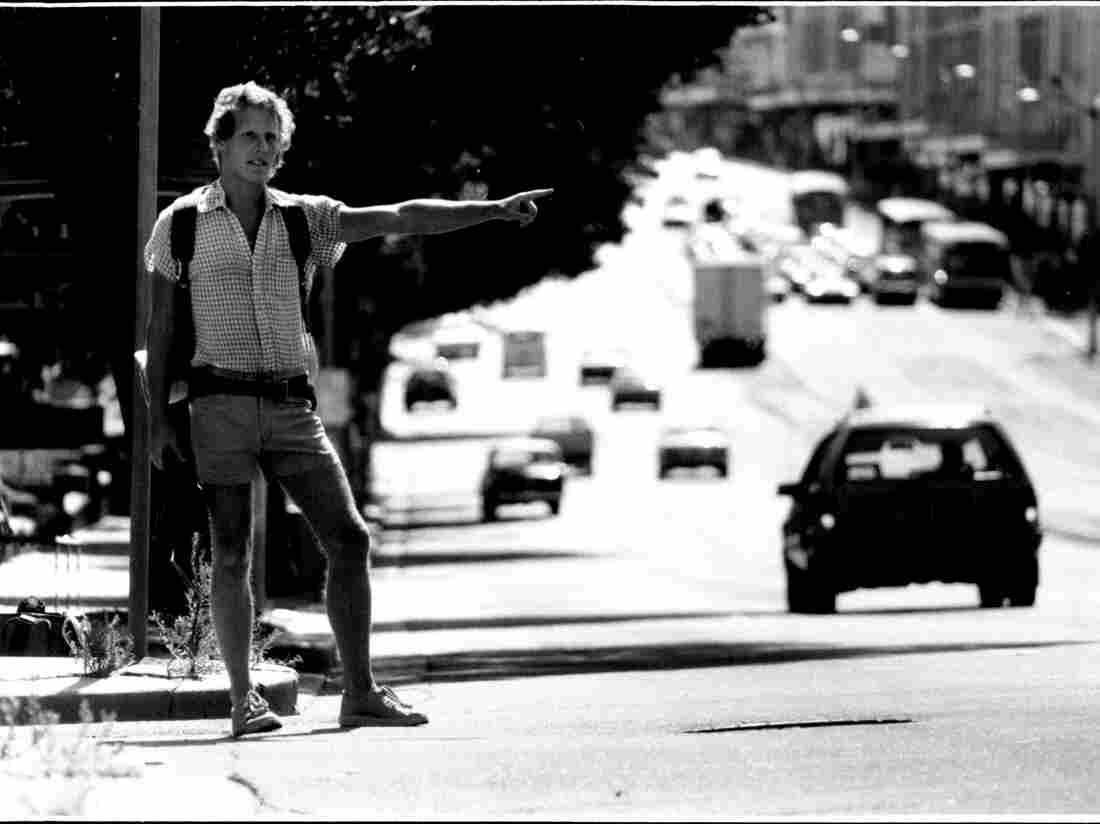 Tony Horwitz, seen hitchhiking in Australia in 1986, wrote about the experience later in his book One for the Road: Hitchhiking Through the Australian Outback. Horwitz, who would go on to win the 1995 Pulitzer Prize for national reporting, died Monday at the age of 60. Philip Wayne Lock/Fairfax Media via Getty Images hide caption 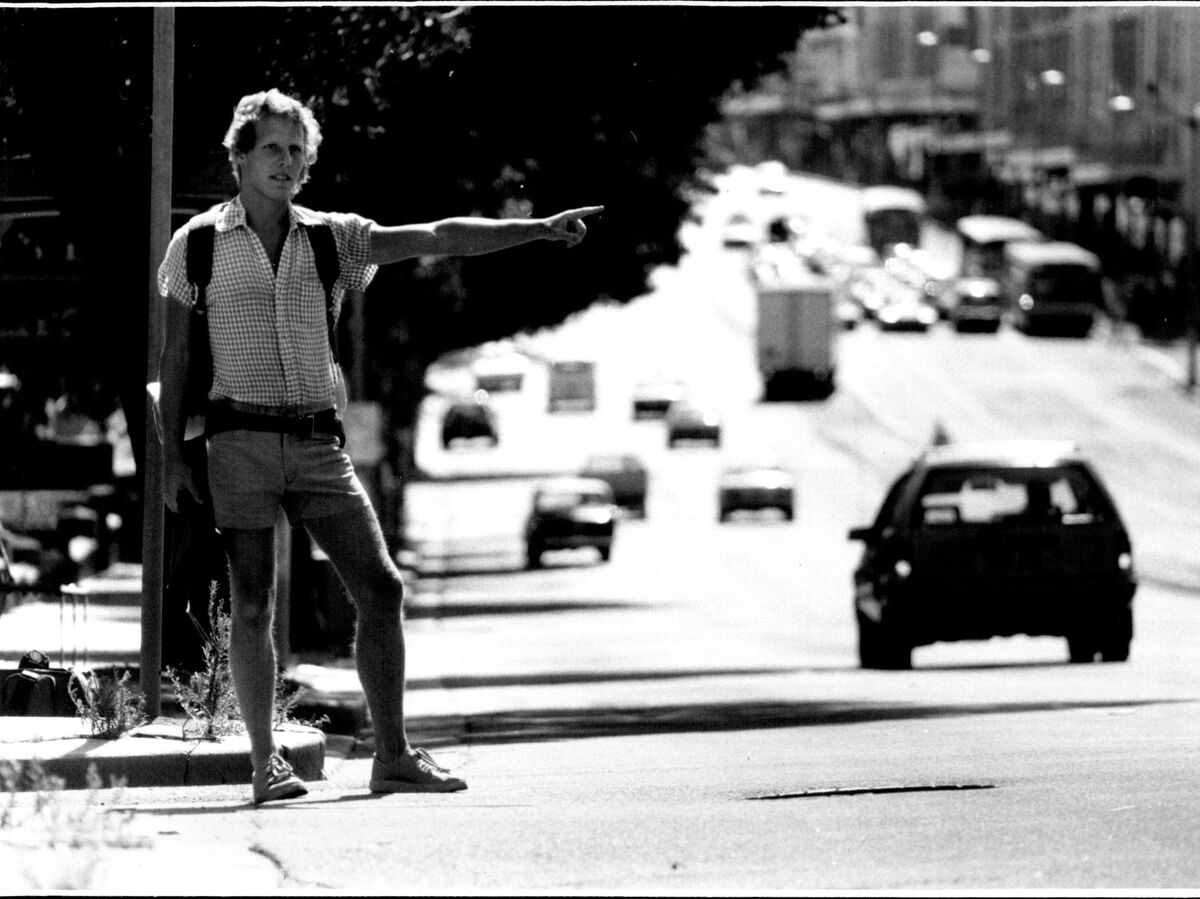 Tony Horwitz, seen hitchhiking in Australia in 1986, wrote about the experience later in his book One for the Road: Hitchhiking Through the Australian Outback. Horwitz, who would go on to win the 1995 Pulitzer Prize for national reporting, died Monday at the age of 60.

Tony Horwitz, the Pulitzer Prize-winning journalist, historian and author whose books have graced best-seller lists and college syllabuses, has died at the age of 60. His publisher confirmed to NPR that he died Monday without warning, suffering an apparent cardiac arrest while in Washington, D.C., on tour for his most recent book.

The book, Spying on the South, had been released just two weeks ago.

The writer won the Pulitzer for national reporting in 1995 for his work with The Wall Street Journal, covering working conditions for low-wage employees in the U.S. The stories took him from Mississippi to Maryland to Iowa. But he'd already done a lot of travelling for his own work before that.

In One for the Road, published in 1987, a young Horwitz wrote of his grueling journey hitchhiking across 7,000 miles of the Australian Outback, and roughly two decades later, he retraced the steps of the early European settlers along the east coast of the U.S. in A Voyage Long and Strange.

"I think part of what I wanted to do is restore a little bit of the unpredictability to history," Horwitz told NPR's Melissa Block shortly after the book's publication in 2008. "It didn't have to unfold this way, it could well have gone very differently."

'A Voyage Long and Strange' to America's Past

'A Voyage Long and Strange' to America's Past

In some ways his mission — to dust off some of history's stalest truisms, give them a good shake and find the truths still beating beneath the cliches — dominated much of his work. That included a fair share of personal soul searching, and Horwitz himself rarely hesitated to insert himself into the story — or even, as in 1998's Confederates in the Attic, to set himself at center stage.

The book, a best-seller that found its way onto college syllabuses across the U.S., focused on the enduring afterlife of the Civil War and how so many people — Horwitz included — often find themselves reenacting, relitigating and generally reliving the central conflicts of that bloody struggle. Years before Confederate statues and rebel flags began to draw harsh scrutiny and, in some cases, fall beneath the weight of popular outrage, Horwitz heard the arguments surrounding how to remember the Confederacy already in full voice.

"People are staking out extremes at either end, rather than saying there's a common history here," he told Fresh Air in 1998.

"There's this attitude towards history that we have to lobby for it now — almost that objective truth doesn't exist, and that it's kind of hopeless to look for it. And that instead you just sort of stake out your position and cling to it in the hopes that that you'll swing the pendulum your way," he added. "I found this very dispiriting."

Discouragement aside, Horwitz kept working. And he kept publishing.

Earlier this month he released his latest book, the product of yet another road trip in search of the truth. Following in the footsteps of Frederick Law Olmsted, a landscape architect and reporter who trekked across the American South in the mid-19th century, Horwitz produced a travelogue in the same vein as Confederates in the Attic — one that "is every bit as enlightening and alive with detail, absurdity and colorful characters" as its predecessor, according to Fresh Air critic Maureen Corrigan in her recent review.

When Horwitz died Monday, he was on the road once more. Though a native of D.C., he had been living on Martha's Vineyard for more than a decade before his death. There, his publisher, Penguin Random House, explains that "he was an ardent advocate for conservation and historic preservation and a regular at the Chilmark softball games."

But the memory of elsewheres was never far from his mind.

"And I hope they occasionally remember me," Horwitz wrote recently of the many Southerners he met in researching his books. "Not as a Fox-induced boogeyman on the bar TV, one of those 'coastal elites' dripping with contempt and condescension toward Middle America. But rather, as that guy from 'up north' who appeared on the next bar stool one Friday after work, asked about their job and life and hopes for the future, and thought what they said was important enough to write down."