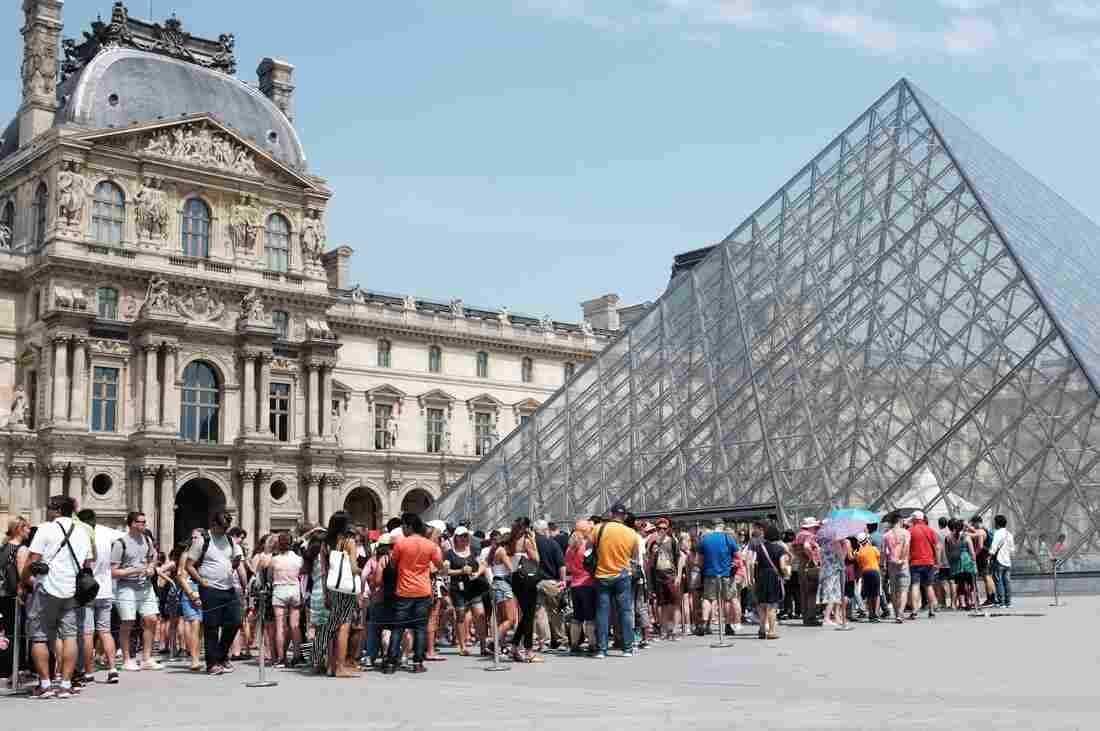 The Louvre was closed on Monday as security and reception staff went on strike over what they say are deteriorating working conditions as the museum draws record crowds. Here, visitors queue outside the Louvre in July 2015. Miguel Medina/AFP/Getty Images hide caption 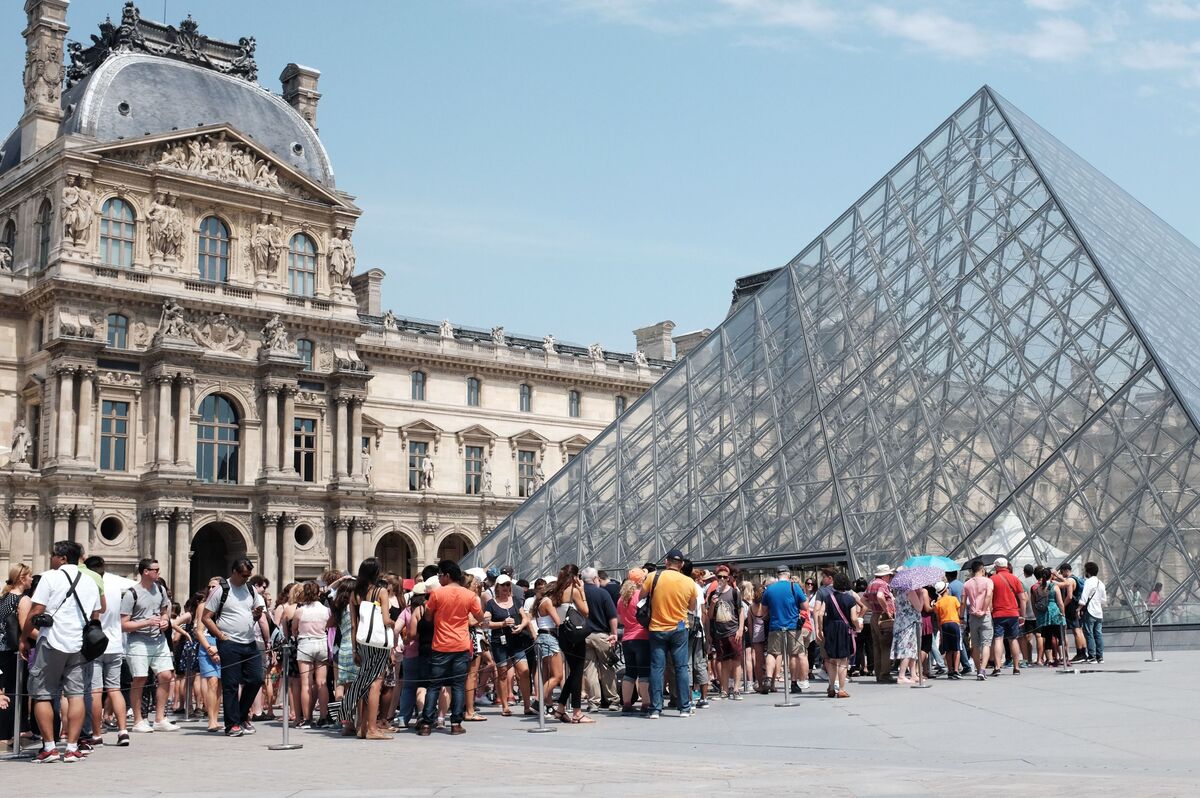 The Louvre was closed on Monday as security and reception staff went on strike over what they say are deteriorating working conditions as the museum draws record crowds. Here, visitors queue outside the Louvre in July 2015.

The Louvre was shuttered on Monday, leaving hordes of tourists outside amid its famous glass pyramids. The reason? The Paris museum's security and reception staff were on strike, protesting "unprecedented deterioration of conditions" amid record crowds.

The museum, located in a former royal palace on the city's Right Bank, attracted a record 10.2 million visitors last year – a 25% increase over the year before. "No other museum in the world has ever equaled this figure," the museum trumpeted in January.

But workers say both visitors and staff are suffering from such massive popularity.

"The Louvre is suffocating," the Sud Culture Solidaires Union said in a statement Sunday. "While the public has increased by more than 20% since 2009, the palace has not grown. ... Today the situation is untenable."

Due to a recent increase in visitor numbers, members of the Musée du Louvre’s Reception and Security staff are exercising their right to strike. The museum will therefore remain closed all day today (May 27, 2019).

American visitors to the museum on Monday posted photos of the disappointed queues outside. "Well this is great," tweeted one Californian. "Glad I got to the Louvre early."

Strike at the Louvre Museum !!!!
Without any warning to the customers??!!?? pic.twitter.com/QG4tAk1JPD

The museum is offering refunds to those who bought tickets for the day.

The union cites several problems it says are caused by overcrowded conditions at the museum: an aggressive and impatient public, jostling crowds and inadequate emergency evacuation measures.

"What to say about visiting conditions when people are confronted with noise, trampling, crowds, extreme fatigue and the total inadequacy of museum facilities at such a high volume of visitors?" the union said in the statement. "The Louvre does not have the means of its ambitions."

The Louvre is closed today, as it is customarily on Tuesdays. A notice on its website said the museum would open late on Wednesday after "a general meeting attended by members of the Musée du Louvre's Reception and Security staff." It warned that large numbers of visitors are expected in the coming days, and recommended buying tickets online.

Pierre Zinenberg, a Louvre employee and union representative, told the Associated Press that the outcome of Wednesday's meeting would determine whether the museum would re-open that day, or whether the strike would continue.