Accessibility links
MacKenzie Bezos Pledges To Give More Than Half Of Her Billions To Charity "We each come by the gifts we have to offer by an infinite series of influences and lucky breaks we can never fully understand," Bezos said as she signed the Giving Pledge. 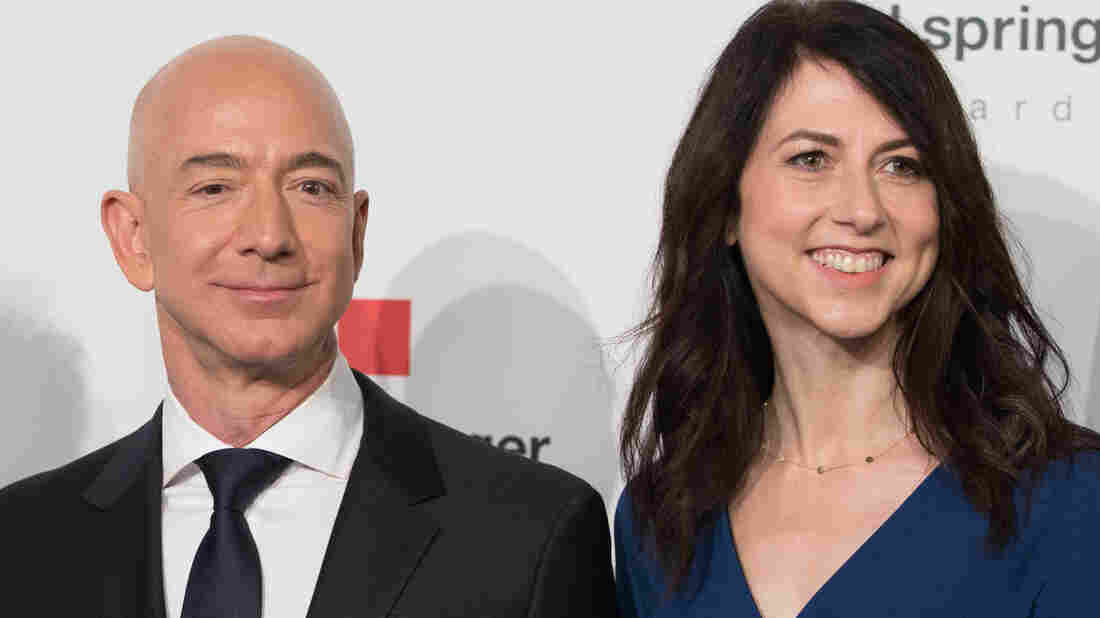 MacKenzie Bezos, one of the wealthiest women in the world, says she'll give at least half her fortune to charity. She's seen here in April 2018 with her now-former husband, Amazon founder Jeff Bezos. Jörg Carstensen/picture alliance via Getty Image hide caption 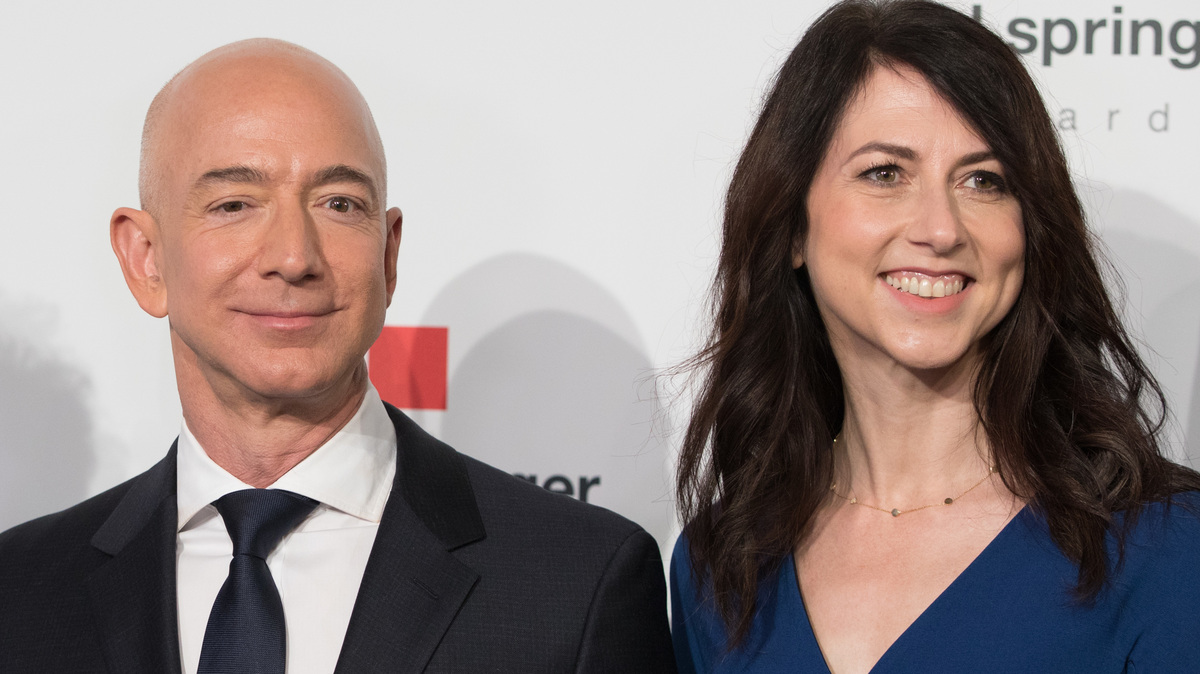 MacKenzie Bezos, one of the wealthiest women in the world, says she'll give at least half her fortune to charity. She's seen here in April 2018 with her now-former husband, Amazon founder Jeff Bezos.

MacKenzie Bezos, who received more than $35 billion in her divorce from Amazon founder Jeff Bezos, has signed the Giving Pledge, making a commitment to give more than half her fortune to charity or philanthropic causes.

"We each come by the gifts we have to offer by an infinite series of influences and lucky breaks we can never fully understand," Bezos wrote in a letter announcing her pledge. "In addition to whatever assets life has nurtured in me, I have a disproportionate amount of money to share."

As one of the wealthiest women in the world — and the ex-wife of a billionaire who has not signed the Giving Pledge — Bezos is the most prominent name on the list of new signatories to the pledge.

Jeff Bezos celebrated the news, saying via Twitter, "MacKenzie is going to be amazing and thoughtful and effective at philanthropy, and I'm proud of her."

"Do not hoard what seems good for a later place in the book, or for another book... The impulse to save something good for a better place later is the signal to spend it now. Something more will arise for later, something better... Anything you do not give freely and abundantly becomes lost to you. You open your safe and find ashes."

By signing the Giving Pledge, wealthy benefactors promise to give away more than half their assets, either during their life or after their death. The group does not require donors to name the organizations or causes they plan to support with the bulk of their fortunes.

Bezos said she will give careful thought to how she distributes the money. And in what may be a sign that she intends to far exceed the pledge's requirement of giving away more than half her money, she added, "It will take time and effort and care. But I won't wait. And I will keep at it until the safe is empty."

In the past, Bezos has backed several social and charity initiatives, from funding research into cancer and Alzheimer's disease to pushing for marriage equality. And she's currently the executive director of the Bystander Revolution, an anti-bullying group she founded in 2013.

In late 2018, Bezos and her then-husband announced they would spend $2 billion to support homeless families. And they gave millions to TheDream.US, which offers college scholarships for undocumented immigrants brought to the U.S. as minors.

The Giving Pledge was started in 2010 by Bill and Melinda Gates and Warren Buffett. And while it has been praised as giving very public inspiration to anyone who wants to help others, the pledge has also been criticized for lacking a legal enforcement tool.

Those who sign the Giving Pledge make "a moral commitment to give more than half of their wealth to philanthropy or charitable causes," according to the Giving Pledge's website. And while the wealthy donors use the group to share ideas about how to use their money effectively, their funds are not pooled for a common goal.

Complicating matters further, many wealthy signatories of the pledge create family trusts and charitable foundations — steps that, while having the potential to spread their wealth around, can also make it hard to define when their personal pledge has been fulfilled.

Announcing their pledge, the Bainums wrote:

"Historically we've preferred to quietly allocate our philanthropic capital. But we believe that joining 'The Giving Pledge' might motivate others to as well. We are especially proud that this pledge also expresses the wishes of our two sons, who share the belief that one's highest calling is to make a difference in the lives of others."

In a previous version of this story, Warren Buffett's last name was misspelled as Buffet.