Accessibility links
Kirsten Gillibrand On 'The NPR Politics Podcast': GOP Is Not 'Faith-Driven' In an ongoing series, The NPR Politics Podcast is hitting the road and interviewing 2020 Democratic presidential candidates. In this episode, Tamara Keith and Iowa Public Radio's Clay Masters sit down with New York Sen. Kirsten Gillibrand to ask about why she's the best pick for president. This series is produced in collaboration with IPR and New Hampshire Public Radio. 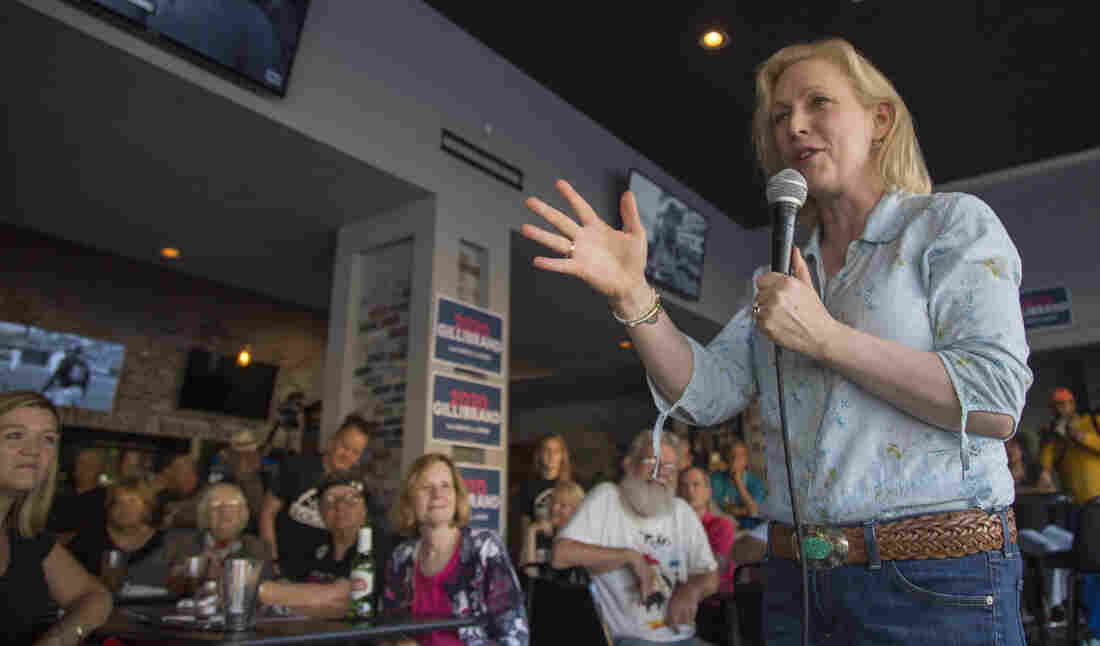 Sen. Kirsten Gillibrand, D-N.Y., is among the Democratic presidential candidates who have been discussing faith on the campaign trail. Clay Masters/Iowa Public Radio hide caption 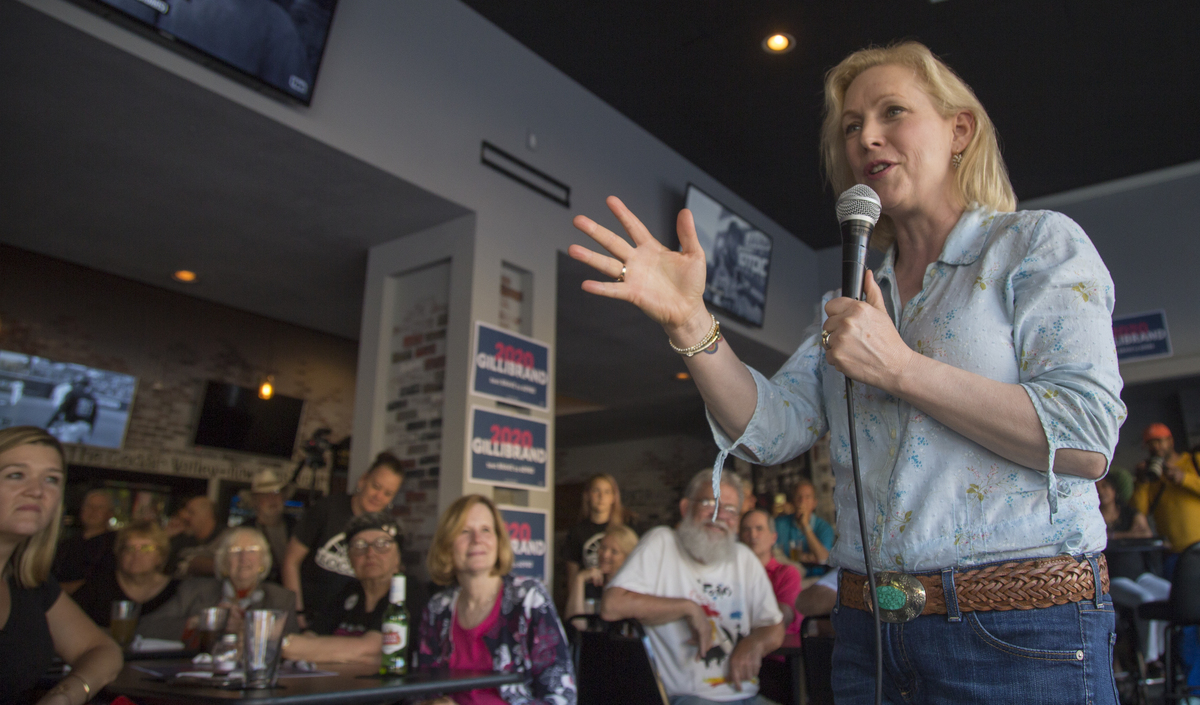 Sen. Kirsten Gillibrand, D-N.Y., is among the Democratic presidential candidates who have been discussing faith on the campaign trail.

Presidential candidate Kirsten Gillibrand says that she doesn't think the Republican Party "is a faith-driven party" and that many GOP policy ideas are so antithetical to her understanding of Christianity that she doesn't "really think that is what drives them."

The religious left has been energized by the Trump administration, and Gillibrand isn't the only Democratic candidate to talk about faith on the campaign trail. Even when it isn't explicit in her stump speech, the biblical allusions are there.

In a lengthy interview with The NPR Politics Podcast and Iowa Public Radio, and in remarks at a church service after the interview, Gillibrand spoke openly about her faith and tied her criticisms of President Trump and other Republicans directly to Scripture.

"I don't think the Republican Party is a faith-driven party. I really don't," Gillibrand said in the interview. "I think when they don't feed the poor and don't vote for food stamps, when they don't care about families struggling and living in poverty, when they continue to invest in for-profit prisons, they aren't doing what the Gospel tells them to do: feed the poor, help the sick."

Gillibrand was raised Catholic, and while she still considers that to be her religion, she worships at various Christian churches and attends a bipartisan multidenominational Senate Bible study when Congress is in session.

Gillibrand has been one of the most vocal presidential candidates in recent weeks, advocating for abortion rights in the face of new laws in some states that significantly restrict abortion access. This is one of many areas where her views diverge from those of the church in which she was raised.

"I have very strong faith that guides me. But I think the Catholic Church can be wrong on many things. And I don't agree with their views on reproductive rights," Gillibrand said, adding that she also disagrees with the church on LGBTQ equality and restrictions on the priesthood (she thinks that women should be allowed to be priests and that priests should be allowed to marry). "I think they're wrong on those three issues. And I don't think they're supported by the Gospel or the Bible in any way. I just — I don't see it, and I go to two Bible studies a week. I take my faith really seriously."

Asked about something that people may not know about her or that is left out of her stump speech, Gillibrand returned to her faith, saying she often leaves it out of political speeches because of the strong constitutional separation of church and state. "So it's not an issue that I talk about really outside of a worship service or a faith-based community because it can be offensive to some people, can be troubling to some people, and something that's not shared," she said, even though Gillibrand said faith is something that drives her personally.

Faith also helped Gillibrand transition into public service. She said that when she was working at a big law firm she "just didn't feel like I was using the gifts God gave me to make a difference."

"And so that's when I started to really look to my faith as something to strengthen me. So I started attending a weekly Bible study, a women's Bible study for about six years," she said.

Gillibrand then began shifting toward a career in public service.

"It took an awakening for me to just recognize we're all built for something and that ultimately if we can use our gifts to help the greater good, that's what life's really about," she said. "But I really had to do some serious self-awareness and self-reflection and recognized that I needed to be a different and better and more thoughtful person, to spend my time and talents elsewhere."