Accessibility links
'Biloxi' By Mary Miller: A Dog Helps A Misanthrope Find His Humanity Louis McDonald Jr. is 63, recently retired and "really unlikable," says novelist Mary Miller. But on a whim he takes home a dog named Layla, and the two of them "become a little team." 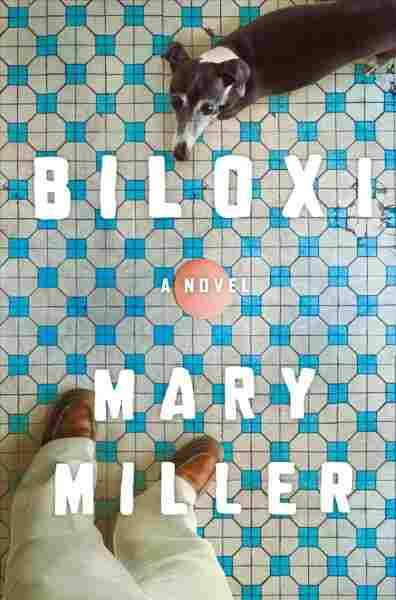 Mary Miller grudgingly admits that she sees a bit of herself in the main character of her new novel Biloxi. Louis McDonald Jr. is 63, recently retired and, the author says, "really unlikable." He's unhappy with where he's landed in life, has driven away the people he used to be close to, and now his closest confidante is a dog he brought home on a whim.

"Louis and I had a lot of similarities, which is kind of hard to admit to myself," says Miller. At the time she wrote the book, Miller was living on the Gulf Coast with her dog, and didn't have much of a community. She liked the idea of a character who spoke his mind.

"We all have these thoughts in our head," she says. "We meet someone, and we think something — and of course you never would say the negative or pessimistic thing that you're thinking — and Louis does oftentimes. He engages people in ways that ... don't go well for him."

Take the time Louis goes to the bank on his birthday: Looking at his ID, the teller realizes it's his birthday and hands him some candy. Louis "can't help himself," Miller says — and decides to take this opportunity to tell the bank employee how much he prefers the white chocolate Kit Kats over the milk chocolate Kit Kats he's been handed. "He creates little conflicts wherever he goes," Miller says.

With human interaction posing a challenge, Louis strikes up a more straightforward relationship — with Layla the dog. Being a pet owner "gives him little tasks and things to do and errands to run," Miller says. But it's more than that — Louis and Layla "become a little team."

Louis takes the dog everywhere he goes, sings to her, feeds her deli meats — really loves her. It's Layla who brings out his humanity and grounds him in a way that the people in his life could not. "He's so desperate to please this animal who has pleased him so much — and really given him kind of a new purpose," Miller says.

Imagining the world from Louis' point of view was entertaining for Miller. "I can just still pick up the book and crack up," she says. "You're not supposed to say that about your own book — like, look how funny I am — but I just I really found the humor in him."

Miller hopes readers will also be delighted by her gruff, Southern protagonist. She says she thinks about the label "Southern literature" a lot because she's so often placed on "Southern literature" panels. She doesn't mind the term — "I'm Southern and I've lived my whole life in the South," she says — but she hopes that readers around the country aren't turned off by the designation.

With the current focus on breaking out of bubbles and echo chambers, Biloxi offers an opportunity to imagine the humanity of a person who doesn't like people all that much. "The longer you spend with someone the more you like them ... " Miller says. "I mean don't we all feel that way sometimes?"

Sam Gringlas and Justine Kenin produced and edited this interview for broadcast. Beth Novey adapted it for the Web.