Accessibility links
McConnell Called Hypocrite After Saying He Would Fill Supreme Court Vacancy The Senate majority leader told an audience in Kentucky that if a vacancy were to occur in the election year, "we'd fill it." He had refused to allow a vote on President Obama's nominee in 2016. 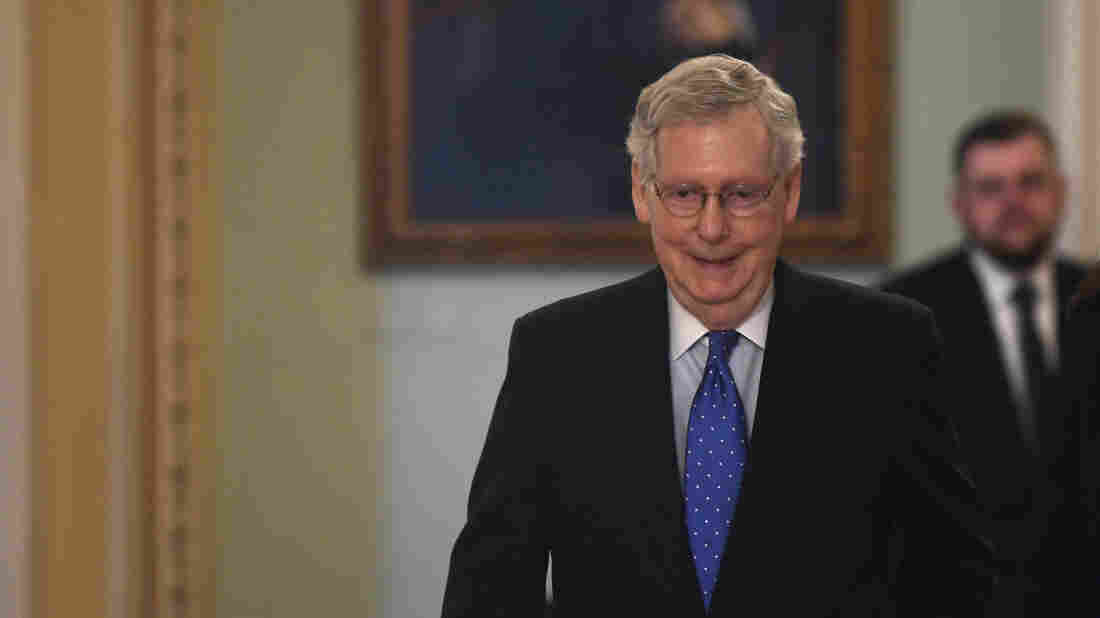 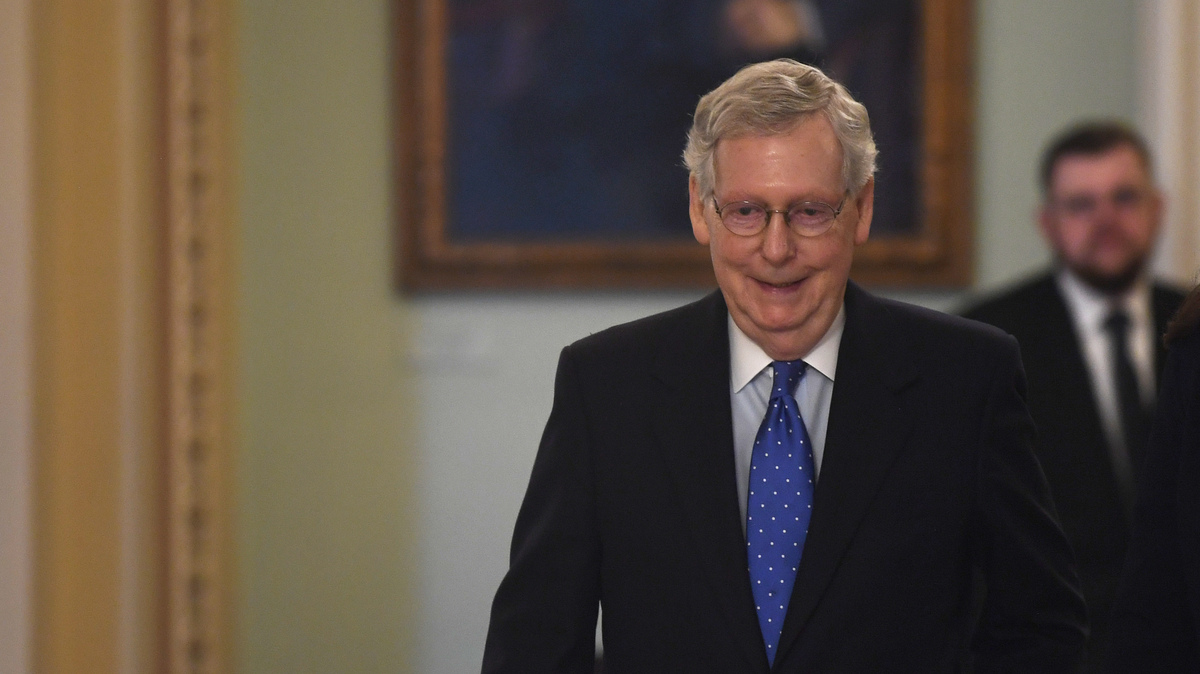 In 2016, Senate Majority Leader Mitch McConnell, R-Ky., refused to hold a hearing on President Barack Obama's Supreme Court nominee, saying that it was an election year and that the American people "deserved a voice in the selection of their next Supreme Court Justice."

Speaking to an audience in Kentucky on Monday, McConnell said should a vacancy occur on the court in 2020, another presidential election year, he would allow a vote.

He was asked at a Chamber of Commerce luncheon: "Should a Supreme Court justice die next year, what will your position be on filling that spot?"

McConnell responded with a grin, "Oh, we'd fill it."

The comments were first reported by CNN.

McConnell has made similar pronouncements in the past, noting that the nomination of Merrick Garland by Obama came during a time of divided government and that should a vacancy occur with President Trump in the White House and the Senate also under GOP control, circumstances would be different.

McConnell's office argued Wednesday morning that his comments were not inconsistent.

"The Leader has noted on multiple occasions that not since the 1880s has a 'vacancy created in a presidential year' been 'confirmed by the party opposite the occupant of the White House.' His comments in Paducah yesterday simply repeated this. If there is a vacancy next year, because the White House and the Senate are the same party, we would vote to fill the slot," McConnell's staff director wrote in an email to reporters listing previous statements.

In his remarks to the luncheon on Tuesday, McConnell stressed the importance he places on putting conservatives in judgeships, even more than legislative accomplishments.

"What can't be undone is a lifetime appointment to a young man or woman who believes in the quaint notion that the job of a judge is to follow the law," McConnell said. "That's the most important thing we've done for the country, which cannot be undone."

There are two justices on the high court who are in their 80s, and Democrats have worried for some time about the health of Justice Ruth Bader Ginsburg. By denying Garland a seat, McConnell has assured a conservative majority on the Supreme Court for a foreseeable future, with the confirmations of Justice Neil Gorsuch in 2017 and of Brett Kavanaugh last year.