Accessibility links
A Sea Of Sagebrush Disappears, Making Way For Fire-Prone Cheatgrass In the past two years, more than 800,000 acres in northern Nevada have burned. The traditional sagebrush rangeland is being replaced by cheatgrass that burns hotter and more frequently. 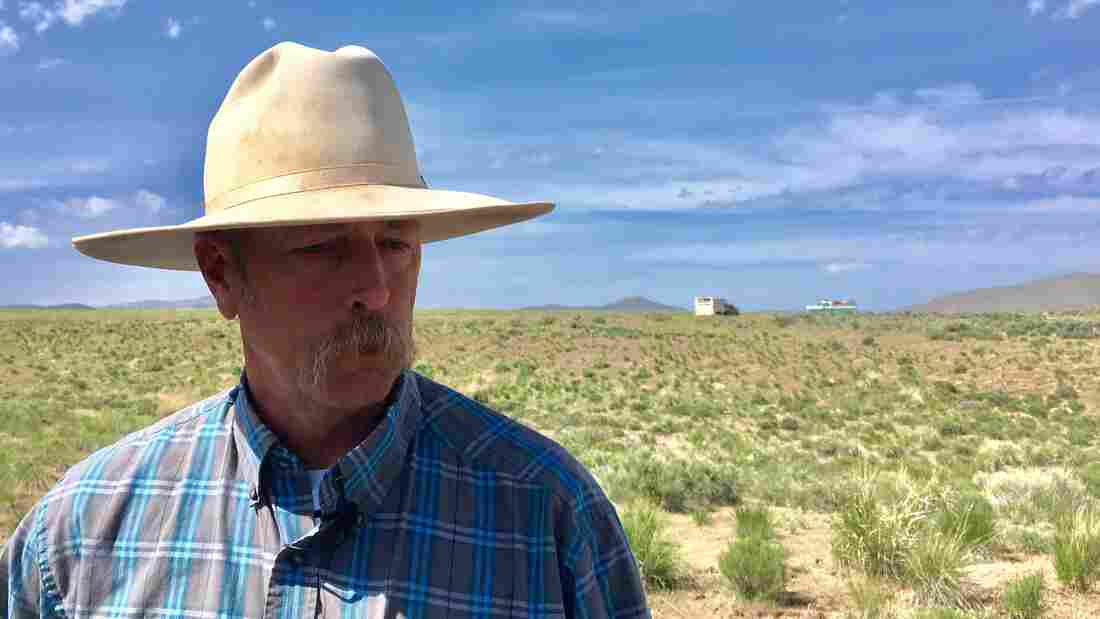 Jon Griggs has been ranching in northern Nevada for more than 30 years. Fires have always been a part of this landscape, he says, but in the past 20 years, he has seen a significant increase. Ashley Ahearn for NPR hide caption 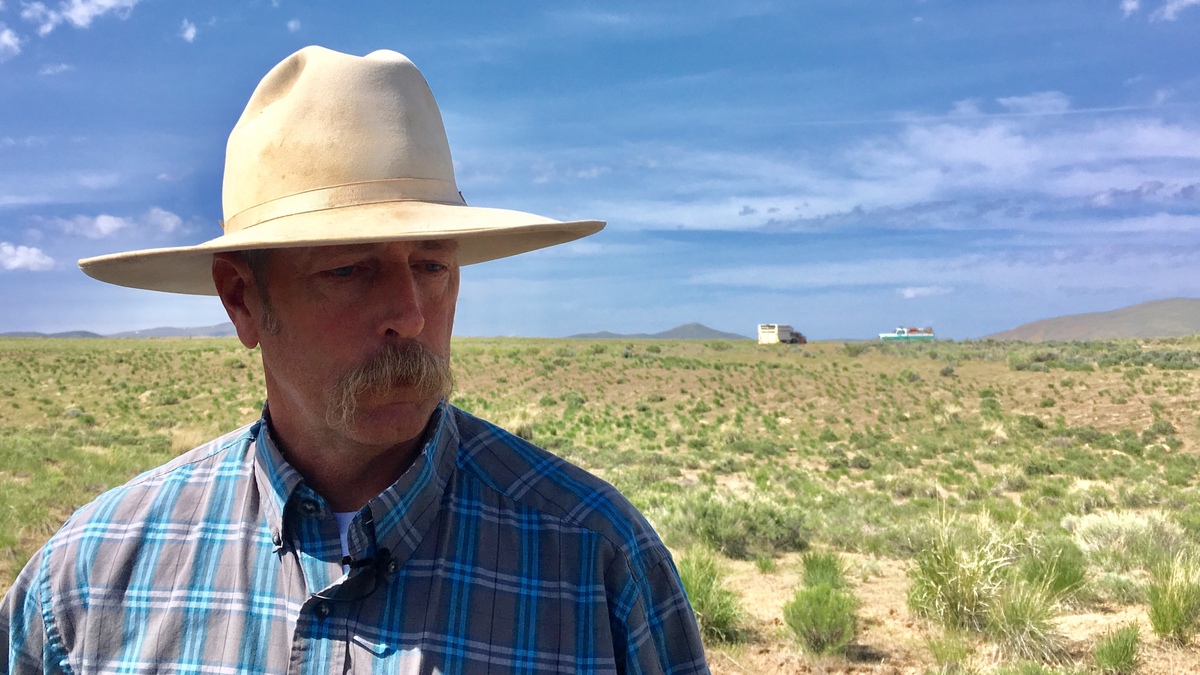 Jon Griggs has been ranching in northern Nevada for more than 30 years. Fires have always been a part of this landscape, he says, but in the past 20 years, he has seen a significant increase.

It may seem, to anyone who has driven long stretches of highway across the West, that there is plenty — maybe even more than enough — sagebrush. Sagebrush once covered 250 million acres of western North America, but today that ecosystem is half the size it once was and it's burning more frequently.

Jon Griggs has been running the Maggie Creek Ranch southwest of Elko, Nev., for almost 30 years.

In 2007, wildfire tore through thousands of acres and destroyed several ranch buildings. The wind howled. The sky was orange, and Griggs couldn't see more than a dozen yards in front of him with all the smoke.

He kicks the dirt with his black cowboy boot.

"We thought that's not gonna happen to us. And it got us. And..." his voice catches in his throat. "I don't like to think about that day."

Nevada Wildfire Could Snuff Out A Rare Butterfly

Griggs and other locals will tell you there has always been fire here, but now the fires are bigger and more frequent than anyone can remember.

In just the past two years, more than 800,000 acres of sagebrush have burned in northern Nevada.

For many, the word "wildfire" brings to mind images of flaming treetops and blackened stumps. But we should actually be picturing sagebrush on fire. In the past two decades, nearly 75 percent of all acres burned in the west were rangelands — not forest. Hundreds of thousands of acres — home to rural ranching communities and sage grouse — are going up in flames each year.

Cheatgrass is the culprit

Climate change is at least partially to blame, but there's another, more immediate culprit.

"This is the guy," Griggs bends down and picks up a stalk of yellow-green spindly grass. "That's cheatgrass."

Cheatgrass is an invasive grass with shallow roots and an aggressive can-do survival strategy that helps it outcompete native plants like sagebrush and bunch grass. Cows will eat it for a short while when it's first greening up in the early spring, but then want nothing to do with it when it dries out and turns the hillsides to golden tinder, ready to burn.

There seems to be an imbalance in the amount of resources and conversation — in terms of policy and legislation — dealing with rangeland fire issues vs. forest fire issues. People don't talk about rangeland fire.

Unlike sagebrush, which tends to burn every 50 to 100 years, cheatgrass burns every five to 10, and regrows faster after a fire.

"And each time that fire gets a little bit bigger, gobbles up a little bit more native vegetation and so the cycle is perpetuating," said Jolie Pollet, a fire manager with the Bureau of Land Management in Boise, Idaho.

More than 2 million acres of BLM rangelands burn, on average, each year — and that number is increasing, in large part, because of cheatgrass. But Pollet argues that forest fires still get more funding and attention.

"There seems to be an imbalance in the amount of resources and conversation — in terms of policy and legislation — dealing with rangeland fire issues vs. forest fire issues," Pollet said. "People don't talk about rangeland fire." 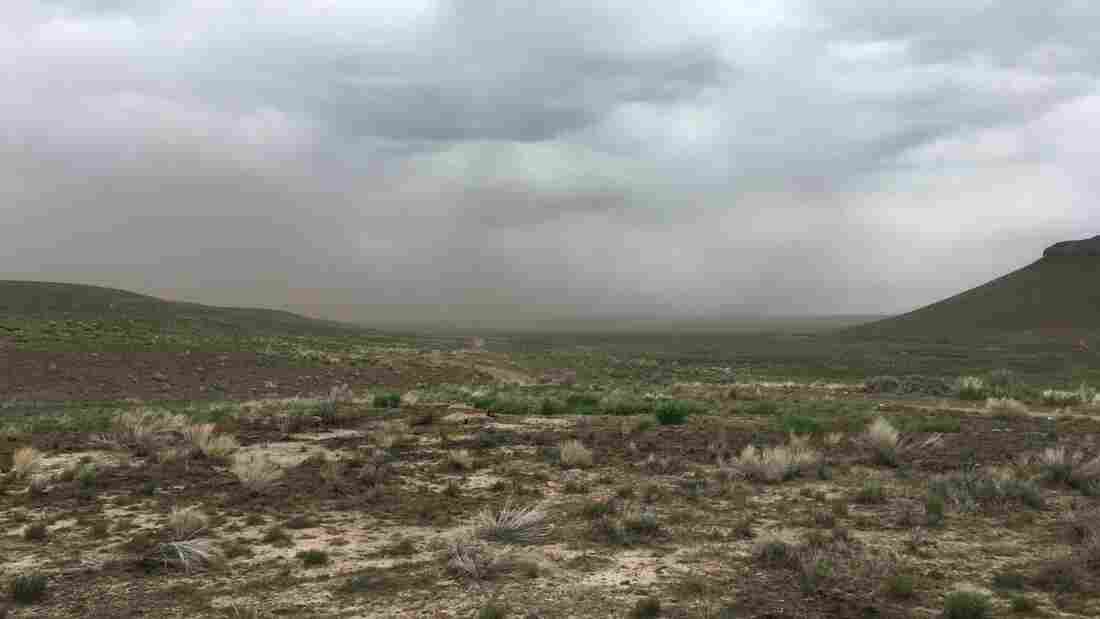 Ash blows off of rangeland that burned in the Martin Fire of 2018 — the largest in Nevada state history. Ashley Ahearn for NPR hide caption 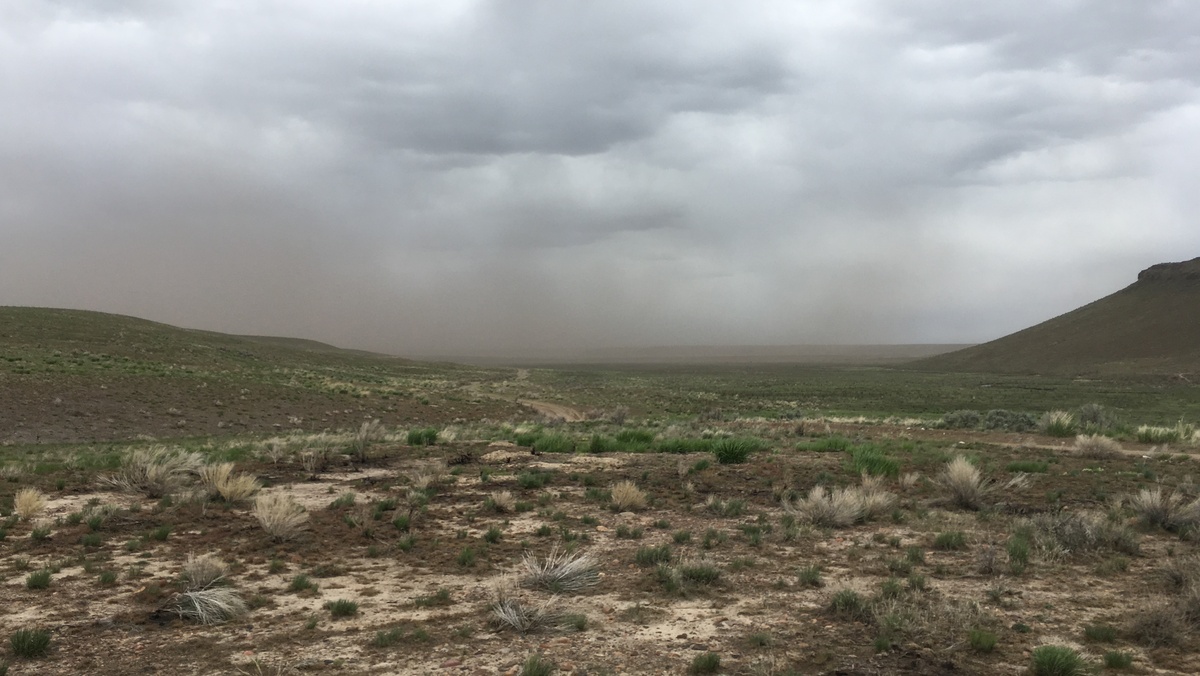 Ash blows off of rangeland that burned in the Martin Fire of 2018 — the largest in Nevada state history.

Last summer, the Martin Fire burned 435,000 acres across northern Nevada, not far from Elko. It was the largest fire in state history, leaving behind scorched black earth and sagebrush skeletons, for miles.

"It's hard to wrap your head around a fire that's so long that you can drive through all day long and be in the black, burnt landscape. It's a big battle," said Caleb McAdoo, a biologist with the Nevada Department of Wildlife.

Fire is no help to the sage grouse, a bird that relies on sagebrush and has sparked controversy among ranchers, land managers, and the oil and gas industry across the West. More than 35 mating sites, or "leks," were destroyed in the Martin Fire.

Some birds caught fire and flew ahead of the racing flames, trying to escape, only to fall to the Earth and ignite more rangeland.

For people who know and love sagebrush country, the cheatgrass takeover is rendering a once-familiar landscape completely foreign. McAdoo has lived in Nevada all his life. The vast stretches of sagebrush he hunted, fished and explored as a kid are disappearing as fires burn hundreds of thousands of acres, which then transition into cheatgrass monoculture.

"It's not a sea of sagebrush anymore. We are losing it. It is going away and it's really depressing," McAdoo said.

Land managers like McAdoo are working with private landowners to plant native seeds, spray herbicides and use cows for targeted grazing to keep the cheatgrass at bay, but it keeps spreading.

And each summer brings more fires. Those rangeland fires may not make national news very often, but they tell a story of a landscape that is changing profoundly.

Editor's note: We should have acknowledged earlier that Ashley Ahearn previously reported this story for the Methow Valley News in Twisp, Wash.

In the audio of this story, as well as in a previous Web version, we incorrectly describe the sage grouse as endangered. The Interior Department said in 2015 that the bird does not need protection under the Endangered Species Act.

Previously posted on May 30: In an earlier audio of this story, as well as in a previous Web version, we incorrectly said the Maggie Creek Ranch was north of Elko, Nev. It is located southwest of the city.