Stream a 10-track sampler from the 14-disc box set 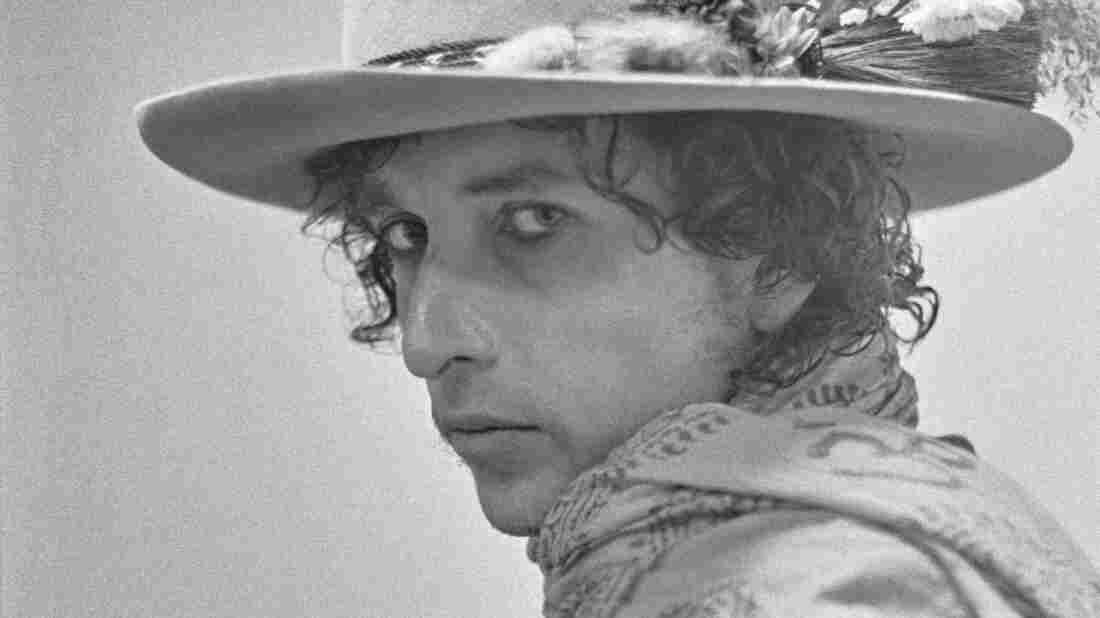 Bob Dylan's Rolling Thunder Revue featured an ad-hoc accidental masterpiece of a band, which played rousing, irreverent versions of songs from his catalog. Ken Regan/Courtesy of the artist hide caption 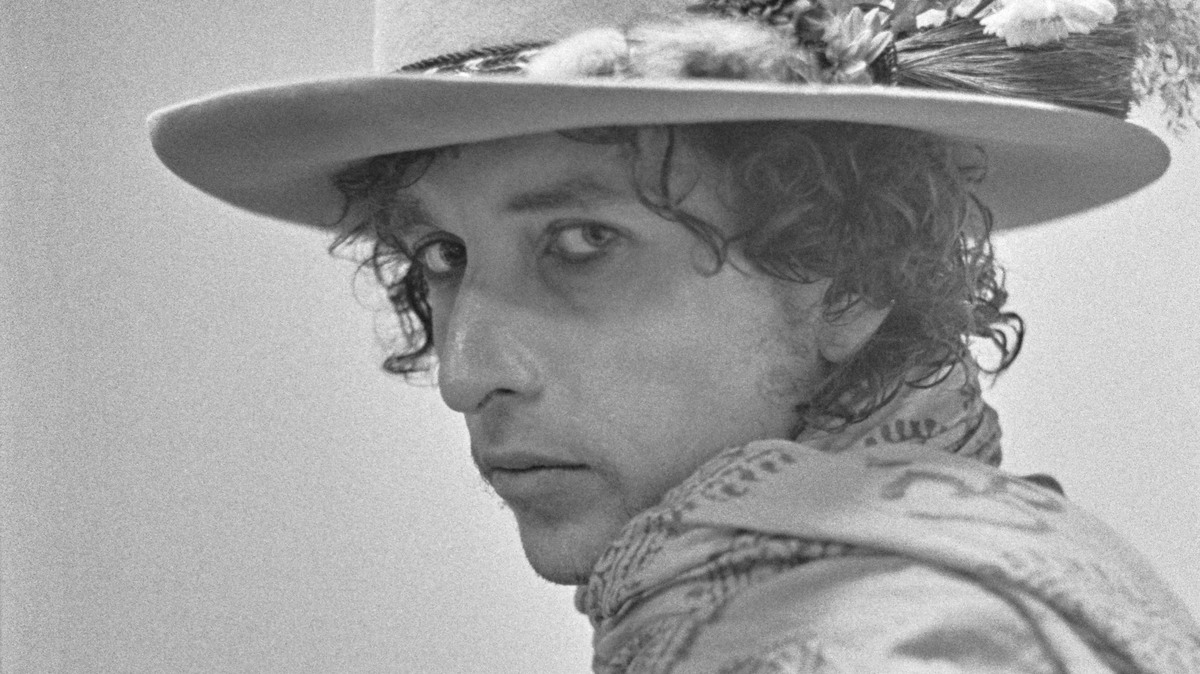 Bob Dylan's Rolling Thunder Revue featured an ad-hoc accidental masterpiece of a band, which played rousing, irreverent versions of songs from his catalog.

Ken Regan/Courtesy of the artist

Though it lasted only a few months in 1975 and 1976 and played mostly in tertiary-market venues, Bob Dylan's Rolling Thunder Revue occupies a mythic place in the history of rock tours. 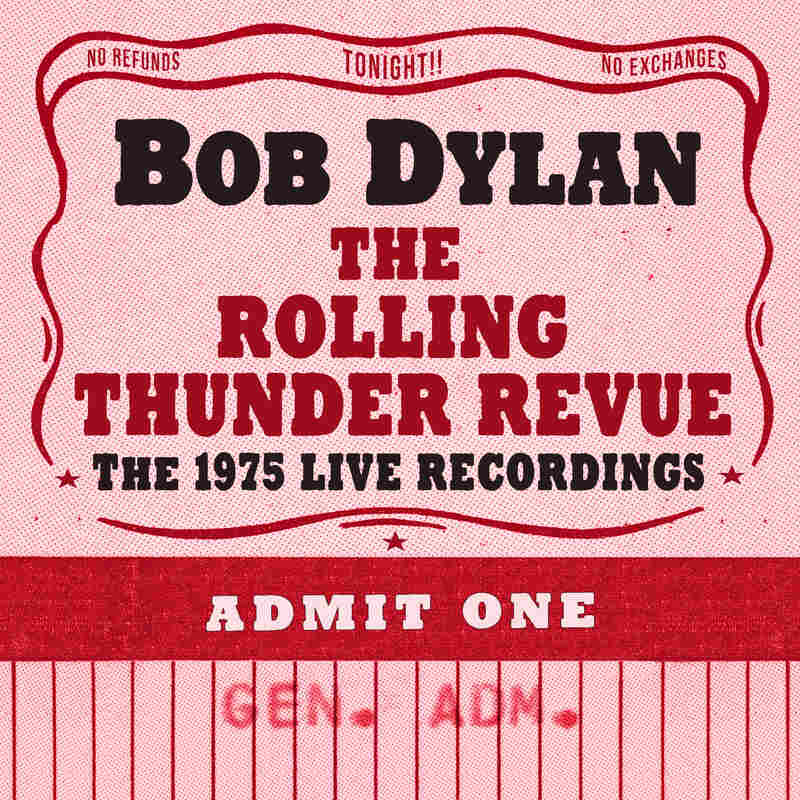 It was an experiment on a conceptually grand scale to create music on an intimate scale – in spaces far smaller than those Dylan customarily played. It was a wildcat reboot of the rock concert ritual, with shows announced days before they happened, and cameramen darting around to document every smidgen of the (miraculously casual) experience. It involved a caravan of 70 artists including beloved longtime collaborators (Joan Baez), poets (Allen Ginsberg), prophets (Joni Mitchell), a playwright (Sam Shepard) and a former Spider from Mars (the entrancing guitarist Mick Ronson).

Billed as a Revue, the tour featured Dylan as ringmaster-troubadour in mime-style white face paint and a gaucho hat, leading his ad-hoc accidental masterpiece of a band through rousing, irreverent versions of songs from his catalog. These were followed by ferocious dramatic renditions of songs that likely few in his audience knew – yarns like "Joey" and "Isis" from Desire, which was released after the first leg of the tour. Listen to the audience react during any of the unfamiliar selections; it's clear that Dylan has the whole house with him, they're following his gestures. And they stay on the train as it swerves and rattles and nearly jumps the tracks.

This 14-disc trove of music from the first leg of Rolling Thunder offers several entire discs of intermittently revealing rehearsal snippets (among them a gorgeous "Tonight I'll Be Staying Here With You"), full audio from the six shows that were professionally recorded, and another disc of "rare" material, including a cover of Smokey Robinson's "The Tracks of My Tears." Coming right behind that is a Netflix-distributed Martin Scorsese film – described in a press release as part documentary, part concert movie, and part "fever dream." (The film has new interviews, but is built around the 80 hours of footage shot in 1975, some of it seen previously in Dylan's film Renaldo and Clara.)

Together, the two releases make it possible to undertake a deep binge-dive into a singularly radiant moment of Dylan legend – a time when he took his thoughtful and philosophical songs for wild, impulsive cliff-diving lunges. Just to see what might ring true under experiential scrutiny.

Check Dylan getting breathless and swept up as he recounts the hard life of Hattie Carroll, or tells the story of Rubin "Hurricane" Carter, the boxer who was framed for murder. He tells the stories in sweeping gestures, and the musicians, particularly violinist Scarlet Rivera, respond to his energy with furtive jabs and evasive dancing maneuvers. At a show in Montreal, Dylan ramps up the intensity of the final verse of "Isis" line by blistering line – his voice tightening with each shout in a conversational volley. By the end of the story, Dylan is full-out bellowing, and the band matches his urgency with a deliciously destabilized weather system conjured completely out of guitar chords.

Of course, lots of Dylan tours are remembered for wild, peaking, high-intensity musical moments like these. Few, though, capture the man at stage center working in such an overtly theatrical way. Those who've seen him in his taciturn recent years, at shows where he never interacts with his audience, will be surprised by his gregariousness, his openness, his desire to connect. The masks and other visual devices are one thing; he was also singing with precision, in clear and resolute tones. These things suggest he was thinking differently about how to engage listeners, how to involve an audience in a "happening" that held elements of a carnival and elements of a church service.

The lyricist and theater director Jacques Levy, who co-wrote "Isis" and several other songs during this period, believes that Dylan's embrace of showmanship during Rolling Thunder is related to the material. In Larry "Ratso" Sloman's book On the Road with Bob Dylan, he observes: "One of the things about [these songs] that's so wonderful is that they give [Dylan] a chance to do some acting." That required more than just hamming for the camera – throughout these performances, Dylan pulls the songs apart by putting some of himself in them, phrasing to convey real sensitivity, even vulnerability. He's expansive, and generous in ways he hasn't always been since.

It's folly to speculate on exactly what Bob Dylan's intentions are for anything – especially something like this tour. In Scorsese's film, Dylan jokes that the tour "happened so long ago I wasn't even born." The tapes, nicely cleaned up for this release, suggest otherwise. He was there. Presiding. Possibly even having fun. Discovering, and then discarding, all kinds of ways to engage innocent bystanders in his grand, abstract, truth-telling tales.