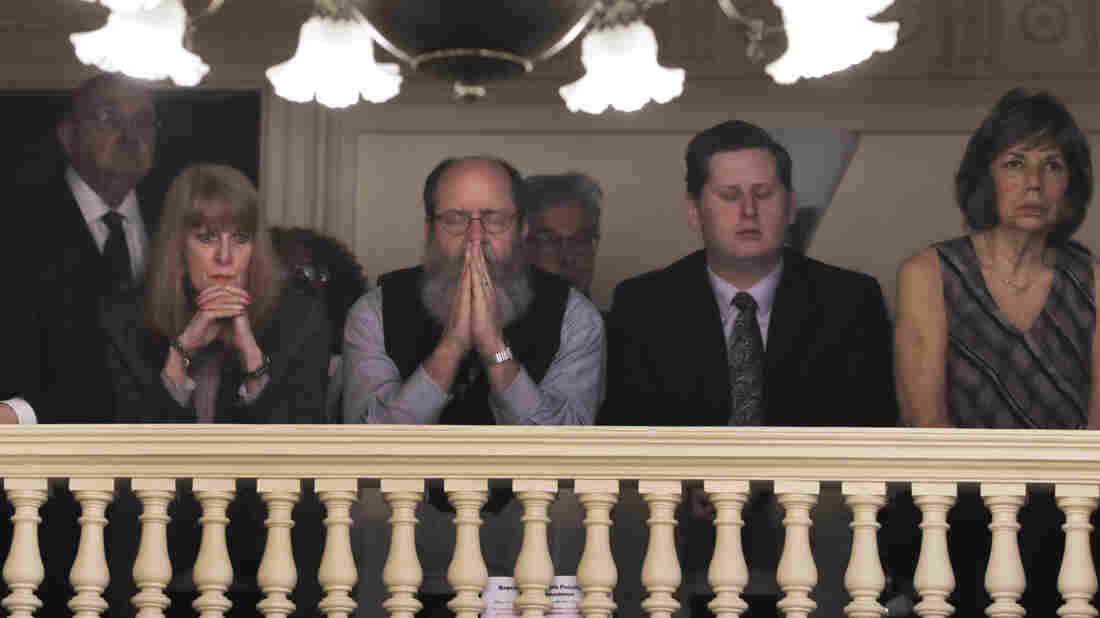 Rob Spencer prays as New Hampshire lawmakers debate prior to a death penalty vote at the State House in Concord, N.H., on Thursday. The legislature abolished capital punishment by overriding a veto by Gov. Chris Sununu. Charles Krupa/AP hide caption 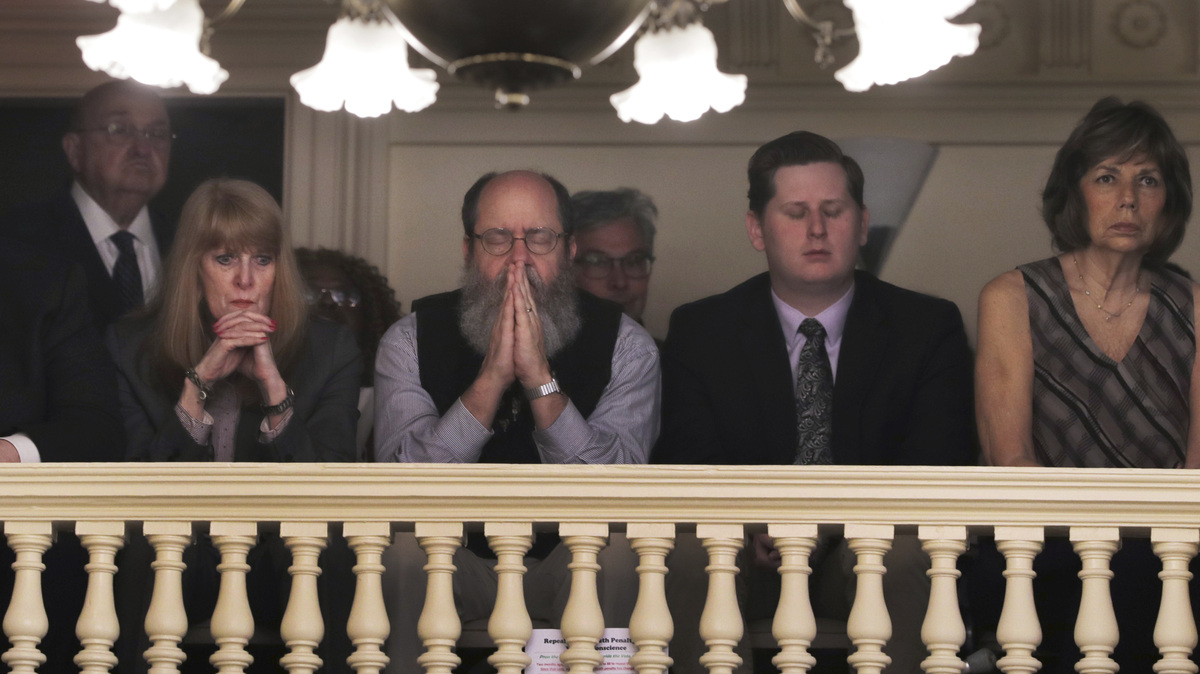 Rob Spencer prays as New Hampshire lawmakers debate prior to a death penalty vote at the State House in Concord, N.H., on Thursday. The legislature abolished capital punishment by overriding a veto by Gov. Chris Sununu.

New Hampshire is now the 21st U.S. state to have abolished capital punishment, after its legislature voted to override a veto by Republican Gov. Chris Sununu. After a years-long effort to repeal the state's death penalty, the state's Senate voted 16-8 Thursday to finally make it official.

"The death penalty has been an issue every New Hampshire legislator has grappled with over many years," Senate President Donna Soucy, D-Manchester, said in a statement after the historic vote. "It was a privilege today to join my colleagues in voting to repeal capital punishment in the Granite State."

The rejection of Sununu's veto had been expected even before the governor took that step on May 3, as both the Senate and House overwhelmingly had approved a bill last month changing New Hampshire's penalty for capital murder.

Where people found guilty of the crime once were exposed to a possible death sentence, the new law calls for life in prison without the possibility of parole.

"I am incredibly disappointed that the Senate chose to override my veto," Sununu said after the Senate vote, which followed a successful House override vote.

Sununu said via Twitter that he has "consistently stood with law enforcement, families of crime victims, and advocates for justice in opposing a repeal of the death penalty because it is the right thing to do."

The issue was not decidedly along strictly partisan lines. While Sununu said he opposed the repeal, another Republican, state Sen. Harold French, has backed the bill, saying last month that it would be a "misdeed" to keep the death penalty in effect.

"As I get older, I realized for a fact we're actually all on death row and it's just a matter of time before our names get called," French said, explaining his support to abolish capital punishment.

French said he had been moved by the testimony of people who spoke out against the death penalty — a sentiment that was echoed Thursday by state Sen. Martha Hennessey, a Democrat from Hanover.

"I am grateful to the many survivors of murder victims who bravely shared their stories with the Legislature this session," Hennessey said, "many of whom told us that the death penalty only prolongs the pain and trauma of their loss."

The last time New Hampshire executed a convicted murderer was in 1939, but the state does currently have an inmate on death row: Michael Addison, who was convicted of the 2006 killing of Manchester police officer Michael Briggs.

The new law would not retroactively apply to Addison, though critics of the repeal effort have warned that they believe he won't be executed if the measure is enacted.

In addition to social and philosophical objections, backers of the push to repeal the death penalty say it has cost the state millions of dollars to pursue death sentences, particularly when the state must pay to provide defense for indigent defendants in lengthy trials and penalty hearings. Lawmakers noted in the text of the bill that New Hampshire had spent some $2.5 million to prosecute the Addison case.