Accessibility links
William Barr: Robert Mueller Could've Said Whether Trump Broke The Law The attorney general told CBS that the Justice Department does not forbid a special counsel to state whether a sitting president should be indicted. Robert Mueller had said that wasn't an option. 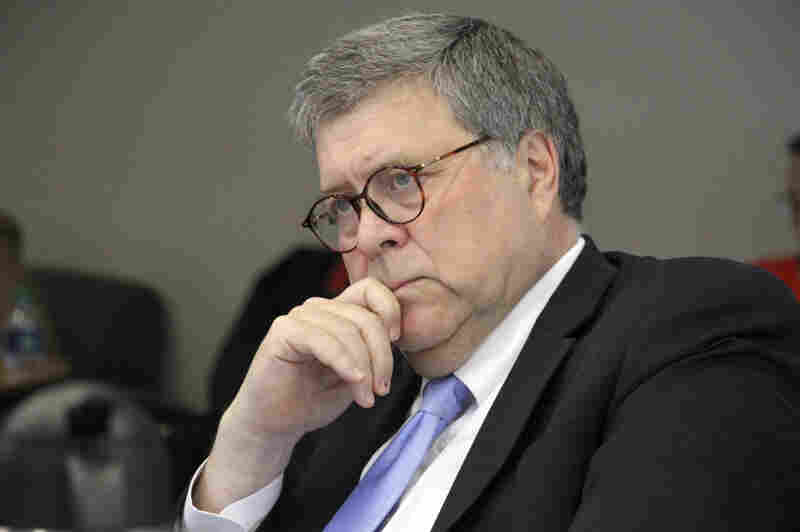 Attorney General William Barr, pictured at an event on Wednesday in Anchorage, Alaska, sat down with CBS to discuss the Russia investigation. Mark Thiessen/AP hide caption 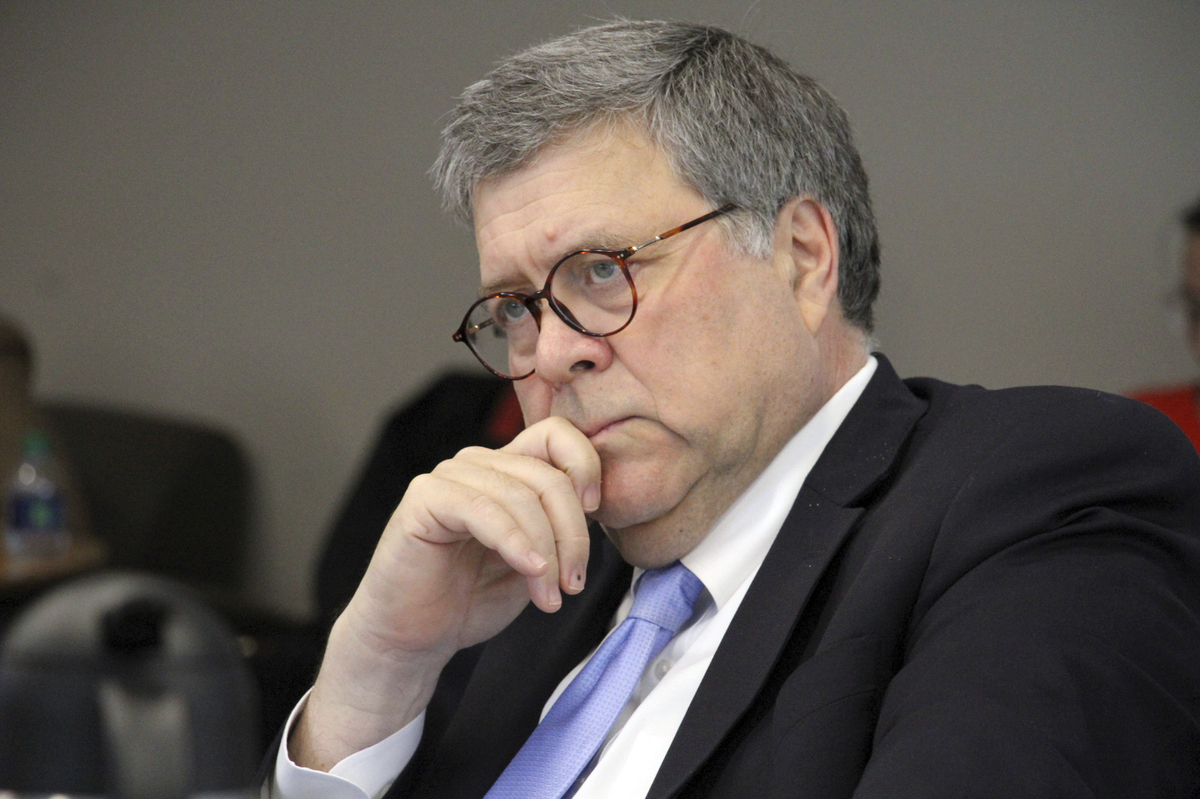 Attorney General William Barr, pictured at an event on Wednesday in Anchorage, Alaska, sat down with CBS to discuss the Russia investigation.

Former special counsel Robert Mueller could have declared whether President Trump broke the law if Mueller had wanted — albeit still without the ability to bring any indictment, Attorney General William Barr says in a new TV interview.

Barr told CBS News in an interview scheduled to air on Thursday evening and Friday morning that he believed Mueller had more latitude to state his views than the special counsel may have permitted himself.

The discrepancy between the Justice Department's leaders is over its long-standing legal opinion that forbids the indictment of a sitting president.

Mueller said on Wednesday that in his view, that policy meant he could never have considered the option of bringing criminal charges against Trump.

Barr, in excerpts of his CBS interview, said he concurred with respect to charges but said he thought Mueller nonetheless could have declared whether he believed they were necessary.

In other words, Barr is saying Mueller could have said that he believed Trump should be charged — if he thought so — without the ability to actually ask a grand jury for an indictment.

"The opinion says you cannot indict a president while he is in office. But he could've reached a decision as to whether it was criminal activity. But he had his reasons for not doing it, which he explained," Barr said.

Mueller's position, as the former special counsel repeated in his statement on Wednesday, was that it would be wrong for him to accuse someone of wrongdoing who couldn't then have a fair trial and get the chance to defend himself.

"It would be unfair to potentially accuse somebody of a crime when there can be no court resolution of the actual charge," Mueller said.

Critics have called the findings in Volume II of Mueller's report evidence that Trump obstructed justice and said that anyone else but a president would face criminal charges.

As special counsel, however, Mueller stopped short of making so direct an allegation both in the report and in his remarks since it was published.

Barr told CBS he would not argue with Mueller's reasons, but that the special counsel's decisions not to reach a firm conclusion meant the question rose to his level and that of Deputy Attorney General Rod Rosenstein. The men concluded that Trump would not face charges.

Mueller said that he and his office were not the mechanism by which to accuse and punish a president.

"The opinion says that the Constitution requires a process other than the criminal justice system to formally accuse a sitting president of wrongdoing," he said.

Trump's opponents heard those words as a call to action for Congress and they renewed the debate within the Democratic Party over whether to impeach Trump.

The most liberal Democrats and some members of the House majority say Trump deserves impeachment, but Speaker Nancy Pelosi, D-Calif., has wavered about the idea.

She is caught between responding to calls from some of the most energized members of her base and keeping an eye on the broader electorate, which is cooler on impeachment.

Trump, meanwhile, blasted Mueller and his office on Thursday on his way out to Marine One at the White House.

Mueller is a "never-Trumper," the president said, his office was filled with bad people and Trump said he has done nothing wrong. The president reacted to Democrats' talk of impeachment by calling that "a dirty, filthy, disgusting word."