Accessibility links
Police Release Records On Jussie Smollett Case: Read The Full Text The document dump Thursday offers a detailed view of the case that investigators had crafted against the Empire actor, only to see prosecutors to drop those charges in a move that frustrated police. 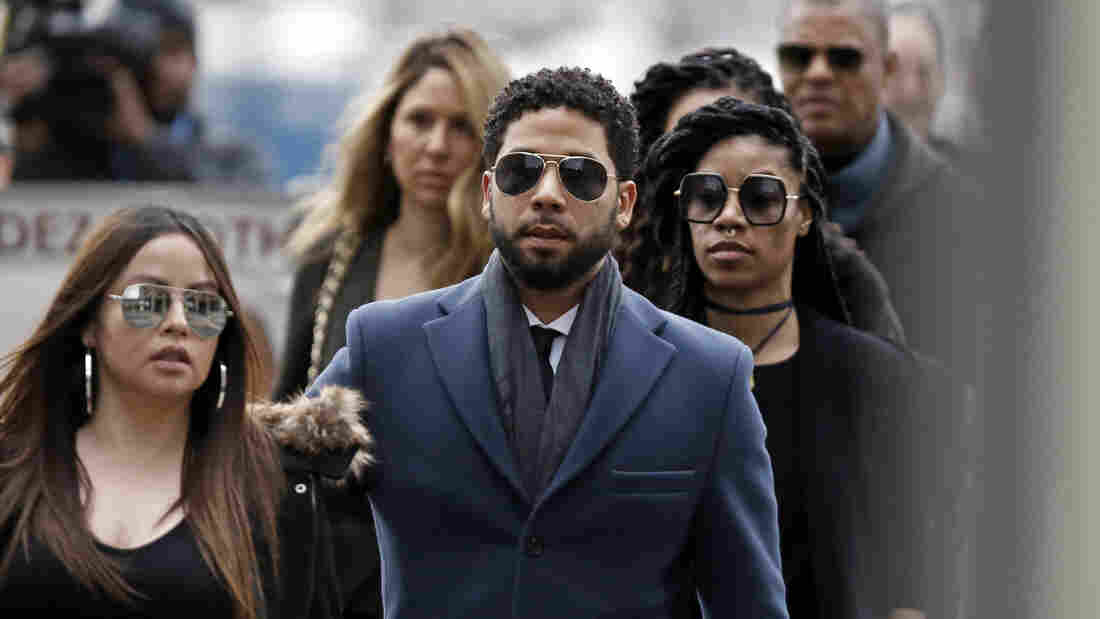 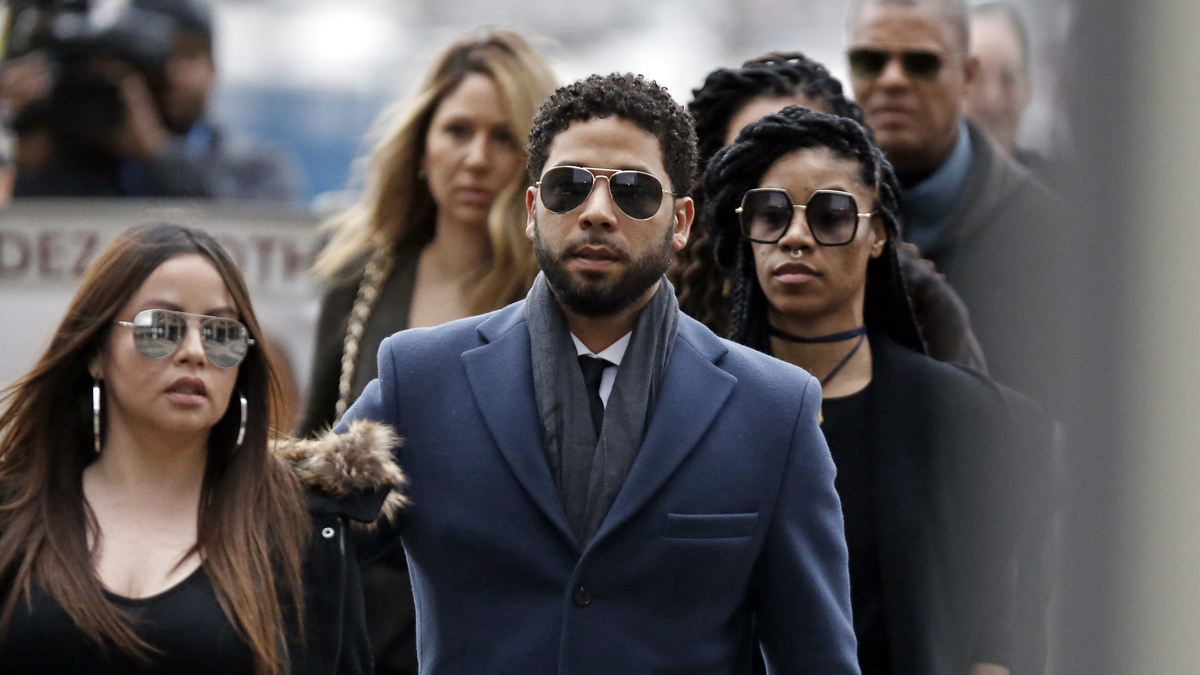 Jussie Smollett arrives at a Chicago courthouse for a hearing in March.

Just over two months after prosecutors dropped the charges against Jussie Smollett, a controversial move that angered Chicago's police department, that department has released hundreds of pages of records pertaining to the comprehensive case investigators had developed against the Empire actor.

The document dump Thursday, which had been set in motion with a court order last week, offers a fuller depiction of the twisting path that led from Smollett's report of a hate crime to his arrest for allegedly faking that report. Among the new details that came to light with the release is the fact that Smollett has an arrest record — a previous arrest and conviction — though the document does not clarify for what, exactly.

The actor's legal team did not immediately respond to NPR's request for comment Thursday.

In general, though, the heap of booking materials, arrest reports, and other official forms reveal little that hasn't already been noted in media coverage or public comments from Chicago Police Superintendent Eddie Johnson. What they do offer is a vivid portrait of what law enforcement saw and heard in their initial response — and how they used those details, together with footage from local security cameras and conversations with the Uber driver who drove the two brothers allegedly involved in the fake attack, to piece together their final conclusion.

You can read all of those documents for yourself, if you'd like, by scrolling to the bottom of this post or by clicking here.

The files were not always destined for the light of day. In late March, when the Cook County State's Attorney's Office decided not to pursue the 16-count grand jury indictment against Smollett, the records were placed under seal in an unusual move. It was only after a legal push by a group of media companies, NPR and member station WBEZ included, successfully challenged that order last week that the Chicago Police Department was allowed to release the documents.

As evidenced by the legal wrangling, Thursday's release also has significance beyond the information it offers readers: It is a new marker in the dissension that's been brewing between Chicago's authorities over the case.

Superintendent Johnson, for one, made no secret of his displeasure with the decision by the Cook County State's Attorney's Office to drop the case, and then-Mayor Rahm Emanuel decried the move as a "whitewash of justice." Within a couple of weeks, the City of Chicago took matters into its own hands, filing a civil complaint against Smollett that demanded that he reimburse local authorities for "the cost of overtime spent investigating his false police report."

This is not the end of the document release either. Police spokesman Anthony Guglielmi said Thursday that officers plan to roll out another 300-plus pages of redacted materials next week, "including hand written detective notes, subpoena records and ancillary material."

And there will be still another release after that.

"The final release will be pertinent video files that require a heavy amount of digital redaction for things like license plates of unrelated vehicles and the blurring of faces of individuals not involved in the criminal investigation. We hope to have that completed by the week after next."

Smollett Batch2 by on Scribd