Accessibility links
Thad Cochran, Long-Serving Mississippi Senator, Dies At 81 Cochran used his considerable influence, including serving as chairman of the Senate Appropriations Committee, to direct billions of dollars to Mississippi. 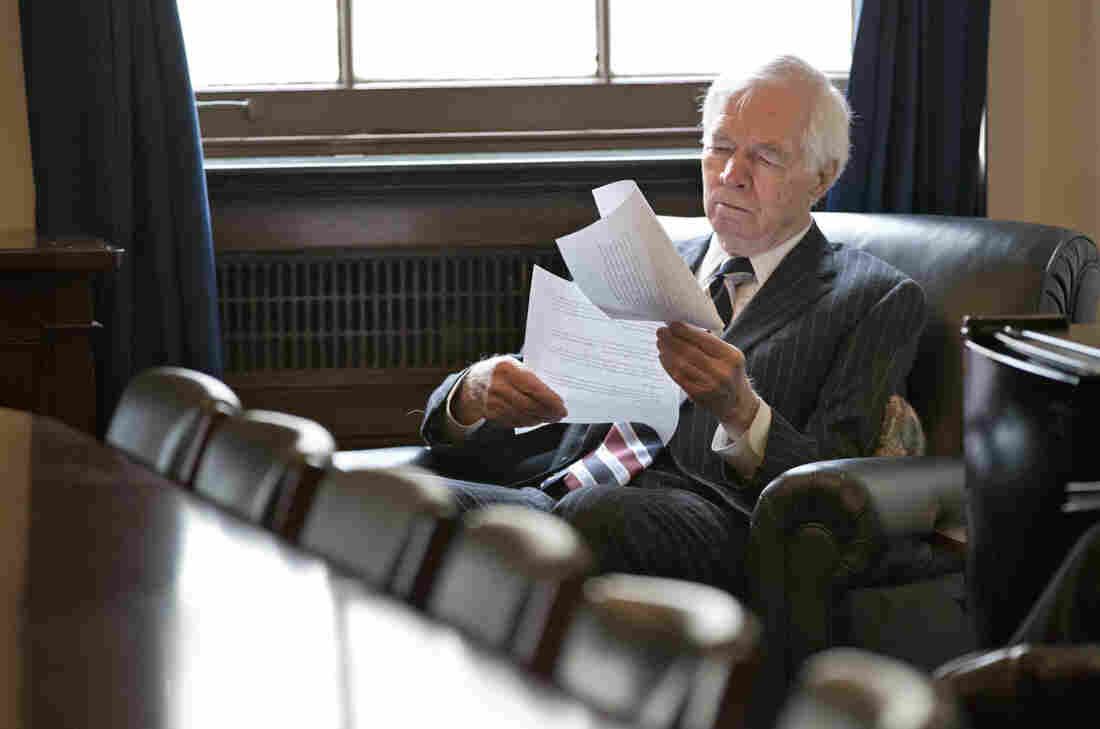 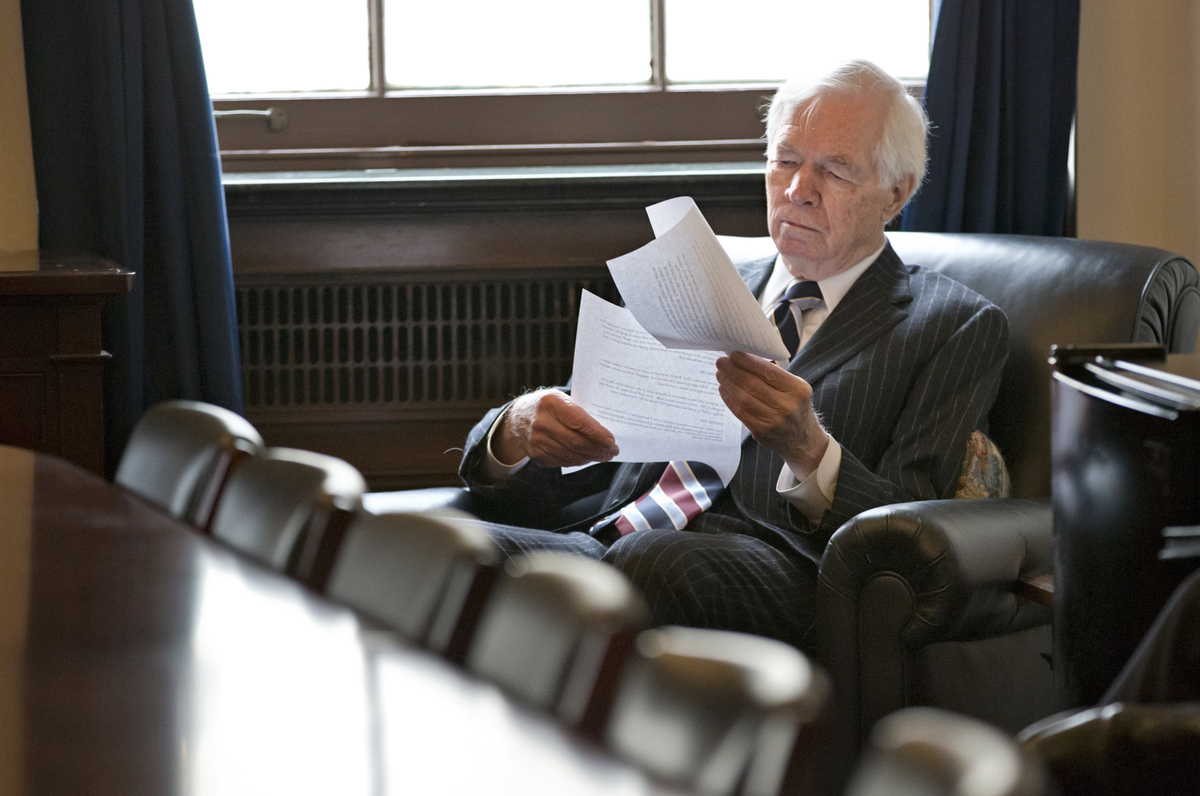 Sen. Thad Cochran, shown here in 2013, used seniority to steer billions of dollars to his home state of Mississippi.

Thad Cochran, the Republican senator from Mississippi who served for some four decades, has died at the age of 81, his successor, Sen. Cindy Hyde-Smith, said on Thursday.

Cochran used his considerable influence, especially while serving as chairman of the Senate Appropriations Committee, to direct billions of dollars to Mississippi.

"Mississippi has suffered a tremendous loss today," Hyde-Smith, a fellow Republican, said in a statement. "He treated everyone with distinction, and had a caring and concerned heart for the constituents and the state he so dearly loved."

Cochran announced last year that he was resigning because of poor health. When he was first elected to the Senate, in 1978, he was the first Republican to hold statewide office in Mississippi in more than 100 years, as NPR's Jessica Taylor reported, and was known to take positions that crossed the aisle.

After his death, President Trump called him a "real Senator with incredible values" who "never let our Country (or me) down!"

Cochran headed the powerful Appropriations Committee in the mid-2000s and then gained the position again in 2014. He used his influence to marshal billions of dollars for Hurricane Katrina recovery.

As NPR has reported, former Mississippi Gov. Haley Barbour has written that "few if any senators were of a mind to question what he wanted to do for the states hit by Katrina. ... [Cochran] is a quiet, polite gentleman, but he is tough as nails."

"Cochran was as effective a lawmaker as ever served in Congress, but he typically toiled away behind the scenes," The Clarion-Ledger reported. For example, he rarely appeared on political talk shows.

But he grabbed national headlines when he was challenged inside his own party for his Senate seat by a Tea Party candidate in 2014. In that acrimonious race, he ultimately won a runoff against state Sen. Chris McDaniel.

During the race, a supporter of McDaniel's published video of Cochran's wife, Rose, in a nursing home, afflicted with dementia. The person who published the video was eventually sentenced to five years in prison, according to The Associated Press.

Before he was elected to the Senate, Cochran also served three terms in the House of Representatives. He was nicknamed "Gentleman Thad" and known for playing the piano in his office.

"One of my most cherished moments, which I will hold in my heart forever, is playing God Bless America on the piano while he sang it in his Senate office on his last day there," said Hyde-Smith.