Accessibility links
R. Kelly Indicted On New Sexual Assault And Abuse Charges The charges filed Thursday in Cook County, Ill. are more serious than those filed against the singer in February. Four of the charges each carry a potential sentence of up to 30 years in prison. 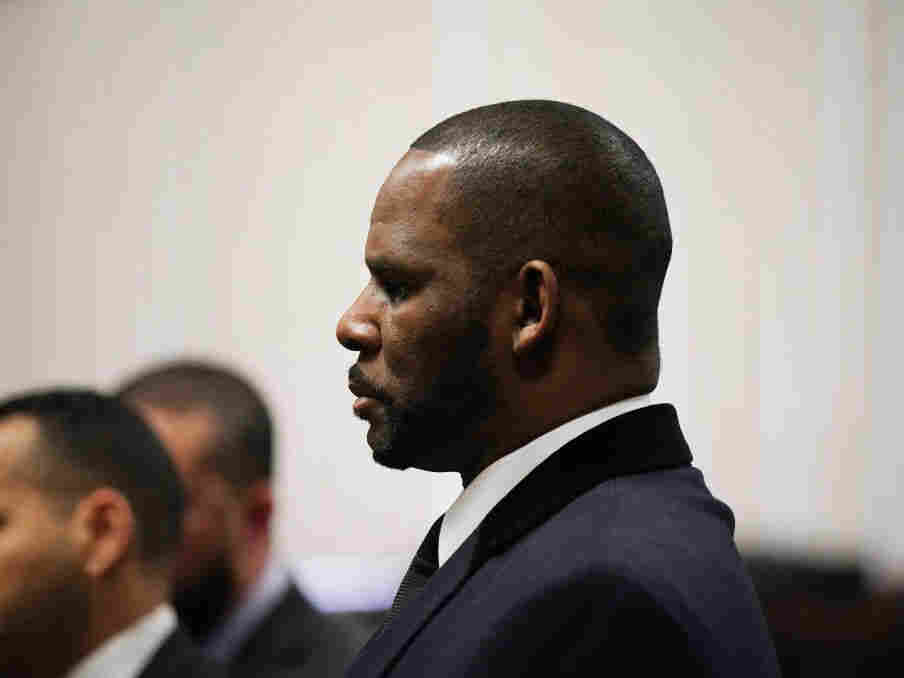 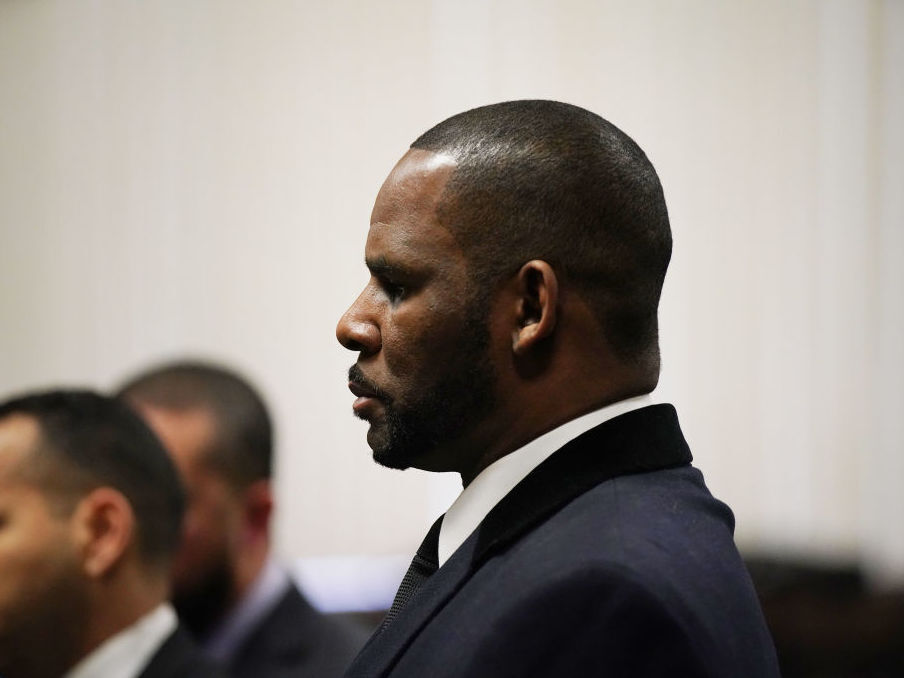 Singer R. Kelly, appearing at a court hearing in Chicago on May 7.

If convicted of the aggravated criminal sexual assault charges, Kelly faces six to 30 years of a mandatory sentence on each of those four charges. These are more serious charges than the ones that Cook County levied against Kelly in February.

However, it is unclear if the charges filed Thursday involve a newly discovered victim. The new filing refers to the alleged victim by the initials "J.P.", which are the same as one of the alleged victims named in the February indictment.

The time period chronicled in the Thursday indictment is January 2010; the three previous indictment charges related to "J.P." span May 2009 to Jan. 31, 2010. In the Thursday indictment, which member station WBEZ has posted in full, Kelly is accused of forcing oral and vaginal penetration on "J.P.," transmitting semen onto her body, using violence or threats against her, and endangering her life.

The February indictment includes three counts of aggravated criminal sexual abuse related to "J.P." It alleges oral and vaginal penetration of "J.P." as well as the transmission of semen on her body, but not the use of violence or threats, or of endangering her life.

In the past, both Kelly and his attorney Steve Greenberg have denied all allegations, which now span 25 years.

On Thursday, Greenberg did not immediately respond to NPR's request for comment. However, he did tweet an assertion:

"R. Kelly was NOT charged with a new case. He was recharged in an existing case, same alleged victim and time (a decade ago). It changes nothing"