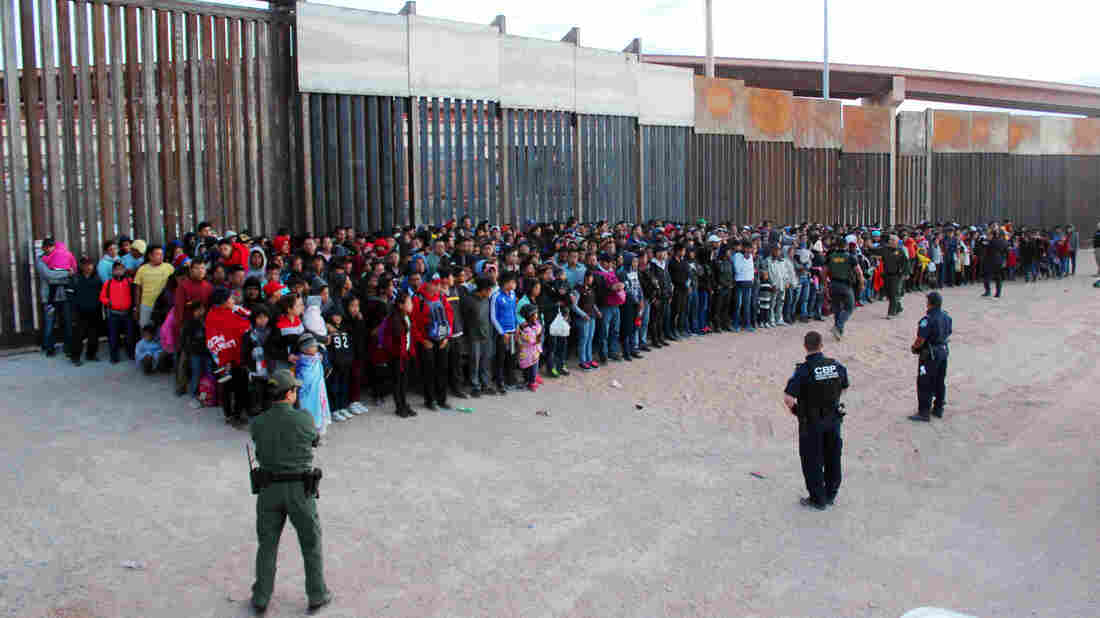 President Trump has announced plans to impose escalating tariffs on goods imported from Mexico in an attempt to stop migrants from entering the U.S. over the southern border. Shown here are migrants at the border in El Paso, Texas, on Wednesday. U.S. Customs and Border Protection via AP hide caption 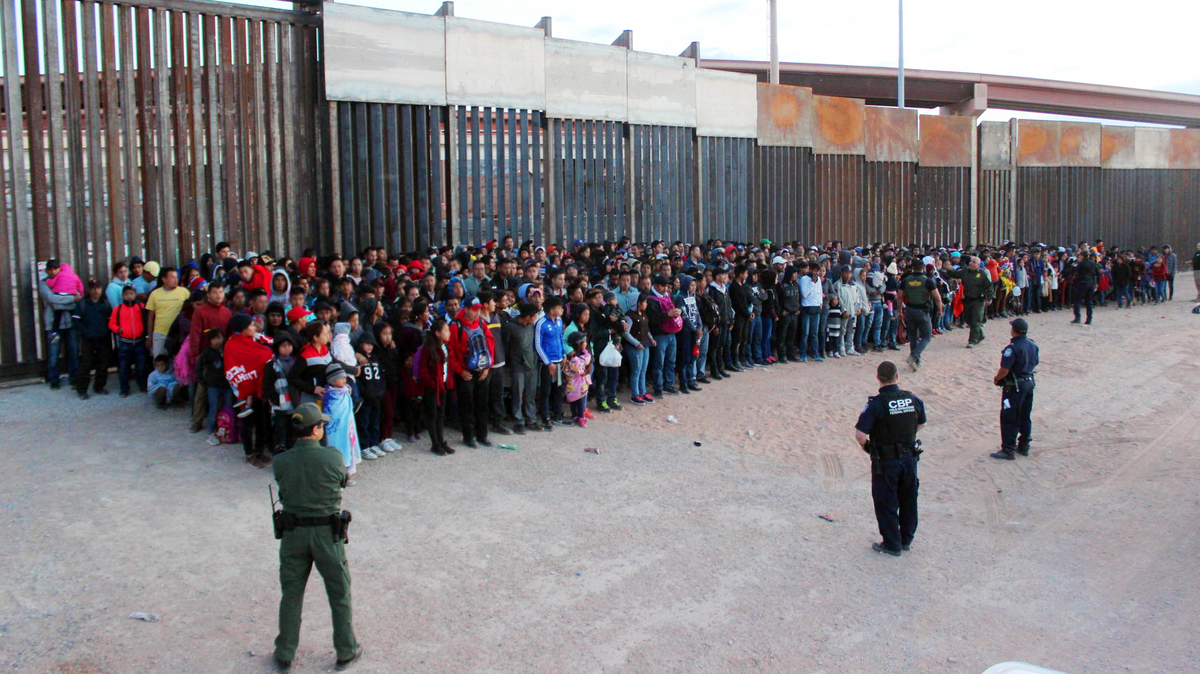 President Trump has announced plans to impose escalating tariffs on goods imported from Mexico in an attempt to stop migrants from entering the U.S. over the southern border. Shown here are migrants at the border in El Paso, Texas, on Wednesday.

President Trump says he will begin imposing tariffs on all goods imported from Mexico beginning June 10, unless that country does more to help reduce illegal immigration from Central America.

Shares of automaker stocks fell Friday morning following the news. It also drew a response from carmakers — many of whom have built facilities in Mexico in recent years to take advantage of cheaper labor and easy access to the U.S.

The American Automotive Policy Council, which represents U.S. automakers, criticized the threat to impose tariffs on Mexico, in a statement released Friday.

"We are strong supporters of the administration's United States Mexico Canada Agreement because it makes significant improvements to the NAFTA, but it relies on duty free access to be successful," the council said. "The imposition of tariffs against Mexico will undermine its positive impact and would impose significant cost on the U.S. auto industry."

In a statement issued late Thursday, Trump cited his authority under the International Emergency Economic Powers Act, and said the crisis at the southern border requires action.

"Accordingly, starting on June 10, 2019, the United States will impose a 5 percent Tariff on all goods imported from Mexico. If the illegal migration crisis is alleviated through effective actions taken by Mexico, to be determined in our sole discretion and judgment, the Tariffs will be removed. If the crisis persists, however, the Tariffs will be raised to 10 percent on July 1, 2019."

Trump added that unless the Mexican government takes steps to "dramatically reduce or eliminate" the flow of Central American migrants moving through its country, tariffs will go to 15% on August 1, to 20% on Sept. 1, and to 25% on Oct. 1. "Tariffs will permanently remain at the 25 percent level unless and until Mexico substantially stops the illegal inflow of aliens coming through its territory," he wrote.

The consequences of new U.S. tariffs could be significant, says Torsten Slok, chief economist at Deutsche Bank Securities in New York, who says the auto industry would very likely feel the largest effects. He notes that about two-thirds of imports from Mexico arrive through intracompany trade — companies bringing in goods from their affiliates.

"A lot of the trade with Mexico is really part of the supply chain for U.S. companies," Slok tells NPR. "So in that sense, what makes it difficult to quantify the impact is that the trade picture is really closely tied together between the U.S. and Mexico, and therefore the implications, as difficult as it is to quantify, look to be fairly significant."

Mexico's President Andrés Manuel López Obrador is sending his foreign secretary to Washington to try to negotiate a solution with the White House. Obrador says he has not yet gotten a response to a letter he wrote to Trump after the tariff threat.

"This is not a legal issue," Obrador said on Friday. "We want to have a good relation with the U.S. and we do not want the first response to be a legal procedure. We want dialogue and to reach an accord without a legal process. We must find a way out of this that works for both governments."

In his letter to Trump, Obrador argued that "social problems are not solved with taxes or coercive measures."

"We must understand what is happening in the U.S. now, but we must be prudent and act with a warm heart and cool head," he said. "We want a truce but the homeland is first."

Mexico's deputy foreign minister for North America, Jesus Seade, said that it would be disastrous if Trump imposed the new tariffs.

Trump's surprise announcement comes as the administration is urging Congress to approve the pending U.S.-Mexico-Canada Agreement, which is designed to replace the North American Trade Agreement reached in 1994. It is not immediately clear what impact the tariff threat will have on the draft agreement.

Acting White House chief of staff Mick Mulvaney, in a conference call with reporters, said the trade agreement and tariff threat "are not linked."

When asked which Mexican imports the administration means to target, Mulvaney replied "all of them."

"U.S. immigration authorities now have over 80,000 people in custody, a record level that is beyond sustainable capacity with current resources," he said.

The president's statement called for action by Mexico:

"Mexico's passive cooperation in allowing this mass incursion constitutes an emergency and extraordinary threat to the national security and economy of the United States. Mexico has very strong immigration laws and could easily halt the illegal flow of migrants, including by returning them to their home countries. Additionally, Mexico could quickly and easily stop illegal aliens from coming through its southern border with Guatemala."