Accessibility links
Review: The Charming 'Always Be My Maybe' Unites Ali Wong And Randall Park Randall Park and Ali Wong star in a Netflix romantic comedy about two young friends who grow up and grow apart, only to find each other again as adults. Also, there's Keanu Reeves. 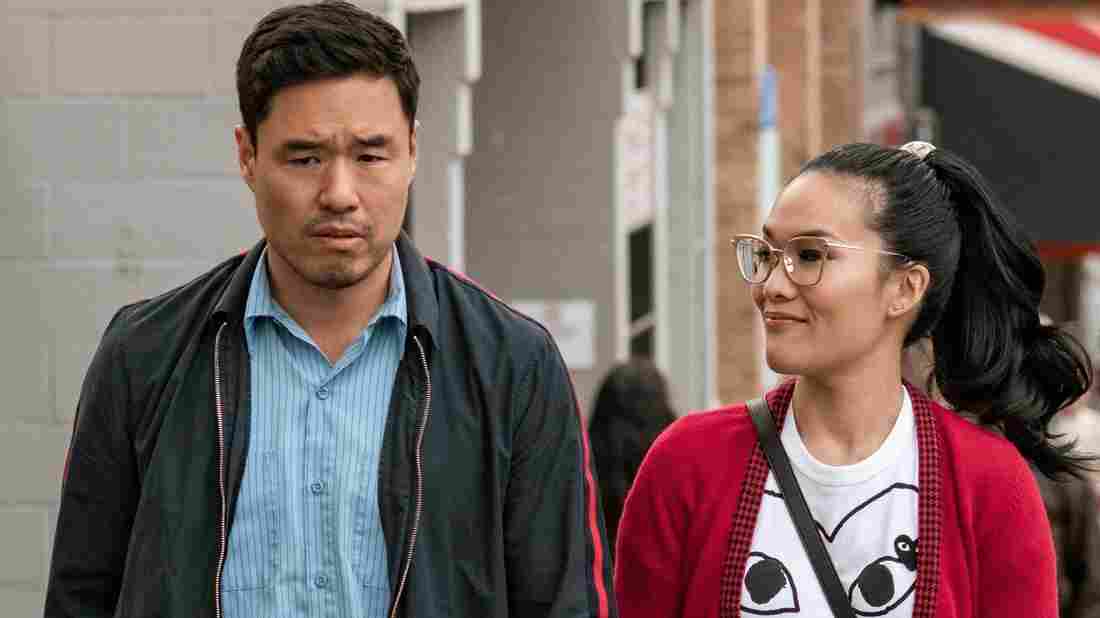 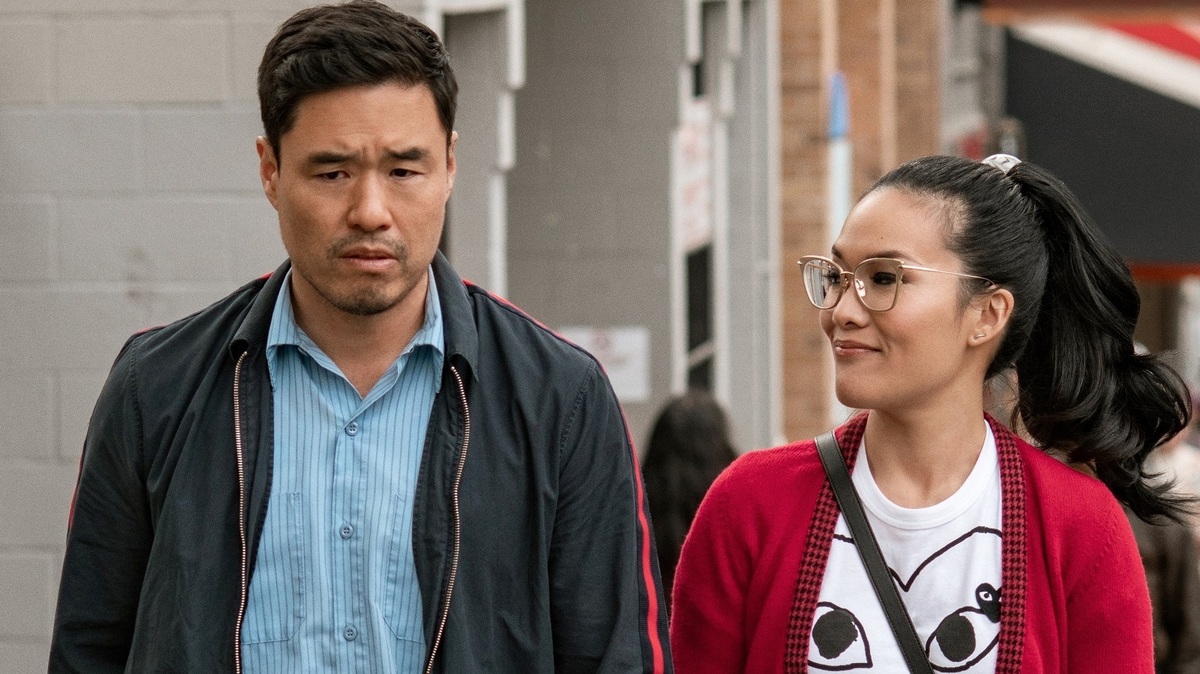 Randall Park and Ali Wong star in Netflix's Always Be My Maybe.

Oh, hello, it's a romantic comedy!

Always Be My Maybe is an enormously refreshing rom-com in a couple of ways that people who have covered its release have talked about a lot. Specifically, it's an American rom-com (released on Netflix) that features two Asian American characters from two Asian American families who have sex, fall in love, break up, date other people and then find each other again. It stars Randall Park, who has spent the last several years on ABC's Fresh Off the Boat but has had a long and varied career in comedy, and Ali Wong, whose career boomed after the release of her comedy specials Baby Cobra and then Hard Knock Wife. Park and Wong have known each other a long time, and they have eager fan excitement to thank (at least in part) for the fact that they decided to actually go ahead with the project.

As romantic comedies have contracted after their post-'90s boom, those featuring leads of color have been, regrettably but predictably, hit especially hard. And while Crazy Rich Asians in 2018 brought welcome representation for Asian American actors in both romance and comedy, it was not really quite a romantic comedy in the traditional sense.

This is one. Straight-up, down-the-middle, glorious romantic comedy for people who really and truly love and miss that kind of movie — and the fact that both leads are Asian American isn't the only way in which it's fresh faced. It's also noteworthy that Park is 45 and Wong is 37, making them significantly older than rom-com leads often are. (When Billy Crystal and Meg Ryan appeared in When Harry Met Sally..., also a long-relationship film and the one Wong and Park have often cited as inspiration, Crystal was just over 40 and Ryan was in her late 20s.)

The two play Marcus and Sasha, who become best pals as kids in San Francisco. They share one awkward sexual experience and then go their separate ways. Years later, when he's still working with his father and she's a celebrity chef, they meet up again. But he has a new and unusual girlfriend (a very funny Vivian Bang), and she's dating a fancypants rich guy played by the always welcome Daniel Dae Kim.

I love what Wong is doing here with the idea of the very driven and successful romantic comedy heroine. Sasha is unapologetic about being ambitious, with the only conflict about her work coming from what feel like very fresh conversations with Marcus about whom she's trying to please with her particular take on "Asian food." There's no sense that she needs to give up her job, and it's clear that she's probably going to remain famous while he remains not famous, no matter what else happens. Marcus is in a band, but while it would be easy to wrap this up by making his band a big hit, it would ... not be particularly believable. (His band is called Hello Peril, which is just a great, great joke.)

Sasha's best friend, Veronica (Michelle Buteau, because the great comedy people just keep on coming), is super-pregnant for most of the film (perhaps significantly, the same way Wong was when she shot both her comedy specials), and she's spared just about every bad best-friend cliché. In fact, Veronica's pregnancy almost operates like a subtle assurance that although she loves her friend, this love story is not the most important thing going on in her life at the moment.

Park, too, is just marvelously appealing, supportive and still sometimes kind of foolish in the way you have to be for a rom-com not to end until it's time for it to end. His dad is played by the marvelous James Saito, and the two of them have an easy and funny chemistry. Both Marcus' and Sasha's parents certainly have some culturally specific touchstones, but it's embarrassing how unusual it is to see Asian American characters with parents firmly outside any super-driven or super-silly stereotypes. (This was also a marvelous aspect of Hulu's coming-of-age series PEN15 and its portrayal of Maya's mom.)

One of the tricks with a film like this is that the middle often drags. After you get through the first part, in which you meet the characters and set up their lives and their love story (SPOILER ALERT), and before you get to the end, as they begin to approach a happy ending (SPOILER ALERT!!), there's a section in the middle where it can feel like you're just ... waiting. You're waiting for the people to figure out that they love each other or that their current partners are wrong for them. You're waiting for obstacles to clear. And that section often needs something. The people who made Always Be My Maybe very wisely concluded that what it needed was Keanu Reeves.

Without saying too much about his role, let's say that Reeves here is riffing on what you might call the Keanu Reeves Cultural Ideal — this notion that he's a fighter and a poet and a paragon of decency who probably meditates in the shower. And of all the times I've seen an actor goof around with his own image, this just might be my very favorite — even above the Neil Patrick Harris appearance in Harold & Kumar Go to White Castle. Reeves is a tremendously good sport and a fabulous comic actor, and every tiny decision he makes in these scenes is exactly right. It would be unfair to say he steals the film, because he doesn't. But what you can say is that his appearance helps enormously in kicking the middle of the film in the pants to keep it from sagging.

It's a film that delivers on all its promises, gives a lot of funny people a chance to shine and — yes indeed — provides some much-needed representation to a lot of potential love-story leads who don't see themselves in Hollywood nearly often enough.

And let me add: If you don't stick around at least through the part of the credits with ... the surprise audio, you may be sad later. Because later, someone will show you what you missed, and you will say, "I should have listened to that NPR critic." Stay at least through the childhood photos. They're pretty fun anyway.