Accessibility links
Jill Lepore's 'This America' Pits Rise In Nationalism Against Championing Of Liberal Democracy Jill Lepore, author of These Truths, argues that supporters of free and fair liberal government can't just hold their noses and wait for voters to realize that democracy is better than autocracy.

'This America' Pits Rise In Nationalism Against Championing Of Liberal Democracy

'This America' Pits Rise In Nationalism Against Championing Of Liberal Democracy 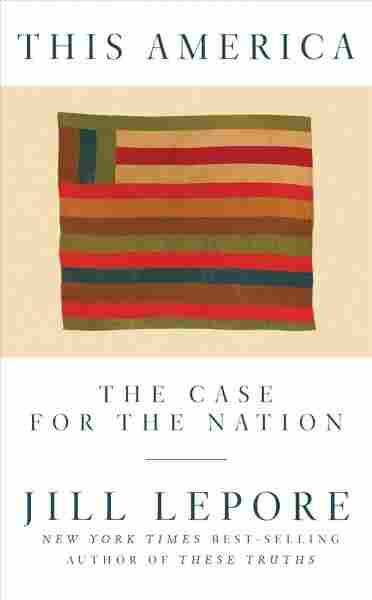 The Case for the Nation

We know Lepore thinks America's national history is worth studying and writing. Just last year, she published an epic, 900-plus page single-volume history of the United States, which NPR reviewed at the time as "magnificent." The aim of this much, much more slender book — she calls it "a long essay, really" — is much less clear.

Lepore's main point is that while champions of liberal democracy were celebrating the dawn of a cosmopolitan, interconnected, multi-cultural global community, an ugly, xenophobic nationalism was quietly taking root and reemerging as a powerful political force. This is an idea well-documented in recent books, and rightly so, as a global populist and autocratic wave shows no signs of weakening. This America's contribution to this booming genre: an argument that the advocates for liberal democracy ceded the field of studying and interpreting American history to nationalists — and, by doing so, inadvertently gave fuel to a fire they thought was completely extinguished.

There are two terms worth spelling out here. "Liberal" doesn't refer to left-leaning political views, but rather the broader geopolitical term Lepore defines as "the belief that people are good and should be free, and that people erect governments in order to guarantee that freedom." As for the difference between nationalism and patriotism, Lepore puts it this way: "Patriotism is animated by love, nationalism by hatred."

'These Truths' Looks At America Through The Promises Of Its Beginning

To fight mainstream populism and nationalism, Lepore argues, supporters of free, fair, and inclusive liberal government can't just hold their noses and wait for voters to realize that of course democracy is better than autocracy, and of course immigrants shouldn't be vilified and ostracized. They need to engage in better storytelling — both in the political arena and academia.

"In American history, liberals have failed, time and time again, to defeat illiberalism except by making appeals to national aims and ends," she writes. But the argument for more national history-writing is often drowned out by the book's condensed history of nationalism in America.

And the story Lepore lays out in this short book doesn't exactly inspire patriotism. She details a consistently illiberal and xenophobic United States. She ticks through the refusal to acknowledge Native Americans as citizens. Slavery. Xenophobic laws aimed at ostracizing Chinese immigrants. The draconian 1924 immigration law that codified racial prejudice into federal policy. The violence of the Civil Rights era. Weaved throughout the pages of this essay are more contemporary incidents: the violent Charlottesville racist demonstrations; race-motivated mass shootings in Charleston and Pittsburgh; and hovering above it all, a president who declared last year, "You know what I am? I'm a nationalist."

In this context, the recent resurgence of nationalism feels like a logical continuation of a strain that's animated United States history since Day 1, rather than the aberration Trump opponents like former Vice President Joe Biden frame it as.

Still, it's true that over the centuries, the United States has taken many halting — often stumbling — steps toward that idealized view of itself that inspired the Declaration of Independence, and has motivated generations of protesters and activists ever since. The tension between America's aspirations and realities are best summarized by a Langston Hughes poem Lepore quotes about halfway through the book:

"The land that never has been yet --

And yet must be — the land where every man is free."

To better understand this land, a reader would be better served by picking up Lepore's ambitious U.S. history, These Truths, rather than this follow-up essay.