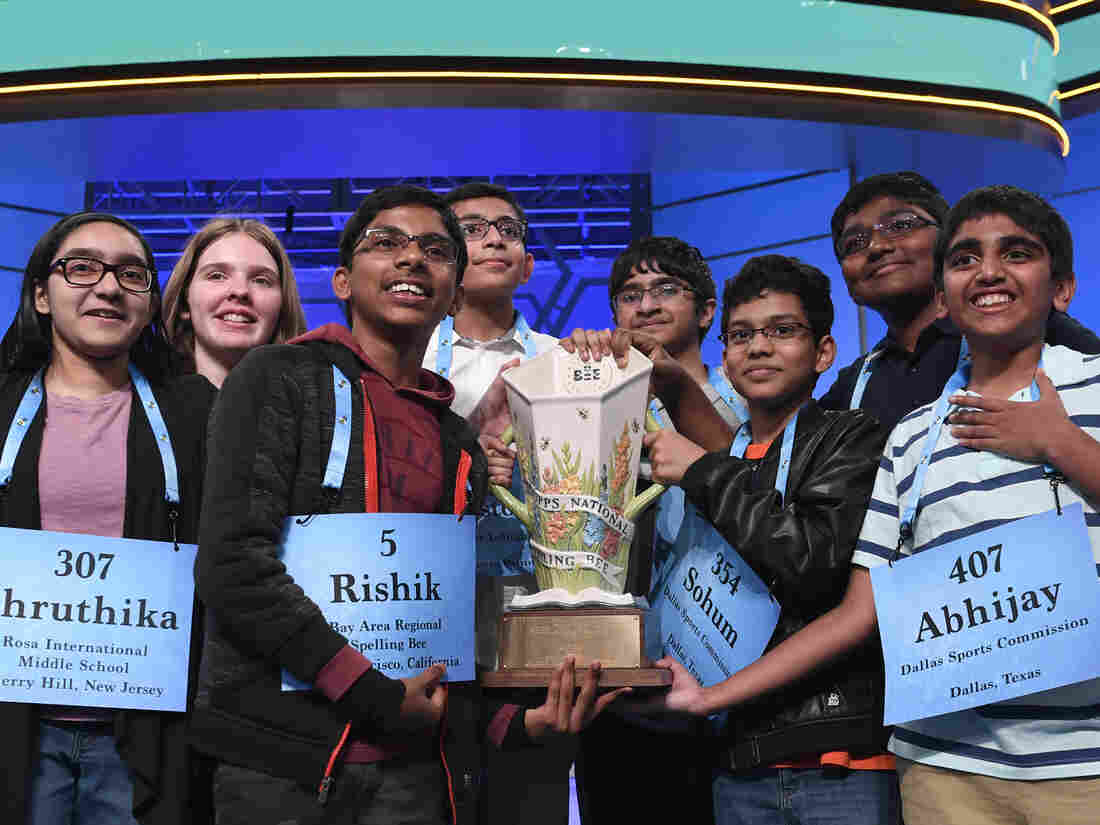 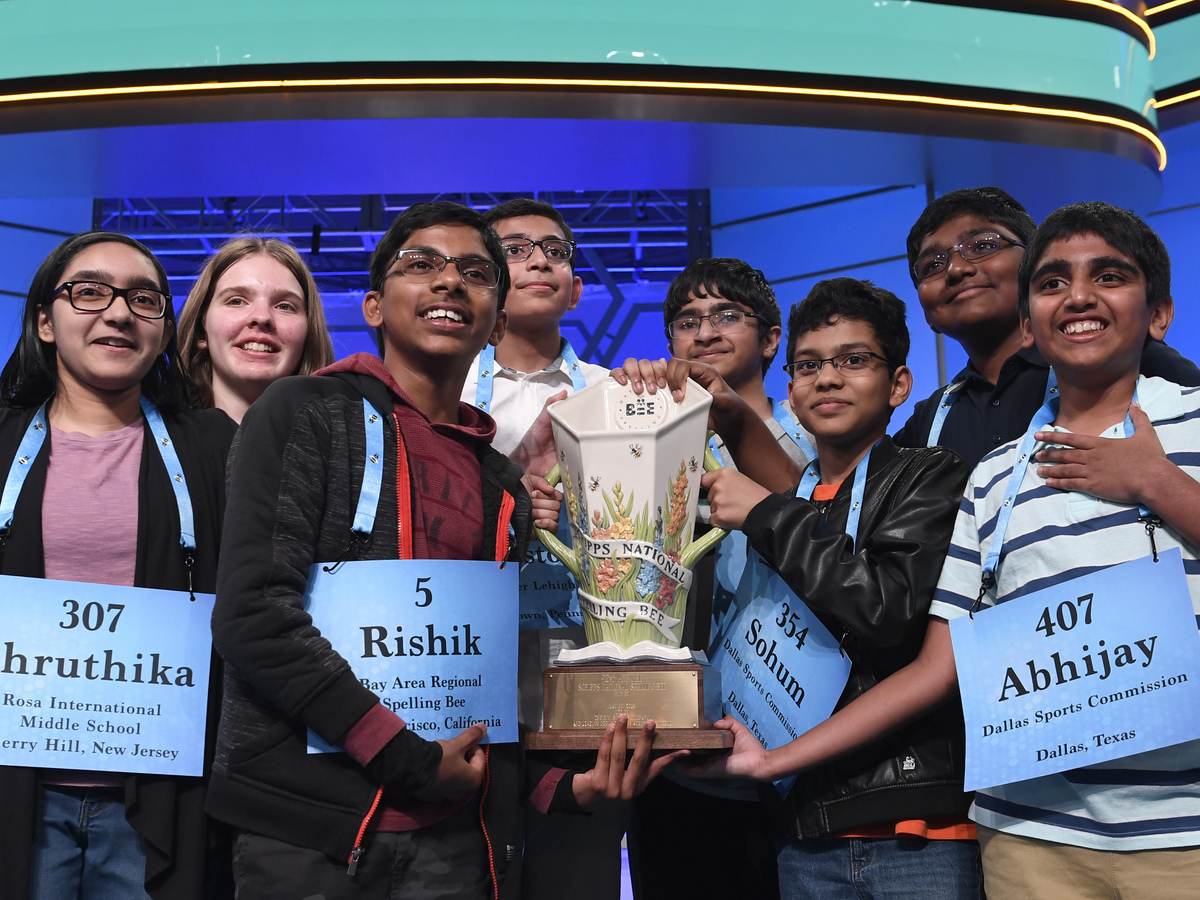 Eight co-champions are taking home the Scripps National Spelling Bee Cup after a record-breaking and exhausting night that ended in the 20th round, during which the pronouncer declared they had entered "uncharted territory" in the competition's more than nine decades.

Rishik Gandhasri, 13, was the first declared winner after correctly spelling the word "auslaut." The seventh-grader, who is the sixth champion from California, gleefully raised both hands in the air in victory and relief.

Erin Howard, 14, did a celebratory dance upon hearing her final word: "erysipelas." She ran into the arms of a fellow competitor sitting offstage and began to cry after becoming the second champion from the state of Alabama.

Saketh Sundar, 13, who was attending the bee for the fourth time, asked for every pronunciation of the word "bougainvillea" and leaped into an unexpected hop when he got it right. He became the first ever champion from the state of Maryland.

Shruthika Padhy, 13, whose process throughout the final rounds of the competition was to ask the pronouncer several times to repeat the words in question, only asked to hear "aiguillette" a handful of times.

Sohum Sukhatankar, 13, had a habit of stuffing both hands into his black leather jacket. But after spelling "pendeloque," he pulled one out for a quick and fierce fist pump.

Abhijay Kodali, 12, who took third place last year, came in co-first place this year with the word "palama" — a victory that made him clutch at his heart when he returned to his seat.

Christopher Serrao, 13, the tallest of the group, had a habit of standing before the microphone as a "cernuous" plant might — nodding or drooping — as he scribbled the letters of the challenging word up the side of his arm.

Rohan Raja, 13, was the last of the group, and he rocked back and forth as he awaited his final word: "odylic." After requesting details about the origin and meaning of the word, the letters seemed to rush out of him, and he was greeted by a round of high-fives from the other winners.

The eight finalists out-spelled 557 other contestants ranging in age from 7 to 15 over the course of three days.

Pronouncer Jacques Bailly called the winners "the most phenomenal assemblage of spellers in the history of this storied competition."