Accessibility links
Uber Lost $1 Billion In 1st Quarter, Hopes Profit-Slashing Price Cuts Ease Up Soon Uber had told investors to be prepared for it to lose even more than that; its first earnings report as a public company came in on the better end of Uber's projected range. 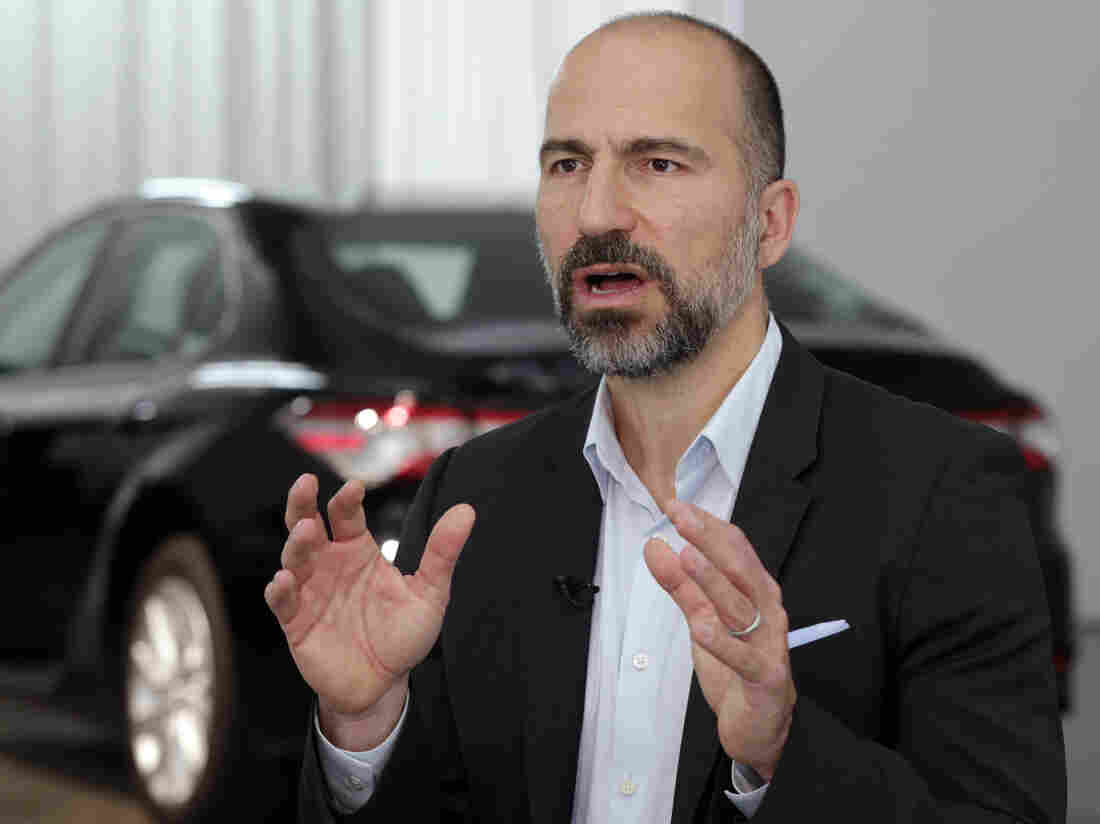 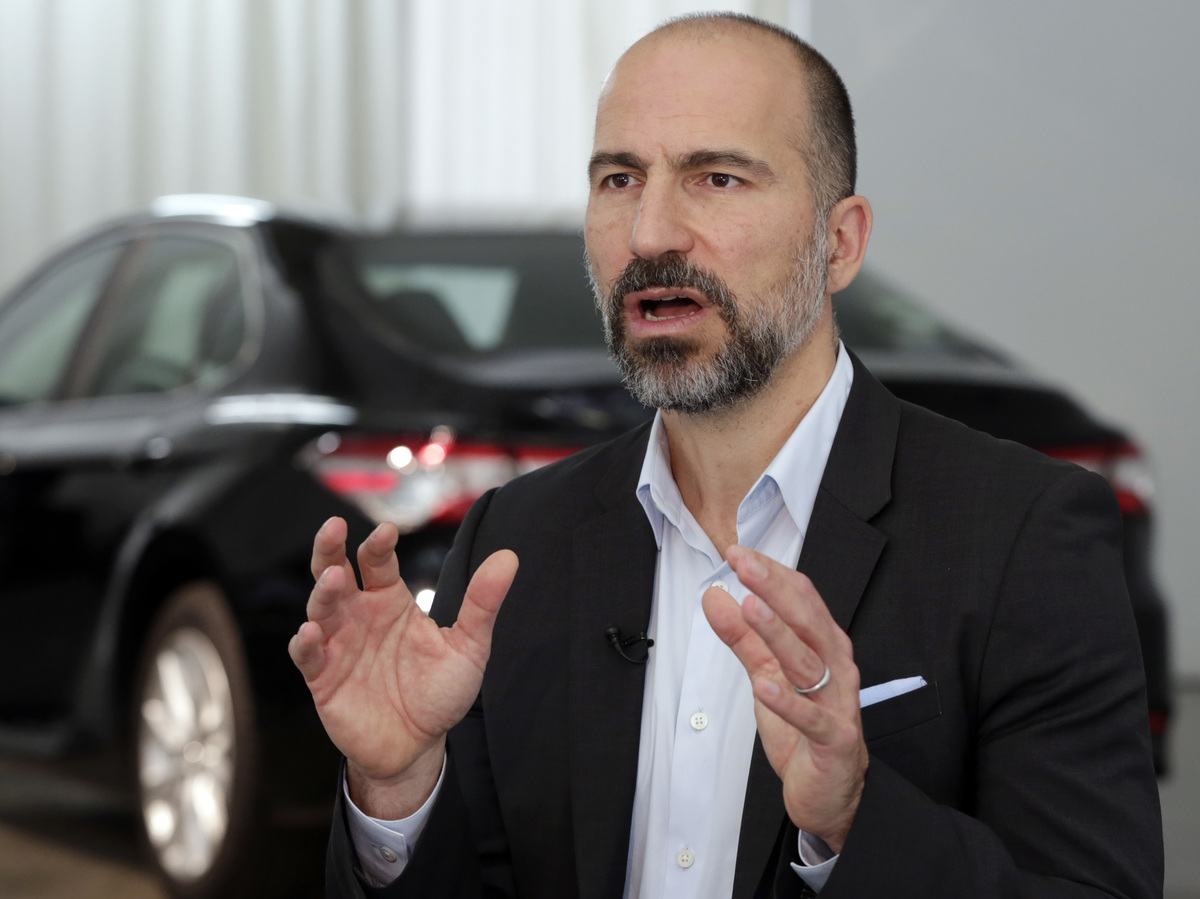 Uber CEO Dara Khosrowshahi says he expects Uber and Lyft will be easing off their price-slashing battle soon.

For most companies, losing $1 billion in a quarter would be a big disappointment. But Uber's first report as a publicly traded company was actually better than it had warned investors to expect.

The ride-hailing and food-delivery giant brought in more than $3 billion in revenue in the first three months of 2019 — a 20% jump from the same quarter a year earlier.

Before going public earlier this month, Uber had told investors to be prepared for an even larger loss in the first quarter. Now, it's telling them it expects the price-cutting competition that has hurt its profits to ease up soon.

Uber has burned through money for years by spending heavily on growth — offering financial incentives to attract new riders and drivers, and taking on the costs of expanding into new markets around the world. So far, that growth has never translated into profits.

Uber's IPO did not go well. Despite pricing its shares relatively conservatively, at least compared with early expectations, the company saw its stock drop immediately, and it finished day one lower than it started. Since then, Uber shares have never sold at the value set for the initial offering.

Wall Street liked what it saw in Uber's first earnings report. Its stock was up more than 1% in early trading Friday.

In the U.S., meanwhile, Uber is facing off with its smaller competitor Lyft.

Around the world, competition in ride-hailing is driving down prices and contributing to Uber's losses. In the earnings call on Thursday, Uber CEO Dara Khosrowshahi said he expects Uber and Lyft, at least, will be easing off their price-slashing battle soon.

"The competition is going to be more healthy," he said. "It's going to be based on brand and product and technology, which we think is the right way to compete, versus throwing money at the problem."

He also acknowledged that Uber has faced headwinds in the U.S. due in part to the tremendous damage to the brand over the past few years — marked by sexual harassment allegations, reports of illegal business practices, data breaches and other scandals.