Accessibility links
Review: 'Deadwood: The Movie,' A Finale As Brilliant As The TV Series David Milch, creator of HBO's Deadwood: The Movie, never strikes a false note upon his return to the lawless 19th century mining town at the center of his earlier series. 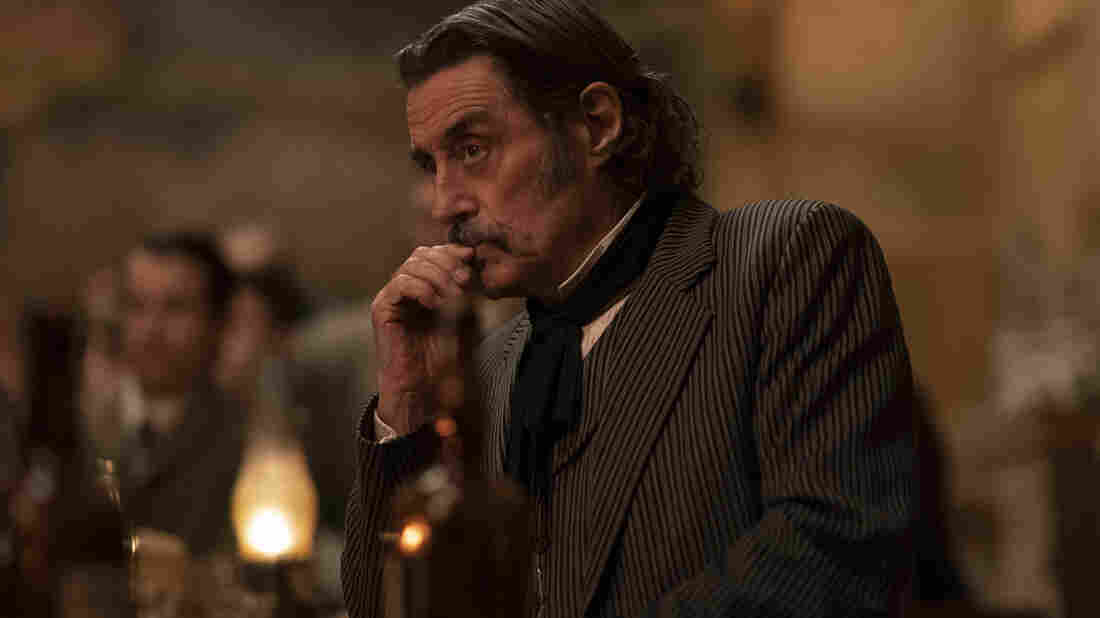 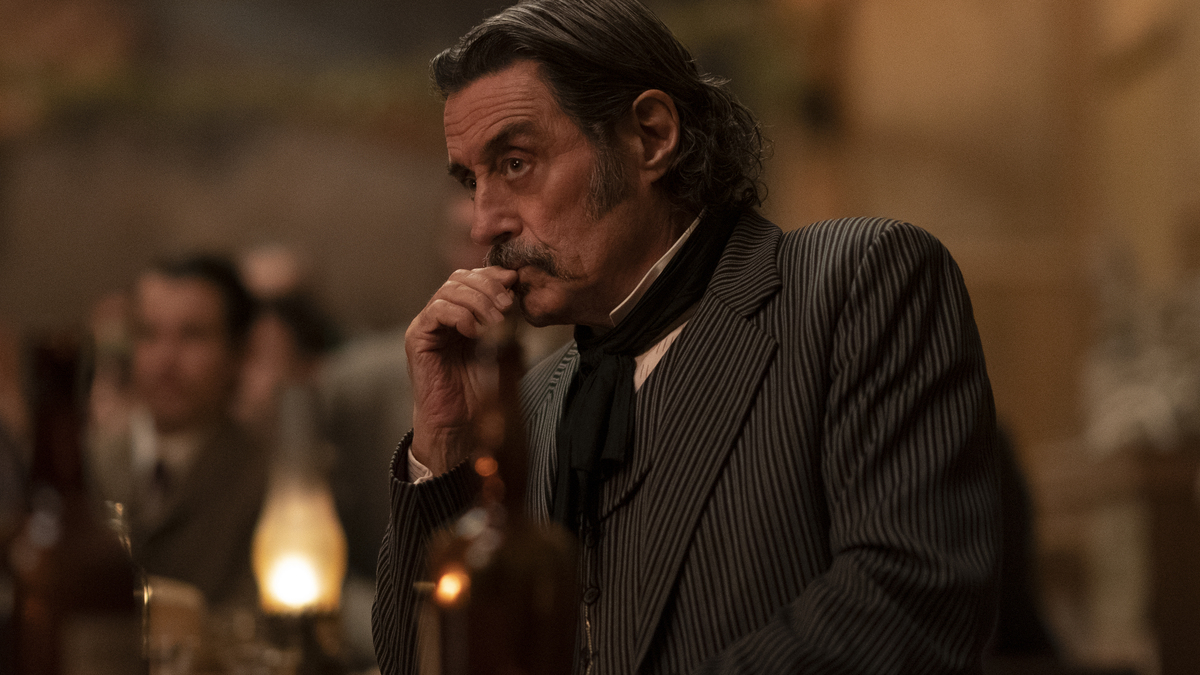 The three seasons of the series Deadwood, which ran on HBO from 2004 until 2006, were set in a mining town in the territory of the Dakotas — the black mining hills sung about by Paul McCartney in "Rocky Raccoon." There was no established law there in 1876, when the first season of Deadwood is set, but there was plenty of gold and silver, which led to a quickly growing community of miners, laborers, gamblers, prostitutes, opportunists and outlaws.

One famous figure who came to Deadwood early was Wild Bill Hickok, played by Keith Carradine, but Wild Bill didn't last long — one of the first reminders that, in this town and in this TV series, danger and death threatened every single character, no matter how prominent. And that's a fact of life in Deadwood: The Movie as well.

Series creator David Milch has written Deadwood: The Movie so that it can be seen and enjoyed as a stand-alone drama, but the more familiar you are with the history and residents of Deadwood, the more consistently thrilling this new HBO movie will be. And you have to admire, and respect, the degree of difficulty in the task Milch faces — and how superbly he delivers. More than a dozen years later, a movie version of Deadwood has to serve as a reunion special, making room for the old show's surviving characters and actors.

The year is now 1889, and South Dakota is about to receive official statehood — the cause for a celebration that brings back characters who left Deadwood to reunite with those who stayed. But to move the story forward so many years, Milch had to imagine what those years were like for dozens of characters. And he never strikes a false note.

In the series version of Deadwood, the drama escalated slowly but surely each season, with a series of threats and villains more formidable and deadly than the previous. In Deadwood: The Movie, Milch jump-starts that by using Dakota statehood as an excuse to bring back to town one of its richest mine operators and nastiest villains: George Hearst, father of newspaper publisher William Randolph Hearst.

In the series version of Deadwood, Hearst (Gerald McRaney) was responsible for several deaths and was frighteningly ruthless and powerful. But he left town at the end of the third season to return to California — where the real Hearst became a U.S. senator. Now, in the movie, Hearst returns to Deadwood as a prominent politician, a seemingly more rational and genial man, ready to give a speech and expand his mining interests.

Deadwood: The Movie folds in occasional flashbacks to remind us of its characters and their interactions. Mostly, they are quick scenes of sex or violence, but they do add to the history. And history is so rich here — not only the history of statehood and progress, with railroads and telephone lines pushing relentlessly toward the town, but also the history of the characters. The TV series opened with Timothy Olyphant as Seth Bullock, then a sheriff in Montana, confronted by a mob seeking its own brand of frontier justice. Deadwood: The Movie echoes that confrontation — one of a series of sparkling echoes that run through this excellent drama like gold dust through a mountain stream.

Anyone prospecting for TV treasure will find Deadwood: The Movie a gold mine. Milch battled Alzheimer's disease as he wrote the script for this long-awaited finale, and it may prove to be his final work. Anyways — a word several of his Deadwood characters are prone to say — I can't imagine a better one. I just rewatched all of the Deadwood series to prepare for this review, and it stands up, even more obviously and gloriously, as one of the best TV dramas ever produced. And with this new HBO movie, Deadwood goes out just as brilliantly as it came in.