Accessibility links
Victims Of Virginia Beach Shooting Identified By Authorities Eleven of the 12 victims were city employees; one was a contractor. "They leave a void that we will never be able to fill," City Manager Dave Hansen said Saturday. 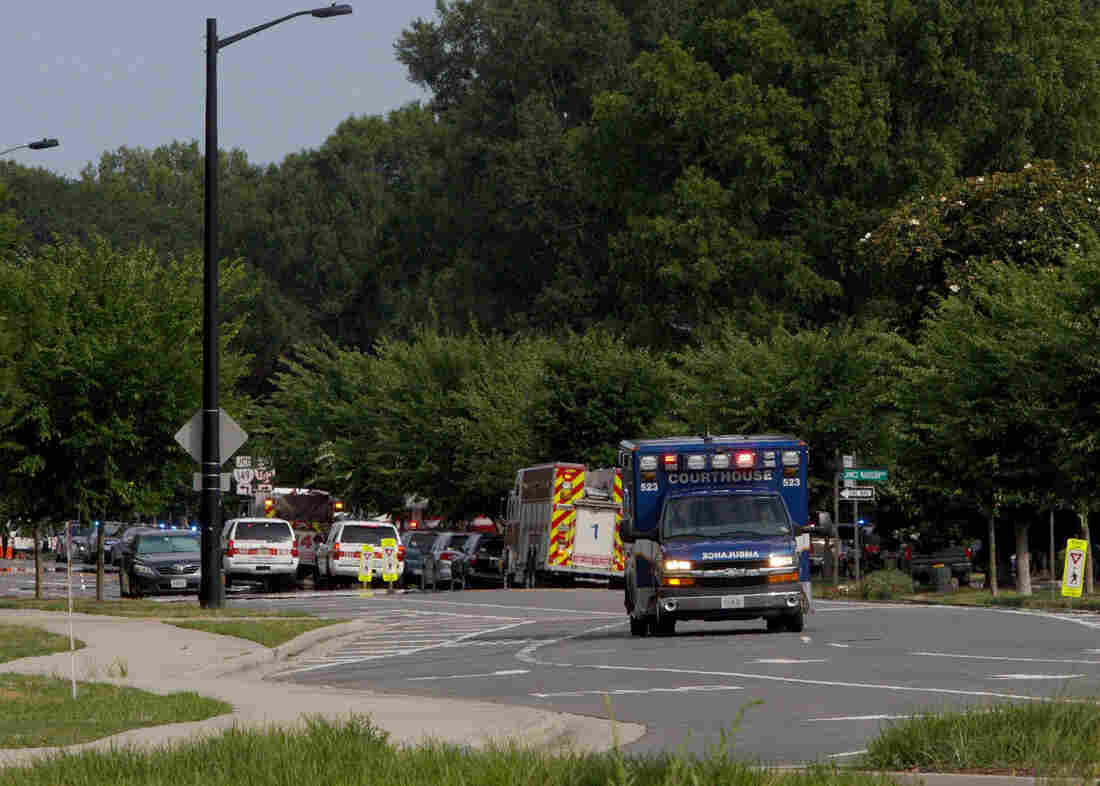 "There is no way to describe an incident such as this," Virginia Beach Police Chief James Cervera said of Friday's deadly shooting. At least 12 people were killed. Kaitlin McKeown/The Virginian-Pilot hide caption 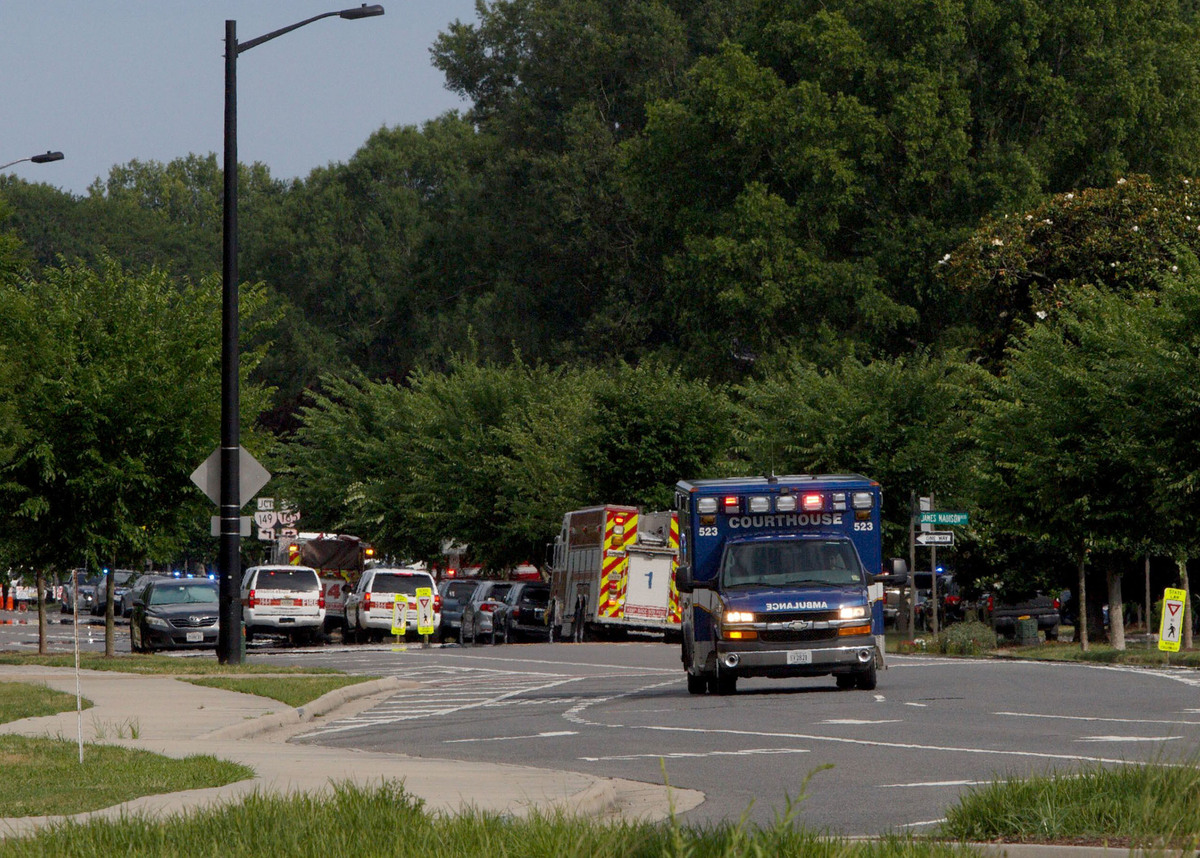 "There is no way to describe an incident such as this," Virginia Beach Police Chief James Cervera said of Friday's deadly shooting. At least 12 people were killed.

Officials in Virginia Beach, Va., have named the 12 people who were killed in a shooting Friday at the city's municipal center.

Katherine A. Nixon of Virginia Beach

"They leave a void that we will never be able to fill," City Manager Dave Hansen said Saturday morning.

All but Snelling were city employees with length of service ranging from 11 months to 41 years. Snelling was a contractor.

Officials identified the shooter as DeWayne Craddock, a 15-year public utilities engineer, who was a current employee at the time of the shooting. He died after what Virginia Beach Police Chief James Cervera called a "long-term large gunfight" with police officers.

Cervera said the alleged gunman used a city-issued badge to gain entry to the building. At a Saturday afternoon news conference, the police chief denied that the suspect had been fired before carrying out the shooting.

Officials said they had identified two weapons used in the shooting as .45-caliber pistols. The weapons were purchased legally by the shooter in 2016 and 2018. The suspect also has a sound suppressor, the police chief said, along with extended magazines that the suspect reloaded during the shooting.

Local police and agents with the federal Bureau of Alcohol, Tobacco, Firearms and Explosives searched the shooter's residence and recovered two other firearms. One of the two has been identified, and according to authorities, was also legally purchased by the gunman.

Four people who were seriously injured are being treated at Virginia Beach and Norfolk hospitals.

Police said initially on Friday that shortly after 4 p.m. ET, the suspect entered Building Two of the city government complex.

"He immediately began to indiscriminately fire upon all the victims," Cervera said Friday. He said the suspect and four police officers who quickly entered the building engaged in "a long gunbattle."

Cervera said exchanges of gunfire involving police officers typically include minimal rounds fired. "This was well beyond that," he said, with "shots fired from various places down the hallway at officers."

He said after the suspect had been subdued, officers gave him first aid, but he died.

Virginia Beach Police are working with federal law enforcement agencies to process the scene and investigate.

One of the people injured was a police officer who was saved by his bulletproof vest, according to Cervera. 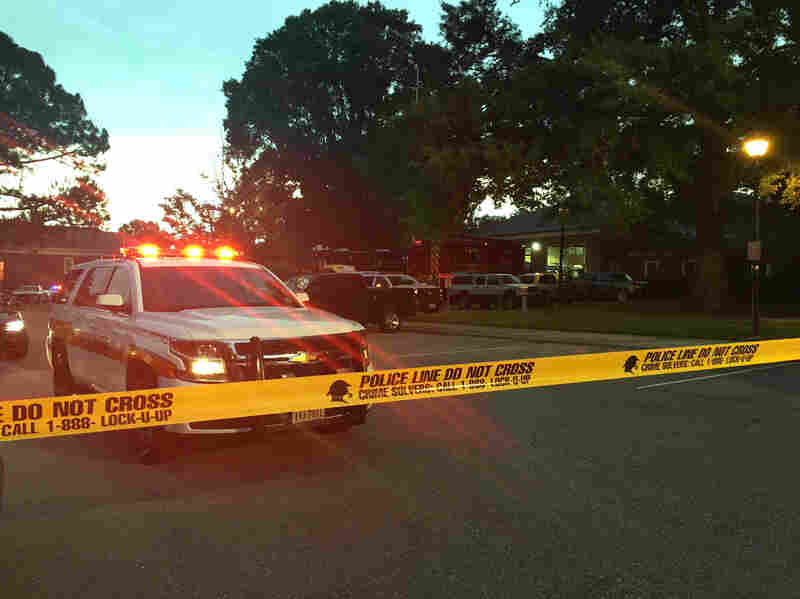 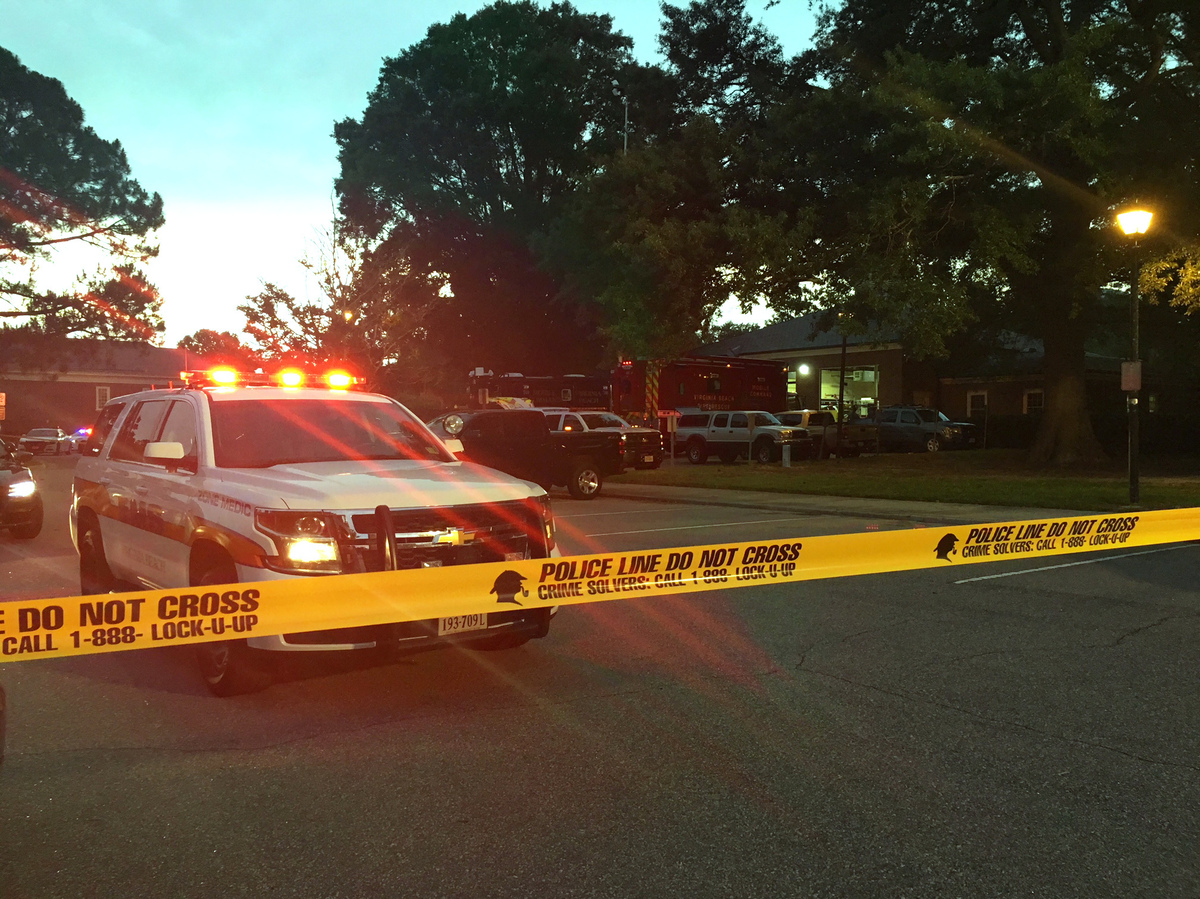 In addition to those who were shot inside the municipal facility, the police chief said one victim was outside in a car.

"There is no way to describe an incident such as this," said an emotional Cervera. "No chief of police anywhere in the country, no mayor, no city manager ... ever wants to get up and give information such as this."

Cervera and other state and local officials said the families and coworkers of the victims will need help over the long term. Cervera included the officers who are processing the scene, which he described as a war zone, among those whose "lives are going to be changed."