Accessibility links
Review: DuVernay's 'When They See Us' And The Tragedy Of The 'Central Park 5' Ava DuVernay's powerful Netflix series shows a system that frequently fails men of color — and the costs of that system to a famous group of boys who were in the wrong place at the wrong time.

Horrors And Humanity In Ava DuVernay's Gripping 'When They See Us'

Horrors And Humanity In Ava DuVernay's Gripping 'When They See Us' 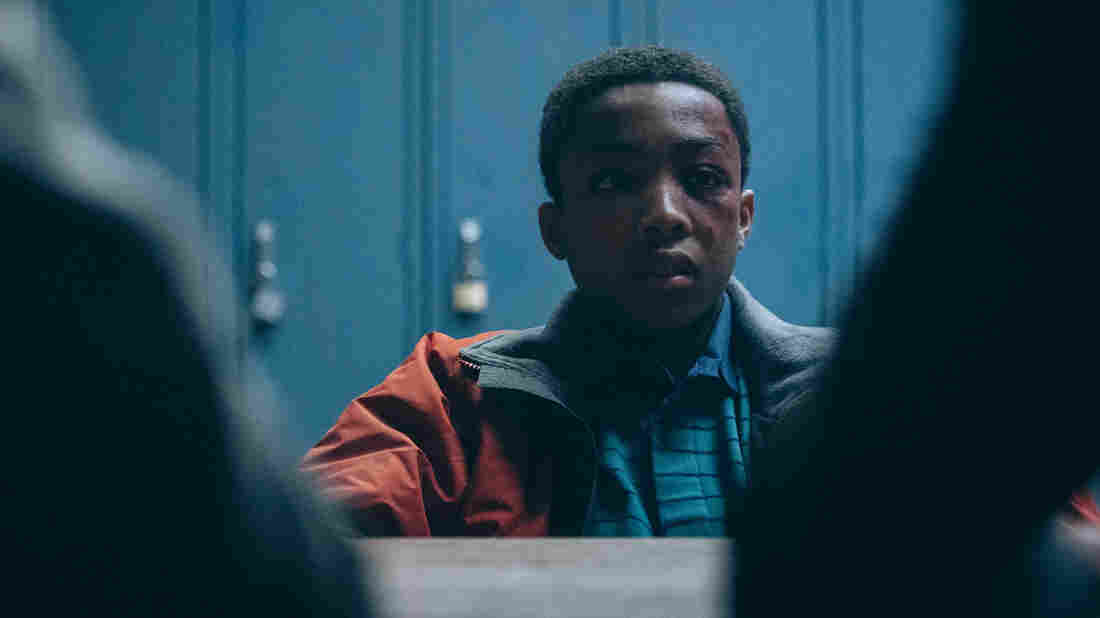 Asante Blackk plays young Kevin Richardson, one of the boys imprisoned for years only to be released when another man finally confessed. Atsushi Nishijima/Netflix hide caption 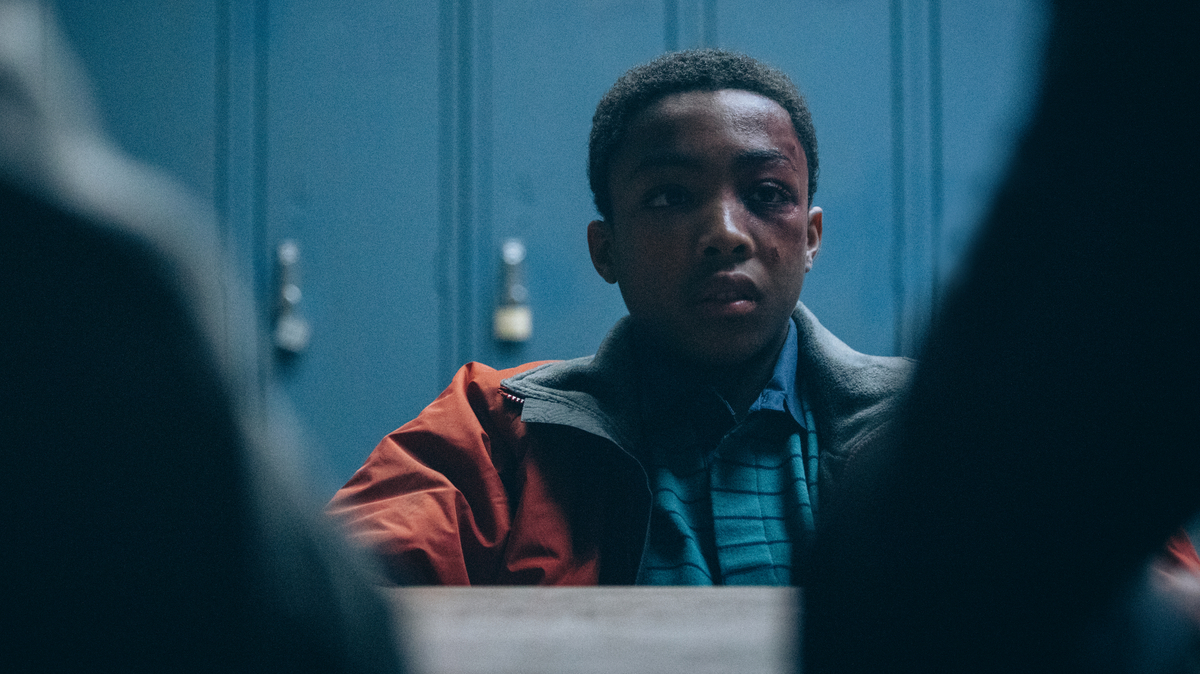 Asante Blackk plays young Kevin Richardson, one of the boys imprisoned for years only to be released when another man finally confessed.

This was the toughest TV show for me to watch in a long while.

When They See Us is director/writer/producer Ava DuVernay's searing, four-part drama about five black and Latino boys who were railroaded into falsely confessing to the most notorious gang rape in New York City history. But it wasn't difficult viewing for its violence—in fact, the Netflix series is very careful in how it presents many instances of assault, with the most grisly details left to viewers' imagination.

Interview: Ava DuVernay Hopes You Hear 'The Heartbeat Of The Boys' In Central Park 5

It was tough to watch because DuVernay's look at the Central Park Five depicts a chilling circumstance that sits in the back of my mind, as a black man in America, pretty much every day. What happens when/if white America decides you are guilty of a horrific crime, partially to confirm its own horrific prejudices about people who look like you? What if that happens regardless of the evidence or circumstance?

And when/if that time comes, what if every institution that is supposed to protect you — police, lawyers, the media, even your parents and family — all turn their backs, pile on, or are too overwhelmed to make a difference?

This is the stark picture DuVernay offers, in a masterpiece of a series aimed at humanizing five boys who were vilified for decades and served years in prison for a crime they didn't commit. When we first meet them, Antron McCray, Kevin Richardson, Yusef Salaam, Raymond Santana and Korey Wise (played as boys by Caleel Harris, Asante Blackk, Ethan Herisse, Marquis Rodriguez, and Jharrel Jerome) are typical teenagers; well-meaning young men focused on music lessons, hanging with friends, chatting up girls and finding a fun way to spend spring break.

TIFF '12: 'The Central Park Five' Revisits A Storm Of Fear

Trump Pushes Due Process For Some, 'Lock' Them Up For Others

But within minutes, it's obvious they've landed in the wrong place at the wrong time when they join a group of young men who pour into Central Park from Harlem during an infamous evening in April 1989. DuVernay shows them mostly laughing and roughhousing with each other when they stumble on a knot of young black men beating up a white man; in the Netflix series, one of the attackers says he was beaten by a group of white men in Bronx and was delivering "payback."

News reports at the time painted a different picture. Those stories reported a group of about 30 youths "wilding" — a term the Netflix series depicts coming from an officer's report on what one of the youths said — beating up and harassing a number of other people in the park, for no real reason.

Then there was the jogger: white, 28-year-old investment banker Trisha Meili. She was discovered bound and bleeding in the park, raped and almost beaten to death that night in an attack that left her in a coma for nearly two weeks. When she recovered, she had no memory of the assault.

What followed is a plunge into a nightmare that DuVernay recreates with brutal realism. Police detectives and prosecutor zero in on five boys, aged 14 to 16, who were in the park. They isolate them from parents and guardians and spend long hours coercing confessions out of each of them, promising to send them home if they just admit to participating in the rape.

I'll be honest; I had to stop the episode several times during these scenes, once to wipe away tears. I knew what was coming for these children. They were signing away their futures with no knowledge of what they were admitting. They would be convicted of the rape on the strength of these manipulated statements. The world would assume the tale told by police and prosecutors was the truth. It felt like watching a slow motion lynching.

This feeling only builds when the series features the real-life actions of Donald Trump, then a loud mouthed, celebrity-chasing real estate mogul, who advocated for the Central Park Five to get the death penalty in newspaper ads. Shown in clips from interviews at the time, Trump insists he would rather be "a well-educated black" because of the advantages such a person supposedly has. This from a guy who the New York Times has reported received the equivalent of $413 million in today's dollars from his father's real estate empire to help build his own businesses.

Felicity Huffman, whose public image has already been hurt thanks to her guilty plea in a college admissions scandal, is fortuitously cast as the show's biggest villain — prosecutor Linda Fairstein. In the Netflix show, she calls the Central Park Five "animals," pushing cops to coerce confessions and hold back evidence.

As the series shows, many years later convicted serial rapist and murderer Matias Reyes confessed that he raped Meili alone and DNA evidence found at the scene proves he was there. Still, Huffman's Fairstein refuses to admit they may have railroaded the wrong people. (The adult men are played by Jovan Adepo, Justin Cunningham, Freddy Miyares, Chris Chalk, and Jharrel Jerome, who plays Wise as both a young man and an older one.)

But empathy for the falsely accused can come at a price. Because this show is based on the stories of the Central Park Five, humanizing these black and brown kids caught up the rush to convict, we don't get a lot of background on the other victims of assaults in the park that night. Even Meili, the most famous victim, isn't given much substance; she's showcased best in a powerful moment when she struggles to walk to the witness stand in one of the trials.

In combating the prejudice and rush to judgment of the original event, When They See Us is a mostly sympathetic retelling. The series unwinds the prevailing narrative about the Central Park Five by presenting another one largely in their favor, even when they make unwise decisions.

In her Oscar-nominated feature film Selma and her Oscar-nominated documentary 13th, DuVernay has stood as a principled filmmaker of color whose work wrests control of history's narrative from white-dominated institutions. I almost felt this story could have been called When WILL They See Us, for DuVernay's bold work insisting viewers take in the full humanity of these black and brown men and their families.

When They See Us achieves quite a lot, asking us all to consider exactly who in America really gets the presumption of innocence when accused of a crime. And what's the cost — to individuals' lives and for society as a whole — when prejudice and poverty unduly affects that answer?