Accessibility links
Cardi B, Katy Perry, Tove Lo, Charli XCX Each Make A Pitch For Song Of The Summer Summer pop bangers have been dropping by the bushel, giving you an insistent soundtrack to this weekend — and, if folks like Cardi B and Katy Perry have their say, every day 'til autumn. 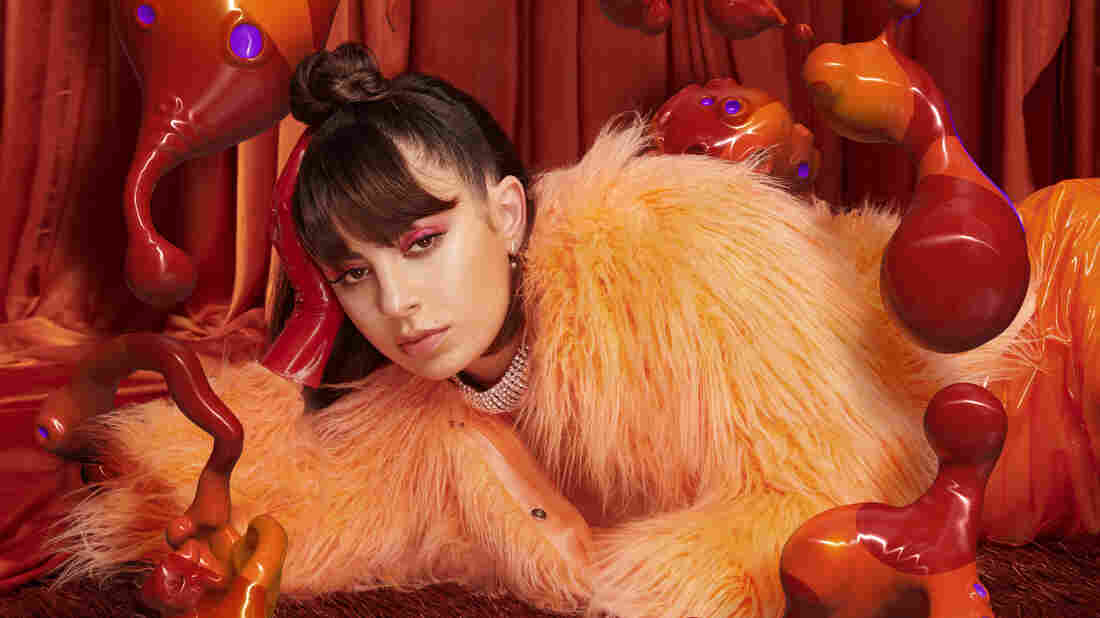 Charli XCX's latest single is "Spicy," a Spice Girls tribute in which she collaborates with Herve Pagez and Diplo. Courtesy of the artist hide caption 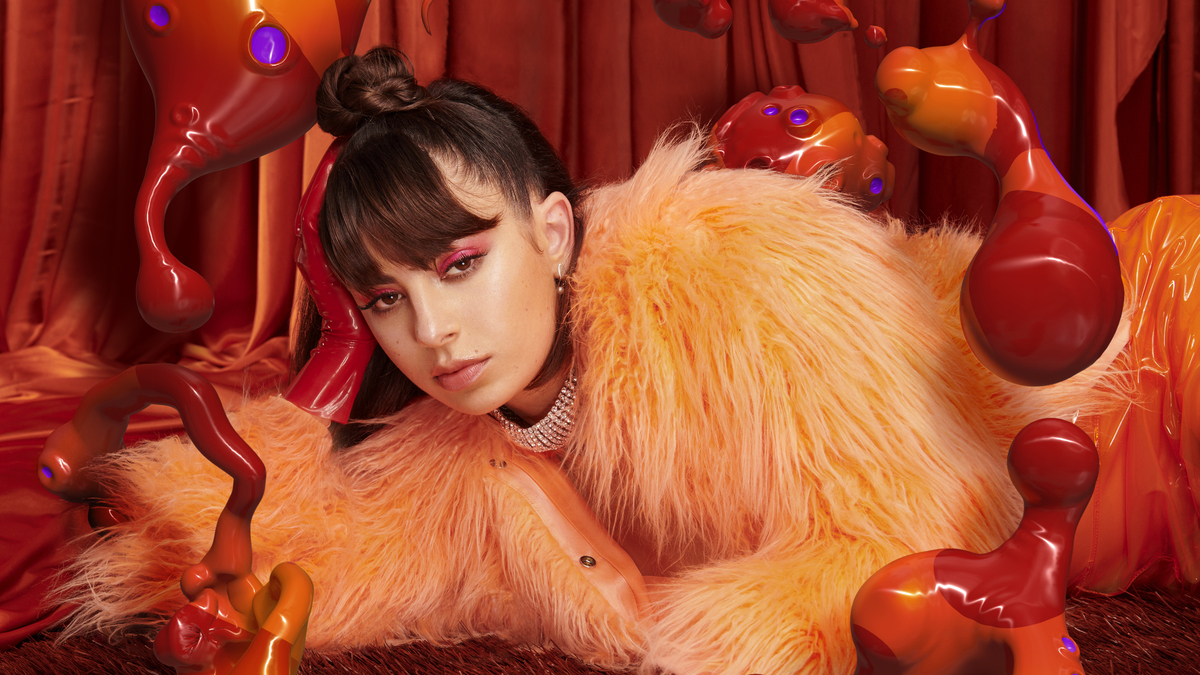 Charli XCX's latest single is "Spicy," a Spice Girls tribute in which she collaborates with Herve Pagez and Diplo.

Most aspiring pop stars dream of one day churning out "the Song of the Summer" — that one inescapable jam that blows up every hot-weather radio playlist, beach party, car stereo and YouTube binge. Some of them may be frothy, seemingly disposable pop confections, but there's a certain permanence to Song of the Summer status; once you've reached that milestone, you're forever embedded in the memories of summertime revelers the world over. (Want proof? Listen to this Songs of the Summer mix spanning the years 1962 to 2018 and see how much of your past comes flooding back.)

But hits aren't made overnight; it can take a while for a song to make its way from release day to "Old Town Road"-style hyper-ubiquity. Which is to say, if you want to lay claim to unofficial Song of the Summer status for 2019, you'd best do it quickly. That's likely why this week — and particularly the last day or so — has seen such an onslaught of summer jams, each of which seems to be aspiring to dominate our lives for months to come. Here's a quick rundown.

Katy Perry's songs have been streamed tens of billions of times, making her the sort of too-big-to-fail pop juggernaut that can never be counted out of any given Song of the Summer competition. "Never Really Over" taps into universal emotions — heartache, nostalgia, regret, reflection — with maximum wistfulness. Looking for a metric to capture just how fussed-over your favorite summer jams often are? "Never Really Over" is the work of nine credited songwriters, including Perry herself and the ubiquitous Zedd.

The line between "insistent" and "annoying" rarely feels quite this thin. "Spicy" has been engineered to hit many sweet spots at once, starting with its headlong dive into '90s nostalgia: The track, assembled by U.K. DJ Herve Pagez and U.S. mega-producer Diplo, enlists Charli XCX to pay lovingly extravagant tribute to The Spice Girls' eternal "Wannabe." A truly ridiculous trifle, this one's sold most effectively in its doofy video, in which its headliners ride, jam with, dance alongside and eat at a cafe with an array of brightly colored... dolphins.

It's too early to tell which of these songs is likeliest to pop, but here's an unmistakable highlight of this week's lot. In "Glad He's Gone," Swedish pop star Tove Lo comforts a dear friend with sexually frank affirmations in the aftermath of a painful breakup. Dispensing kind advice — mostly of the pick-yourself-up, you're-too-good-for-him variety — Lo drives her point home in the hypnotically infectious, haunting hook: "You're better off / I'm glad that he's gone."

Cardi B has been a vibrant, wildly charismatic addition to the pop landscape in recent years, but "Press" is a one-off swat at a gossip mill that's obsessed over her personal life with relentless invasiveness. Though a bit too specific in its messaging to connect on a grand scale — although who among us hasn't had to grapple with the prying eyes of the paparazzi? — "Press" does pack a tremendous amount of quotable aggression into less than two-and-a-half minutes.

Pinning down Mark Ronson's aesthetic isn't easy: If you had to summarize him with a single genre signifier, it'd be... maybe "hits"? It's hard to find too many other throughlines connecting "Find U Again," his new collaboration with Camila Cabello, to, say, "Uptown Funk." But what "Find U Again" lacks in a distinct artistic identity, it makes up for in the sheer power of sounding like every other aggressively Auto-Tuned song on the radio. So who knows?

The clearest path to Song of the Summer status is to reach for something universal — something in the language of heartache, desire, loneliness or defiance. But another way is to serve up a mission statement to a smaller-but-mighty subset of the pop audience. For King Princess, a 20-year-old who's currently blooming into a queer icon, "Cheap Queen" has it all, from a coolly woozy sound to a statement of purpose sure to resonate: "I can be bad sometimes / I'm a real queen / I can make grown men cry."

Maybe it's the tinny, computerized beats; maybe it's the lighthearted narrative about, well, finding "Love Thru the Computer." But Gucci Mane's new single feels playfully old-school, even evoking the story-song rambles of Biz Markie or Young MC, albeit with far saltier language. Bieber's presence on the hook makes "Love Thru the Computer" a pop contender from the jump, though his own personality is muted next to Gucci's.

Puerto Rican superstar Bad Bunny just got around to releasing his first full-length album back in December, and he's already got a follow-up single in the smoothly ingratiating "Callaíta." Recorded as a one-off with reggaeton producer Tainy, the track touches on the greatest hits of summer-song celebration: the beach, booze, sex and that certain someone with whom all three can be shared.

The Chainsmokers, 'Call You Mine (feat. Bebe Rexha)'

Three of the most eager collaborators in the electro-pop business — that'd be Bebe Rexha and the two basically interchangeable dudes in The Chainsmokers — gather for a familiar mish-mash of sensibilities, complete with one of those snaky little Chainsmokers-y hooks. Truth be told, the song's pretty easy to forget (ask again after radio stations have spun it a few hundred million times), but at least the video tells a Memento-style story in which Rexha murders The Chainsmokers, stuffs them into a car and flees police. Summer, y'all!