Accessibility links
Opinion: German Tabloid Prints Cutout Kippah — And Solidarity A German official said that because of a recent rise in attacks, he couldn't recommend Jews wear the skullcap "at every time and place." So daily newspaper Bild created a do-it-yourself paper kippah. 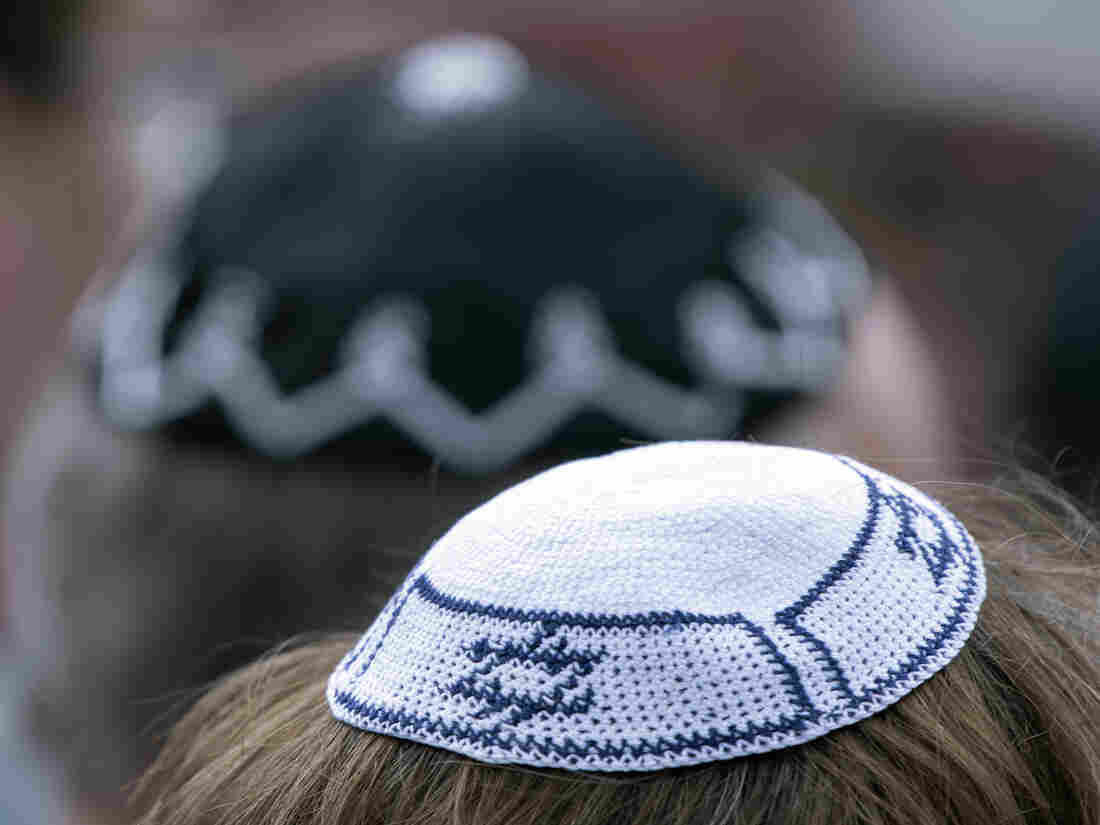 People of different faiths wear the Jewish kippah during a demonstration against anti-Semitism in Germany in April. Jens Meyer/AP hide caption 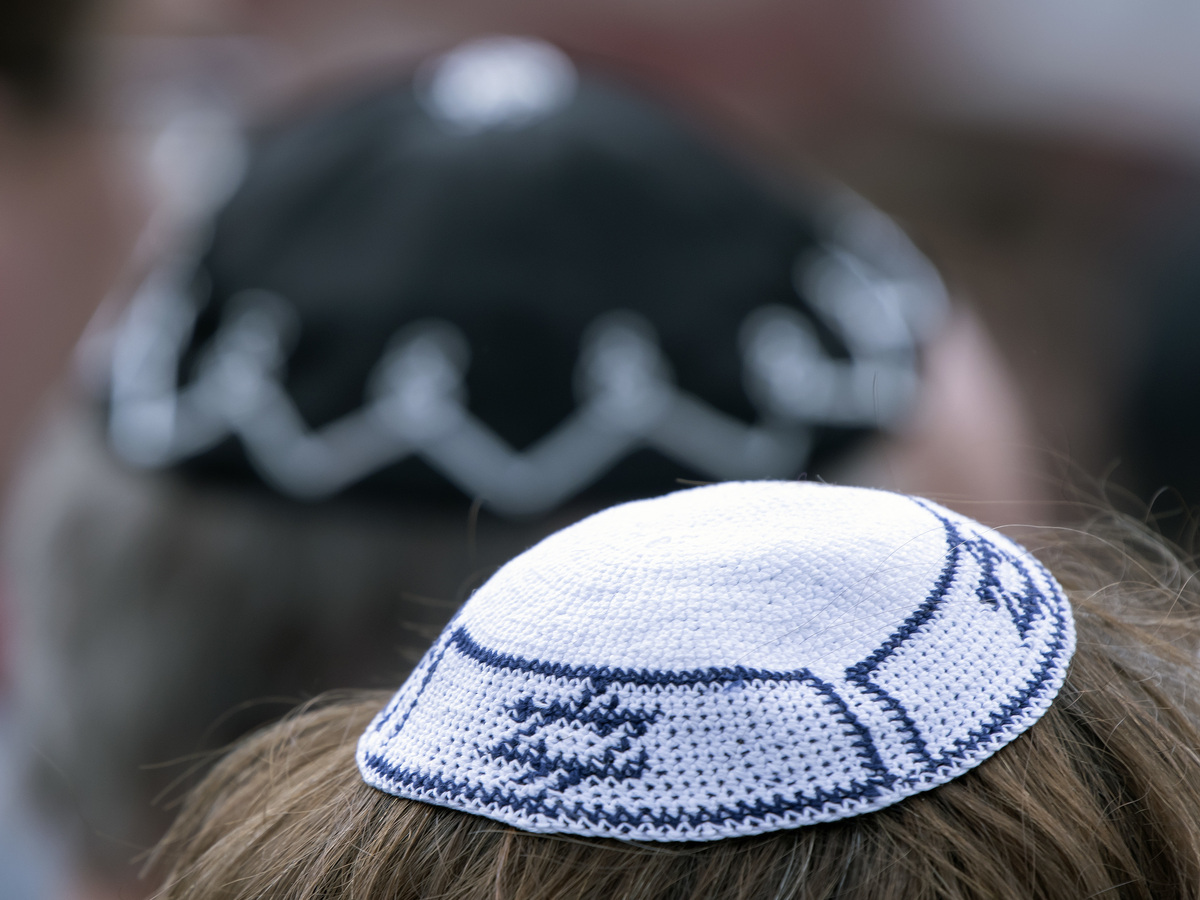 People of different faiths wear the Jewish kippah during a demonstration against anti-Semitism in Germany in April.

Bild is a tabloid, a German daily newspaper best-known for blaring headlines, fleshy photos and breathless coverage of gossip and scandals.

But this week, the newspaper ran a kippah on its front page: a Jewish skullcap that signifies reverence for God above. It's blue and white, with Stars of David. Readers could cut out the kippah and wear it.

"Wear it, so that your friends and neighbors can see it," wrote Julian Reichelt, the paper's editor-in-chief. "Explain to your children what the kippah is. ... Post a photograph with the kippah on Facebook, Instagram, Twitter. Go out onto the streets with it."

The newspaper printed the cutout kippah after Felix Klein, the German government's special representative for anti-Semitism, told a German newspaper group that because of the increase in attacks against Jews, "I can no longer recommend Jews wear a kippah at every time and place in Germany."

The government minister said later he only meant to bring attention to the problem. But Julian Röpcke, a Bild columnist, wrote, "If even only one person here can't safely wear a kippah, then the answer can only be, 'We're all going to wear a kippah.' "

Anti-Semitic hate crimes are on the rise in Germany, almost 20% higher last year. About 200,000 Jews now live in Germany, 74 years after the defeat of the Nazi regime that tried to extinguish — there is no decorous way to put this — every single Jewish person in Germany and on the European continent.

The way in which so many Germans have tried to face up to and atone for their country's historic crimes is an important part of what makes Germany respected in the world today.

But as Simon Schama, the historian and author of The Story of The Jews, told us from London this week, "Once the condition of tolerating Jews was visibility — yellow badges and red hats — the better to mark them out for abuse and discrimination. Now the condition is for invisibility; the message is the same: Sorry but you know how it is, Jews can't choose how they appear in public; it's for their own good."

This is why it was heartening this week to see Germany's most popular and flashy newspaper make a bold splash on its front page with a kippah. They encouraged people to don the skullcap as a symbol of faith in a society where people won't be terrorized by bigotry and fear.