Accessibility links
Cruise Ship Crashes In Venice, Italy It lost control after engine failure and slammed into a tourist boat and dock. The crash adds to growing criticism of cruise ships in the historic Italian city, risking harm to its infrastructure. 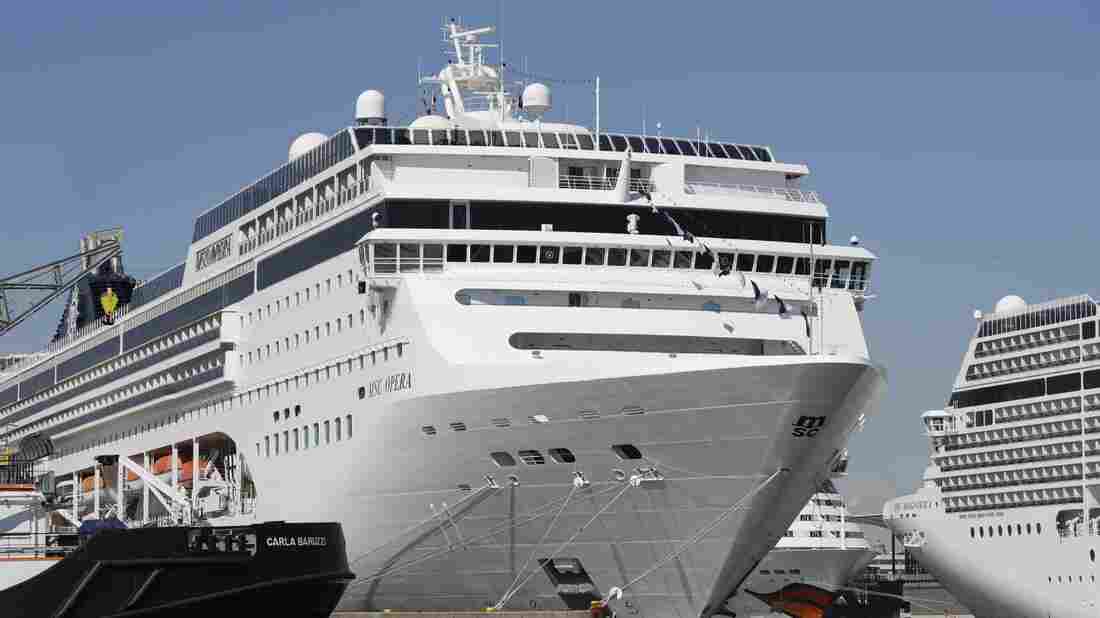 The MSC Opera cruise ship rammed into a dock and a tourist riverboat on a busy canal in Venice, Italy. An investigation is underway into the cause of the crash. Luca Bruno/AP hide caption 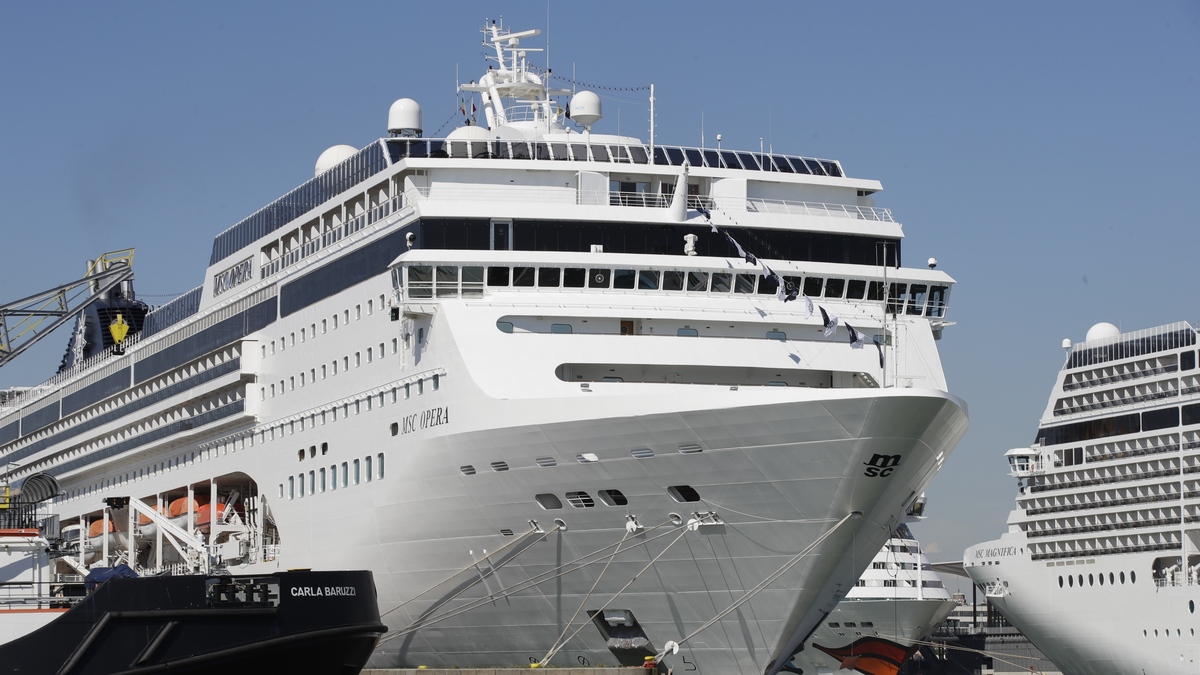 The MSC Opera cruise ship rammed into a dock and a tourist riverboat on a busy canal in Venice, Italy. An investigation is underway into the cause of the crash.

A cruise ship crashed into a tourist boat and then into a dock in Venice, Italy, on Sunday after an engine failure.

Video posted to social media showed passengers escaping from the tourist boat and running down the dock as the cruise ship rapidly approached.

Video posted to social media showed tourists fleeing a cruise ship as it crashed into a tourist boat and dock in Venice, Italy.

The 13-deck MSC Opera rammed into the dock with its horns blaring, injuring five tourists, according to The Associated Press. Two tugboats tried to guide the cruise ship but were unable to prevent it from crashing.

"Earlier this morning, at around 8:30 a.m. CET, MSC Opera — while maneuvering toward Venice's VTP cruise terminals for mooring — experienced a technical issue. Albeit the ship was accompanied by two tugs, she grazed the dock at San Basilio. This also caused a collision with a river boat that was moored there.

"The investigations to understand the exact causes of the events are currently in progress. Regarding these, the company is working closely with the local maritime and other authorities.

"The ship has in the meantime received authorization to move to be moored at the Marittima terminal, as planned. She is now moored there and has begun passenger operations."

"When we saw the ship bearing down on us, everyone began shouting and running," said a sailor who was on the tourist boat, according to AFP. "I didn't know what to do. I got away quickly, jumping to get on shore."

"The MSC ship had an engine failure, which was immediately reported by the captain," said Davide Calderan, the head of one of the tugboats accompanying the cruise ship, according to AFP and Italian media.

"The engine was blocked, but with its thrust on, because the speed was increasing," he continued.

The MSC Opera can carry more than 2,675 passengers, and according to its sailing schedule, the ship left Venice on May 26 and traveled to Kotor, Montenegro, and to Mykonos, Santorini and Corfu in Greece before returning on Sunday to Venice.

Sunday's collision adds to growing criticism of cruise ships in Venice, where the large vessels crowd waterways, block views and create waves that risk damage to the city's buildings and infrastructure.

"What happened in the port of Venice is confirmation of what we have been saying for some time," Italy's environment minister Sergio Costa tweeted. "Cruise ships must not sail down the Giudecca. We have been working on moving them for months now ... and are nearing a solution."

"It is truly curious that a country that tries to stop ships that have saved people at sea from entering its ports allows giant steel monsters to risk carnage in Venice," he said.