Accessibility links
Space Is About To Get Much More Crowded, Which Could Ruin The View The billionaire wants to deploy thousands of satellites in order to provide global Internet, but astronomers say they could create unsightly glare. 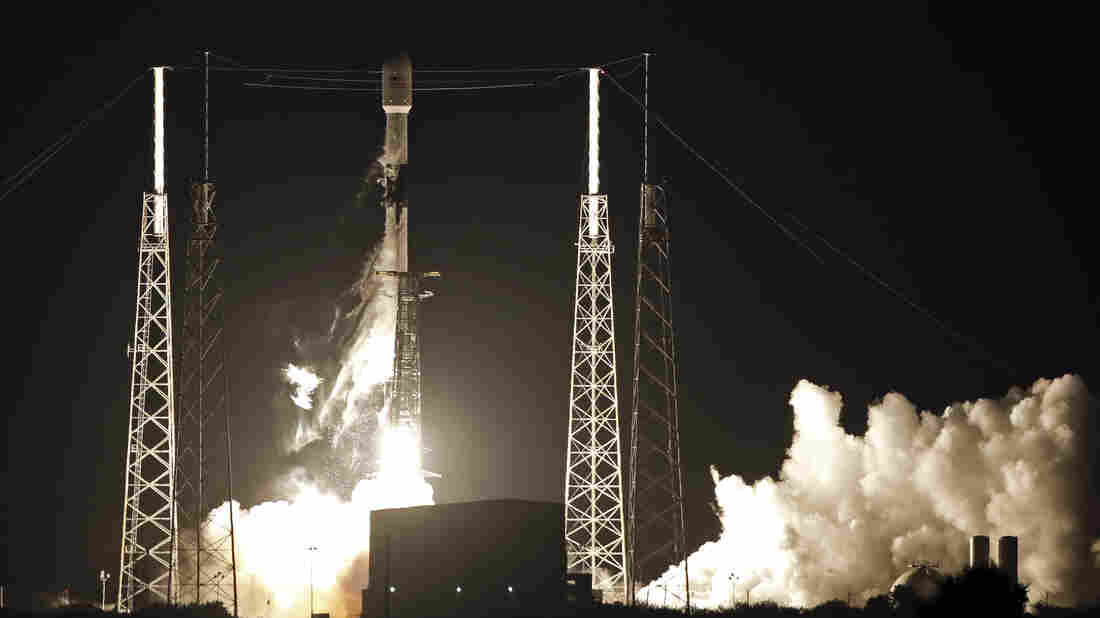 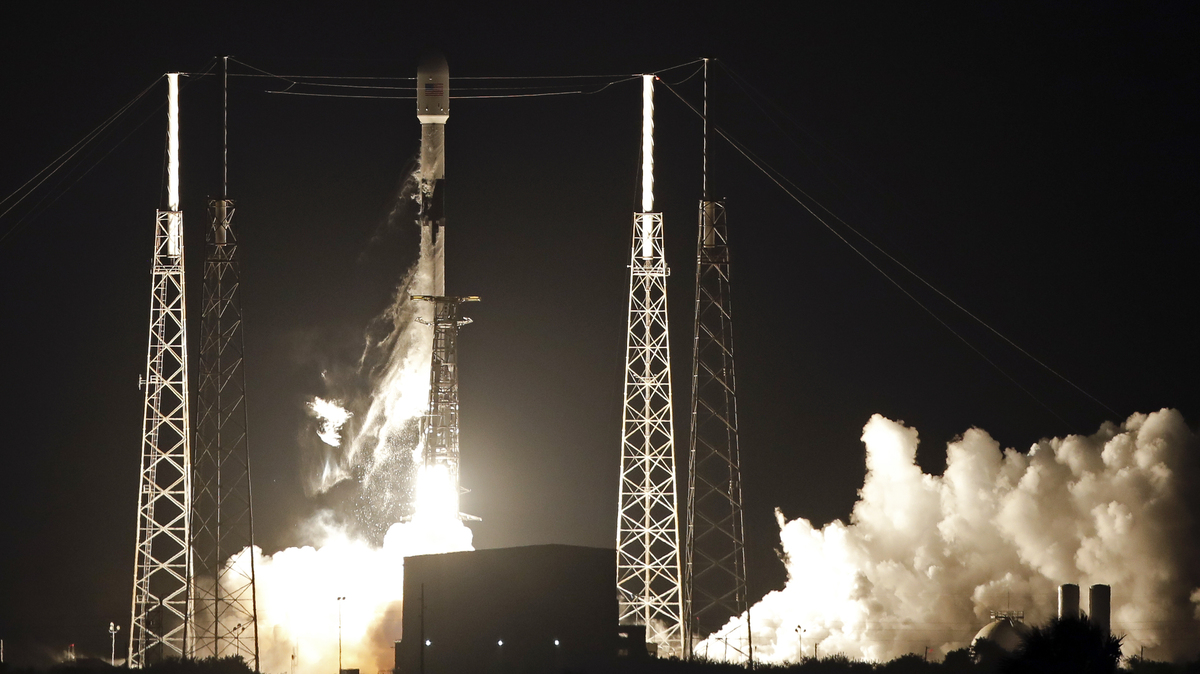 Victoria Girgis was leading a public outreach session at the Lowell Observatory in Flagstaff, Ariz., when one of her guests noticed a string of lights moving high overhead.

"Occasionally, you'll see satellites, and they look kind of like shooting stars moving through the sky," Girgis says. "But this was a whole line of them all moving together."

The guest hadn't spotted a UFO invasion. Rather, it was the first installment of billionaire Elon Musk's vision for the future: a constellation of satellites known as Starlink that's meant to provide Internet to the entire planet.

On May 23, Musk's company SpaceX launched a rocket that carried 60 Starlink satellites into orbit. The 500-pound satellites fanned out like a deck of cards. From the ground, they looked like a glittering string whizzing across the arc of the sky.

SpaceX Starlink objects train 24 May 2019 from Marco Langbroek on Vimeo.

The crowd watched as the satellites moved in front of the small telescope Girgis had trained on some distant galaxies. The bright satellites created over two dozen streaks across an image she was taking.

The picture was useless.

In the days after the launch, similar images and videos began to pop up on social media. "All of those videos and pictures delighted the public," says Jessie Christiansen, an astronomer at Caltech. "But it horrified the astronomy community." 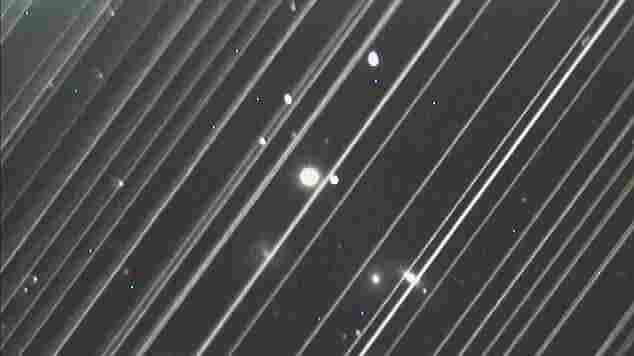 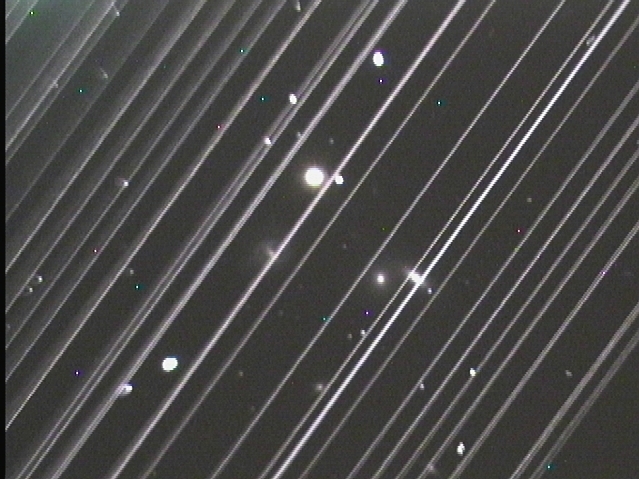 The Starlink satellites streak across a photo of distant galaxies taken by the Lowell Observatory.

Professional astronomers are trying to take lots of pictures of really faint things far out in space. While they've had to contend with satellites in the past, Starlink is something different entirely, says Jonathan McDowell, an astronomer with the Center for Astrophysics at Harvard and the Smithsonian. The constellation will be made up of as many as 12,000 satellites. That's "potentially as many visible satellites moving around on a dark night as there are stars visible," McDowell says.

Like many of SpaceX's plans, the Starlink program is on an aggressive path. By the end of the year, Musk says, there could be hundreds of satellites in orbit.

"We should have been having these discussions 10 years ago," McDowell says. "This problem sort of snuck up on us much faster than we expected."

SpaceX is not the only company looking at developing a global constellation. Other companies, including Amazon, are planning similar constellations. Space is about to get much more crowded, and there's not a lot that astronomers can do about it. Although space companies are regulated by national governments, and the U.N. does have a treaty on the peaceful use of space, there's no obvious forum for this kind of issue.

"Space is still a little bit of the Wild West," Christiansen says. "We're still trying to figure out who owns it and who gets to make the rules."

SpaceX says it expects the satellites to grow dimmer as they reach their final orbits, and it's looking into other ways to minimize the glare problem. The National Radio Astronomy Observatory says it has been working with SpaceX to minimize the impact. The International Astronomical Union, meanwhile, has encouraged national regulators to take the astronomical community's concerns into account.

McDowell says he's encouraged by the company's response. "I think there's room without regulation for a cooperative effort between the astronomy community and the Space X and other operators of mega constellations," he says.

But he says he also hopes the launch will trigger a broader conversation: "As a planet, we need at the global-governance level to have this discussion of how we manage the night sky as a resource."