Accessibility links
Mexican Government Privately Warns Trump Administration Of Countertariffs President Trump has threatened tariffs as punishment for migration flows. Behind the scenes of public negotiations, sources familiar with the talks say that Mexican officials are prepared to respond. 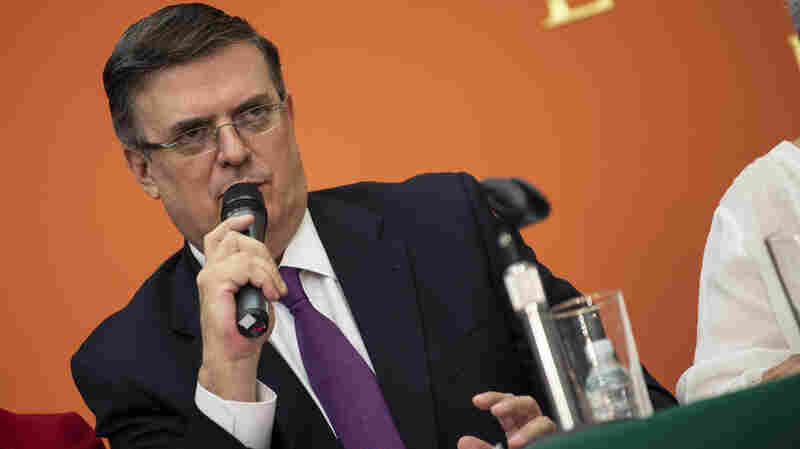 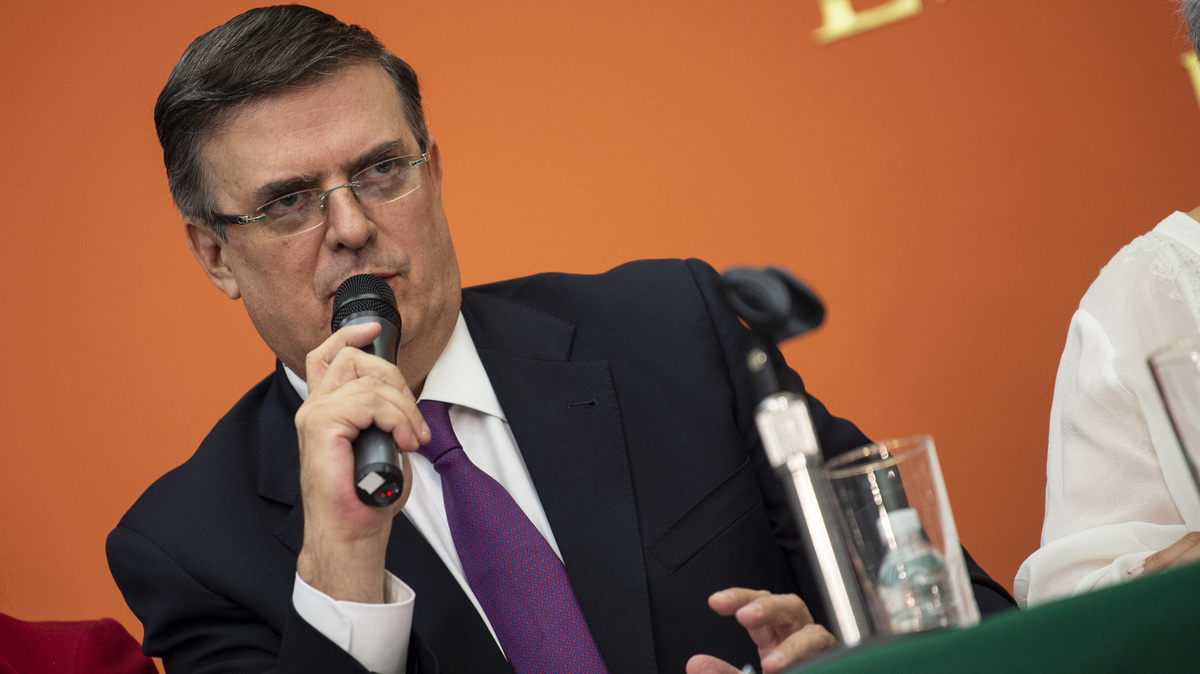 The Mexican government has employed a tone of friendship that's averse to conflict, but Mexican officials behind the scenes are warning the Trump administration that they're prepared to announce targeted countertariffs if the United States carries out threats of new tariffs on Mexican imports.

Mexican Foreign Secretary Marcelo Ebrard met with State Department officials in Washington over the past 48 hours in an effort to find a solution to a tariff fight, which he later described as "counterproductive" and that would not decrease immigration.

Publicly, officials are saying they do not want to disrupt crucial supply chains, but those familiar with the talks say they are privately looking at imports that have political significance and are sent directly to Mexico for consumption.

The behind-the-scenes talks are part of a more public push led by Ebrard and other top Mexican officials who are warning their counterparts of disastrous consequences if President Trump carries out threats to impose 5% tariffs on June 10 as punishment for not curbing migration flows, according to two sources familiar with the talks.

As The Line Into America Slows, Communities Form, And Wait, On The Mexican Side

"They're going to have to delicately balance inflaming tensions even further, as this could be horrific for both countries, but particularly the Mexican economy," said a former White House official familiar with the conversations. "But you can't just roll over and play dead if you're verbally attacked like this by a foreign government's president. That doesn't play well, domestically."

On Monday, Mexican officials said Márquez was expected to meet with Commerce Secretary Wilbur Ross, and Villalobos met with Agriculture Secretary Sonny Perdue. There were also meetings planned with acting head of the Department of Homeland Security Kevin McAleenan and U.S. Trade Representative Robert Lighthizer. Ebrard is expected to meet with Secretary of State Mike Pompeo on Wednesday.

Some Republicans in key states that rely on a trade relationship with Mexico are warning Trump that he risks hurting U.S. interests.

"It's important to remember that any actions that we take to secure our Southern border must also keep in mind the important role that Mexico plays in the economy of the United States," said Sen. John Cornyn, R-Texas. "My state enjoys a strong relationship economically with Mexico because of that 1,200-mile common border."

The Mexican team argues the best way to combat immigration is to invest in Central America, but the Trump administration wants Mexico to take stronger steps along its southern border, dismantle human smuggling chains and improve coordination on asylum.

The relationship between the United States and Mexico goes well beyond immigration.

Mexico is the U.S.'s third-largest trading partner. The two countries collaborate on everything from drug trafficking to human trafficking. The United States has invested more than $2 billion through the Mérida security initiative, and the Mexican government, after decades of hostility, is now allowing U.S. investment in its oil industry.

During a news conference Monday, Márquez expressed confidence in finding a diplomatic solution but said officials are evaluating the proper response if Trump carries out the tariffs.

"I cannot say that we're are going to do the same [tariffs], because we have to make a strategic plan to take into account aspects of the commercial relationship," Márquez said in Spanish. "We do not want to use tariffs to damage supply chains, job creation or investment."

But Jorge Guajardo, a former Mexican ambassador to China, said what Mexico can do that China did not is implement more strategic countermeasures as opposed to blanket tariffs.

As an example, he said Mexico could consider targeting Kentucky bourbon because of its political importance and ties to Senate Majority Leader Mitch McConnell, R-Ky. It is also shipped to Mexico for consumption but is not part of a supply chain like production of various auto parts that make several trips back and forth over the border as a car is built.

"Very simply," Guajardo said, "Sen. Lindsey Graham [R-S.C.] said he supported President Trump's tariffs. You can be first certain that Mexico is thinking [about what] South Carolina [is] exporting to Mexico. And that will be targeted as long as it's not in a supply chain."