Accessibility links
It's Disco's 50th Birthday This Year... Maybe, But Probably Not, And That's Fine A writer thinks he's found disco's progenitor, but none of the experts agree with him, or each other — and the end result is beside the point. 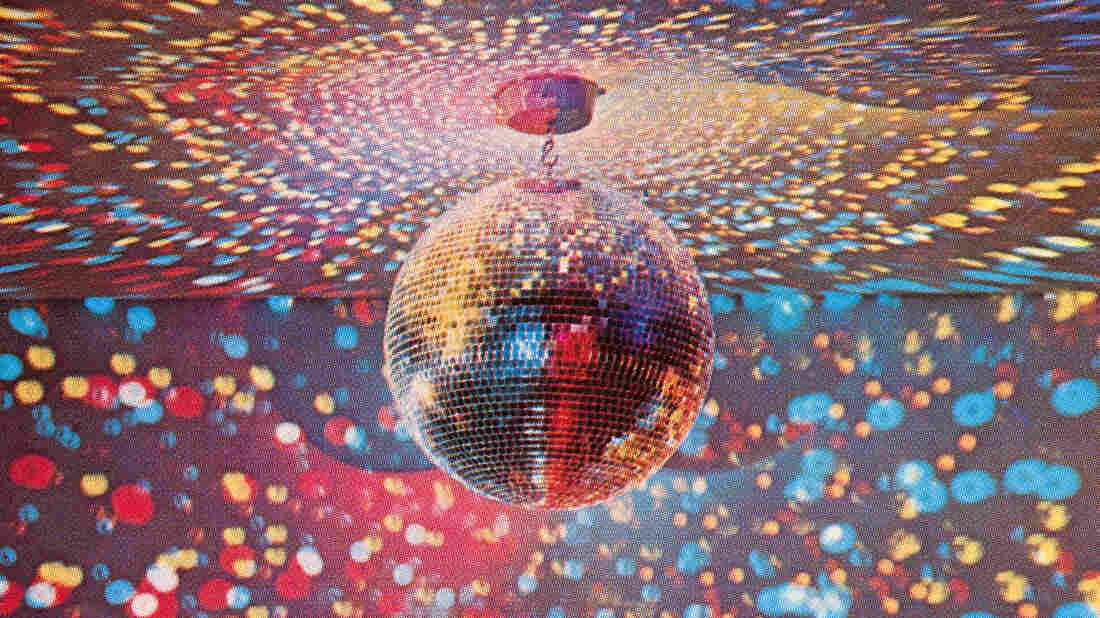 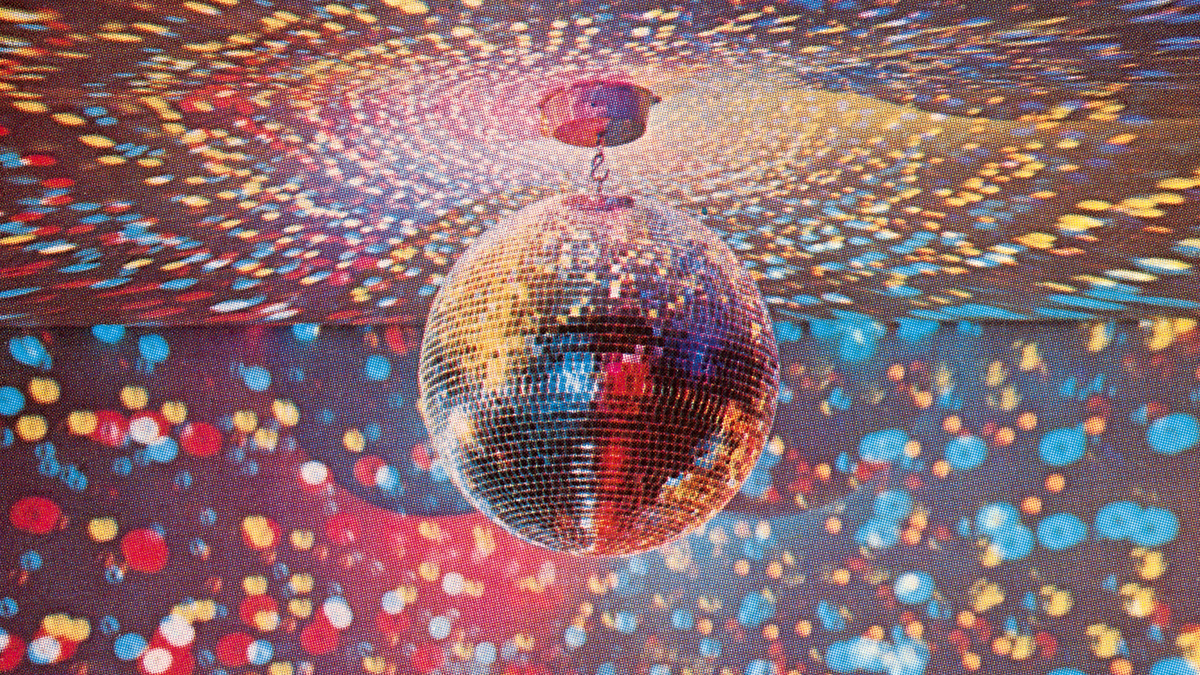 When, exactly, was disco born? Was it when Billboard magazine began tabulating a chart devoted specifically to dance music in 1974? Or is that the tail wagging the dog, since armies of club DJs had been playing dance-conducive rock and pop music in discotheques since the '60s? And to put a finer point on it, what was actually the first disco song? We know all the big artists and hits of the original disco era, from The Bee Gees' "Stayin' Alive" to Donna Summer's "Hot Stuff." But where did that sound come from: those sweeping strings, the lush funkiness, the hi-hat-heavy beat?

In 1969, a forgotten Chicago soul band called The Radiants released a song titled "Choo Choo," a superbly danceable soul song with a funky, atmospheric guitar riff; a minimal, instrumental breakdown; and a funky, shuffling beat. Everything about "Choo Choo" screamed "disco," except for the fact that the production had a '60s rawness rather than the disco polish of the '70s. As it turns out, it was written and produced by Bobby Miller, who eventually wound up at Motown, working with former Temptations singer Eddie Kendricks on the latter's shimmering, proto-disco song "Date With The Rain" from 1972. And the Chess session drummer who played on "Choo Choo" was none other than Maurice White, the future leader of the iconic disco band Earth, Wind & Fire. Here, I thought, after finding The Radiants' single while searching through my record collection for an answer, was a promising candidate for disco's patient zero.

If only it were that clear-cut. In Vince Aletti's The Disco Files 1973-78, the author points out that the first records played by disco DJs in dance clubs in the early '70s weren't what we could consider disco at all — songs such as The Temptations' 1972 hit "Papa Was a Rolling Stone." Peter Shapiro, in his book Turn the Beat Around, points out that Led Zeppelin was a staple in early-'70s disco venues like David Mancuso's The Loft in New York, a startling fact corroborated by Tim Lawrence in his history of American dance culture, Love Saves the Day.

The book Last Night a DJ Saved My Life, by Bill Brewster and Frank Broughton, notes how Santana records — with their heavy Latin syncopation — were often spun in nightclubs at the dawn of disco. And in her book Hot Stuff, disco scholar Alice Echols says that before the word "disco" came into wide usage as a name for the musical genre around 1974, the much broader terms "party music" and "discotheque rock" were being spoken.

Still, part of me wanted to find disco's Big Bang. So I asked a few of the authors of the books I was researching what they thought the first disco song might be. Naturally, I put forward my theory that "Choo Choo" by The Radiants might be the culprit. Said Echols in reply, "The first disco record? What a daunting task! I think 'Choo Choo' would have some competition. The Temptations' 'Cloud Nine' has more prominent cymbal work, including a tense, sizzling hi-hat intro, and it does sport a more conventional disco beat, at least briefly towards the song's end. Of course, neither song sounds very much like 'disco.' I suppose I am more interested in understanding disco music's 'unlikely sources and curious syncretisms' than in identifying the first disco track."

Fair enough. Tim Lawrence's response to my question was a similar mix of helpful and discouraging. "Without wishing to sound like a pedant, I'm not sure how useful it is to try to nail down the first [disco] record," he told me. But he was generous enough to suggest a couple of the seminal records that he feels come close to being the seeds of disco. "In Love Saves the Day, I argue that one of the defining features of disco was the four-on-the-floor bass drum, and that this was most obviously pioneered by Earl Young on records such as [Harold Melvin & the Blue Notes' 1973 song] 'The Love I Lost.' That record also contained a number of disco elements. I quite like suggesting that Manu Dibango's 'Soul Makossa' was the first disco or discotheque record, in part because it wasn't obviously a disco record yet nevertheless brought the phenomenon into focus."

"'Soul Makossa' created a storm when David Mancuso started to play it at The Loft," Lawrence went on. "Other DJs started to play it as well. Then dancers went out looking to buy it. The interest resulted in 'Soul Makossa' being the first record to enter the [Billboard] Hot 100 thanks to play by party DJs, because the record entered the charts without receiving any play on US radio. In this sense, 'Soul Makossa' is the first discotheque record, or is the first record that was indelibly associated with the discotheque dance floor and the new array of sounds that, when recurring elements were merged together, would go on to be the foundation of disco."

For his part, Bill Brewster chose "Girl You Need a Change of Mind" — a gorgeous song from Eddie Kendricks' album People... Hold On, the same that features the Bobby Miller-produced "Date With The Rain" — as the ground zero of disco. Brewster said, "Vince Aletti has always claimed that 'Girl You Need a Change of Mind' is the prototype, and I've not heard anything else that contradicts that suggestion. The elements to it are a gospel influence, the way it's arranged [by Frank Wilson], the use of strings, the breakdown and buildup (which is straight out of the church). I've not heard anything prior to that that covers so much of what this songs does in terms of structure and template."

So the experts agree to disagree. The response makes sense, considering disco's hazy past. It was a genre that came together in the musical underground, in gay clubs in the wake of Stonewall, in African-American hotspots at the time of Black Power. It wasn't being documented in real-time on social media like so many of today's emerging genres. And at first, the disco scene wasn't focused on creating songs that could easily fit into a preconceived sound. Rather, early disco DJs prided themselves on their mixes of preexisting songs, which were as ephemeral as the nights they soundtracked.

Disco, as a genre, was spontaneously and collectively created to fill a pressing need on the dancefloors of the early '70s. Sexual and racial liberation were increasing in urgency. Hippie idealism had taken a disillusioned turn. And above all, the Vietnam War continued to weigh greatly on the soul of America. People were desperate for the freedom of disco long before disco, as an identifiable form of music, existed.

This unique origin story makes disco's family tree harder to pin down than other genres. My quest to find the form's first song left me less convinced that the question was even answerable. The Radiants' single may have the right musical ingredients, but since it wasn't a staple of disco DJs and dancefloors, its claim is far less legitimate than songs like, say, "Cloud Nine," which sound far less disco-esque in retrospect.

But maybe the fact that the waters of disco will always be muddy is a good thing. Genres are convenient, for sure, and people would have a hard time dissecting and comparing music without them. But sometimes we confuse the map for the territory. The term "disco," like all genre tags, are simply tools. And imprecise tools at that. Art, after its creation, has its own life, and it can predate, evade, and transcend any fence we try to put around it. In the case of disco, the fun of investigating its origin comes with an inherent futility. Is it even worth asking precisely where disco began? It's a little frustrating, but then again, the praxis of history often is. Luckily, diving into the origins of disco only left me with a deeper appreciation for the form, not to mention an even deeper playlist of great music, regardless of what it's called.

So will disco celebrate its fiftieth anniversary in 2019? Or in 2022, 2023, or some other year entirely? Maybe a better question would be, can we celebrate disco — and all genres of music we love — as living and breathing forms that are as vibrant and vital now as they ever were?

Below is a playlist of both disco standards and examples of proto-disco — listen along, and see if you can hear the birth of a genre.