Accessibility links
Some Trees Contain Methane — Do They Cause Global Warming? Cottonwood trees can harbor microorganisms that have a special (and flammable) characteristic. 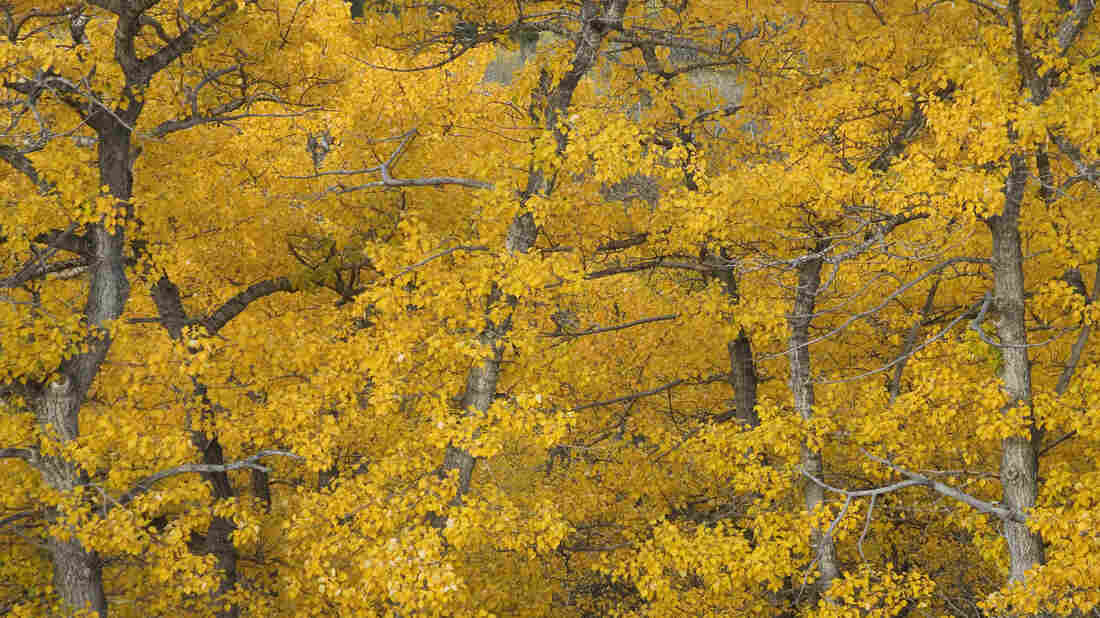 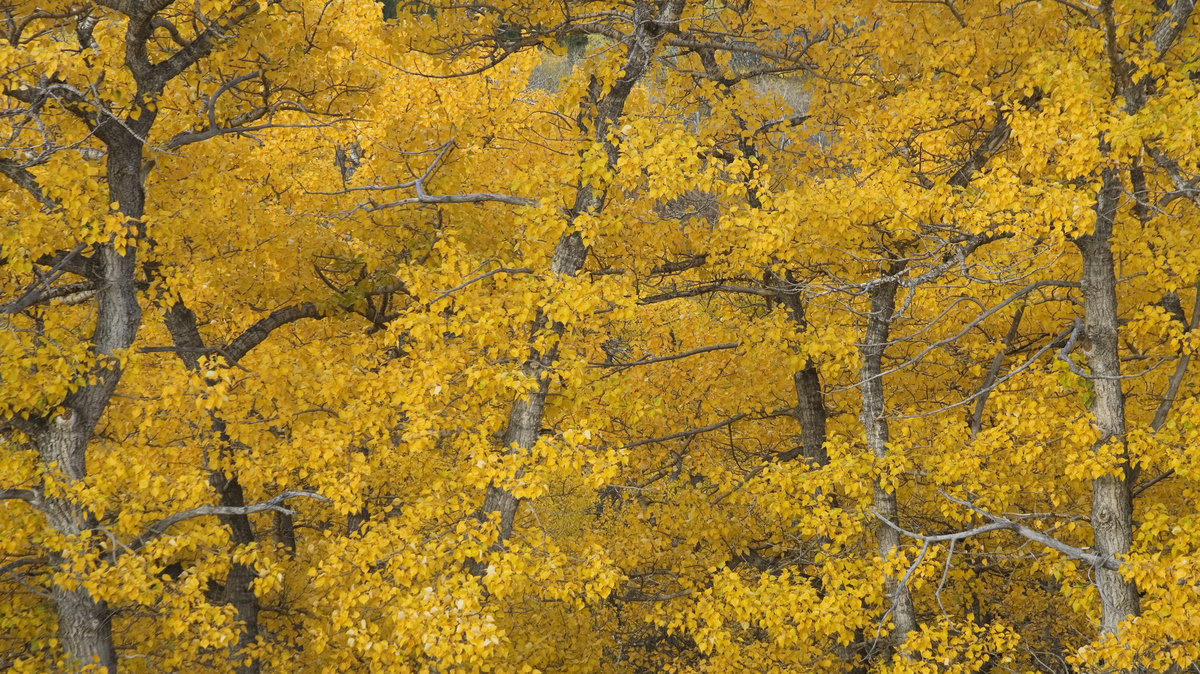 Some cottonwood trees are home to microorganisms that are known methane producers.

A scientist walks up to a cottonwood tree, sticks a hollow tube in the middle and then takes a lighter and flicks it. A jet of flame shoots out from the tube.

It seems like a magician's trick. Turns out, there's methane trapped in certain cottonwood trees. Methane is the gas in natural gas. It's also a powerful greenhouse gas.

So how does it get inside towering trees like the ones on the campus of the Oak Ridge National Laboratory in Tennessee?

"The wood in this particular species naturally has this condition called wetwood, where it's saturated within the trunk of the tree," says the lighter-flicking scientist, Oak Ridge environmental microbiologist Christopher Schadt.

This wetwood makes for a welcoming home for all sorts of microorganisms.

"You can't actually see a lot of the organisms because we can't grow a lot of these organisms," says Melissa Cregger, a staff scientist at Oak Ridge. "So we're able to identify them using their gene sequences."

Some of those organisms turned out to be species of archaea that are known methane producers. So it's not the trees themselves that are making the methane, it's the microbes living in the trees.

Cregger says scientists have known for a while that these organisms existed in forests, but not in the trees.

"We had historically worked below ground," she says, "looking at soil communities, root communities."

Because methane is such a potent greenhouse gas, Cregger says, it's important to see how much of it the trees are actually producing.

This raises the surprising notion that trees could actually be contributing to global warming. Yes, these trees remove carbon dioxide from the atmosphere, but could the methane be making things worse?

But University of Delaware ecologist Rodrigo Vargas says trees are most likely doing more good than harm. "It's not like now trees are the bad actors and now they're emitting methane, and now we're seeing a big source of that," he says.

Vargas says that's because the amount of methane leaking from the trees is small compared with other sources.

He's developing a system to get a better understanding of the gases trees produce. It's automated because doing the measurements manually would be a giant pain.

Once his system is up and running, he's hoping to be able to see whether the amount of methane increases from time to time, for example after a big storm or when the temperature suddenly changes.

"We have the opportunity to see these patterns that no one has seen before," Vargas says.

Perhaps this is one of those cases where it's more important to see the trees than the whole forest.