Accessibility links
Politics, Prosecution: Veteran Lawyer Reid Weingarten On 'Disturbing' Trend Reid Weingarten, a former public corruption prosecutor, was called a conservative toady and a "lefty" the same day in separate cases. But the system resists the will of any individual, he says. 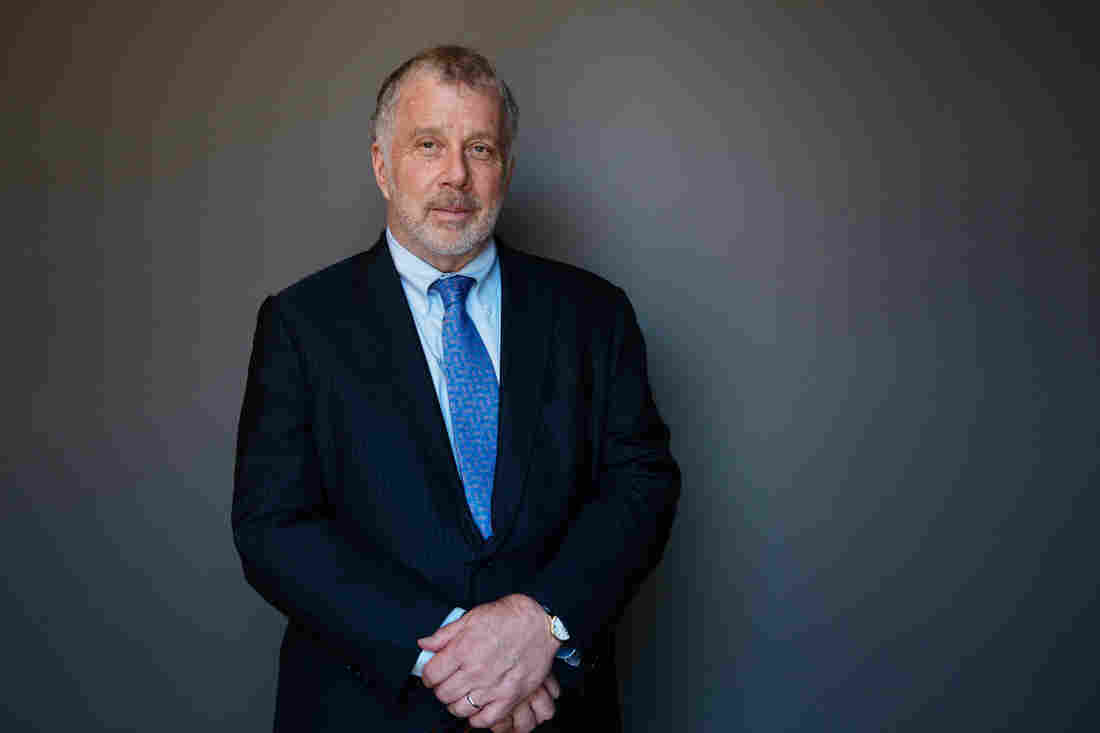 Lawyer Reid Weingarten made his reputation by sending lawmakers to prison and investigating allegations in 1992 that a presidential campaign conspired with a foreign adversary to help its own election prospects. Claire Harbage/NPR hide caption 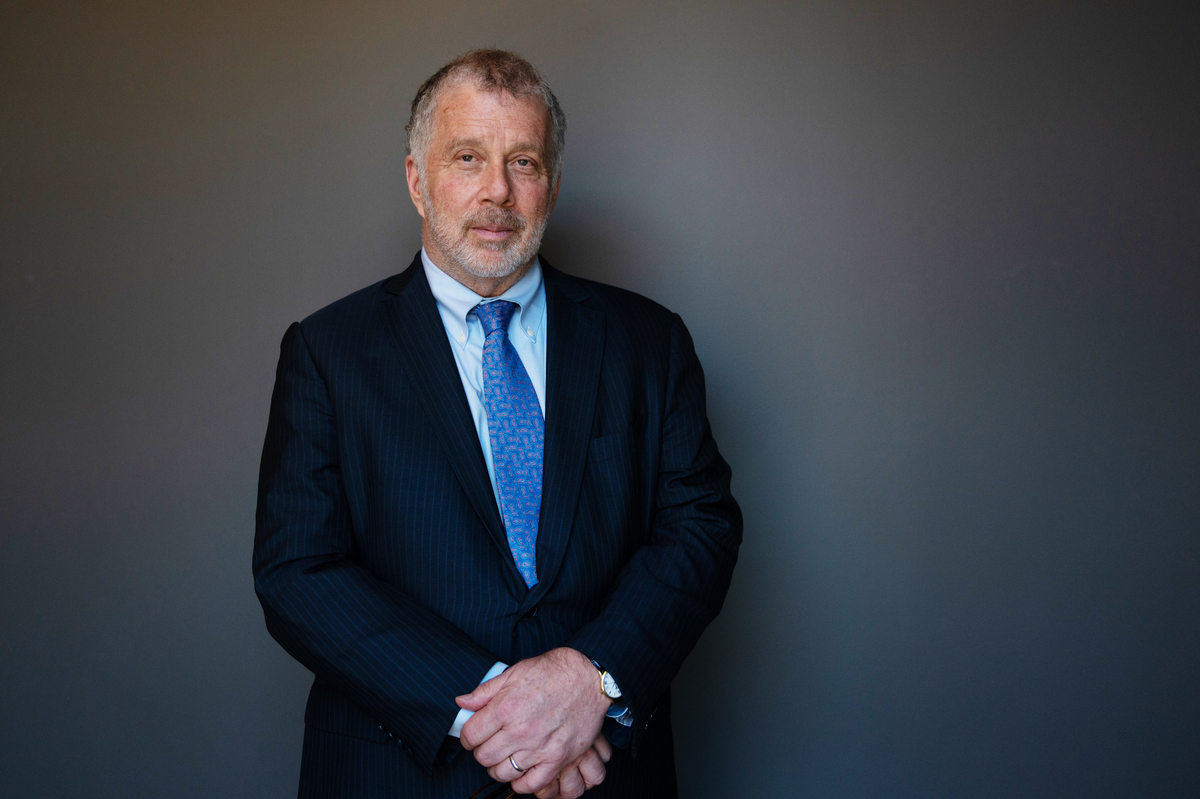 Lawyer Reid Weingarten made his reputation by sending lawmakers to prison and investigating allegations in 1992 that a presidential campaign conspired with a foreign adversary to help its own election prospects.

One day in 1981, public corruption prosecutor Reid Weingarten flipped open his newspapers and found himself caught in an unpleasant squeeze.

Supporters of an African American federal judge suspected of taking part in a bribery scheme told reporters that Weingarten was a Ronald Reagan-loving "racist."

Meanwhile, a combative Republican member of Congress under investigation for violating the Ethics in Government Act took to the press to call him a Jimmy Carter "lefty."

Public officials on the radar of law enforcement routinely level accusations of political bias against the men and women who investigate them. But President Trump and his allies in Congress are taking that approach to a new and even corrosive extreme, Weingarten now says.

"And the very idea that the system is infected by sensitive prosecutive decisions not made on the merits — that that is somehow catching hold in the populace when it's not true. It's profoundly disturbing."

He made his reputation by sending lawmakers to prison and investigating allegations — in 1992! — that a presidential campaign conspired with a foreign adversary to help its own election prospects. Now he defends Cabinet secretaries and governors and gives advice to presidents from both political parties.

"I am very proud to say that I have dealt with, directly, every president since Jimmy Carter, and that includes the present president," Weingarten said.

That also means he has witnessed or employed nearly every tactic under the sun in the sometimes brutal arena in which politics and prosecution collide.

During the ABSCAM sting operation, in the late 1970s and early 1980s, undercover FBI employees posed as Arab sheikhs handing out bribes to American politicos. The Justice Department secured criminal convictions against one senator and a half-dozen House members.

One, a Democrat from South Carolina, was caught on tape saying: "I've got larceny in my blood."

For Weingarten, the key question then was how the FBI and Justice Department decided which members of Congress should be approached.

Reagan, a Republican, controlled the White House. But most of the lawmakers snared in the FBI sting were Democrats. Weingarten prosecuted John Jenrette, the Democratic congressman who gleefully blurted about larceny on an FBI wire.

And Weingarten said he was "absolutely satisfied" that the FBI and the Justice Department made legitimate decisions "all the way to the very top," free from political influence.

The same goes for Iran-Contra, the scandal that engulfed the White Houses run by Reagan and then-President George H.W. Bush.

But Weingarten, who prosecuted a Vietnam War hero for lying to Congress about illegal payments, said he had no "second thoughts."

"I promise you this the decision to prosecute Richard Secord was not political," he said.

Iran-Contra ended with a series of presidential pardons, supported by an attorney general named William Barr. Now, Barr once again occupies a magisterial office on the fifth floor of the Justice Department as only the second person in history to serve as the nation's top law enforcement official two different times.

And Weingarten, who famously attacked special prosecutors in the Clinton era for "nutty" and "wildly misguided" investigations into his clients — the Democratic secretaries of agriculture and commerce — is speaking out to defend the team led by former special counsel Robert Mueller. 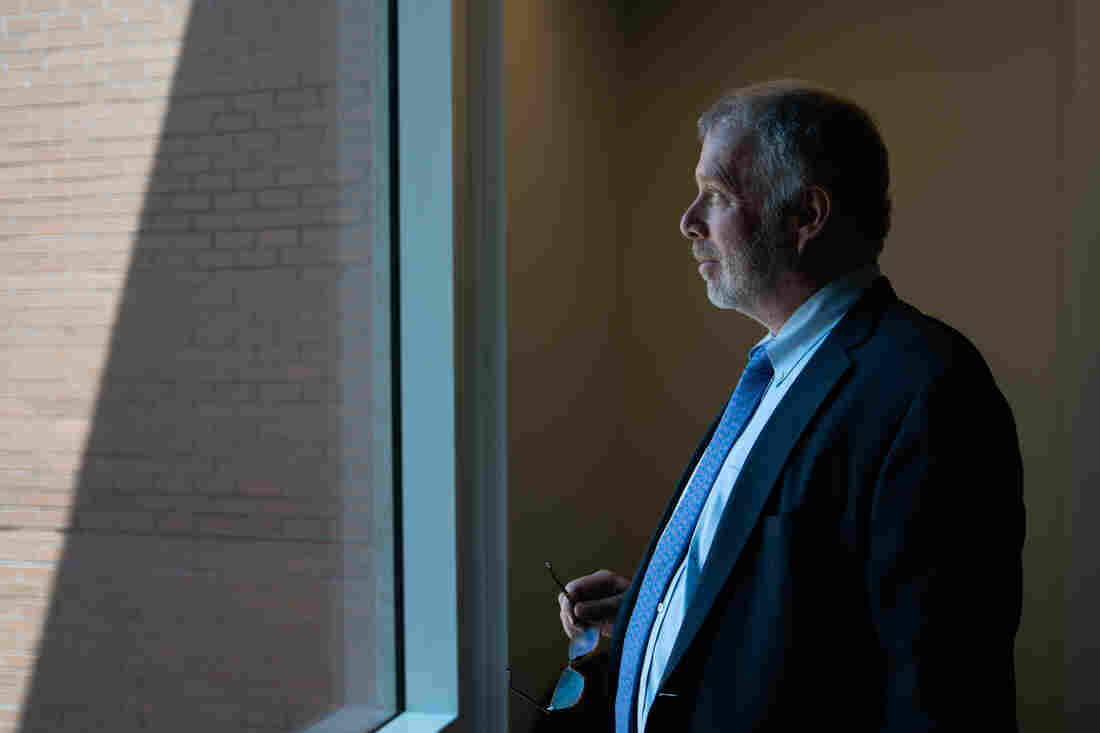 "I am very proud to say that I have dealt with, directly, every president since Jimmy Carter, and that includes the present president," Weingarten said. Claire Harbage/NPR hide caption 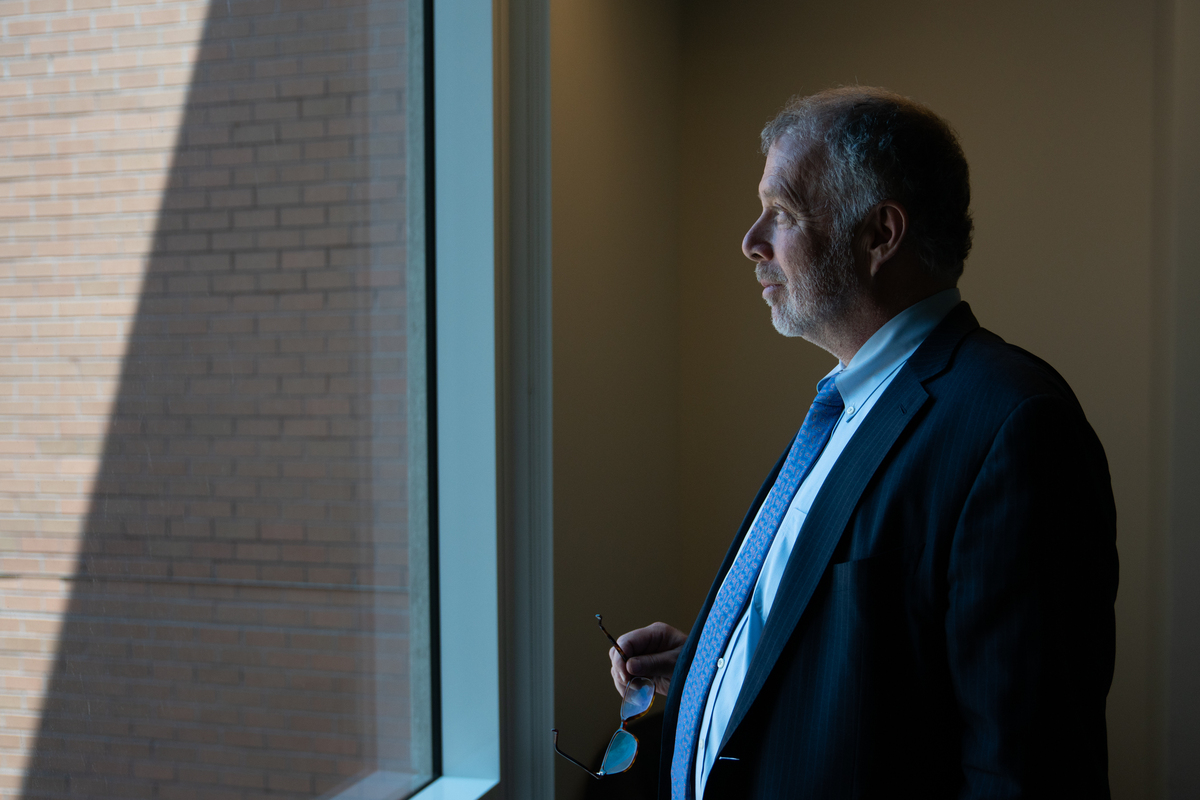 "I am very proud to say that I have dealt with, directly, every president since Jimmy Carter, and that includes the present president," Weingarten said.

Bias allegations in the Mueller era

When Trump and his allies in Congress call Mueller and his team "19 angry Democrats," Weingarten said, it reflects a profound misunderstanding of the way the Justice Department operates.

"Perhaps on Mueller's team, there were prosecutors who believed Donald Trump was unfit to be president," he said. "And when they went home and took a shower, that's what they thought. When they talked to their children and their mothers and their wives, that's what they said. That's absolutely normal. The issue is — the only issue is — did those feelings infect the investigation?"

That's just how things work, Weingarten said, even though people sometimes get the wrong impression.

For instance, during the tenure of his friend Eric Holder as attorney general in the Obama administration, Weingarten got at least a call a week, usually from someone in the Middle East or Eastern Europe, trying to get him to use his friendship to "fix" their legal problems. That didn't work.

"In my experience, the very idea that a red-blooded federal prosecutor would come to his office and issue subpoenas and make investigative decisions and prosecutive decisions based upon politics — sounds to me absurd," he said.

People caught up in allegations of "bias" in the Russia investigation saga have argued that irrespective of their own opinions, the structure of the process ensures fairness. Checks and safeguards are built in and are stronger than the opinion of any individual person.

One of those is simply the limits of what investigators and prosecutors can do — especially with respect to the president.

Weingarten said that for his part, he's convinced Congress needs to pick up where the 448-page Mueller report ended — by gathering more evidence and public testimony from key witnesses including former White House lawyer Don McGahn and former Trump campaign chairman Paul Manafort, who's now serving time in federal prison for fraud and other offenses.

"Why not conduct a legitimate investigation of everything and why not seek the help of the other side with the understanding that there'll be every opportunity to develop exculpatory evidence?" he asked.

"Why not have a full record? The idea that the Senate is going after everything they can to attack Hillary Clinton and defend Donald Trump — and the House is doing just the opposite — is inconsistent with how the world should work as I see it. And certainly inconsistent with what happened with the 'October surprise' a million years ago."

The "October surprise" has faded from memory now, but a few decades ago it was an allegation that exploded across the political landscape: Had Reagan's campaign colluded with the government of Iran to delay the release of American hostages until after the presidential election?

After bitter partisan debate, Congress appointed Weingarten to get to the bottom of it. Sen. Jesse Helms, a Republican from North Carolina not known for playing nice with Democrats, summoned the new investigator for a meeting.

"He was incredibly gracious and he said, 'I don't believe this happened. I hope it didn't happen. But I want you to go find out if it did happen somewhere somehow,' " Weingarten recalled. "That has to happen now and I think we should forget whether or not there is an impeachment for the moment."

Weingarten spent eight months, fighting limits on his budget, before concluding that there was insufficient evidence to support any conspiracy between the campaign and the Iranians.

A system built to take a strain

Weingarten said he's "reasonably optimistic" about the strength of American institutions despite the stresses on the system. He's been around long enough to learn, for one thing, that people on opposite sides of the political aisle or the courtroom can find unexpected common ground.

That African American judge he prosecuted in the early 1980s won an acquittal in court but was impeached by the U.S. House and removed from office by the Senate. Then, Florida voters elected Rep. Alcee Hastings to a seat in the U.S. House of Representatives — where he still serves today.

Several years after having being bested by Hastings at the courthouse and testifying as a witness in the impeachment proceedings, Weingarten remembered getting a mind-blowing phone call. Hastings asked him to take a job leading another investigation, this time for his congressional subcommittee.

"I said, 'Judge, maybe you shouldn't have your prosecutor in that role. People might talk.' "

"It was pretty funny," he said. "That's a Washington story."