Accessibility links
Huawei Chairman Proposes A 'No-Spy' Deal With United States A top Huawei executive accused the U.S. of inappropriate conduct, while also striking a conciliatory tone — a response that reflected the level of exasperation being felt by the Chinese tech giant. 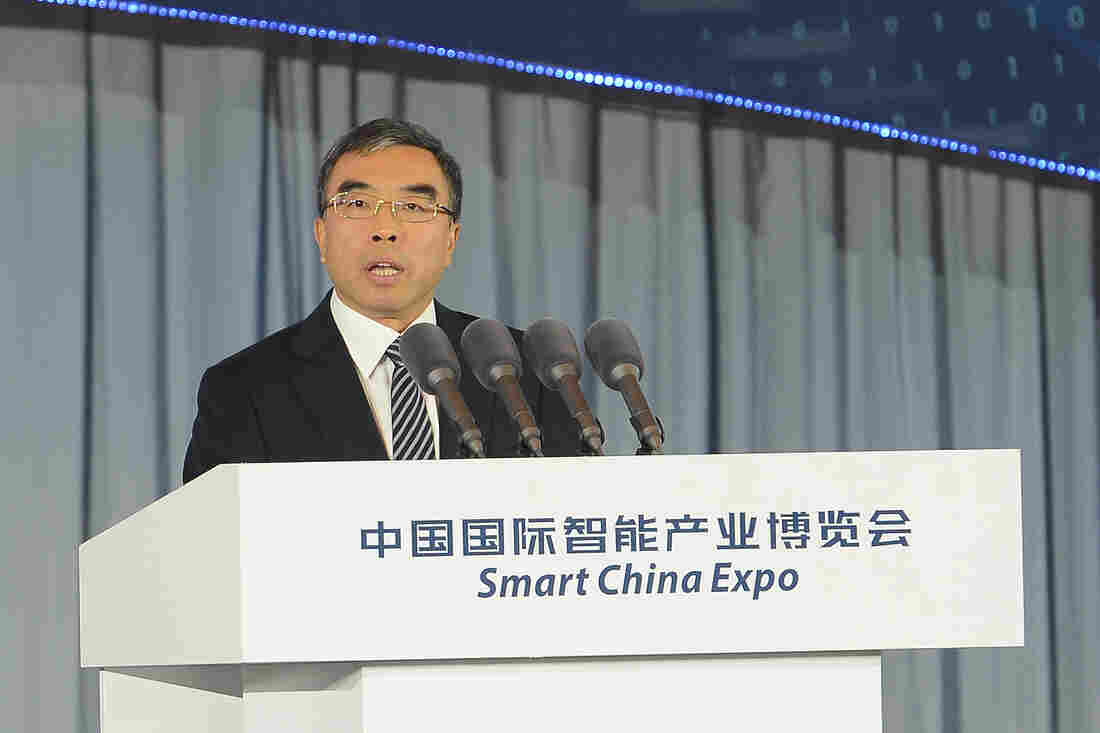 Huawei Chairman Liang Hua, shown in 2018, said Tuesday that Huawei is willing to sign a "no-spy agreement" to reassure U.S. leaders who worry the company's technology could be used for surveillance. VCG via Getty Images hide caption 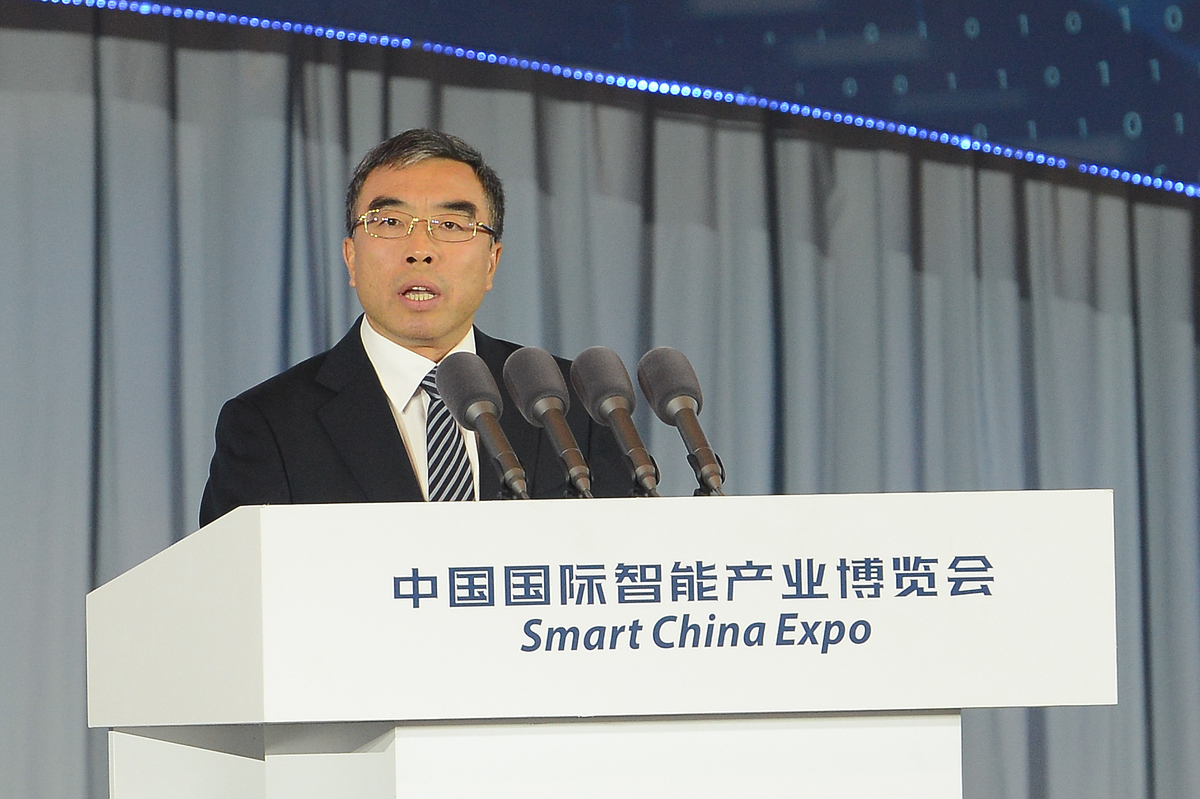 Huawei Chairman Liang Hua, shown in 2018, said Tuesday that Huawei is willing to sign a "no-spy agreement" to reassure U.S. leaders who worry the company's technology could be used for surveillance.

A top Huawei executive said Tuesday that the company is willing to sign a "no-spy agreement" with the United States to reassure U.S. leaders who say the company's technology could be used for surveillance.

The offer is similar to proposals the Chinese tech giant has made to the United Kingdom and Germany, and it comes after weeks of intense pressure from the Trump administration.

"We are willing to sign no-spy agreements with countries," said Huawei Chairman Liang Hua at the company's headquarters in Shenzhen, China, when asked specifically if Huawei would sign a "no-spy" agreement with the U.S. "But since the U.S. has not bought from us, is not buying from us, and might not buy from us in the future, I don't know if there is such an opportunity to sign such an agreement."

Liang made the comments while speaking with a small group of U.S. journalists who were visiting with the China-United States Exchange Foundation.

While it would be the first such public offer of an agreement to the United States, Liang stressed the conditions might not exist for such a deal.

As Google Advances Its Interests, It Serves As Huawei Emissary To U.S.

Liang accused the U.S. of inappropriate conduct, while at the same time struck a conciliatory tone — a response reflecting the level of exasperation currently felt by the Chinese tech giant.

"It is inappropriate to use political means to disrupt an industry," he said.

Huawei is one of China's most successful tech companies and has a global footprint. It's one of the world's largest smartphone makers, behind Samsung but ahead Apple for early 2019. It's also one of the leading telecom providers of mobile wireless 5G networks, the infrastructure necessary for a future of driverless cars, smart cities with smart traffic lights, and smart factories.

But the company is facing a growing backlash from Western countries because of concerns over the security of its products. U.S. leaders have said Huawei's networks and phones could be used by the Chinese government and leave users vulnerable to privacy breaches

This culminated last month with the U.S. Commerce Department adding Huawei to its "Entity List," which bars American businesses from selling technology to Huawei without government approval. The Trump administration has delayed the ban from taking full effect until later this summer.

The United States is also pressuring other countries to ban Huawei on security concerns. Secretary of State Mike Pompeo warned Switzerland and the Netherlands on Monday about working with Chinese technology. And President Trump was expected to discuss Huawei during his visit with Prime Minister Theresa May on Tuesday.

In the meantime, Huawei has resorted to a blitz of media interviews to share the company's view that it's being unfairly used as a pawn in the high-stakes U.S.-China trade talks. Huawei is also aggressively fighting the United States. Last week, the company filed a legal motion in a U.S. court to declare the Trump administration's efforts to ban its equipment as unconstitutional.

Huawei has become the most visible target of the U.S. government in the clash over trade with China. Last year, tensions reached a fevered pitch after the U.S issued an arrest warrant for Huawei Chief Financial Officer Meng Wanzhou, on charges related to breaching American sanctions against Iran, among other allegations. Meng, the daughter of Huawei founder and CEO Ren Zhengfei, is under house arrest in Canada and fighting extradition to the United States.

The ban on U.S. tech companies doing business with Huawei is expected to drastically curtail demand for Huawei phones in the future. Most Huawei phones run on Google's Android operating systems.

Huawei has a backup plan to move forward with its own version of computer chips and operating systems to decrease its reliance on on U.S. tech companies, said economics professor David Daokui Li from Tsinghua University.

Huawei's Liang also said that in the long term, the company will develop its own operating system similar to Android. But that will take some time.

While there is no doubt that the U.S. government's ban, if imposed, will hurt Huawei in the short term, some experts in China say it might strengthen the company's hand over the long term.

"What President Trump is doing is waking the sleeping capacity of Huawei," Li said.