Accessibility links
Lead Prosecutor In Navy SEAL Case Is Removed For Potential Conflict Of Interest Defense lawyers for decorated Special Operations Chief Edward Gallagher accused prosecutors of spying on their emails. The judge ruled the lead prosecutor had a potential conflict of interest. 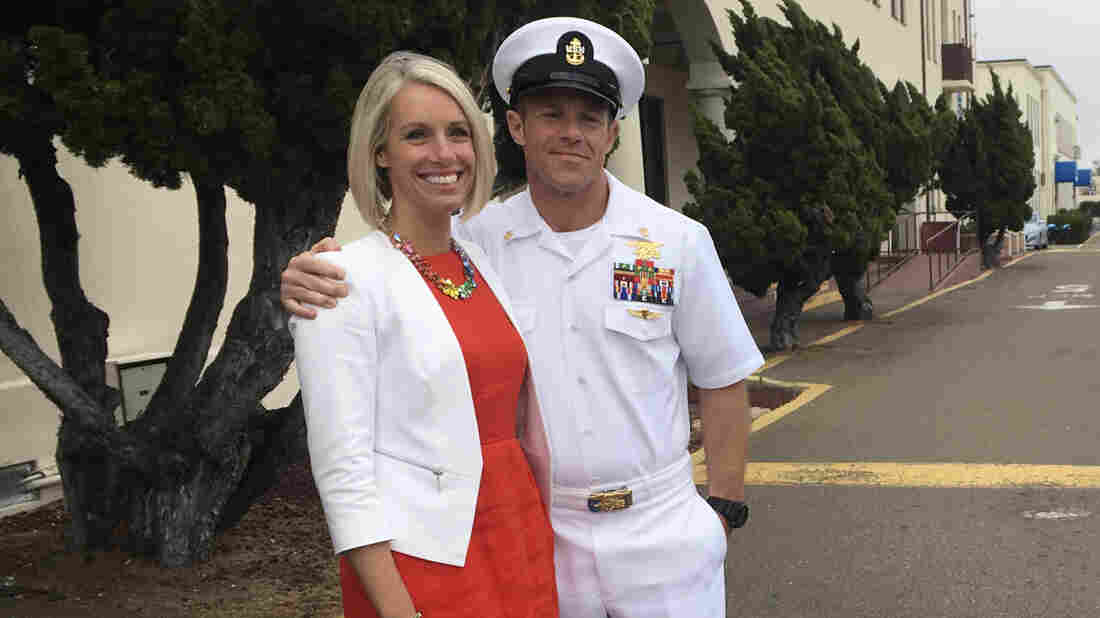 Navy Special Operations Chief Edward Gallagher leaves a military courtroom on Naval Base San Diego with his wife, Andrea Gallagher, on May 30. Accused of war crimes, he was released from custody after a military judge cited interference by prosecutors. Julie Watson/AP hide caption 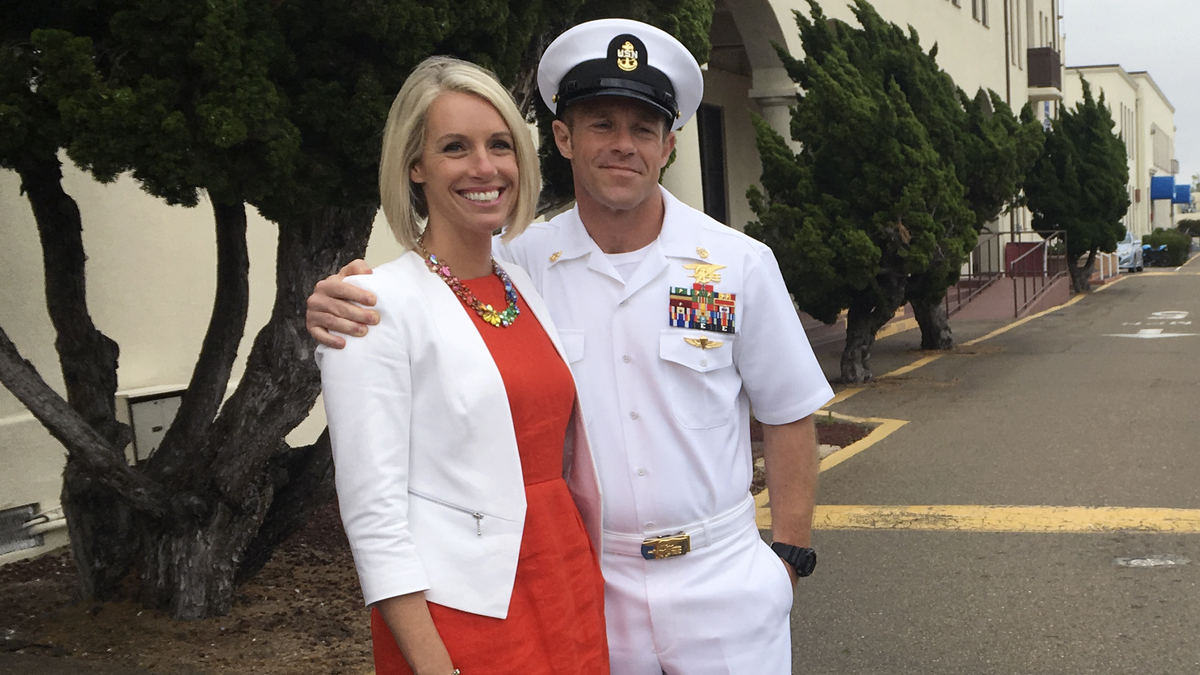 Navy Special Operations Chief Edward Gallagher leaves a military courtroom on Naval Base San Diego with his wife, Andrea Gallagher, on May 30. Accused of war crimes, he was released from custody after a military judge cited interference by prosecutors.

A military judge has removed the lead prosecutor in the high-profile case of a decorated Navy SEAL accused of war crimes in Iraq.

The rare ruling comes a week before the trial is scheduled to begin and after President Trump said he is considering pardons for members of the military who are charged with war crimes.

Lawyers defending Special Operations Chief Edward Gallagher accused prosecutors of spying. They uncovered a digital tracking device that was sent in an email to defense attorneys and a journalist covering the case.

The lead prosecutor, Navy Cmdr. Christopher Czaplak, admitted in court to emailing the hidden software. He said the code simply tracked the location and time of messages as recipients opened their emails.

It was embedded beneath his e-signature, in the logo of a U.S. flag and a bald eagle "perched on the scales of justice," according to Navy Times.

Prosecutors said they were trying to uncover the source of leaked court documents, which persisted despite a gag order. They enlisted the Naval Criminal Investigative Service to look into the leaks.

But the judge, Navy Capt. Aaron Rugh, said he had not been made aware of the prosecutor's plan to use trackers on the defense's emails, KPBS's Steve Walsh reports. The judge ordered Czaplak to step away from the case on Monday because of a potential conflict of interest.

Rugh said in a motion that he could not conclude whether the prosecutor had violated rules, but that "the danger of investigation is sufficiently real," according to Navy Times.

Phillip Stackhouse, a military defense attorney who formerly represented Gallagher, told NPR that his team had complained repeatedly to the judge about leaks. "Most of the leaks were not favorable to the defense," Stackhouse said.

"It appears that [prosecutors] independently began investigating the defense, which is horribly inappropriate," he added.

Navy spokesman Brian O'Rourke told NPR that Czaplak immediately complied with the judge's order. "When the judge issued his ruling, the prosecutor was informed and at that point was no longer part of the prosecution team," O'Rourke said.

He said he texted Czaplak afterward and that the prosecutor was unlikely to speak to reporters. (Czaplak did not immediately respond to NPR's request for comment.)

At least four bar associations have denounced the use of such tracking software. The New York State Bar Association, of which Czaplak is a member, said it "may violate federal or state law."

It is unclear whether the trial, slated for June 10, will move forward as planned or be delayed.

It is also unclear whether the NCIS probe into the leaks has concluded or remains ongoing. Jeff Houston, a spokesman for the federal law enforcement agency, told NPR, "NCIS does not comment on ongoing investigations."

Gallagher, a 19-year veteran, faces life in prison. He is accused of committing multiple crimes while serving in Mosul, northern Iraq.

Prosecutors contend that in 2017, Gallagher sat on a sniper's perch and shot an elderly Iraqi man and a young woman. They say he used a knife to execute a captured 17-year-old ISIS fighter while a U.S. medic was treating his wounds — stabbing the teenager in the head and throat. He then allegedly posed for photos next to the fighter's body.

Gallagher has denied the allegations and pleaded not guilty. His attorneys say the teen died from injuries during an airstrike and that the SEALs testifying against him, under immunity, are resentful subordinates in his platoon.

The case took a turn in late May, when the judge unexpectedly freed Gallagher from custody as he awaited trial. The move came after the defense argued that prosecutors had violated Gallagher's rights to a fair trial through misconduct.

His wife, Andrea Gallagher, told Fox News he had been "entrapped in this nightmare" and "persecuted by our own government."

In May, Trump floated the idea of pardoning Gallagher and other service members convicted of war crimes, The New York Times first reported. The president tweeted his support for Gallagher, who was later relocated to a less restrictive confinement. Some conservative lawmakers have criticized the way he has been treated and support a potential pardon from Trump.

One of Gallagher's civilian defense attorneys, Marc Mukasey, has also worked as a lawyer for Trump. Mukasey said in court that he received an email tracker minutes after joining the case.