Despite Increased Spending, Homelessness Up 12% In Los Angeles County

Despite Increased Spending, Homelessness Up 12% In Los Angeles County 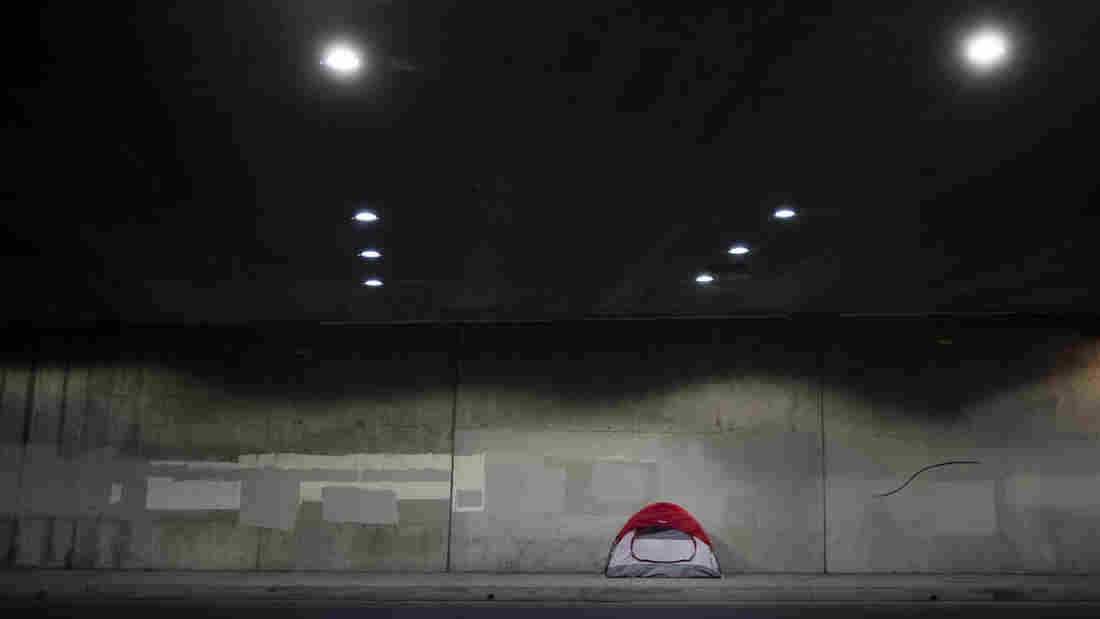 A tent is pitched on a sidewalk underneath the 110 Freeway in Los Angeles earlier this year. Los Angeles County has seen an increase in homelessness, and local officials blame rising rents and evictions. Jae C. Hong/AP hide caption 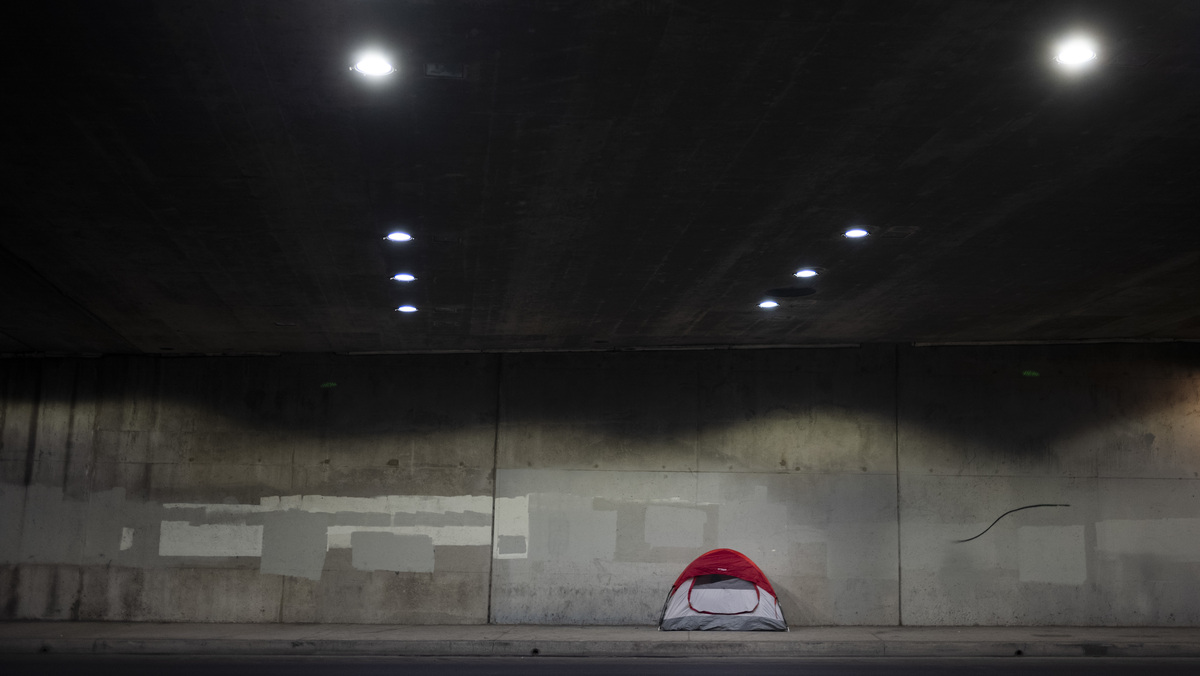 A tent is pitched on a sidewalk underneath the 110 Freeway in Los Angeles earlier this year. Los Angeles County has seen an increase in homelessness, and local officials blame rising rents and evictions.

Homelessness is up in Los Angeles County for the third time in four years. Numbers released Tuesday show nearly 59,000 people living on the streets or in vehicles — a 12% increase over 2018. That's despite two voter-approved tax hikes and more than $600 million spent last year by the city and county on social services and new supportive housing.

Officials blame rising rents and evictions, which they say are pushing people into homelessness faster than the city or county can catch them. Since 2000, LA County's median monthly rent has risen 32%, to $2,471, while household income has stagnated, according to the nonprofit California Housing Partnership.

That has created a steady flow of people into homelessness, says Peter Lynn, executive director of the Los Angeles Homeless Services Authority, a city-county agency.

"Hundreds of thousands of Angelenos are on the edge of homelessness, and that has been the case for quite a while," Lynn said. "We're essentially catching up ... and we have a ways to go."

In a statement, Los Angeles Mayor Eric Garcetti said, "These results remind us of a difficult truth: skyrocketing rents statewide and federal disinvestment in affordable housing, combined with an epidemic of untreated trauma and mental illness, is pushing people into homelessness faster than they can be lifted out." He also said that in the coming months and years, street cleanups and new housing "will start making a visible difference on our streets and sidewalks."

Renea Baca, 36, experienced the spiral into homelessness, losing her home in March. Until then she was scraping by on the fringes of the rental market, leasing a commercially zoned space above a tattoo shop in mid-city for $750 a month. She cobbled together a living booking sessions on recording equipment that she owns, background acting and waitressing at a coffee shop. But then the rent went up, the coffee shop closed and Baca was forced to move out. That meant putting her recording gear into storage, losing another chunk of income. So she signed up to be an Uber driver, partly because she didn't have a car and could lease one through the company. "At least if I have a car, I have some sort of shelter," she said. Since then she has slept in the car a few times but mostly crashes on a friend's floor in North Hollywood while searching for other housing options. She recently looked into applying for a Section 8 low-income rental voucher but found that LA's waiting list is closed. 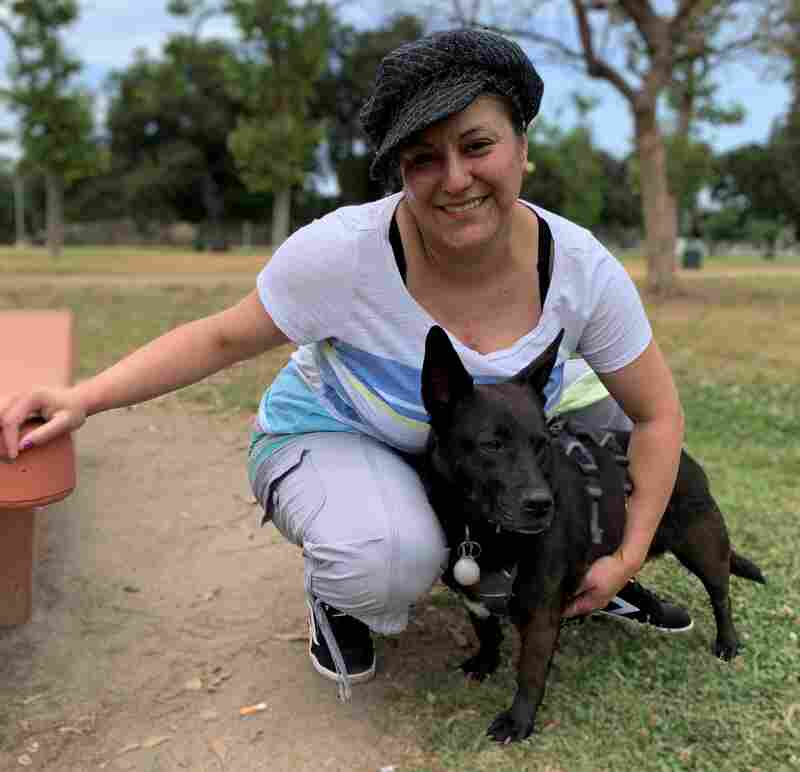 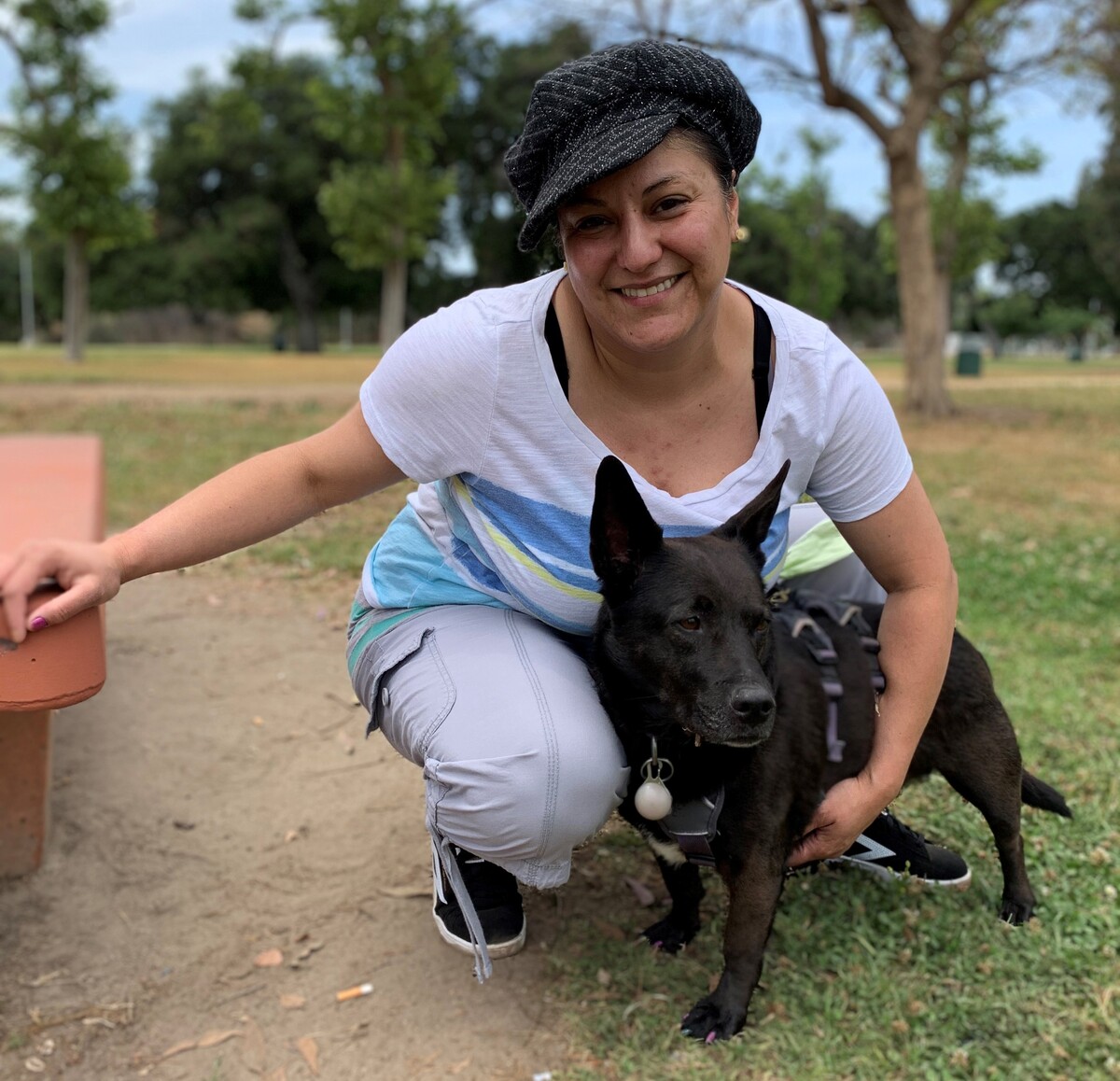 Renea Baca, 36, experienced the spiral into homelessness, losing her home in March.

Baca's experience is typical of what happens when people lose housing, experts say — not a sudden tumble onto the streets, but a slow downward slide.

"Most people who are falling into homelessness for the first time don't necessarily identify with the concept that they are homeless," said Emily Uyeda Kantrim, who heads Safe Parking LA, a nonprofit that serves people living in vehicles. She says it's difficult to find housing assistance, such as short-term rental vouchers, for her clients, because the county prioritizes people who have been unsheltered longer. Kantrim argues that Los Angeles needs a stronger safety net for the newly homeless, because the longer people go without homes, the more likely it is that their problems snowball, making the overall crisis worse in the long run.

"Why would we, as a society, wait for them to go through additional traumas and then have higher needs to address them?" she asked.

Officials say they simply don't have the resources to house everyone, so things like rental vouchers and subsidized apartments generally go to the people least likely to get back on their feet on their own. And for all the tens of thousands of people included in the annual homeless count, many thousands more experience short bouts of homelessness throughout the year.

"Because the inflow of people into homelessness is so great," said Phil Ansell, who oversees homelessness programs for LA County, "it's really important that we try to help people, frankly, with the least resources necessary."

Ansell and other officials also say that LA taxpayers' investments are paying off. Last year Los Angeles' social services system housed 21,631 people, more than ever before. For comparison, other counties surrounding Los Angeles, such as Ventura, Orange and Kern, saw more than double or even triple LA's percentage rise in homelessness this year.

Still, LA's latest count reveals increases in nearly every subset of the homeless population, from youth to senior citizens. The number of chronically homeless, who have been on the streets for a year or more, is up 17 percent.

Mayor Garcetti has promised to build 10,000 new units of permanent supportive housing for the chronically homeless in the coming years. But with nearly two-thirds of the budget already committed, only about 5,000 units have been approved, and only one project has opened. The city is studying ways to build the housing more cheaply and quickly.

Meanwhile, this summer, LA County officials plan to expand programs aimed at the newly homeless, including opening more parking lots to people living in cars, with access to restrooms and services. They're also planning to roll out new one-time emergency cash grants meant to help people from falling into homelessness in the first place.