Accessibility links
Carnival Cruise Lines Hit With $20 Million Penalty For Environmental Crimes The company has a long history of dumping plastic trash and oily waste from its ships, with violations dating back to 1993. In 2016, its Princess subsidiary agreed to pay $40 million for pollution. 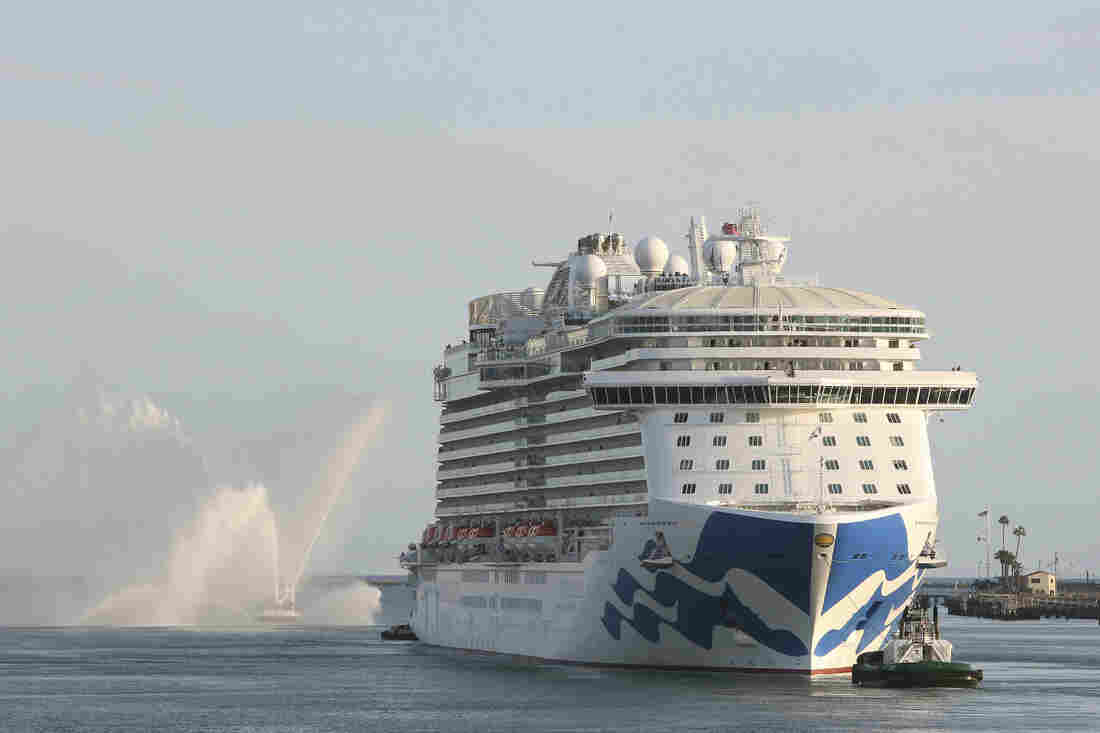 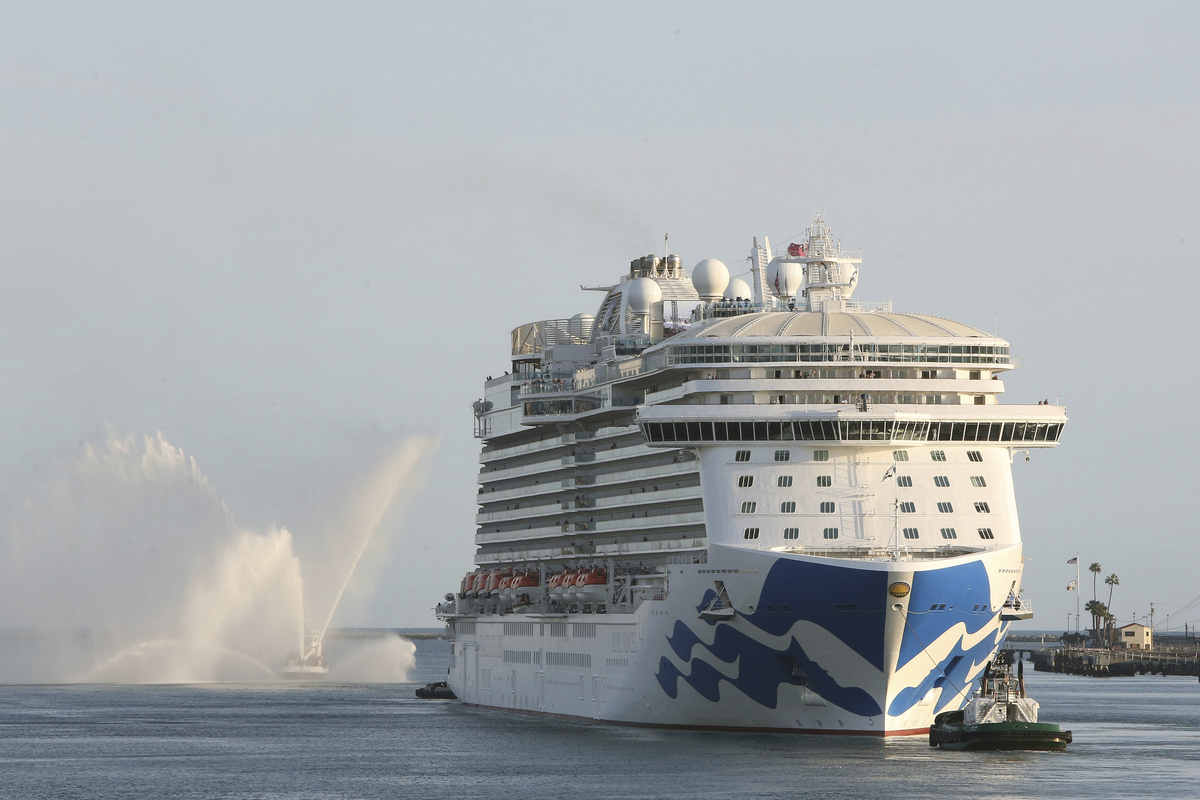 Princess Cruise Lines and its parent company Carnival Corporation have agreed to pay a $20 million criminal penalty for environmental violations.

The cruise line giant Carnival Corporation and its Princess subsidiary have agreed to pay a criminal penalty of $20 million for environmental violations such as dumping plastic waste into the ocean. Princess Cruise Lines has already paid $40 million over other deliberate acts of pollution.

U.S. District Judge Patricia Seitz approved the terms of the deal during a hearing Monday in Miami. She had appeared to grow increasingly frustrated as the company continued to flout environmental laws during the course of the years-long case.

"You not only work for employees and shareholders. You are a steward of the environment," she told Carnival CEO Arnold Donald, who attended the hearing with other senior executives. "The environment needs to be a core value, and I hope and pray it becomes your daily anthem."

Miami-based Carnival pleaded guilty Monday to six probation violations, including the dumping of plastic mixed with food waste in Bahamian waters. The company also admitted sending teams to visit ships before the inspections to fix any environmental compliance violations, falsifying training records and contacting the U.S. Coast Guard to try to redefine what would be a "major non-conformity" of their environmental compliance plan.

"I sincerely regret these mistakes. I do take responsibility for the problems we had," Arnold told the judge. "I'm extremely personally disappointed we have them. I am personally committed to achieve best in class for compliance."

Carnival has had a long history of dumping plastic trash and oily discharge from its ships, with violations dating back to 1993.

Environmental groups such as Stand.earth say they are tired of seeing the company hit with penalties "that cannot even be characterized as a slap on the wrist."

"Today's ruling was a betrayal of the public trust and a continuation of the weak enforcement that has allowed Carnival Corporation to continue to profit by selling the environment to its passengers while its cruise ships contribute to the destruction of the fragile ecosystems they visit," Kendra Ulrich, a senior shipping campaigner at Stand.earth, said in a statement.

When Princess was fined the $40 million in 2016, the Department of Justice called it "the largest-ever criminal penalty involving deliberate vessel pollution." The company also agreed to plead guilty to seven felony charges for violations on five ships starting as early as 2005.

In 2013, a whistleblowing engineer exposed the illegal dumping of contaminated waste and oil from the company's Caribbean Princess ship. He told authorities that engineers were using a special device called the "magic pipe" to bypass the ship's water treatment system and dump oil waste straight into the ocean. The company also tried to cover up this practice from investigators, according to the Justice Department.

At the time, Princess told NPR that it chalked up the violations to "the inexcusable actions of our employees."

Part of the 2016 plea agreement required ships from eight of Carnival's companies to submit to court-supervised monitoring, which is how the most recent violations were discovered.

Judge Seitz had recently threatened to block Carnival from docking at U.S. ports. She also had requested that the company's senior executives attend Monday's hearing because she said she was convinced they weren't serious about complying with environmental laws.

In addition to the $20 million criminal penalty, Carnival has agreed to pay for 15 annual audits — on top of about three dozen ship and shore-side audits it's already on the hook for — and says it will restructure its corporate compliance efforts. If the company does not meet court-imposed deadlines for that restructuring, it will be fined up to $10 million per day.