Accessibility links
Former Parkland School Security Officer Charged With Child Neglect Scot Peterson, if convicted, could get more than 96 years in prison. He is charged with criminal counts that include child neglect, culpable negligence and perjury. 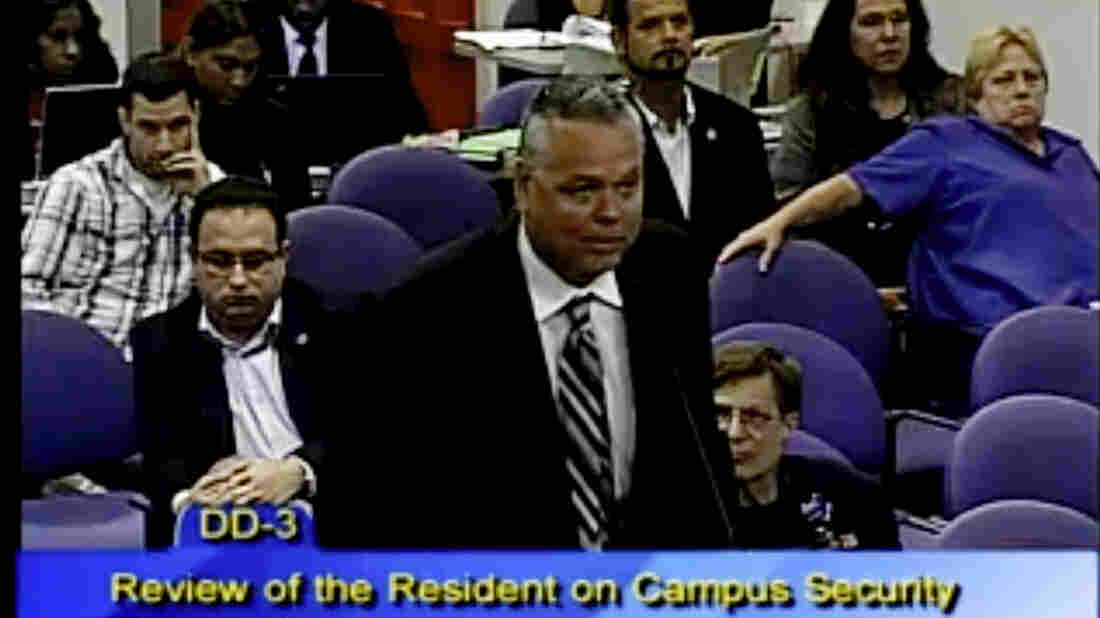 In this 2015 photo, then-school resource officer Scot Peterson spoke at a school board meeting of Broward County in Florida. Peterson was arrested on Tuesday and faces 11 charges in the wake of the Marjory Stoneman Douglas High School shooting. Broward County Public Schools via/AP hide caption 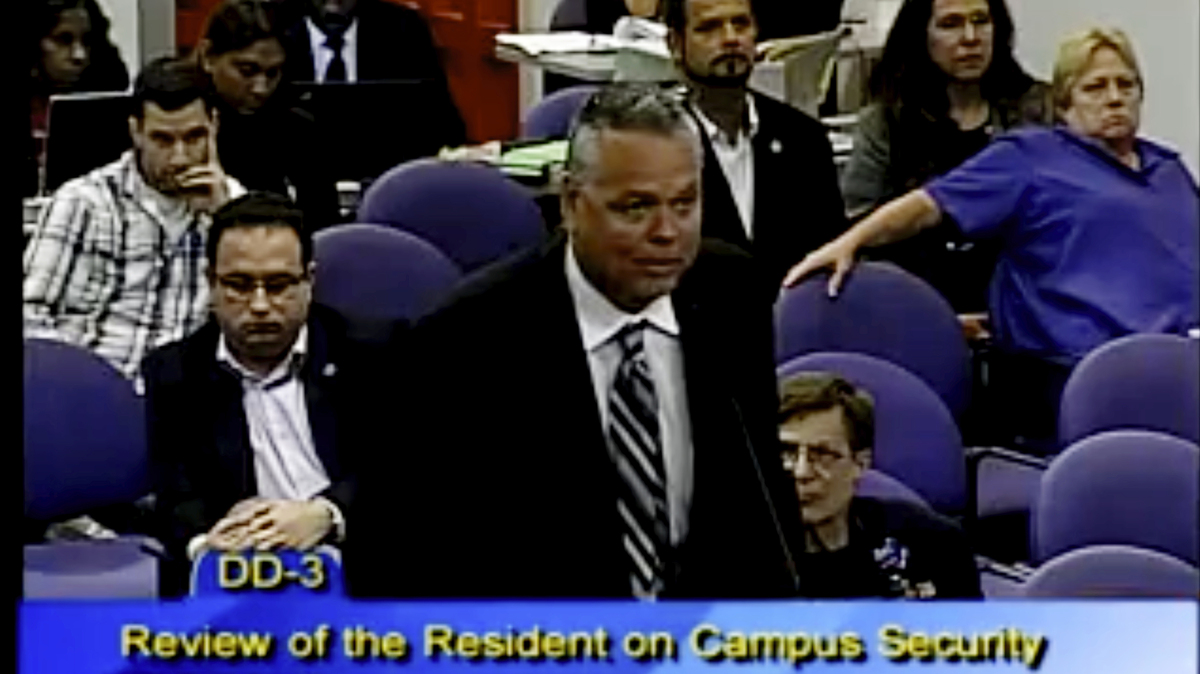 In this 2015 photo, then-school resource officer Scot Peterson spoke at a school board meeting of Broward County in Florida. Peterson was arrested on Tuesday and faces 11 charges in the wake of the Marjory Stoneman Douglas High School shooting.

A deputy who was blamed for failing to intervene as a shooter attacked Marjory Stoneman Douglas High School in Parkland, Fla., has been arrested and charged in connection with the rampage.

Family members of victims and other attendees at a public safety commission meeting cheered the announcement, WLRN reported.

Peterson didn't go into the building where 17 people were eventually killed. Instead, he hid for 48 minutes at the base of a stairwell after the first shots were fired, according to a Public Safety Commission report published in January.

Peterson was arrested Tuesday after a 14-month investigation, the state attorney's office said.

The statement said agents from the Florida Department of Law Enforcement interviewed 184 witnesses about how deputies and other responders behaved on the day of the shooting. The agents reviewed hours of video footage and wrote more than 200 reports.

"The FDLE investigation shows former Deputy Peterson did absolutely nothing to mitigate the MSD shooting," Commissioner Rick Swearingen said in a statement. "There can be no excuse for his complete inaction and no question that his inaction cost lives."

After the massacre, Peterson retired from his job with the sheriff's department. Families of victims filed dozens of lawsuits against the school board and Peterson.

The lawsuits allege that he "wantonly and willfully disregarded" policies and procedures. Peterson's attorney, Joseph DiRuzzo, described the lawsuits as lacking "merit" and asserted that they would be challenged "vigorously."

DiRuzzo did not immediately respond to NPR's request for comment on Tuesday.

If convicted, Peterson, now 56, faces the possibility of spending more than 96 years in state prison.

Authorities said his bond would be set at $102,000, and he would be required to wear a GPS monitor, surrender his passport and relinquish any firearms while the case is pending.